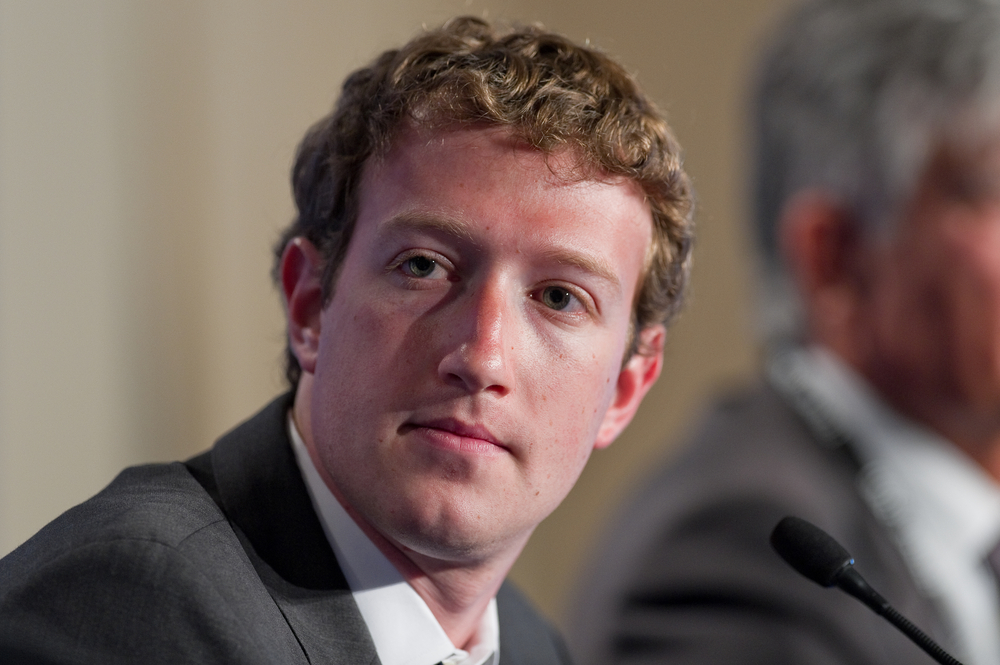 Zuckerberg Has Gone TOO FAR

A Story Told in Two Op-Eds

In an op-ed for the New York Times, Hughes wrote that Facebook has gotten so big, Mark Zuckerberg now has more power than any one lizard person from outer space should ever have:

“Mark’s influence is staggering, far beyond that of anyone else in the private sector or in government,” writes Hughes. “He controls three core communications platforms — Facebook, Instagram, and WhatsApp — that billions of people use every day.

“Facebook’s board works more like an advisory committee than an overseer, because Mark controls around 60 percent of voting shares. Mark alone can decide how to configure Facebook’s algorithms to determine what people see in their News Feeds, what privacy settings they can use, and even which messages get delivered.”

Hughes was one of Zuckerberg’s merry band of dorks who built Facebook from the ground up in a Harvard dorm room. 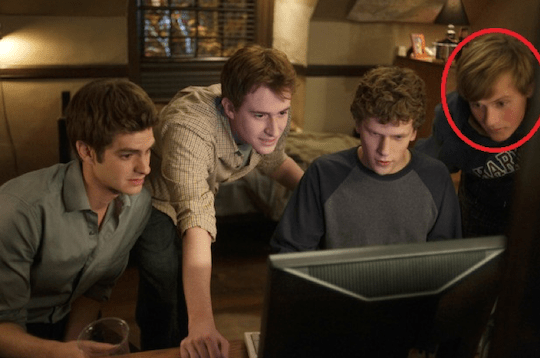 Chris Hughes as portrayed by Patrick Mapel in The Social Network, circled in red because you definitely don’t remember him.

The 35-year-old entrepreneur hasn’t actually worked at the company in over a decade and has since liquidated all of his Facebook shares. But as one of the co-founders, he feels he has “a sense of anger and responsibility” to speak up before it’s too late.

“Facebook has earned the prize of domination,” writes Hughes. “It is worth half a trillion dollars and commands, by my estimate, more than 80 percent of the world’s social networking revenue. It is a powerful monopoly, eclipsing all of its rivals and erasing competition from the social networking category.

“The company’s mistakes — the sloppy privacy practices that dropped tens of millions of users’ data into a political consulting firm’s lap; the slow response to Russian agents, violent rhetoric and fake news; and the unbounded drive to capture ever more of our time and attention — dominate the headlines.”

If all this sounds familiar, it’s because presidential candidate Elizabeth Warren floated a similar idea on the campaign trail. (Off topic: I wonder how Warren is feeling about comparing herself to Khaleesi after last night’s episode of Game of Thrones.)

For its part, Facebook has said it would welcome more regulation. Although Zuckerberg is gunning for the kind of soft regulation that would hoist the problem of governing free speech on Facebook on a third party and wash his hands of any responsibility.

“Facebook accepts that with success comes accountability,” he wrote. “But you don’t enforce accountability by calling for the breakup of a successful American company.”

In the op-ed, Sir Egg points to China’s rapidly growing social media industry, arguing that the world is bigger than the U.S. By hamstringing Facebook, the U.S. government would be paving the way for China to dominate the social media space and create a true global monopoly.

Clegg (or Clegg speaking for the entity known as Facebook) also claimed that Hughes had a fundamental misunderstanding of U.S. antitrust law.

“These laws, developed in the 1800s, are not meant to punish a company because people disagree with its management. Their main purpose is to protect consumers by ensuring they have access to low-cost, high-quality products and services.

“And especially in the case of technology, rapid innovation. That is exactly where Facebook puts its attention: building the best products, free for consumers, and funded by advertisers.”

The dueling op-eds seem to have rekindled an issue that most folks seemed to care little about when it was first floated by Warren last month.

With the renewed attention, there’s a good chance this will be a linchpin topic in the coming presidential debates.

What do you think? Is Facebook too powerful for any one person to control? Should it be broken up? Or should the tech sector be allowed to evolve and change dynamically?

Click here to email us your answers and we’ll feature your comments in tomorrow’s Reader Comments section.

Startups Lending to Millennials for Rent

Today in bad-financial-decision news: millennials living in high-cost cities are taking loans from startups to pay their rent.

Yes, despite what 100% of personal finance blogs would have you believe, cutting down on lattes and avocado toast isn’t going to help you make your rent if you live in one of the most expensive cities in the world.

So young millennials are taking out loans from startups to cover their rent until they “make it or whatever.”

Startups like StayTony, Domusa, and Uplift offer loans to renters who need help:

It sounds like a payday loan scheme for millennials (because it kinda is). But unlike predatory payday loans which can tout interest rates of 700%, most of these loans come with an interest rate closer to 20% — which is comparable to a credit card.

So, sure, this could be a valuable service for self-employed millennials who are making enough money to cover their costs but can’t count on a regular pay structure to make sure they have that monthly rent.

The problem is: these loans enable millennials to live way above their means. 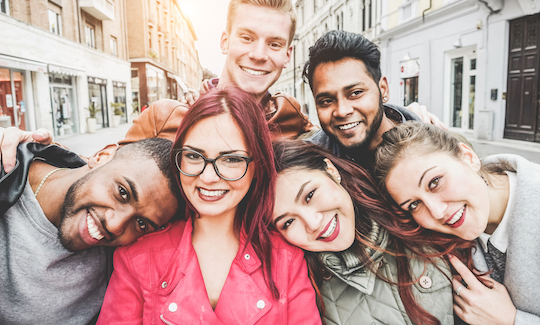 “LOL. We’re just like F*R*I*E*N*D*S except hundreds of thousands of dollars in debt.”

Doe-eyed puppies, fresh out of college with no job history can use these loans to rent their dream apartment in New York or L.A. (“Whoa dude! Is that a fireman’s pole!?”)

But if nobody picks up their Netflix series about anime cakes or however kids make money these days, they’re going to have to keep borrowing to cover their rent. And the more they borrow, the harder it gets to make the rent.

It’s a cycle of self-destruction. And the exact same trap the previous generation fell into with credit cards. (How else were we supposed to afford our Discmans and iMacs?)

And they’re going to have to get out of it the same way the boomers did:

If you’re a regular reader, you already know how I feel about taking on debt. It sucks, it’s unnecessary, and nine times out of 10 it’s a bad idea.

And there is a better way.

Or you could make an extra $3,000 in income every month with this income strategy and keep your paycheck for those avocado cappuccinos.

A grandmother in Ohio could just as easily use this strategy to build a retirement fund on the fly. In fact, this “2-Minute Retirement Rescue” was originally designed to give retirees an instant income that could make a real difference in their quality of life.

Click here to watch James Altucher show two beginner investors how to generate an instant income. (And they get to keep the cash!)

Assange is currently serving 50 weeks in a British jail cell (similar to an American prison cell, except they call the toilet “biscuit bog”) for skipping bail and chilling out in the Ecuadorean embassy for eight years.

Catlateral damage: Assange was evicted from the embassy for hacking their emails, skateboarding indoors, and refusing to clean up after his cat. (Truly, this man is one of the great heroes of our time.)

After serving his sentence, Assange was expected to be extradited to the U.S. to stand trial for exposing classified military information. But now, the U.K. is in the uncomfortable position of having to choose who gets a shot at the notorious cyber hacker first. (Assange must feel like the prettiest dumbass at the ball.)

The general consensus among lawyers is that the sexual nature of the Sweden case will give it priority. But the high profile and political nature of the U.S. espionage case makes the decision a diplomatic minefield.

Assange plans to challenge both extradition charges in U.K. courts, but the U.K. doesn’t seem super jazzed at the prospect of protecting Julian and his cat he doesn’t clean up after.

Starting an article on bitcoin with the Mark Twain quote “the reports of [bitcoin’s] death have been greatly exaggerated” is lazy, hack journalism at best.

But it’s late on a Monday afternoon and it’s cheeseburgers for dinner, so…

“The reports of my death have been greatly exaggerated.”
— Bitcoin Twain

Bitcoin has continued its rapid-paced recovery this weekend, briefly breaking $7,500 for the first time since August of last year. (Which means your weird nephew is going to start talking about it every time you invite him to dinner again.)

Bitcoin paired off some of those gains almost immediately to settle back in for a lazy Sunday at about $7,200.

But when the various news outlets picked up on the news this morning, the value of a single coin shot up to $7,820.

This comes as no surprise to our tech trends expert James Altucher who was predicted bitcoin’s revival even as almost every other financial publication had pronounced it dead and over.

Is there a new crypto bull run on the horizon… or has it already started?

We capped off the end of the week with a deep dive into the Chinese trade war. We asked you if Trump’s 25% tariffs was a strong negotiating move or if he overplayed his hand. Two unusually level-headed responses for a Friday afternoon caught my eye. Take it away, folks:

I know Trump professionally from his early years as a developer. (Don’t interpret that to mean that he even knows I exist!) He is very gutsy – (some people call it over-confident) an extraordinary negotiator – and he works around the clock! And he’s nobody’s fool. That being said – he is not polite or very articulate and can cut you down to size. But I don’t care about his delivery – I care about results. Let’s look back on the politicians that sold this country down the river by these terrible trade deals that served their political aspirations but they either didn’t have the intellect or the loyalty to the American people… which is it? — Vikki j.

The biggest problem here is that the President doesn’t understand how tariffs work. He keeps talking about China paying this tax. That’s why he sees this as a negotiating win. I am sure his staff has explained to him how International trade works, it just isn’t sinking in. This issue came up previously as he described how the new tax on imports from Mexico would pay for the wall, ignoring the fact we would be paying that tax! He has also talked about how the U.S. “gives” China $800 billion, misrepresenting what a trade deficit actually means. Much of this could be explained as writing a narrative or stretching a metaphor. One has to hope that at least the trade negotiators have a firm grasp of the fundamentals. — David B.

I don’t know David. I think Trump demonstrated in the Hollywood Access that he had a firm grasp of the fundamentals.