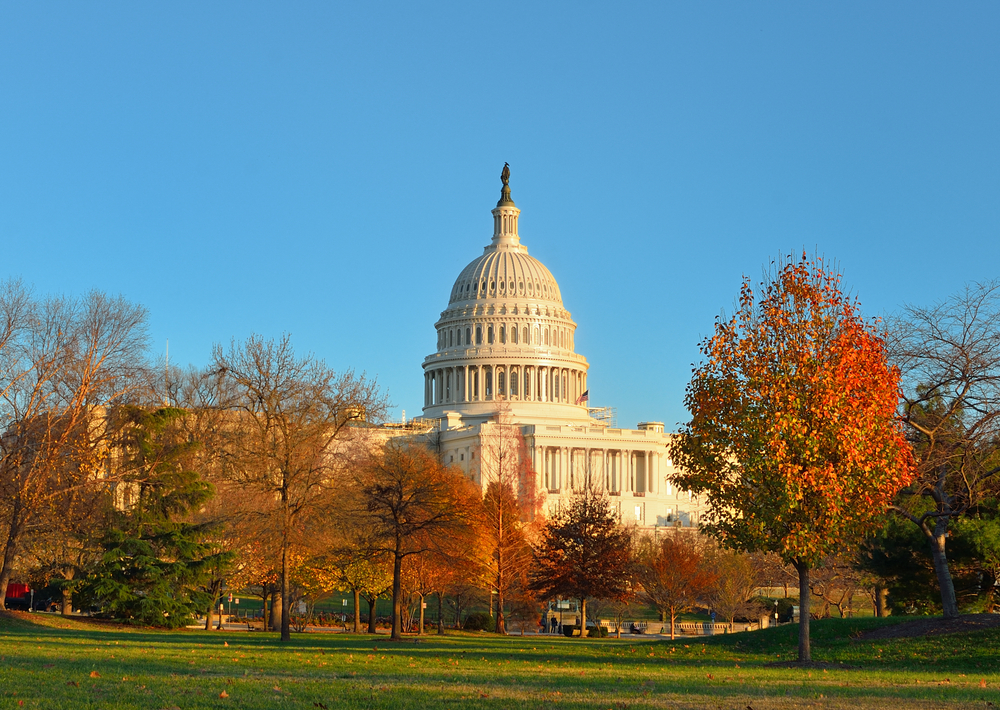 Your America Can Change Overnight

If you could change anything about our country… what would it be?

I’m talking absolutely anything here. The ultimate power to better everybody’s lives with the snap of a finger.

Our government. Our economy. Our society.

What broken system should be scrapped entirely?

What used to be better or never was as good as it should be?

I’m putting no limits on this.

Click here to email me now and let me know. I’m going to take the best ideas and compile them into a Money & Crisis manifesto for a better America.

In today’s issue of Money & Crisis, I asked the self-made millionaire James Altucher the very same question… and this is what he said.

P.S. Sick and tired of giving your best work to ungrateful, miserable bosses? Check this powerful income-building strategy for pulling $3,000 out of the stock market every month and tell your boss to shove it.

My Choose Yourself State of the Union

Yes, I once considered running for Congress (after watching season one of House of Cards).

Yes, I was disenchanted by the immediate emphasis on money and the idea that I had to be willing to cave in to most of my principles if I wanted any help at all along the way. And I had to pay if I wanted someone to endorse me.

Authenticity and logic behind my principles plays no role at all.

Once you are elected, you have already graduated to Politics 501 and any pure and sincere beliefs you ever had have long since been abandoned. This I saw.

So now I just write and BS about it.

Much more fun. Better to invest in things that will help humanity than deal with the nuances of things that won’t change.

Every month I put my efforts behind new charities or projects or businesses that actually help people.

Clean your room before you save the world.

BUT… here are a few ideas that I think can easily be fixed to make the world an enormously better place on every level.

People aren’t getting drugs they need.

How come? Because it costs $2 billion, five-plus years, and a lot of lobbyists to get a drug approved by the FDA.

And because it costs so much, drugs are super expensive. Soliris, which cures “paroxysmal nocturnal hemoglobinuria” costs $700,000 a year so they can recoup their approval costs.

It would cost $70 a year otherwise.

And bad drugs are getting approved. More drugs are being recalled every year than the year before.

So what good does the FDA do anyway?

Let’s move to a Yelp-style system and let people take control over their own medical lives with the help of both doctors and data.

Result: Life-saving drugs will be 1/1000 the price. Treatments will be easier to access and cheaper. And people will become more informed about their own bodies.

Needless to say, all drugs should be legal. This would reduce the burden on the legal system, the prison system, and focus our efforts on the mentally ill and addiction issues (since addicts will get their drugs no matter what the laws are).

I get it. Get everyone “educated”.

I won’t even argue my education points here. Just the economics of backing student loans.

The government backs student loans, thinking that this will cause more students to be educated.

What happens is that college presidents are increasing tuition at a rate 10x faster than inflation, knowing that they will get paid, even if the student gets screwed.

Student loan debt is higher than a trillion dollars and it’s the only debt you can’t get rid of in bankruptcy.

So graduates now get crappy jobs to pay down the loans instead of participating in the innovation economy, the part of the economy that produces all of our advances in technology, biotechnology, alternative energy, etc.

In other words, the part of our technology that creates true wealth for young people and saves the planet at the same time.

Instead, we are raising a generation of slaves to the banks and the government.

This is not a rant against college. If the government stops backing student loans, tuition will go down, less debt will be created, and young people from lower class backgrounds will have more opportunity to be wealthy entrepreneurs.

What a waste of time.

We had an election in November 2016. We had midterms at the start of this month.

Guess how many bills the President of the United States has proposed and had passed by Congress since 2016:

The President actually has very few powers mandated by the Constitution. He can’t declare war (the last “official” war was 1941). He can’t pass laws (he can recommend). He can negotiate treaties but not pass them.

He can entertain foreign leaders (and I’m sure we can find better entertainment). He can pardon people. He runs the military (poorly, if history is any judge). He creates new cabinet-level departments (poorly, if history is any judge). He appoints Supreme Court Justices (a power that can just be outsourced to the people: if we elect the President, who appoints the Justices, why not just go direct to elect the Justices?).

I was going to say the same thing about Congress but then realized I was wrong.

“H.R. 3942: Housing for Survivors of Sex Trafficking Act”. It amended some other bill providing housing for victims of abuse to include victims of sexual trafficking.

The role of government is to help those who, for whatever reason, cannot properly help themselves at the moment.

In some cases, we need a Federal agency to do this. In most cases, state and local governments should do this.

Quite frankly, wealthy entrepreneurs should do this.

Within the next day I’m going to figure out how to donate to housing for victims of sexual trafficking so I can put my money where my mouth is. If anyone has any suggestions (I think there should be more crowd sourcing of charity) then I am open to it.

The one bill passed by Congress (and approved by Trump) has been tax reform.

For instance, 16% of my taxes go to support “defense” (really: offense) and wars the US pursues.

So some of my hard-earned money, that I could have used to hire people or invest in people or help create new and great things were used to kill little kids.

I once wrote this and someone responded back, “If I saw you in the street I’d bash your head in you little Jew. I’m a patriot!”

51% of my taxes are used for social security and Medicare. This is a good use. EXCEPT, drugs are too expensive because of A) the FDA, and B) doctors know they can raise prices and the government would pay.

Banning the FDA is a good start. And then let’s see what happens with doctors raising prices when generics are completely legal from the beginning.

And here’s a quick way to raise a lot of money in the United States, paying off the entire national debt, while still lowering my hard-earned taxes:

Because they are afraid to bring it back here and get it taxed.

Solution: Let them bring it back with a one-time bare minimum tax. For every dollar they bring back they have to reinvest (i.e. not put in a bank savings account) and 10% of it per year distribute as dividends.

Does this let corporations off the hook?

No. They still have to pay a tax (as opposed to the zero tax they are paying right now) and they have to reinvest in jobs or other opportunities or return to shareholders.

Does this help the common taxpayer?

Yes. There is something called the “money multiplier”. For every dollar spent, it goes through the economy, on average, ten times.

What does that mean?

A single dollar is passed around per year many times.

So $2.6 trillion abroad could equal an additional $26 trillion spent on the U.S. economy.

Is this trickle-down economics?

No, it has nothing to do with that. It’s just simple: the more money in the U.S. economy, the better the economy will be.

Is this overly simplistic?

Sure. But let’s start somewhere. “Complicated” never seems to work.

Industries like Pharma, Insurance, and Defense spend billions on lobbying in Washington DC.

Why do they need to spend so much money? If they are really educating people on facts, what is costing so much?

Here’s my solution: congressmen have to vote FROM HOME in their districts.

It’s important to always understand the history of why decisions were made.

The reason our “Founding Fathers” thought it wise to have a Congress that meets in one place is because… there were no phones then. No internet. No way to communicate over vast distances.

The improvements in communication should be reflected in a modern-day government instead of a centralized location with tons of bureaucracy and extra weight on spending our hard-earned money.

These are just a few items.

But if a list becomes too big, it’s easy to ignore.

When I focus on how to best change my life, I take the two or three most important items I want to change, I break them down to smaller and smaller items.

And I begin my work. Every day I ask: did I move in the direction I set out on the map?

Then my life changes.

P.S. Need to build a startup fund fast? Check out my powerful income-building strategy. You can use this technique to yank $3,000 out of the stock market every month. Click here and I’ll show you how to do it yourself. Don’t delay. You only have until midnight Sunday to take me up on my offer.