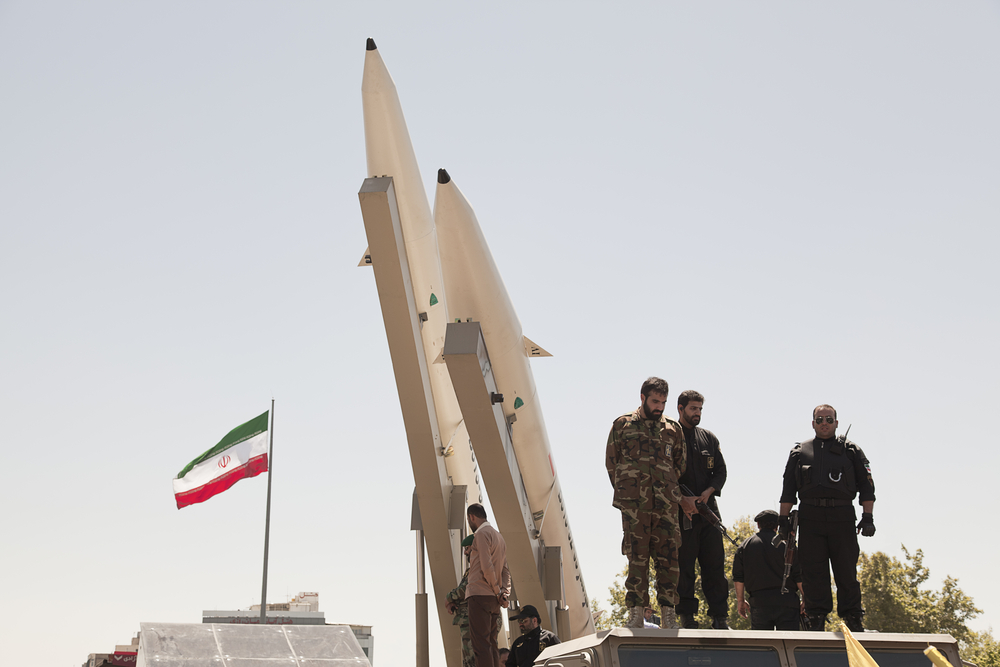 Is This the Start of WWIII?

After two weeks of rest, relaxation, and treating my body like a dumpster for meat and alcohol, I’m ready to jump feet first into 2020 with a fresh and positive outlook on life.

You know, I think this is the year we work it all out, guys. I really do. 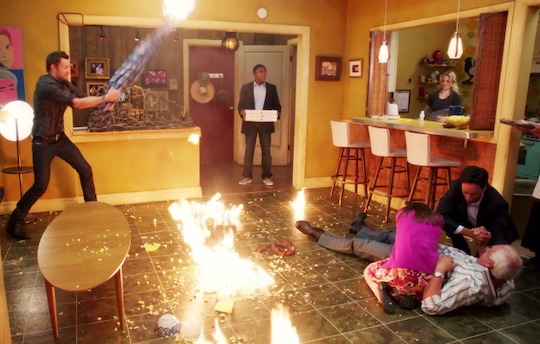 Late last night, Iran’s top military commander was killed in a U.S. drone strike, cutting short his New Year’s resolution to go to the gym more and not be assassinated by an invisible sky robot.

Just moments before I made the terrible decision to watch HBO’s entire Chernobyl miniseries on a transatlantic flight, a Reaper drone fired missiles into a convoy leaving Baghdad airport, killing Iran’s Major General Qassim Suleimani along with several officials from Iran-backed Iraqi militias (who probably should have waited for the next Uber).

A statement from the Pentagon released late last night said Suleimani was planning attacks on Americans across the region and the drone strike was a preemptive strike to clear his itinerary.

“This strike was aimed at deterring future Iranian attack plans. The United States will continue to take all necessary action to protect our people and our interests wherever they are around the world.”

Suleimani’s body was identified by his ring, which looks like a contrived plot device from an Agatha Christie novel created for the sole purpose of identifying a mutilated body/faking one’s own death. 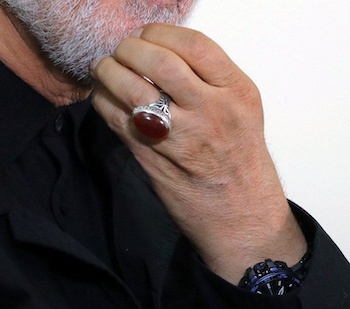 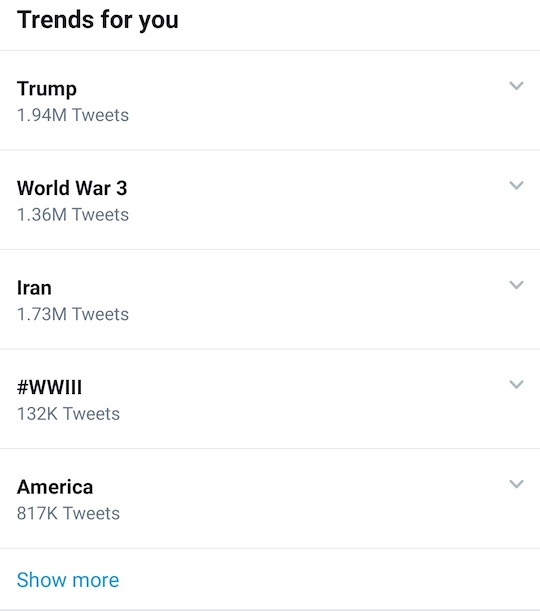 I find that even a hint of WWIII before breakfast to be terribly upsetting. But before you start battening down the hatches and siphoning fuel from your neighbor’s Toyota Camry, it’s worth taking a breath and trying to parse exactly what’s going on here.

For one, who is this dude and why is it such a big deal that we turned his Jeep into a tasteful beer coaster?

You might not recognize the name, but Suleimani is something of a military celebrity in the Middle East (well, as much as a celebrity as you can be as the “Shadow Commander” of Iranian secret ops).

It wasn’t an understatement when the New Yorker called Suleimani “the single most powerful operative in the Middle East today” in a 2013 article about how scary this dude is.

This is the guy behind almost every significant operation by Iranian intelligence and military in the last 20 years.

He assassinated rivals, armed insurgents across the region, and puppeteered a network of militias and militant groups that killed hundreds of Americans in Iraq. (And microwaved fish in the mess tent.)

Because of their decentralized nature, it’s easy to underestimate just how many Iran-backed militias are active in the region. So for a bit of perspective, here’s a screenshot of a militia mapping project by the Washington Institute: 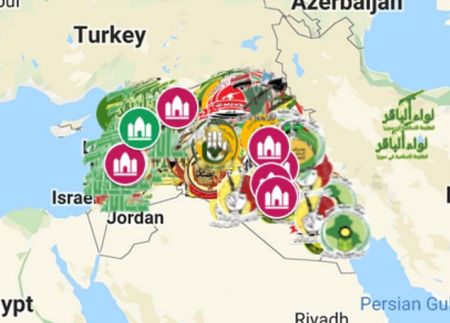 It’s hard to get an exact number, but I would estimate it’s somewhere in the region of “too many.”

The U.S. Department of Treasury has sanctioned Suleimani multiple times for his role in supporting Syria’s bloody dictator and former eye doctor Bashar al-Assad (not a joke) and for abetting terrorism. And, in my non-expert opinion, the guy just kinda looks like an asshole.

Yet, with all that said, he seems to be well-liked enough back on his home turf.

Suleimani garnered major support in the region for his role in beating back ISIS (but to be fair, nobody liked ISIS). Right up until his assassination, he had a higher approval rating among Iranians than the Supreme Leader of Iran, Ali Khamenei.

(And the whole point of being a Supreme Leader is that you can treat your people like crap and fudge the poll numbers so it looks like they love you more than anyone else.)

Of course, as with all things in the Middle East, it’s a lot more complicated than it looks.

Many Iranians, who suffered at the hands of Suleimani’s forces in the protests leading up to Christmas, took to Twitter this morning to announce they were glad Suleimani is dead.

So, I don’t think it’s particularly controversial to say it’s a good thing that this dude and his tacky taste in jewelry have been wiped off the face of the earth (Don’t @ me Ali Khamenei).

However, it’s also true that we’ve killed one of the most powerful dudes in the Middle East, destabilizing an already volatile region. So it would be naïve not to expect some form of retaliation.

But what form will that retaliation take? Bombing Hawaii? Nuclear War? A global conflict unlike anything we’ve ever seen before? Catty tweets from the Supreme Leader!?

This Jan. 1 tweet from the Ayatollah has not aged well.

Ayatollah Ali Khamenei issued a brief statement this morning calling for three days of public mourning and, after that, the usual course of bloody revenge and stuff.

“[Suleimani’s] departure to God does not end his path or his mission,” the statement said, “but a forceful revenge awaits the criminals who have his blood and the blood of the other martyrs last night on their hands.”

What that “revenge” may be is anybody’s guess right now, but a full-blown world war or an attack on the U.S. mainland is highly unlikely (unless Russia does something batsh*t insane before the weekend is over).

What’s far more likely is guerilla attacks on Western targets in Iraq, which will become the battleground for yet another prolonged Middle East conflict. (Sorry Iraq. If you don’t want to be a battleground, you should get rid of all those wide-open spaces and stop dropping power-ups everywhere.)

“Let’s hope it doesn’t happen at all,” said BBC’s security correspondent Frank Gardner. “But if it does it’s most likely to be in the region.

“[Iran] have got very sophisticated car bomb technology. They’ve also got drone technology. And I think if they start to kill US servicemen in the region that will be a red line for President Trump, and he will escalate things even further.”

At time of writing, President Trump has yet to comment on the operation or address the Ayatollah’s call for revenge. But he did tweet out this cute little American flag:

Following the attack, the global stock market stalled, while oil prices surged at the prospect of a disruption to the global supply.

U-Haul says that the no-cool-kids hiring policy is aimed at creating a more healthy corporate culture. And I’m sure the fact that it will drastically decrease the company’s healthcare costs has absolutely nothing to do with it.

Smokers, chewers, and those that sleep with tobacco leaves pressed under their arm-pit who were hired before the ban will not be affected. So if you got in under the cutoff point, you can smoke 10 packs a day and breathe easy (or as easy as your 10-pack-a-day lungs will allow).

U-Haul officials said that in all 21 states where the ban will be implemented, it’s perfectly legal to not hire folks who use nicotine. In fact, in 17 of those states, it’s 100% legal to test employees for nicotine.

And now, I’m not entirely sure I’m not just reading the back of the Demolition Man VHS. 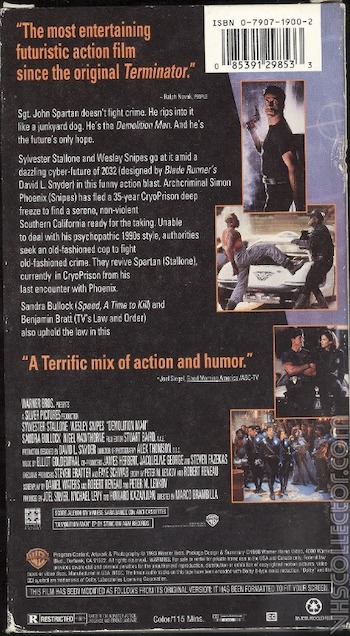 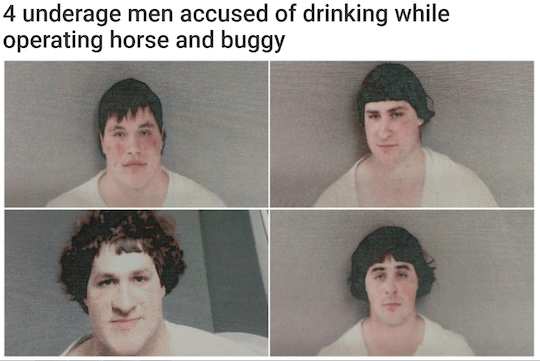 “Verily, the night is young, my brethren, and it is $6-margh night at the Tipsy Cow.”

To round out the all-new, all-positive, 2020 OLT, let’s throw it to our pals in Big Pharma.

They’re always good for a chuckle.

On New Year’s Day, while the entire country was pounding sports drinks and nursing its collective hangover, Big Pharma raised its drug prices an average of 5.8%.

Big Pharma typically set their prices twice a year: on New Year’s Day when everyone is too messed up to notice; and halfway through the year, right around the time when everyone stops caring and just wants the year to be over.

5.8% represents a slightly smaller price hike than last year, when average drug prices rose 6%. But saying that is about as comforting as being bent over a slightly nicer barrel.

This isn’t at all surprising to anyone who lives in this country and has had to interact with its healthcare system in the last decade.

The Trump administration has put pressure on drug companies to lower their prices but it’s had little to no effect.

According to researchers from the Scripps Research Translational Institute, at this rate, brand name drugs will double in price every seven to 10 years. (Despite the fact that the median household income for the middle class has remained unchanged since the 1980s.)

The healthcare industry presents a unique problem. Prices go up and up, but no matter how expensive certain medicines become, demand stays the same (because people don’t want to die and they have no choice but to pay).

This breaks the push and pull of supply and demand and allows Big Pharma to increase costs indefinitely. And the person who suffers is the consumer/patient. (Which is probably why one-third of all donations on GoFundMe are healthcare-related.)

“Prices go up but demand remains the same,” Michael Rea, CEO of Rx Savings Solutions told the Wall Street Journal yesterday. “Without the appropriate checks and balances in place, this is a runaway train. Consumers, employers and health plans ultimately pay the very steep price.”

Republicans and Democrats in Congress have drawn up proposals for lowering drug costs but none of them have made it to the Senate floor for a vote.

So for now, I guess we just have to live with this runaway train tearing through the country and making some folks very wealthy in the process. (Just like that one runaway train that kept crashing into banks.)