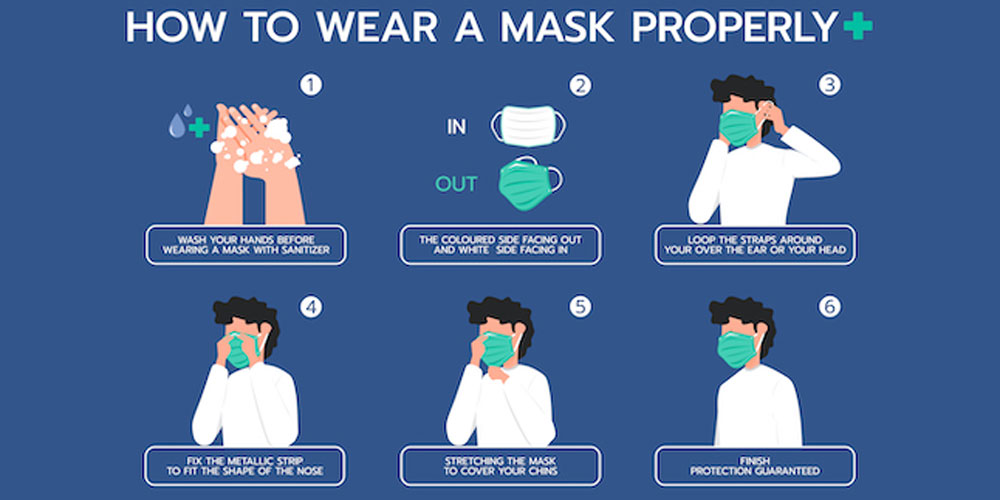 Why You Should Wear a Mask in Public

In 2009, at the Sasquatch festival in Washington, one man danced by himself like nobody was watching. 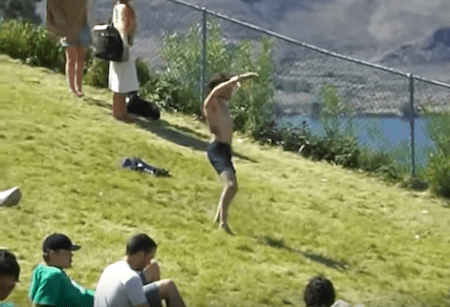 But people were watching (although some acted like they didn’t see him), and, at one point, another man joined in… 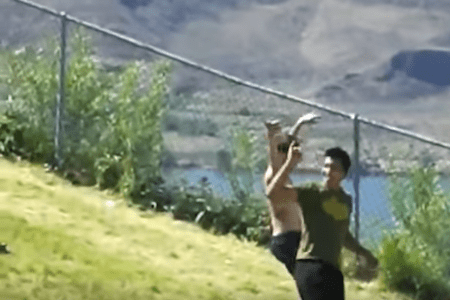 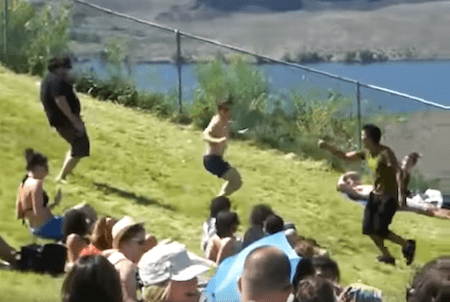 And then, all of a sudden, a tipping point was breached… 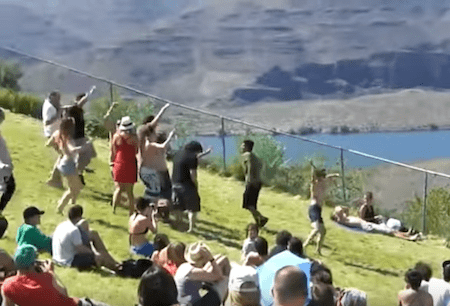 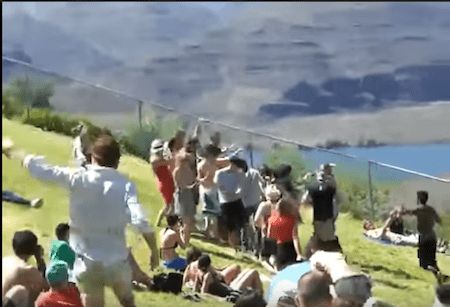 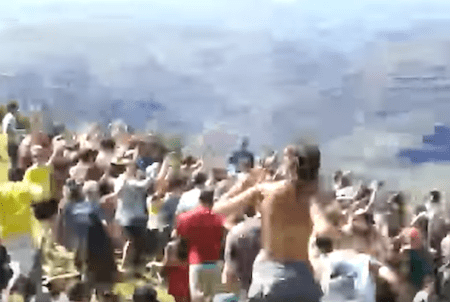 To be sure, this lesson can be used for good or for evil.

The scales can be tipped into social responsibility or pure, Dionysian, panic.

And, yes, this lesson has everything to do with this pandemic…

And it shows why you should, despite the low-level social stigma, wear a mask out in public.

In today’s episode, we’ll talk about:

– The soft tyranny of social norms: And why, not broken, they turn into hard tyrannies.

– 5 scientifically valid reasons you should wear a mask in public.

– Why masks are an important social signaling device: and why wearing one is an act of civil disobedience in the West.

– Why you don’t need to pay $100 for three on Amazon. You can make your own. (I’ll show you the popular DIY site many Hong Kong residents are using in a moment.)

– And the five stages of denial I encountered in one grocery store (and post office).

The Soft Tyranny of Social Norms

Social norms in Asia during pandemics are as follows:

And during flu season, if you’re sick, there’s social pressure to wear a mask.

They do this because it works.

And they get openly pissed when they see people coughing, sneezing, and heaving without wearing a mask.

Case in point: Vietnamese people have been royally outraged that Western tourists refuse to wear masks in public.

Which is why the country has dropped the hammer and banned the entry of tourists from the UK and Schengen nations.

So the story goes:

We don’t wear masks in the West not out of reason.

It’s because we have yet to be exposed to a pandemic bad enough to traumatize us and warrant the adaptation.

Masks don’t just help slow down the spread of infection — they are a useful social signaling device.

And rather than stigmatized they should be accepted, respected, and appreciated.

This article shows that any masks — even surgical masks — are better than nothing.

Furthermore, the WHO is now considering “airborne precautions” for medical staff after a study has shown the virus can survive in the air.

And it’s obvious, despite what you’ve been told, masks are very useful in helping to control the spread.

1] Masks protect you from the flu.

Studies found a 75% reduction in the risk of infection for parents taking care of children. (Source.)

2] Simple masks work just as well as N95 masks in reducing spread of the flu. (Source)

Research shows that both professional and home-made masks reduce exposure to respiratory infections.

This website, showing how to make a DIY mask, is all the rage in Hong Kong.

4] Wearing a mask will remind you to stop touching your face — which is believed to be the PRIMARY method of viral transmission. (Source)

Asymptomatic people might be driving the spread more than we thought.

Wearing a mask keeps everyone safe.

We need to flatten the curve, and help protect our first responders.

The West will have trouble adopting these social norms.

The consequences of not doing so? More excuses for tyranny.

When personal responsibility goes out the window…

The Awkward Art of Civil Disobedience

Civil disobedience is not necessarily about breaking the law.

Politics, as Breitbart famously said, is downstream of culture.

The stores were packed yesterday.

I wanted to pick up a few extra things…

But I also (mostly) wanted to observe how people were behaving… and get the general “vibe.”

I was also interested in seeing how people would react to me wearing a mask.

(The ride to the store was just as interesting. I saw TWO road rage incidents within a mile, with one almost devolving into a fist fight.)

I saw a total of three individuals wearing masks…

That’s out of about a thousand people throughout the day in total.

And all three of them, curiously, were in their twenties… two of them with a punk rock aesthetic.

(As I’ve said before: In an age defined by its decadence, prudence is the new punk rock.)

Here are the five stages of reactions to the mask:

1] Most people looked and immediately looked away, pretending not to notice. (Denial)

2] One guy, as he passed, scoffed aggressively and said, “Danger, Will Robinson! Danger!” (Anger)

3] Three people saw me walking their way and turned around, walking in the opposite direction. (Bargaining)

4] While at the post office, one solemn worker helped me — but didn’t speak a word and didn’t look me in the eye. (Depression)

5] One guy, pushing a stroller on the sidewalk (looked like he was in the military), nodded, acknowledged it, and gave me a knowing look. (Acceptance)

Wild card: One kid, indifferent, took my picture and probably posted it on Instagram. #YOLO

Thing is, none of them knew my situation.

The heckler seemed oblivious that I could be sick, and that I could’ve been protecting him from my own illness…

(Most people, I suspect, assumed I was sick.)

I have potentially immunocompromised individuals with which I’m in regular contact.

I’m not taking any chances… even if it means it makes people uncomfortable.

Be a Signal. Not the Noise.

Asia, as mentioned, has accepted masks as a social norm.

Having lived through several severe pandemics in the past decades, they know they work.

Masks work. And the West needs to get over itself.

It’s awkward, yes, being the only one wearing one.

Or we suffer the hard tyranny of the fallout.

The mask is a useful social signal.

It shows that people are taking this virus seriously.

And people that see people wearing masks WILL QUESTION whether they should take it more seriously.

We all unconsciously look to other people for cues for how to act.

But, like the lone man dancing at the Sasquatch festival, behavior change happens gradually, and then all of a sudden.

Be a signal. Not the noise.

In the end, the BEST way you can help throughout this pandemic is by making yourself bulletproof… and lending a hand where you can.

Much more on that tomorrow.