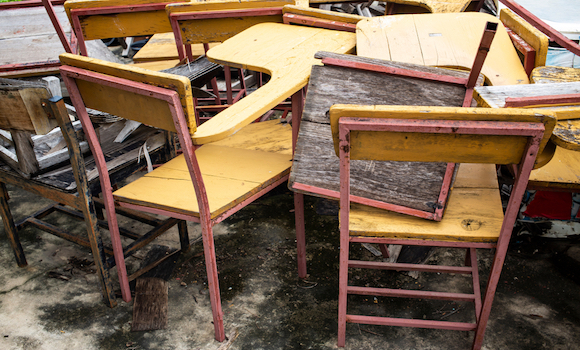 Why Most Valedictorians End Up Broke

You can learn a lot about humans by growing potatoes.

Such as, for example…

– Why political correctness is killing us.

– And why 99% of valedictorians end up broke.

See, if you over-fertilize a potato plant, and give it the most nutrient-rich environment possible, it’ll produce healthy-looking foliage, and will look great on the surface.

And then something else happens.

The foliage begins to deform and die and, you look underneath, and there’s nothing there.

No potato. Nothing edible. Nothing of substance.

We discovered long ago that we do the potato plant a disservice by giving it too many nutrients.

When we do this, it takes the path of least resistance, and produces nothing of value.

Out of its natural and strategic response to stress, it begins to produce something of value.

Which becomes the potato.

This phenomenon, that stress is essential for growth, is true for all living things.

Humans are no exception.

You probably already know where I’m going with this.

THE CULT OF “SAFETYISM”

The education system is, and has been for a while now, focused more on creating a culture of “safetyism” than it is on valuable skills… or even, wait for it, education. (As laid out in the book, The Coddling of the American Mind.)

It’s created a culture that believes the stress of new ideas, especially the controversial and uncomfortable ones, make individuals and society weaker, and should be avoided.

Moreover, it teaches that making mistakes, taking risks, and going against the grain is bad.

Eric Barker shows in his book, Barking Up the Wrong Tree, that while the star-performers, the valedictorians, create great looking foliage…

That is, while they look great on paper…

They don’t go on to become successful.

“… how many of these number-one high-school performers go on to change the world, run the world, or impress the world?” Barker asks. “The answer seems to be clear: zero.”

Success comes from doing almost the exact opposite of what makes you successful in a closed system, like school:

Going against the grain and taking risks.

It’s not by the avoidance of stress, but through the strategic use of it that the humans create things of substance, the “potatoes.”

Which is why, says Robert Kiyosaki in this London Real interview, the education system doesn’t teach people how to thrive.

It teaches people how to be poor.

It’s no coincidence, then, that a new report from the Federal Reserve (no less) shows that 40% of Americans can’t cover a $400 emergency expense.

Kiyosaki wants to change that.

Recently, he’s put together a “wealth crate” for those ready to take control of their financial futures…

All he needs to know is where to send it.

This new program is designed to change the way you think about jobs, careers, and owning your own business.

Furthermore, it’ll show you the real rules of money the rich use to build and grow wealth.

And, for a limited time, you can grab this entire crate for pennies on the dollar.

If you haven’t already, check it out right here.