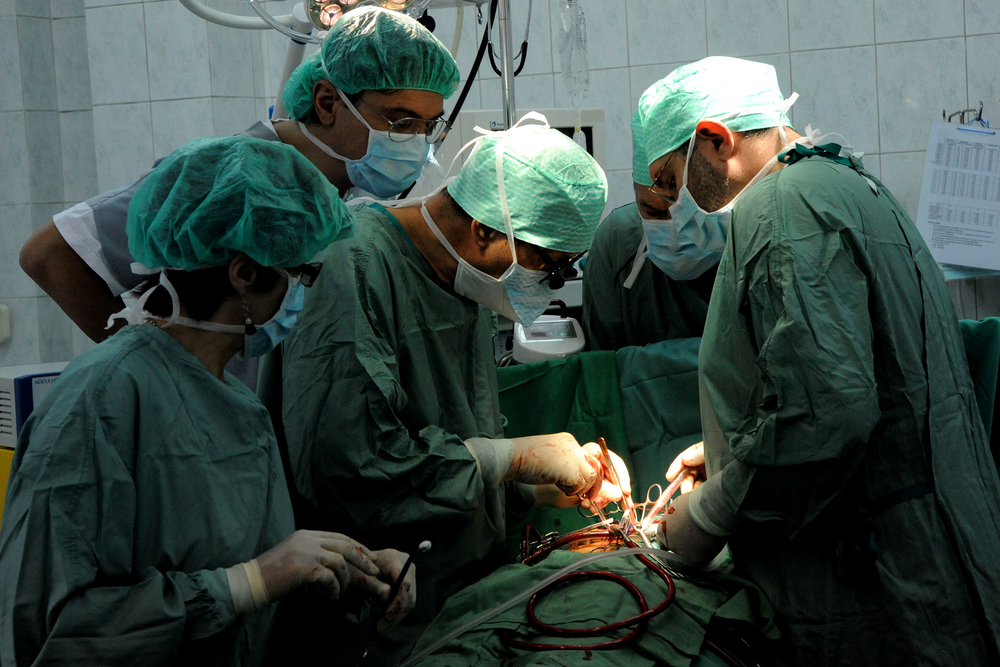 When Your Heart Stopped, This Man Kept You Alive

When your heart stops, the perfusionist keeps you alive.

Pumping blood through your veins… regulating the flow of oxygen to your organs… standing watch over your body as the surgeon holds your still, unbeating heart in his hands.

Too much oxygen. You’re dead.

But get it just right… and the perfusionist creates a window of life where heart surgeons can perform miracles.

To be a perfusionist takes resolve… an eagle-like attention to detail… and the ability to stay cool under intense, blood-soaked pressure.

“We have a very stressful job that carries tremendous responsibility and [we are] reasonably compensated for it,” perfusionist Frank Aprile told the HuffPost  in a 2009 interview.

Now, in my book, a hundred grand a year ain’t chump change.

According to the Bureau of Labor Statistics, that fat slice of pie is more than double the average household income of the American family.

But, as Frank found out firsthand, even “reasonably compensated” medical professionals aren’t immune to the pitfalls of our disastrous U.S. healthcare system…

During a particularly ruthless round of budget cuts, Muskegon, Michigan’s Mercy General fired half of the entire surgery department.

Poor old Frank, with his bloated salary, was the first out the door.

At the time, Frank had been pulling down about $90,000 a year. He was a frugal spender and held zero credit card debt. So, he should have been financially stable enough to take a little time off work without landing in serious financial trouble.

Unfortunately, Frank had other obligations that were chipping away at his financial security. He was paying $1,000 a month in child support. And he had to keep on paying even when he lost his job.

For months — while he struggled to find work — his life savings were eroded by hefty child support checks, his own living costs and a mortgage.

So, you can see where he was coming from when he decided to forgo private health insurance after his employer-provided insurance ran out.

You can probably guess what happened next.

Even the worst hack screenwriter in Hollywood can guess what happened next.

Frank cut off his left thumb and index finger.

That’s right, just weeks after he lost his health insurance, while unemployed, Frank accidentally severed a thumb and a finger in a table saw accident.

And that’s how he found himself in the emergency room of the very hospital he used to work in.

That day, the surgeon on duty tried to sell Frank on a procedure to reattach the digits… but Frank had worked on the other side of the curtain.

He knew exactly how much that procedure would cost and he knew he couldn’t afford it. He wasn’t going to fall into the same trap he’d seen other desperate ER patients fall into over and over again.

He opted for the less expensive procedure — a clean amputation of both digits — which would only set him back $20,000.

Twenty thousand dollars is significantly lower than the cost of reattachment (just one finger can cost as much as $60,000).

But the timing was truly terrible.

When your heart stops, the perfusionist keeps you alive.

But the perfusionist needs the full use of both hands to do their work.

Without his finger and thumb, Frank’s job prospects dried up almost entirely. And he wasn’t trained to do anything else.

He hustled and did his best to pick up some ad hoc work at hospitals here and there. But two years later, Frank’s house was under water. He’d spent his entire life savings and owed over $9,000 on his child support and mortgage.

He moved to Texas for the only job he could find, living in an unfurnished apartment while renters lived in his Michigan home for $450 a month (just half of the monthly payments on the house).

In April of 2009, he skipped a mortgage payment to fly his daughter down to visit him for a vacation.

It was a calculated risk inspired by love.

But when your payments stop, the bank keeps your house.

“I could have caught up on payments by now,” Frank told the HuffPost a few months later. “They are basically taking the house because they can … [but] the bank will lose money, the renters will have to move out… the way they took it is just unfair.”

Now, you could blame this entire situation on bad luck. Or on Frank’s decision making. But the truth is, Frank was the victim of our broken, exploitive healthcare system.

Frank gave up his healthcare because he couldn’t afford to pay the unreasonably high monthly payments.

He decided he’d rather amputate his index finger and thumb because he couldn’t afford the unreasonably high cost of surgery.

This cost him his livelihood. And because of that, the unreasonably high bill for simply “amputating” two digits that had already been cut off destroyed his life savings and cost him his home.

But what if there was an alternative? A way to find better, more affordable healthcare in the U.S. today?

Well, I can tell you that they’re out there. And this week, we’re going to be doing a deep dive on all of these alternative healthcare options. We’re going to root out the best, the worst and even the downright dangerous.