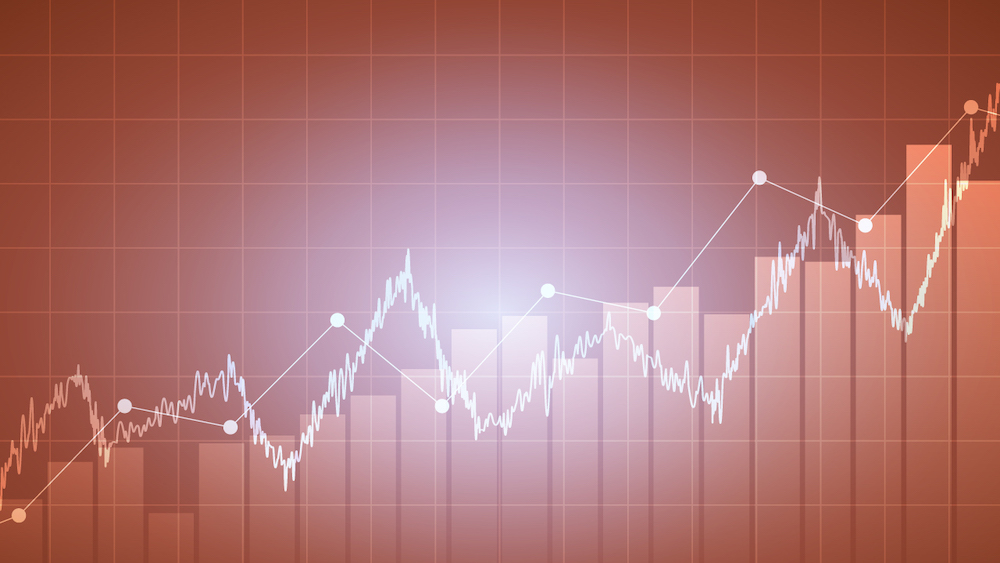 Watch This One for a Buy Signal in the Near Future

On Tuesday we looked at a possible buy signal on AMZN.

Today, we’re going to look at another stock which is pulling back to its Keltner Channel midline: Trillium Therapeutics, Inc. (TRIL). The company develops therapies for the treatment of cancer.

TRIL had already been moving higher when it broke out accompanied by a huge spike in volume.

It quickly became overbought as it shot outside its upper Keltner Channel.

Let’s see what the daily chart of TRIL looks like now: 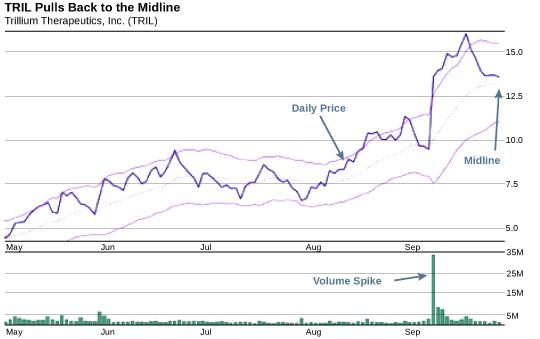 TRIL pulled back as profit taking came in, and the stock now appears to be headed back to the midline of its Keltner Channel.

The midline is a prime spot to watch for a buy signal, and the minimum first level to watch, if the upside continues, would be the previous highs.