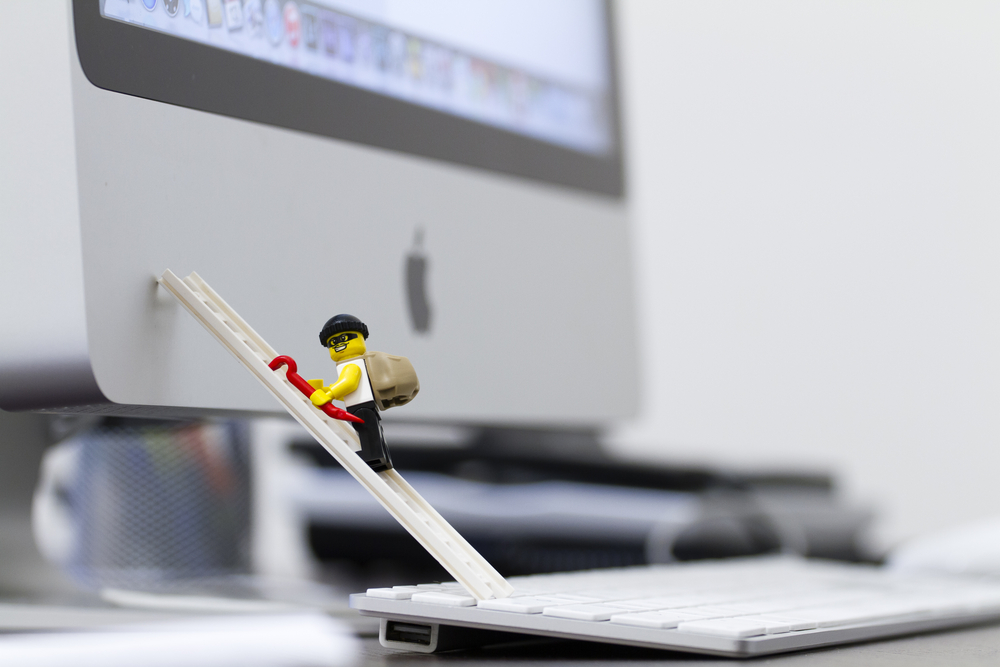 Was Your iPhone Hacked?

Websites have been secretly hacking iPhones for years, according to an investigation carried out by Google in early 2019. (Oh mercy me, thank the heavens Sherriff Google was here to save us all.)

Once your iPhone is infected, the malware can suck up all your passwords, contacts, GPS information, encrypted messages, and homebrew memes of varying spiciness.

As Jonathan Levin, author of three books on the internals of Apple’s operating systems told MIT Technology Review: “The data taken is the ‘juicy’ data. Take all the passwords from the keychain, location data, chats/contacts/etc, and build a shadow network of connections of all your victims. Surely by six degrees of separation you’ll find interesting targets there.”

The little jerkoid virus packages all that data up and sends it to a control server where the hackers can access it freely (and enjoy all those hilarious minions memes you made for your grandkids eyes only).

Google discovered the vulnerability back in January of 2019 and passed on the deets to their buddies at Apple. Apple patched the bug in its February update. So, if you’re iPhone is up to date, you’re protected. (From the virus. You’re still vulnerable to sticks and stones and the mean things that people say about you in breakrooms when they think you’re not listening, Darrel!)

Unfortunately, if you’re phone was infected before the update, you’re data has already been whisked away and there’s no way to get it back.

Currently, there’s no telling how many people were infected before Google rode into town and pointed out to Apple that the butt flap on their long johns was hanging open.

“There was no target discrimination,” Google’s Ian Beer wrote in a statement. “Simply visiting the hacked site was enough for the exploit server to attack your device, and if it was successful, install a monitoring implant. We estimate that these sites receive thousands of visitors per week.”

In the past, the general perception of iPhones has been that they’re “unhackable.” This is why lawyers, judges, journalists, and anyone else who traffics in sensitive information tends to use Apple products for their work. (Also judges notoriously love GarageBand.)

This attack, and the fact that it went undetected for years, undermines Apple’s “secure” status and potentially puts the people who depend on that security in danger.

“Real users make risk decisions based on the public perception of the security of these devices,” Beer wrote in his statement. “The reality remains that security protections will never eliminate the risk of attack if you’re being targeted.”

The fact is the current internet infrastructure is wildly outdated. In the Wild West days of the “world wide web,” it did the job. But it’s failed to keep pace with the rapid expansion of technology and growing sophistication of cybercrime.

A brand-new digital infrastructure is set to replace the “old internet” as we know it.

The stuffed shirts over at Forbes are calling it the “biggest disruptor in technology since the 1990s.” And according to a study from MIT, this new technology is about to reach “critical mass” in 2019.

You can find out how this new tech will transform the internet as we know it and mint thousands of new millionaires right here.

It emerged this week that Vape producer Juul is under investigation by literally everyone right now. (That’s not an exaggeration. As we speak, my dog is in my kitchen pouring over a 2017 health study on the effect of “ripping fat cotton.”)

According to a report by the Wall Street Journal, the FTC has launched a federal probe into Juul’s “totally rad and fun advertising.” (That’s a direct quote from the WSJ article. Don’t fact check it. But it totally is.)

The FTC’s investigation will determine if Juul used influencers and fun, youth-focused marketing to target minors. (Gotta gettem hooked while their young, as we totally normal folks with fine morals always say.)

(Ed note: Influencers are terrible people nobody would hang out with in real life but have millions of followers online for some reason.)

A spokesperson for Juul Labs said the company never intentionally targeted teens with its advertising and has since ended its “short-lived” influencer program. But according to federal data, vaping among teens (or “vooping” as they call it) jumped 78% from 2017 to 2018.

I could talk all day about those tubular voop statistics, but we’ve got a lot more investigations to get through today.

The FDA is also looking into Juul’s suspect advertising practices. But in its spare time, it’s investigating a sudden jump in seizures in young people associated with smoking e-cigarettes (including Juul).

To date, the FDA reports 127 of these seizures that have been associated with e-cigarette use.

Separately, the Centers for Disease Control and Prevention is investigating an unknown lung disease associated with e-cigarette use. (Generally speaking, folks, you never want the CDC “investigating” an “unknown disease” associated with your product.)

More than 190 people have been diagnosed with the mysterious disease. But it’s a fun, cool new disease that only the raddest influencers have (and presents with chest pain, shortness of breath, vomiting, diarrhea, and fatigue).

So far, one person has died after being hospitalized with the disease.

Oh yeah, and in case all of that wasn’t enough, the FTC is conducting an antitrust review into a deal in which tobacco giant Altria Group Inc. invested $12.8 billion in Juul.

Altria’s stock has taken a hammering this week from the news of all these investigations, dropping 3.97% on Tuesday and a further 3.5% Thursday.

Hong Kong police are rounding up prominent opposition figures and throwing them in jail. (Because the best way to show the world you’re not under the thumb of an authoritarian dictator is to kidnap folks that don’t agree with you.)

Over 20 Hong Kong citizens have been arrested since yesterday, including 22-year-old Joshua Wong, who was scheduled to speak about the protests in the U.S. next month.

Although the protests in Hong Kong are generally leaderless (because they can’t arrest your leaders if you don’t have any), Wong is known to the authorities as a prominent pro-democracy advocate.

Months before Hong Kong deteriorated into Mad Max times, Wong led a peaceful protest campaigning for the right of Hong Kong citizens to elect their own leadership. (That monster.)

Under Hong Kong law, Wong (and the 900 or so other protesters who have been arrested since the start of this four-month-long ordeal) can be imprisoned for as long as five years for “protesting without permission.” (Man, I’m awfully worried that this authoritarian government is taking away all my rights. Better apply to them for permission to be upset about it.)

“We still keep on our fight and we shall not surrender,” Wong told reporters as he emerged from court with his attorney today. “I urge the international community to send a message to President Xi, sending troops or using emergency ordinance is not the way out.”

I’ve been banging this drum for the last few months. But in today’s One Last Thing, my colleague Jim Rickards quickly highlights the similarities between the protests and another Chinese tragedy that the international community would rather you forgot.

“Only open the road after the pineapples catch fire.”

My colleague Jim Rickards is probably best known as the New York Times bestselling author of Currency Wars and The Death of Money.

Over the years, he’s become something of an expert on China (and how its recklessness could potentially crash the entire world economy). So naturally, I wanted to get his perspective on the Hong Kong pro-democracy movement.

Jim says the situation may already be far worse than we realize:

“The situation in Hong Kong is eerily reminiscent of the days leading to the 1989 Tiananmen Square massacre, Shane,” says Jim.

“In both cases, a particular cause for complaint gave rise to demonstrations that soon grew into wider demands for political liberty and justice.

“The current Hong Kong demonstrations began on a small scale to protest a proposed law allowing extradition of Hong Kong residents to Beijing. They now involve hundreds of thousands of protesters.

“If Beijing tolerates the protests, they may lead to greater autonomy for Hong Kong at a time when Beijing is eager to strengthen its control.

“If Beijing cracks down on the protesters, it will have another Tiananmen Square massacre on its hands. Only this time, social media will ensure the whole world sees it, unlike in 1989.

“Regardless, a decision is coming soon.”