Yesterday, we spoke of the “Universal Basic Income” plan from Andrew Yang, who’s running for president on a “freedom dividend” platform — $1,000 per month to every American, no questions asked.

As we noted, Yang’s plan is attracting interest from the most radical Social Justice Warrior to the staunchest of Libertarians.

Today, we’ll dig a little deeper into the pragmatic libertarian’s case… do our best to “steelman” their argument… and then reveal the dark side. (With the help of a couple of LFT reader responses.)

Yes, we’ll pull back the curtain on the potential dystopia in the utopia.

Many Libertarians frame the Universal Basic Income as the “least worst” option for various reasons.

We’re living in a time of unprecedented change. Obvious. 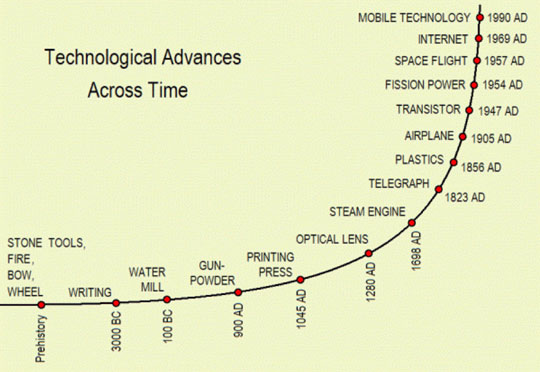 Along the haphazard road to the “Singularity,” the rise of AI, 3D printing, self-driving vehicles, VR telecommuting, and automation will put an end to an unskilled labor force.

And even skilled workers (like heart surgeons) will find themselves replaced by machine learning and robots.

For most people, talks of a “Universal Basic Income,” then, is inevitable.

But there are skeptics of the Singularity…

Vinnie Mirchandani, author of Silicon Collar, isn’t so convinced by the End of All Jobs hysteria…

The Luddites have been using these same arguments since the printing press.

“The reality is there are compute evolution curves, and then there are adoption curves. The former are becoming exponential (but they have been since Gordon Moore wrote about his famous law in 1965) , the latter not so much. As I analyze in the book, there are societal ‘circuit-breakers to over automation’ which stops technology from being absorbed at dystopian rates.

“Our thought leaders should be more responsible in their pronouncements. And we should not be afraid to challenge them for justification of their pessimism, before we set up a new wave of social programs which could cost us trillions and potentially destroy our work ethic.”

We have a lot more time to adapt, he says, than many automation alarmists seem to think.

He uses a few examples in his book:

The ATM was introduced in 1960. Six decades later, with access to all bank services on our smartphones, we still have 90,000 bank branches in the U.S., employing about 500,000 tellers and other employees.

The UPC code and scanner were patented in 1952. Wide adoption in grocery stores took two decades. It improved inventory, but didn’t kill any jobs.

“Snail mail” was supposed to have taken a beating with the advent of email, texting, Skype, Facetime, and social media. Experts were predicting its annihilation. And yet, US Postal service business has gone up.

A lot of UBI advocates, however, aren’t convinced by this argument. This time is different.

There’s a massive amount of incentive for companies to adopt them, far more than there was for grocery stores to put barcodes on their cheese.

Maybe the automation scare is overblown.

Even so, the pragmatic Libertarian says, the case of the UBI is one for simplifying a ridiculously overly-complex system:

In the U.S., there are a massive hodgepodge of welfare programs that require insane amounts of bureaucracy, paperwork, and are a Pan’s Labyrinth to navigate.

And, once you’re in, it’s easy to take advantage of it because the left hand has no idea what the right is doing — or even if it does anything at all. And since there’s zero skin in the game, nobody cares enough to fix it.

Also, the UBI argument meets people where they are:

Many believe, mistakenly, the “free market” looks like Wall Street bailouts, billionaires cheating the poor kids out of their lunch money, and pharmaceutical companies jacking up insulin 50X because they feel like it.

Even though this is the antithesis of a free market…

On a national level, there’s little hope in changing their minds about this in the short-term, with socialism on the rise. (Sidenote: The closer you get to home, however, the more the free market makes sense. Young, socialist-minded farmers in my area think it’s absurd they can’t sell raw milk and that federal thugs with guns would raid their barns, flipping over goats, if they tried. And, of course, the idea that their organic carrots should be regulated is laughable.)

If we can assume that the government will continue to take our money under the threat of force (AKA, taxes), says the pragmatic…

The pragmatic solution: UBI simplifies things and appeases the masses. Yes, let’s cut out all welfare programs for this “opt-in” solution (requiring a smidge of doublethink to call it “opt-in,” yes).

It’s simple enough for the government not to mess it up (but, hey, also maybe not). It doesn’t require massive amounts of infrastructure (but, as they say, when there’s a will, there’s a way).

And, in fact, it could be completely automated and designed in such a way to make it transparent and virtually incorruptible. (Yes… but…)

If you’re willing to accept that the government will be managing it, and under the threat of force, then, indeed, it’s the “least worst.”

One LFT reader, Edward B., however, is not on board:

“I do not need to know anything more about Andrew Yang’s UBI, except: Will it be voluntary?  If these monthly payments come from a pool of money that people contribute to of their own free will, then I have no objection (although creating a job for someone is usually better than giving them an allowance).  But if this is just rearranging chairs on the deck of the Welfare State Ship of Fools, then it is nothing to write home about (or blog about); it is still a violation of human rights, a lousy collectivist scheme funded at the point of a gun, funded by the threat of loss of life, liberty, and property (just like most of what government does).  There can be no ‘freedom dividend’ from totalitarianism.

“If you really want a freedom dividend (because, you know, freedom, after all, is for the greater good), how about ending the Republicrat monopoly on power?  If we reject both the incumbent and the loyal opposition, whomever it is, then we win.  If we put an end to the bi-partisan nonsense that brought us Clinton/Trump 2016 (slogan: “what difference does it make…I tell ya!”), we win.  America (and the world for that matter) wins.  And that is a win that will last, and pay dividends, for a lifetime.  Things get better immediately, and I mean noticeably better, because everyone will know the future is brighter, much brighter.  How about putting that idea in the meme-o-sphere?  Hashtag Neither One of Them, meaning reject both the Republicrat candidates (just like we should have done last time).  That is the only way we win.  By breaking the spell, ending the cycle of abuse and the pendulum swings from one crappy result to another.

“#NeitherOneOfThem or how about #It’sObvious (as in, it has ALWAYS been a good idea to end the Republicrat monopoly on power; only now, as of 2016, it’s obvious!)

And another reader, Rey A., also says it’s just more of the same old sh*t…

“If you want to know the end result of UBI, you only have to look at the Indian Reservations. Provided with subsistence level income, which, by the way, drives up market prices of subsistence goods, the Native American reservations are black holes of despair, depression, alcoholism and crime. Only those reservations that turn to capitalism, in the form of casinos, show any growth and community health.

“Want another example? Black Americans. Up to the introduction of LBJ’s welfare programs, black Americans, as a subset of the overall population, had made incredibly strides, economically as well as culturally. LBJ’s welfare programs destroyed the black family, removed incentives for productivity and innovation and returned the descendents of slaves back to the plantation.

“Spare me. UBI is a socialist wet dream, the ultimate virtue signalling. No thought of actual consequences. In the end, UBI will be universal distribution bread lines. Machine made bread, of course.”

Another thing not getting much attention is the vast potential for abuse. The creepy road a Universal Income Scheme might lead us down.

If you’re watching what’s happening in China with their Social Credit System, you might have an idea of what I’m talking about.

According to a report out of the Associated Press, as many as 17.5 million airline ticket purchases were blocked last year for ‘social credit offenses,’ such as unpaid taxes or fines.

It goes beyond just not paying taxes and fines, though.

The Social Credit System is also designed to manage behavior.

Those who do not fall in line, and are, for example, caught on social media committing Wrongthink, will be punished as well.

Their level of “social trust” diminishes, limiting their freedom.

The Chinese are becoming prisoners of their own country if they step out of line.

Now imagine what would happen in a UBI scenario.

Once the government is centrally controlling how the majority of people get income to live, it’s much easier to take the next step:

Dictate how they should act, behave, think.

(That’s not to mention what should happen if identity politics becomes one day embedded in the scheme – a disaster no matter which end of the spectrum it hails from.)

As far as the UBI scheme goes, the devil is in the details.

And there’s plenty of room here for the Devil to roam.