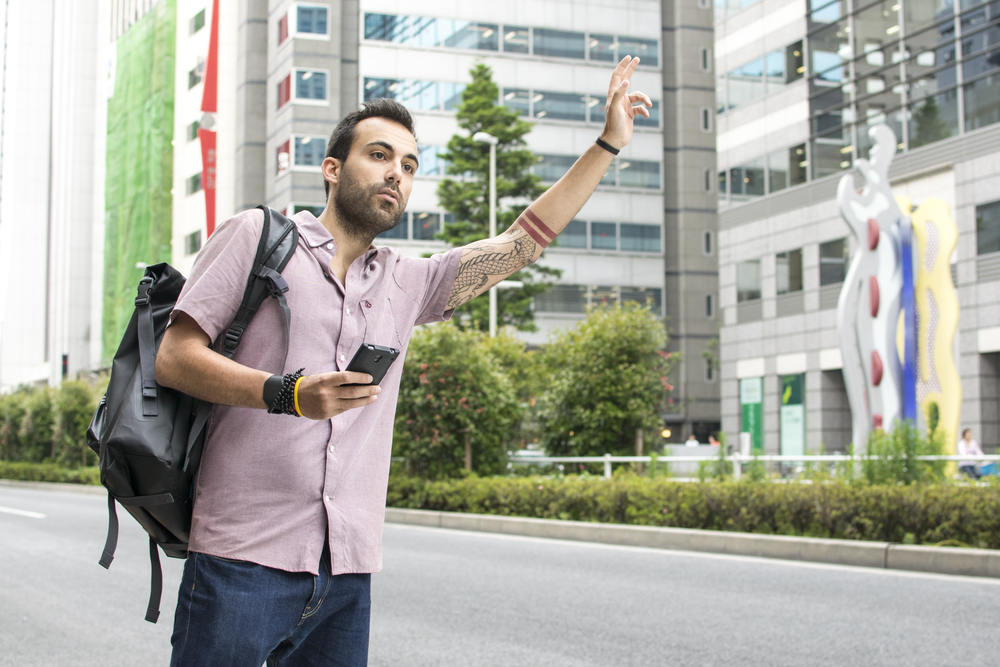 Ridesharing stocks are sharing a ride to the bottom after some bleak quarterly reporting has investors asking “can ridesharing apps be profitable?”

(Of course, they can. All they have to do is fire everyone and replace them with robots. Except for HR, which won’t be necessary when everyone is robots.)

Investors’ confidence in the stranger-come-get-me app was shaken last week, when the company reported a gut-wrenching $5.2 billion loss. But yesterday’s drop was due to the news that Uber has instigated a companywide hiring freeze, as reported by Yahoo News.

According to job applicants who had interviews scheduled with Uber, the please-don’t-puke-in-my-family-car app has been sending out emails canceling interviews.

Uber confirmed to Bloomberg News that it was putting hiring on ice for engineering and product-manager roles, but they were still seeking applicants for freight and autonomous driving positions. (See. Robots.) 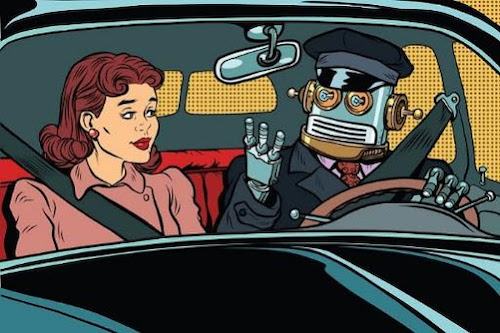 “SURE, ROBOTS TOOK ALL THE JOBS. BUT THINK OF HOW CHEAP WE’VE MADE EVERYTHING FOR ALL THE OTHER ROBOTS.”

If you recall (and even if you don’t), Uber’s stock sold for $45 per share in its initial public offering in May. But it’s only managed to close higher than its IPO price twice since then.

The same is true for rideshare second-fiddle (does anyone even play the fiddle anymore?) Lyft (LYFT) whose fate seems to be tied to UBER’s for better or for worse (for worse). The company’s stock closed 5% down yesterday at $56.18.

In the past month, Uber shares have dropped 15%, while Lyft shares have fallen 12% (because they were bloated overvalued startups). But it’s been a strong period for IPOs overall.

The obnoxiously named Renaissance IPO ETF, which tracks the most significant new U.S. companies, has climbed 33% this year. And the year’s not over yet.

As soon as August 29, experts predict the biggest I.P.O. ever will hit the market.

This $100 billion Tech Venture Fund could be three times more valuable than EVERY 2019 IPO combined.

Our analysts predict it could triple in its first day of trading and soar to record-breaking heights in the coming months. And you better believe they’ve found a backdoor into this huge opportunity.

Click here now to find out how to “jump the line” and lock in your own pre-IPO stake before a single share hits the market.

Tumblr (which was primarily used for sharing drawings of naked people) was acquired by Yahoo for $1.1 billion in 2013 and eventually sucked up into Verizon when the telecom giant acquired Yahoo in 2013.

Last year, in an attempt to turn Tumblr into a family-friendly platform, Verizon made the controversial decision to ban all adult content on the website (which was made up of about 80% adult content at the time).

Tumblr’s core user base (people who draw and enjoy looking at illustrations of naked cartoons) felt alienated and responded by boycotting the website and migrating to other platforms.

Which brings us to today, when Verizon sold Tumblr to WordPress-owner Automattic for less than $3 million.

“We are proud of what the team has accomplished and are happy to have found the perfect partner in Automattic, whose expertise and track record will unlock new and exciting possibilities for Tumblr and its users.”

It’s unclear what Automattic intends to do with Tumblr right now. But it’s likely it will try to integrate it with its WordPress blogging platform or use Tumblr’s tech to enhance its own features.

Federal Government Treats Itself to Largest Deficit Ever

In the first 10 months of fiscal 2019 (October through July), the federal government spent money like a teenager with no concept of how money works.

According to the Monthly Treasury Statement released today, we managed to rack up a record-breaking $3.722 trillion this year. (And just like the Guinness World Record for most pickled eggs eaten in a single sitting, this ain’t one of the records you want to keep breaking, folks.)

The last time we spent anywhere near this amount of money was in 2009 when we dropped a fat $3.576 billion on bailouts and economic stimulus to drag our butts out of a recession. But we ain’t in a recession today. (At least we’re not at time of writing.)

The tariffs imposed on China offset some spending by almost doubling customs duties to $57 billion in the period. Overall, revenue increased by 3% but, unfortunately, spending jumped by 8%.

So, despite robust economic growth, the U.S. fiscal deficit for fiscal 2019 exceeded the total figure for last year. The gap between what we’re spending and what we’re making grew to $866.8 billion, up 27% from the same period last year.

According to the nonpartisan Congressional Budget Office, the annual budget deficit is expected to continue growing and exceed $1 trillion starting in 2022. (So, you know, expect plenty of articles in the same vein as this one in the next few years.) 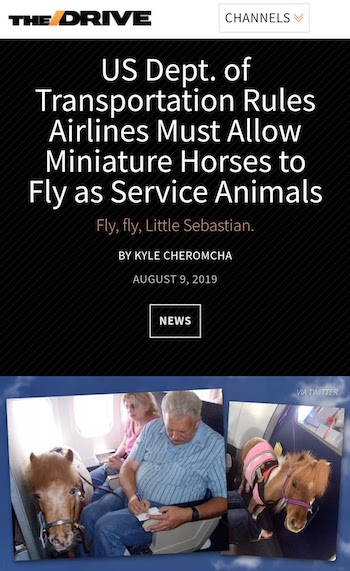 In yesterday’s One Last Thing, I teased a new form of biotech that could provide a vast number of new remedies and treatments, without the nasty side effects of drugs.

I was talking about Eating More Vegetables.

I was talking about bioelectricity.

Bioelectricity is exactly what it sounds like: zapping yourself with electricity until you feel better.

I know. I know. It sounds very One Flew over the Cuckoo’s Nest. But it’s actually based on the same tech used in pacemakers and ear implants.

In the grand history of medicine (which starts with leeches and chopping bits off for no reason), bioelectricity is a relatively young science. But there’s incredible potential in this tech (and big-name investors like Apple and the government’s DARPA know it).

There’s a lot to unpack here, so today we’re just going to get into one type of bioelectricity and its uses. (But my analysts are dorkily excited about this tech and one investment opportunity in particular, so expect to hear more about this in the coming weeks.)

Vagal nerve stimulation (VNS) is a type of bioelectricity that gently shocks your vagus nerve which sends impulses from the brain stem to your organs. (It’s not super important you know what your vagus nerve is unless you’re in high school science and I know that’s not our demographic. Just think of it as the tree routes that connect your organs to your brain.)

Through the vagus nerve, these shocks can be used to send instructions to your body to emit chemicals that regulate your immune system. For example, you could tell your body to release a specific neurotransmitter in the spleen which reduces inflammation throughout the body.

This opens avenues to treating autoimmune disorders and inflammatory conditions without toxic medications that often have dangerous side effects. (Like your liver shutting down or your ears falling off.)

And unlike pharmaceuticals, which have to flow through the entire body to take effect, VNS acts on a specific nerve. This allows you to target the symptoms with pinpoint precision instead of carpet bombing your whole body.

VNS devices have already proved safe in early human trials for rheumatoid arthritis and for Crohn’s disease. And additional trials for both are underway right now.

This is just a tiny snapshot of bioelectricity’s potential. We’ll be diving into this subject more in the coming weeks. And you know we’re talking about this because my analysts have discovered a big investment opportunity in the field.

We’re still vetting this little company that’s making huge waves… but once we’re sure it’s as good as we think it is, you’ll be the first to know.