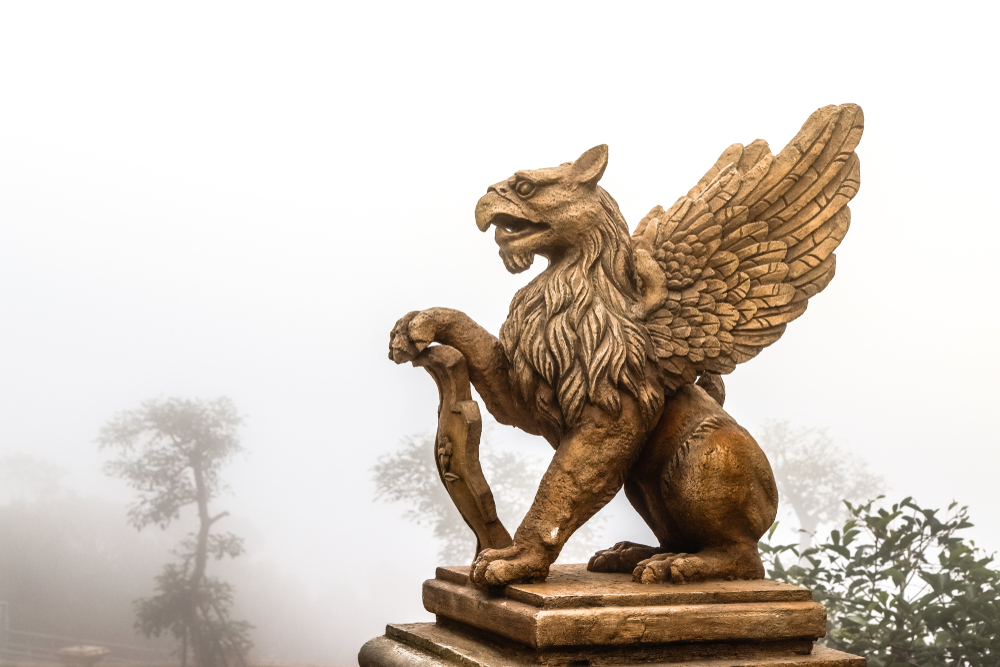 The number of empty apartments in Manhattan rose to an all-time high in June, as folks realized they were paying $4,000 a month to live in a 700-square-foot prison on an island where everyone was dying.

More than 10,000 of Manhattan’s overpriced living cells were listed in June, rising 85% from the year previous (when New York living was still a rip-off but at least you could go outside and enjoy a $19 beer with your growing sense of existential dread).

Vacancy rates soared to a record high 3.67%, though some buildings are being disproportionately affected, according to New York real estate agents who are actually having to work to rent apartments for the first time in their lives.

As to be expected, wealthy Manhattanites are evacuating the city center in droves due to the coronavirus lockdown.

Usually the apartments they leave behind would be snapped up in a manner of days by a future “Master of the Universe.” But what’s the point in moving to New York when everyone is stuck inside working remotely anyway?

You can move to the Caribbean and set your Zoom background to Times Square and your boss will be none the wiser.

(Case in point, my boss thinks I’m in Maryland, just down the street from the office. But I’m secretly chained to a radiator in a basement SOMEWHERE IN WEST VIRGINIA, NEAR A ROCS CONVENIENCE STORE. SEND HELP. HE MAKES MASKS OUT OF OUR SKIN.)

Landlords are scrambling to fill their extravagant living cubicles, dropping prices and offering a month of free rent. The price of renting in Manhattan fell a record 8% to an average of “still way too expensive, don’t even think about it bud.”

In this new era of affordable living, a one-bedroom apartment will put you back about $3,400 a month, on average.

Large, family-sized rentals were the worst hit sector, howver, as the wealthy elite peaced-out to their vacation homes and pandemic-proof bunkers in the suburbs.

New leases signed on three-bedroom rentals plummeted 42% in June from the same period last year. And if this pandemic goes on any longer, real human beings might be able to live there in the near future.

Shares of Twitter surged 7% on Wednesday, after the company posted a job listing for a new subscription service, codename “Gryphon.” (And if it’s another streaming platform, I’m quitting my job and moving to a remote island in an undisclosed location.)

According to the job listing, Gryphon is “a subscription platform, one that can be reused by other teams in the future. This is a first for Twitter! Gryphon is a team of web engineers who are closely collaborating with the Payments team and the Twitter.com team.”

It’s unclear what exactly this new subscription service will be or how it will ruin my life in a new and interesting way. But it could help Twitter diversify its revenue away from advertising, which currently makes up 80% of its revenue. 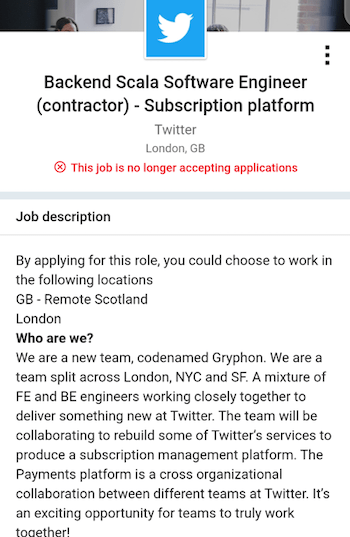 Congratulations! You got the job. Now go work remotely in Scotland.

Perhaps, given the recent discourse on “free speech vs hate speech,” Gryphon will create isolated Twitter communities that exist behind a paywall where you can say whatever you like and nobody gets mad or all cancel-y.

Twitter edited the job listing after the media started reporting it, amending the post to remove any mention of subscription services or mythological beasts with the head and wings of an eagle and body of lion.

Shares of Twitter could have also been bumped higher by Secretary of State Mike Pompeo, who said the US government was exploring banning TikTok due to its ties with China and the brief moments of joy it brings our nations’ young. (In my day, we just a had a cardboard box with Nancy Reagan painted on it.) 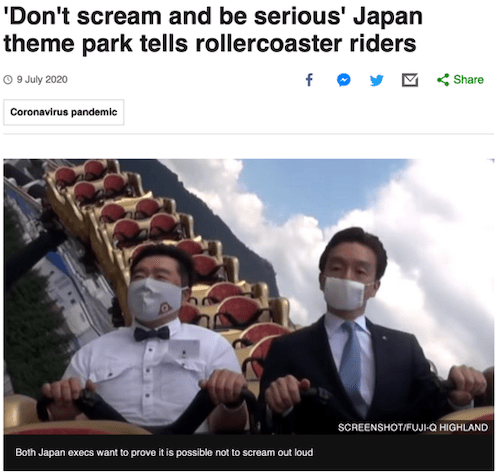 Warning: The Fed is Preparing to “Pull the Plug” on the Markets

Over the last few days I’ve been warning that the stock market looks ready for a correction.

And as of last night, I’m convinced: The Fed is preparing to pull the plug on the markets.

As we’ve discussed here in One Last Thing, the primary driver of the stock market since the March 23 bottom has been Fed liquidity, courtesy of the Fed’s massive quantitative easing (QE) programs.

Which is why I’m extremely concerned that the Fed balance sheet has begun shrinking for several weeks now. Indeed, it started in early June 2020. 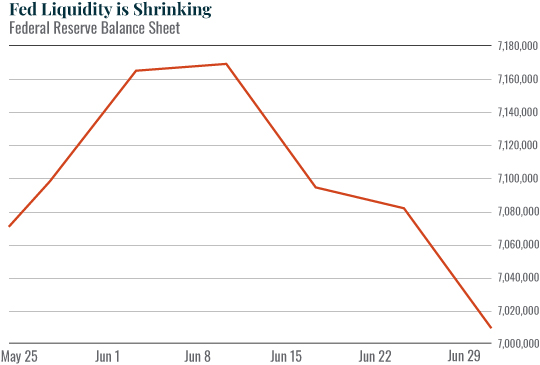 It’s not coincidence that the S&P 500 peaked around that date. 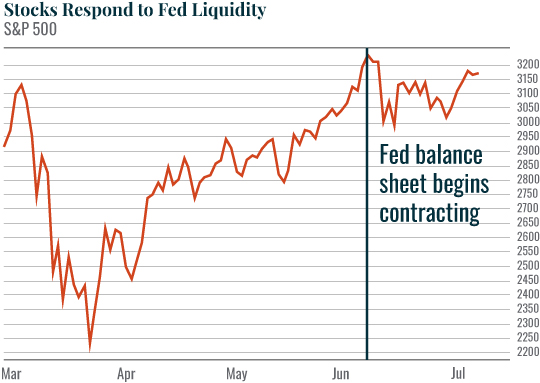 Now, much of the prior contractions were due to the Fed reducing its currency swaps – giving US dollars to other banks that needed them. So it makes perfect sense that this component of the Fed’s balance sheet would shrink as the markets recover from the March crisis.

However, this last week the Fed actually drained $24 billion in liquidity from the system. This wasn’t a currency swap…

The End of Federal Reserve Liquidity

This was the Fed actually DRAINING liquidity from the system.

It’d be tempting to see this as a blip or a weird anomaly – except for the fact that yesterday the head of the NY Fed Markets Group, the man in charge of doing the actual buying for the Fed’s QE programs, made a speech indicating that the Fed is planning on reducing its QE programs soon:

Since the SMCCF’s launch, as market functioning has improved, we have slowed the pace of purchases, from about $300 million per day to a bit under $200 million a day. If market conditions continue to improve, Fed purchases could slow further, potentially reaching very low levels or stopping entirely. [Emphasis my own.]

The Fed is literally warning us that if the markets continue to rally, the Fed is going to “pull the plug” on QE.

And since these QE programs are the No. 1 driver of stocks, this is akin to the Fed warning us that it’s going to “pull the plug” on the markets soon.