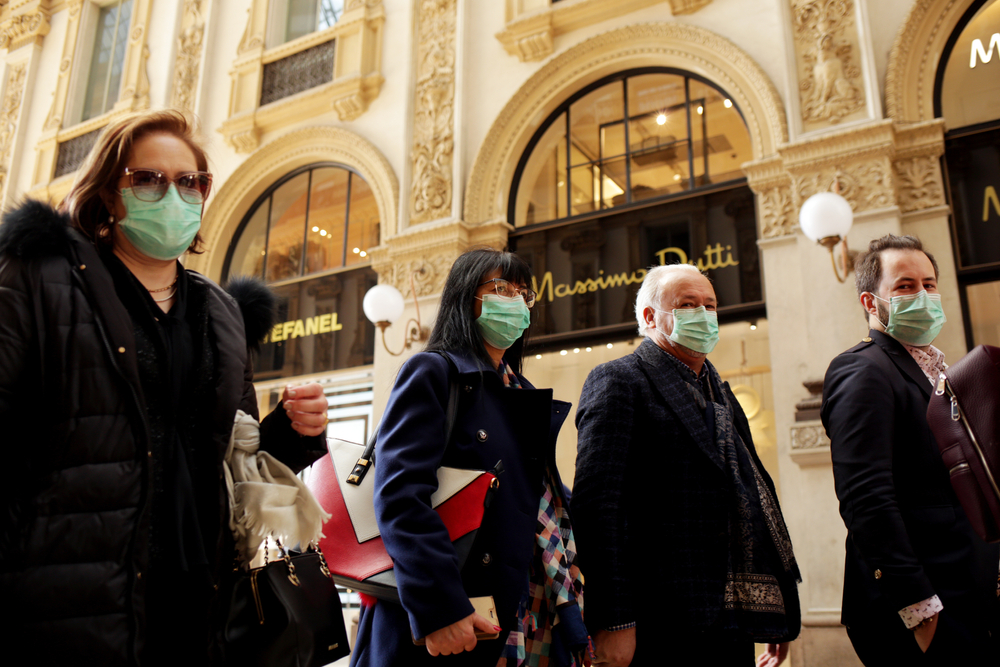 Turn the Car Around, Italy's Closed

Turn the Car Around, Italy’s Closed

I’m sorry, kids. It looks like Italy is closed today.

I know you had your heart set on that handmade pasta Aziz keeps raving about, but the only thing they’re handmaking right now is little tortellini of COVID-19.

After a surge in reported coronavirus cases over the weekend, the Italian government has taken the extraordinary steps of putting a little “closed for business” sign on the entire country.

Prime Minister Giuseppe Conte declared the old boot a “Red Zone” yesterday, expanding the lockdown already in place in the country’s northern region to all of Italy.

As part of the lockdown, sporting events have been suspended and all public gatherings have been banned. (Which may seem a little extreme, but Italians’ proclivity for “talking with their hands” has become a public health nightmare. It’s like they’ve got two little coronavirus launchers on the end of each arm. Pew, Pew.)

Schools and universities will remain closed until April 3, said Conte, to the delight of slackers, lay abouts, and ninnyhammers all over Italy. Public transport will remain operational and restaurants and bars will close at 6 p.m. (We may be implementing Draconian policies on a level unheard of in modern Europe, but we’re not going to stop folks from eating spaghetti and getting tanked.)

While Conte avoided dwelling on the specifics of the quarantine in his speech, he urged Italians to stay at home and said travel between municipalities would be banned, punishable by up to three months in prison. (But a nice, Italian prison.)

“The right decision today is to stay at home,” Conte said. “Our future and the future of Italy is in our hands. These hands have to be more responsible today than ever before.” (These hands, which you really need to start washing, guys.)

Italy’s red zoning marks the most extreme measures taken against coronavirus outside of China.

Some folks have criticized the lockdown as Draconian (which, according to my nephew’s D&D group, means rad dragon stuff). While others say it’s necessary to stem the virus, which is already testing the strength of Italy’s intensive care units.

Yesterday, Italy reported a surge of almost 2,000 cases, bringing the nation’s total to 9,172, the largest number of confirmed cases outside of China.

“We don’t have any time. The numbers are showing that there has been a significant growth in infections, people in intensive care and deaths,” he said. “Our habits have to change right now. We must give things up for Italy.” 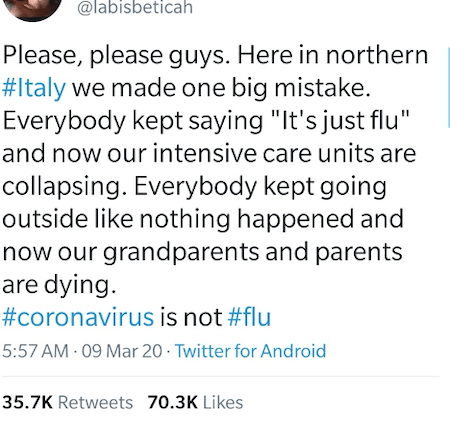 [Breaking: As we go to print, New York Governor Andrew Cuomo announced the state will deploy National Guard troops to establish a “containment area” in a Westchester County suburb at the center of a coronavirus outbreak.]

After the crap hit the fan yesterday (and the fan fell off the table into a larger, smellier pile of crap), President Trump announced his administration would take steps to ease the economic stress caused by coronavirus anxiety.

Speaking at a White House briefing yesterday evening, the president said his administration would meet with congress to discuss strategies which may include a payroll tax cut or state-sponsored sick leave.

“That’s a big — that’s a big number.We’re also going to be talking about hourly wage earners getting help so they can be in a position where they’re not ever going to miss a paycheck.”

After yesterday’s dumpster-fire day for the markets, everyone agrees we need to act to make sure the economy doesn’t explode. But you’d have an easier time getting a rattlesnake to agree with a boot than getting these folks to agree on spending money.

A suspension of payroll tax would theoretically juice the market by putting more money in consumers’ pockets to buy Xboxes and Doritos. But critics say any positive effects would happen gradually over the course of year – too slow to counteract the stress put on the economy by the coronavirus.

President Trump said he would announce more details later today. But investors were just happy to hear that any action at all might be taken. U.S. stocks climbed Tuesday, paring some of the losses from yesterday’s massive pain in the ass.

“The markets at the moment are very volatile, very broken,” Sergey Dergachev, a portfolio manager and master of the obvious, told The Wall Street Journal.

“The market participants are very nervous, so every headline or signal provided by central banks and politicians and Trump provides some small relief.”

No matter how bad your day was, there’s always someone who had it worse. (Unless you get eaten by an alligator, I guess.)

Yesterday, Stitch Fix was that someone.

During the single worst day for the stock market since 2008 (and the worst day for me since Uncle Cid and Aunt Joney became late-in-life naturists), shares of Stitch Fix (SFIX) declined almost 7%.

Yet, there was plenty more punishment in store for the online stylist company after the markets closed.

While your faithful editor was nursing a very tall glass of wine in one hand (and a beer strong enough to be wine in the other), Stitch Fix “restyled” itself as “someone not making any money” and slashed sales and profit forecasts for 2020.

Projected net revenue for fiscal 2020dropped to $1.8-$1.84 billion from$1.9-$1.93 billion. While earnings before interest, taxes, depreciation, and amortization (EBIDTA) fell to zero-$10 million from an earlierestimateof$18-$32 million.

The company’s stock plummeted 40% in after-hours trading and, is it just me, or are the jeans I bought on their website starting to look a little saggy.

Stitch Fix partially blamed Brexit for the dramatic drop in numbers in a statement released last night (it’s always easier to blame Brexit). The statement added that while the coronavirus hadn’t directly affected business just yet, it’s “reasonable to expect” we’ll see some impact before the year is over.

“Now that we’ve seen a few company-specific, but also macro themes, play out in Q2 ’20, we’re leaning more conservatively in the back half of 2020 and shifting our full-year outlook,” said the company. 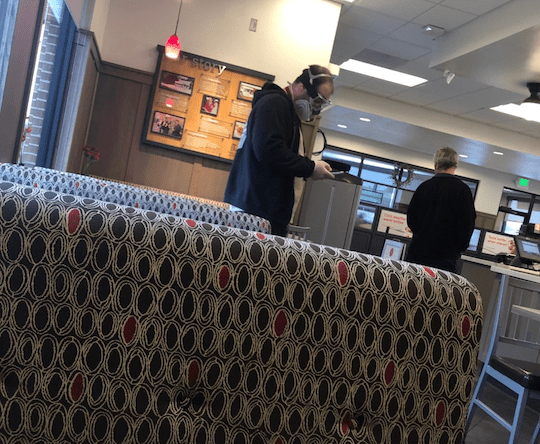 This road warrior was spotted by our copy chief in a Chick-Fil-A this morning.

Yesterday was the single worst day for the stock market since the 2008 financial crisis.

By day’s end, the Dow had dropped more than 2,000 points. (And in an unrelated incident, I ran my bank cards through the washing machine which isn’t anywhere near as bad but I would definitely describe it as a “personal challenge” for me.)

It’s only natural that you might feel uneasy about your investments right now. But now is not the time to panic. (Easier said than done, right?)

If this sounds like you, I highly recommend you check out the latest episode of the James Altucher podcast. (Which the maniac released at 3am last night.)

In this emergency broadcast, James discusses why the market fell, why you shouldn’t be afraid of market crashes, and what you need to keep track of to predict the market in a pandemic.

Click here to listen to James’s emergency podcast with his coronavirus market update.