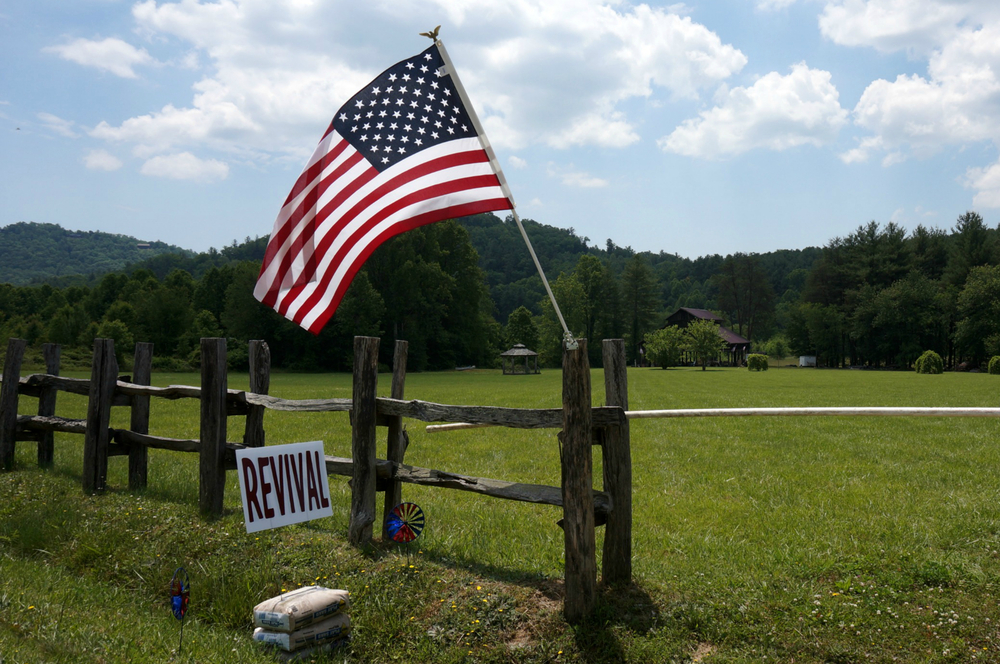 A piece from NPR this week caught our eye: “Trump Plants Seeds of Rural Revival With Friendly Farm Audience.”

If you’ve followed our missives for the past few months, we’ve made more than a few mentions of the prospects of a Rural Revival.

And, it has everything and nothing to do with why Trump is president.

Trump didn’t plant this seed, as NPR suggests. He merely tapped into it.

Though it seems the media would like to give all the credit to a small (and largely ignored outside of the cities, college campuses and, yes, mainstream media) group of morose tiki-torch wielding men who met up in Virginia, Trump’s rise to presidency can be better understood in comments like the one he gave to the American Farm Bureau recently:

“And that’s why I’m so honored to be the first President to address the American Farm Bureau in more than 25 years. What happened? Where are they?”

Indeed, despite much of his unseemly rhetoric, Trump tapped into something very real.

As rural towns continue to degrade economically, their problems doubly compounded by both a suicide and opioid crisis, the “silent majority,” those outside the good graces of the mainstream urban glitterati establishment, have been screaming for change.

But any Rural Revival won’t be led by by politicos, via subsidies, cronyism, hand-wringing and politicking.

They’ve been part and parcel of the problem.

It’ll be more driven, we posit, by the “creative dedicated minority” — by the thinkers, inventors, tinkerers, artists and, indeed, hipsters.

And, liberty-minded creatives, like never before, are given an unusual opportunity to lead the way.

The past century saw a mass migration from the sticks to the cities.

Initially, cities were the unbridled lands of opportunity — of a fresh start. A shot at self-determination and freedom of expression, with all the modern conveniences to boot.

Historically, in fact, the world over, cities have been bulwarks for liberty.

“On the feudal manor or the clerical town,” Sandy Ikeda writes in FEE, “the liberty of the common man had no place. Only in the commercial society of the cities, which then as today attracted the ambitious, the talented, and the misfit, did liberty have a real meaning and substance.  Only if you can ‘vote with your feet,’ leave the manor or village to pursue your dreams, or simply travel (and have a reason to travel) from place to place, are you really free.  That is what the city fundamentally represents.  As the old saying goes, Stadtluft macht Frei!”

And yet, the pendulum swings.

Hayek wrote about it in his The Road to Serfdom…

The twentieth century saw intellectuals and governments abandon the road to liberty in pursuit of collectivist utopias. And cities provided a perfect playground for the busybodies to stampede.

The Snake Eats Itself Alive

Urban areas in America, by and large, are now dominated by a “government-first” line of thinking.

If something needs fixed, if justice needs served (no matter the context), if there’s a problem in one’s community, if the toilet paper is too sandpapery, if there are “too many” choices of deodorants in the convenience stores, it’s the government’s job to set it straight.

And yet, the more power given to the politicos, the more human nature prevails. The more the politically-empowered get first dibs. Cronyism flourishes, creating a feedback loop, further “vindicating” those who tout the wealthy as inherently “problematic.”

Driving them, of course, to call for more government intervention. Driving the political-class, of course, to give them more of what they ask. Driving up the barriers to entry in the marketplace and driving down opportunity, independence and self-determination.

The snake eats its own tail until all that’s left are the fangs.

Big Brother, Where Art Thou?

Cities, thus, have been busily transforming themselves into glorified rat parks — experimental sandboxes for Big Brother. Places where the social engineers can dip into the public till to find new and novel ways to surveil, track, cajole, herd, foment, manipulate and stamp the indignant into submission.

With it, neurodiversity — and a tolerance for ideas outside of the prevailing cultural status quo — is becoming less tolerated.

The thing that made cities great, the free and open spread of ideas, a “live and let live” mentality, open debate, grassrooted, bottom-up community-oriented problem-solving, is now on the decline.

And the sands are beginning to shift.

Indeed, as Ikeda notes, this positive correlation between liberty-minded folks and rural or “agricultural” living is a historical anomaly; “… historically the countryside has been a great obstacle to liberty while cities have been the places where liberty and the fruits of liberty have flourished.”

But, now, today, we have another historical anomaly at our fingertips — the Internet. A place where anyone can enjoy those unbridled fruits of liberty, and make a living, from anywhere in the world.

And, the largely-untapped market for Internet Service Providers is getting rural areas up to speed.

(Moreover, my monthly mortgage for Crooked Mouth Farm’s two acres and a house — to do with as I wish in a pretty laissez-faire township — is less than half of what I paid in “trendy” city areas.)

All that’s left now is to study the migration patterns and general sentiment of the city’s historical trendsetters — namely, the “lowly hipster.”

And all signs point out to the sticks.

Go to any “trendy” area in any major city and take a look at its history.

Urban “renewal,” as it’s called, is led first in large part by a creative minority moving into abandoned factories. The hipsters set up studios, theaters, galleries and divided up old warehouses into bedrooms. They transmuted “no-go” areas into cultural hotspots of incredible creativity.

When cities were abandoned for the suburbs, for example, nobody predicted the rise of loft living in urban areas. But now it’s trendy. And incredibly expensive.

The hipster consequently finds himself priced out of the trendy areas as local governments move in to clamp down on zoning, dole out breaks for big box chains and infiltrate, in her sullen words, the area’s “soul.”

In the “foodie” scene — where rural traditions run rife, community gardens are on the rise and Mason jar sales have never been better.

In the alt-music scene — where folk music, homemade instruments, record players and “old is gold” is cooler than ever.

In the alt-home scene — where tiny houses, “skoolies” and modified RVs are on the up and up. (You think the city central planners are going to tolerate autonomous homes??)

In the alt-work scene — where Millennials are becoming less satisfied with the sedentary cubicle farm and more excited about the idea of working remotely (and where, perhaps, many tech-forward companies simultaneously, rather than downsizing employees, see it as an opportunity to lower their overhead)…

And, finally, on the other end of the pole, in the small rural towns, begging for solutions, innovation, creativity — for a revival.

And the twain shall meet.

Dependency, after all, is the name of the control game. For that, liberty won’t be found in the cities.

It’ll be found back in the sticks.

Where many libertarians already roam. And the hipsters will soon call home.