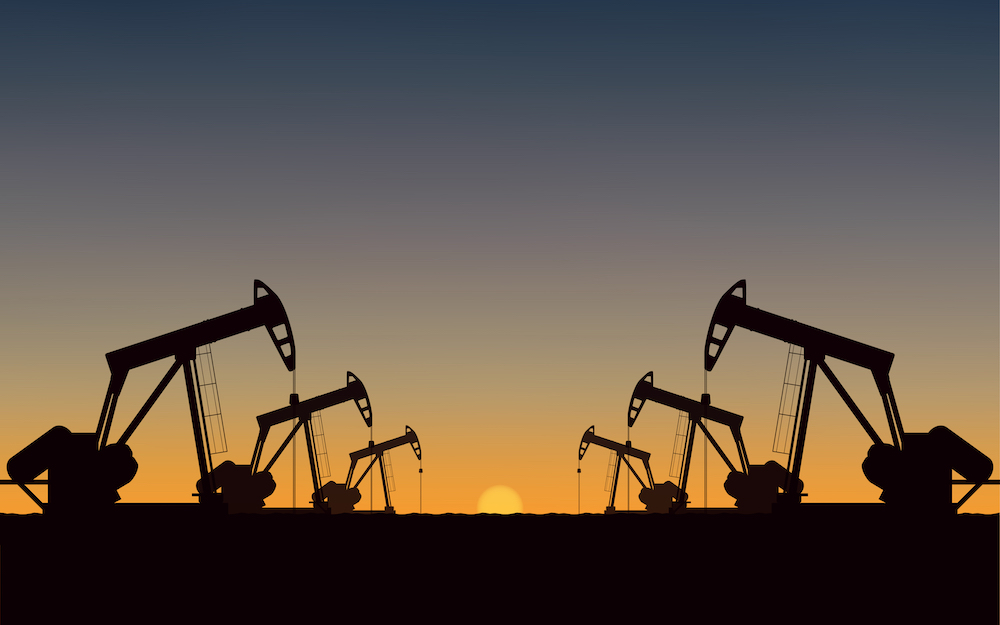 Oil prices soared this morning following a drone strike over the weekend that hobbled Saudi Arabia’s largest oil production facility. (And the international community is just kinda like, “Come on guys. Could we deal with the Trade War first, please?”)

Industry experts estimate the attack on Saudi Aramco’s oil facility in Buqayq will slash the output of Saudi oil by half. And while the world doesn’t depend on Saudi oil like it used to, that still represents a substantial chunk of the global supply. (About 5%, give or take a few hundred barrels of dead dinosaurs.)

According to sources inside the Saudi oil industry, the damage to the oil facilities is extensive and could take months to return to full capacity. But according to Mark Haefele, chief investment officer at UBS Global Wealth Management, we’re not in recession territory yet.

“While the attacks present yet another headwind for a global economy that is already buffeted by deteriorating manufacturing activity and elevated trade tensions, we don’t believe that this short-term disruption to oil production will trigger a global recession,” said Mark.

For now, the U.S. and Saudi Arabia can offset the disruption with stockpiles of stored oil. But investors are worried that this might be the beginning of a prolonged campaign of attacks that aim to disrupt the flow of global oil production.

The Day of the Drone

Economic woes aside, the success of these attacks is a harrowing confirmation of one of the international defense community’s worst fears.

According to early reports, the attacks were carried out using relatively inexpensive drones. (Saudi officials are on the lookout for a cadre of dads desperately trying to reconnect with their teen sons.)

Unlike a traditional air force, the simple and inexpensive drones were able to slip by Saudi defenses undetected and drop their explosive payload on the facility before anyone even knew they were there.

Now that we’ve seen just how effective this strategy can be, every Terrorist, Dick, and Harry will be heading on down to BestBuy this Friday to treat themselves to a nice new drone.

“The bottom line is that we are likely to see many more of these sorts of attacks,” Milena Rodban, an independent risk consultant based in Washington, told Yahoo Finance. “And in particular, coordinated attacks on multiple targets are likely, possibly in tandem with a cyber-attack component.”

The Iran-backed Houthi militia claimed responsibility for the attack on Saturday. However, according to President Trump and Man Whose Glad John Bolton is Gone Mike Pompeo, there may be more to attack than meets the I(ran).

In a Saturday afternoon tweet, President Mel Gibson implied that Iran was behind the attack and said the U.S. was “locked and loaded.” But Trump indicated the administration would wait for confirmation from the Kingdom (Saudi Arabia) before making a move:

Which was directly followed up by this slice of cake:

Plenty of Oil is a dating website for wealthy industrialists and tycoons.

In case Trump’s tweets were too subtle, Secretary of State Mike Pompeo hopped on Twitter to clarify that the U.S. believes Iran’s military and not the Houthis executed the attack.

“Tehran is behind nearly 100 attacks on Saudi Arabia while Rouhani and Zarif pretend to engage in diplomacy,”said Pompeo. “Amid all the calls for de-escalation, Iran has now launched an unprecedented attack on the world’s energy supply. There is no evidence the attacks came from Yemen.”

President Trump was scheduled to meet Iranian President Hassan Rouhani at the United Nations General Assembly next week. But somehow I doubt they’ll go ahead with that little tea party now.

We’ll have more on this story as it spirals out of control and devolves into an all-out shooting war.

Purdue Pharma filed for bankruptcy protection last night as part of a partial deal to resolve thousands of lawsuits brought against the company for its role in the U.S. opioid crisis.

(Note: The role Purdue played in the U.S. opioid crisis was “Villain-from-a-90s-cartoon-where-all-corporations-are-bad #3.”)

Purdue is currently being sued by almost every state, and more than 2,600 cities, counties, hospitals, and anyone else who had their ass kicked by the worst prescription drug crisis America has ever faced.

“This settlement framework avoids wasting hundreds of millions of dollars and years on protracted litigation and instead will provide billions of dollars and critical resources to communities across the country trying to cope with the opioid crisis,”Purdue Chairman Steve Miller said in a statement.

The deal, valued at about $10 billion, was only accepted by about half of those entities, potentially leaving Purdue and the ultra-rich villain-of-the-week Sackler family open to further losses down the road.

Lawyers for the plaintiffs refused the deal said it’s nowhere near enough to repair the damage caused by the company and hardly a fraction of the enormous wealth the Sackler’s accrued from the pain of others.

Of course, as part of the deal, neither Purdue nor the Sackler family will admit any wrongdoing (because people make $10 billion all the time when they haven’t done anything wrong).

“A deal that doesn’t account for the depth of pain and destruction caused by Purdue and the Sacklers is an insult, plain and simple,” New York Attorney General Letitia James said.

This partial, half-deal thingy will likely temporarily halt litigation into the company for a while. But the Justice Department currently has several ongoing civil and criminal probes into the company.

We may very well see a Sackler in cuffs before this whole thing is over. (I’m joking of course. They have way too much money to be arrested.)

Bob Iger Pretends Not to Be Insulted by AppleTV

According to an SEC filing from Apple, Iger handed in his resignation and limited edition U2 iPod last Tuesday, the very same day Apple unveiled the price and release date for its Apple TV streaming service.

“I have the utmost respect for Tim Cook, his team at Apple and for my fellow board members,” Iger said through clenched teeth in a statement published in The Hollywood Reporter.

“Apple is one of the world’s most admired companies, known for the quality and integrity of its products and its people, and I am forever grateful to have served as a member of the company’s board.”

It doesn’t take Sherlock Holmes (or even a dumber, lesser-known detective) to work out the reasoning behind Iger’s departure.

With the official announcement of AppleTV+, Disney and Apple are now officially competitors. And I imagine the release date and price of Apple’s service came as something of an unpleasant surprise to the Disney CEO.

Disney had hoped to stage a takeover of the streaming market with its Marvel catalog and a lower-than-Netflix price of just $6.99 a month. But to Iger’s chagrin, Apple is pricing its service at just $4.99 a month and launching within just 11 days of Disney+.

“While we will greatly miss his contributions as a board member, we respect his decision,” Apple said in a statement to The New York Times.“And we have every expectation that our relationship with both Bob and Disney will continue far into the future.” (They won’t.)

Of course, that won’t be worth much if Apple doesn’t have the shows to justify even the tiny $5 price tag. AppleTV+ will launch with just nine original titles, including Snoopy in Space and an untitled Oprah project. 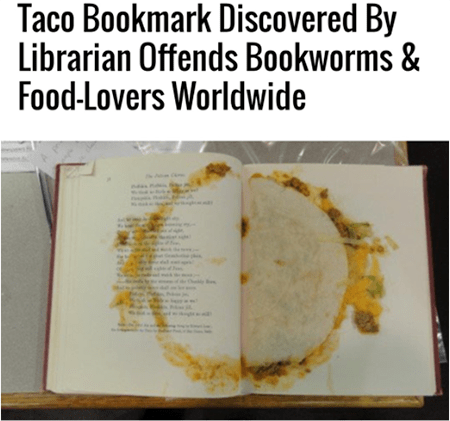 About 100 years ago, China was in a period of rapid modernization.

What had once been an impossibly large country was now being connected by a vast network of rail and wire. (And those trains and telegraphs cost some serious dough.)

To make some quick money and pay for this rapid expansion, the country’s imperial dynasty offered up a glut of bonds; now known as the “Imperial Bonds”. With very attractive rates of return, folks around the world snapped them up.

Those folks were operating under the assumption that there would be an Imperial Dynasty when the bonds matured. (There wouldn’t be.) And after several regime changes (and a handful of atrocities), the Communist Party of China established the People’s Republic of China.

Now, typically when regime change like this occurs, the new government will honor bonds issued by the previous administration to signal that: “Yes, we are a legitimate government. Please hang out with us and buy our beans and stuff.”

However, since day one, the People’s Republic of China has been playing by their own rules (which is kinda how we got to where we are today with the Trade War).

China doesn’t recognize the Imperial Bonds as legitimate debt and point blank refuses to pay them off (though they’re happy to use the rails and roads built with those bonds, of course).

Some folks collect these bonds as semi-valuable antiques. They sell online for a fraction of what they would be valued at now if China paid them off.

But right now, for the first time in history, bondholders (and anyone who snaps up these bonds on eBay) have a slight chance to redeem their bonds which are valued at millions of dollars each.

And it has everything to do with the Trade War.

There’s a lot to unpack here. We’ll pick this up tomorrow with the story of how the British forced the People’s Republic of China to recognize the bonds… and how Trump could do the same.