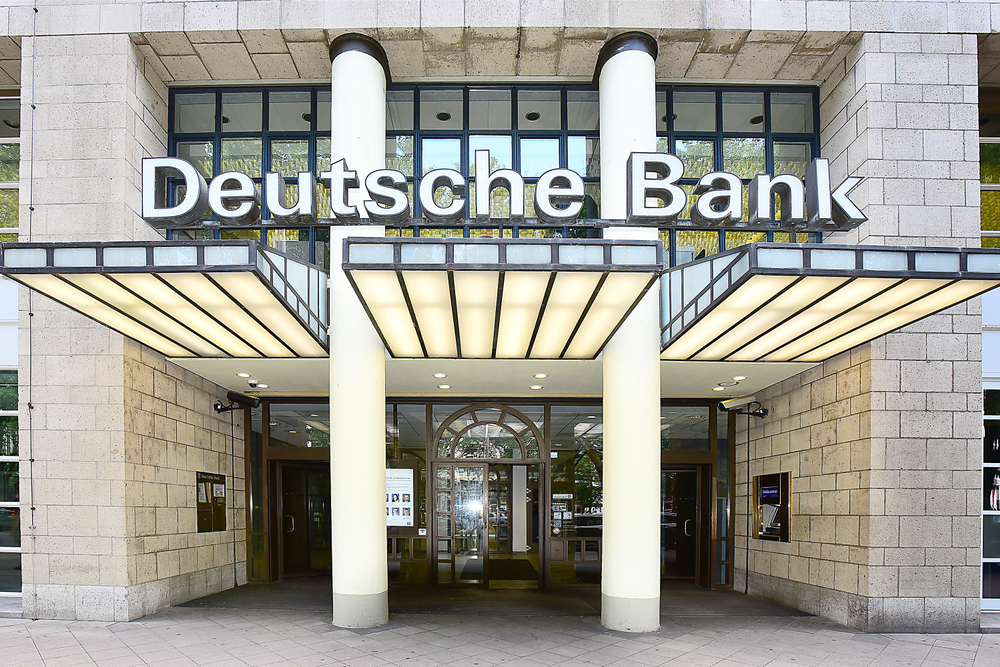 The Trump family is suing Deutsche Bank and Capital One to prevent them from releasing their finances to Congress. (Awww. They say the family that sues together, glues together.)

The president and the adorable little Von Trump children filed a federal lawsuit this morning to block the banks from complying with congressional subpoenas issued by House Intelligence and Financial Services Committee.

The Germany-based Deutsche Bank has been the primary bank used by the Trump family and businesses for decades. And according to reporting by the Wall Street Journal, Trump & Co have taken out more than $2.5 billion in loans from Deutsche Bank since 1998.

Except, of course, for William Henry Harrison, the nation’s first ghost president.

The House Intelligence and Financial Services Committees subpoenaed 10 years of financial records, saying they are investigating for potential foreign influence (again) and illicit use of the financial system (sounds sexier than it is).

But according to the president’s lawyers, the subpoenas are “unlawful and illegitimate” and nothing more than an attempt to “rummage through every aspect of his personal finances, his businesses, and the private information of the president and his family, and to ferret about for any material that might be used to cause him political damage.”

Representative Maxine Waters said in a statement the Trump family lawsuit (great name for a band) was “another demonstration of the depths to which President Trump will go to obstruct Congress’s constitutional oversight authority.” 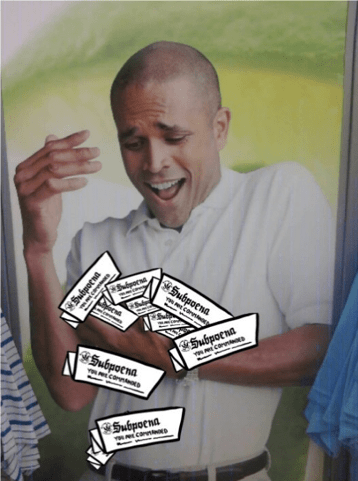 Why can’t I hold all these subpoenas?

The Democrats have been blasting the administration with subpoenas since they took control of Congress this January — including a big ole subpoena for the unredacted version of the Mueller report.

AG William Barr is scheduled to testify about the report in front of the House and Senate Judiciary Committee later this week. But word on the street is the AG is planning to play hooky and skip out on the proceedings.

If that were to happen, the Committee would likely (you guessed it) issue a subpoena for his appearance.

What do you think about all this rampant subpoenaing? Are the Dems abusing their power to disrupt the election? Or are they working in the best interest of the people?

Click here to send us an email and lay it on us.

Mexico Will Legalize Weed before October 2019

According to sources inside the Mexican government, lawmakers are working hard to legalize marijuana throughout the country before a rapidly approaching legal deadline.

(And make next summer in Cancun THE BEST SUMMER EVER. WOOOOO!)

Now, it goes without saying Mexico has a long and not-so-chill history with the Dinkle Dow.

(Editor’s Note: All drug names in this article were sourced from former AG Jeff Session’s guide to drug slang.)

Mexico is historically one of the largest producers of Lime Pillows in the world.

As recent as 2008, two-thirds of all Rainy Day Woman sold in the U.S. came from Mexico. And the cartels, that plague the country to this day, built criminal empires off the back of those profits.

But in its current political climate, Mexico is a natural fit for Blue Cheese legalization:

Oh yeah. That’s right. Mexico’s Supreme Court is surprisingly pro-weed. (It is the highest court after all.)

Since 2015, the court has ruled five times that a ban on Green Mercedes Benz is unconstitutional. And they’ve given lawmakers a strict deadline to develop a regulatory plan for cannabis.

(Here’s the One Last Thing regulatory plan for the Bambalachacha: Legalize it. Tax the crap of it. Make brownies. $$$.)

The Senate has until October to bring Mexican law in line with the Senate’s ruling. Which isn’t a lot of time. But lawmakers plan to work through the summer recess to make it happen.

One Last Thing’s comprehensive guide to people who get summer recess: 1. Babies. 2. Teachers. 3. The government.

This would be an enormous win for the Burritos Verdes industry.

Canada is currently the world’s largest consumer of legalAlice B Toklas. But I don’t think that’s going to last for long. Mexico’s population is about three-and-a-half times larger than Canada’s.

No matter how you feel about the Sticky Icky, it’s undeniable that legalization is coming.

Today, more than 40 countries worldwide have given medical marijuana the green light. And full legalization is gathering some real steam inside the U.S. and internationally.

A turning point like this is a once-in-a-lifetime event. And it’s going to make a lot of people a lot of money.

I’m going to go into that a little bit more in today’s One Last Thing.

But if you want to find out how a massive marijuana payout plan could double your retirement savings right now, without ever having to touch a single plant, just click here.

“Can that which has no rice truly be called rice?”

This is the fierce intellectual debate raging in the Louisiana courts.

A Democrat-sponsored bill is rapidly making its way through the state’s legal system that would prevent the makers of so-called “cauliflower rice” from labeling their product as “rice.”

Cauliflower rice: When you break up cauliflower into little bits, it kinda looks like rice. That’s pretty much all cauliflower rice is. People eat it because it’s got fewer calories than rice. But it still tastes like cauliflower (which is objectively a bad taste).

This is part of a national legal debate concerning the marketing of plant-based alternatives like soy milk and meatless hamburgers.

According to the traditional agricultural industry, all these veggie substitutes will confuse poor customers who won’t be able to tell the difference. (Poor Jeremy wandered into the vegan foods aisle and bought a meatless hamburger and some cauliflower rice. He’ll never be the same again.)

Obviously, the veggie upstarts would like to keep the name on their branding because it draws a direct relationship to the product they are replacing in the customer’s mind.

To be honest, I don’t think anyone actually thinks this kind of branding is confusing. (If you think cauliflower rice is rice just because it says “rice” on the box, then you deserve to be eating cauliflower rice.)

The real problem for rice growers is that these veggie alternatives are gaining popularity and cutting into their bottom line. Anything they can do to hurt their branding can only positively affect their own sales.

The bill was passed unanimously in the state Senate and is heading to Congress for their approval. If it’s passed in Congress it will land on the desk of Democratic Louisiana Governor John Bel Edwards.

Edwards hasn’t let his position be known on the issue. (Probably because no one thought we’d be having this discussion in the first place.)

What do you think? Should we let everyone call their product rice and let the free market see who deserves to survive? Or should products have strict, defined meanings so customers don’t accidentally eat a vegetable?

Click here to email us your thoughts (and your veggie-based thought substitutes).

Last month, I mentioned that one of our researchers came across an unadvertised “secret” program that could allow anyone to retire rich from the marijuana legalization boom.

At the time, I said that we needed a little more time to research this strange opportunity before I could tell you about it.

And what my researchers found after some digging was incredible. Just a single dollar invested into “Weed-tirement” when this program started would have grown into $6,638.

And for the first time ever, this tested private-sector strategy to grow retirement wealth is available to anybody.

The best part about this alternative investment program is it works the same way a 401(k) fund does. But you don’t have to wait 20 years or more to start seeing the results.

Because you’ll start to receive your payments almost as soon as you enroll.

It all works by tapping into the revenue of one of the most profitable companies ever to enter the marijuana trade.

And with the explosive growth in legal marijuana sales happening right now… the timing of you finding this opportunity simply could not be better.

Click here now to discover how this marijuana payout plan could double your retirement savings.