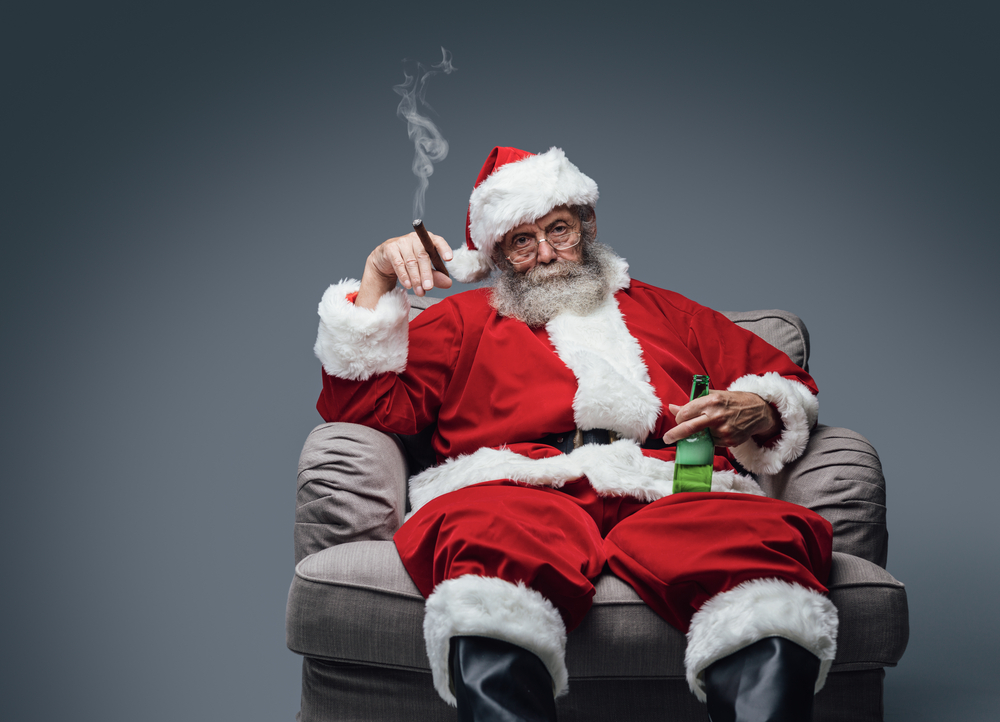 Tortured by the Secret Police

Microsoft says its Slack knockoff has hit 20 million ding dongs bing bonging each other all the livelong day. While Slack’s most recent reporting, as of September, pegs their numbers at just 12 million people who won’t leave me alone to write this stupid e-letter.

Investors are starting to worry that Microsoft will hammer Slack into the ground with a brute force cocktail of money and time.

Like many of the tech darlings who listed an initial public offering in 2019, Slack is a sexy, innovative tech that’s going to “build communities,” “break down walls,” “change the way we live and work,” and, oh yeah, never make any money while they’re doing it.

Analysts forecast the Send Your Co-Workers Pictures of Your Dog™ app won’t be profitable next year, or 2021, or 2022 for that matter. (It might be profitable in 2023 but the country might just be a pile bones with an American flag sticking out of it by then.)

However, the folks at Slack say Microsoft’s numbers are inflated by corporate ding dongery and don’t accurately reflect the daily users of Teams.

See, while Slack is a standalone app, Microsoft bundles Teams with its Office 365 Business Premium and Office 365 E3 subscriptions.

So while more folks technically have Teams downloaded on their computer, Slack alleges that users aren’t engaging with it on the same level as its platform. (In the same vein as having a treadmill propped against the lawnmower in your tool shed, does not make you a runner.)

“Among our paid customers, users spend more than 9 hours per workday connected to our service, including spending about 90 minutes per workday actively using Slack.

“What does this active use look like? It adds up to more than 5 billion actions weekly on average, including reading and writing messages, uploading and commenting on files, performing searches, and, most importantly to us on the Platform team, interacting with apps.”

Even if folks aren’t actively engaging with Microsoft’s Bother Me at Work™ app, these numbers, combined with big losses and slowing sales growth, are turning investors bearish on Slack.

Since Slack was listed on the NYSE in June, shares have fallen almost 20% from its reference price of $24.

Social Security-related scams have become the #1 type of fraud reported in America, according to a press release by the Office of the Inspector General. (I mean, it’s not my favorite type of fraud, but there’s no accounting for taste.)

These scams, in which callers trick victims into making cash or gift card payments to avoid arrest for “Social Security number problems,” have skyrocketed over the past year. (It’s a little known fact, but if you give a cop a Buffalo Wild Wings gift card, he can’t arrest you.)

The FTC are getting so many reports of this scam they’ve established a dedicated form web page for reporting this specific scam. (You know you’ve made it in the grifting world when you get your own form.)

“We are taking action to raise awareness and prevent scammers from harming Americans,” said Commissioner Andrew Saul. “I am deeply troubled that our country has not been able to stop these crooks from deceiving some of the most vulnerable members of our society.”

If you’ve fallen victim to this particular scam, you can report it here.

The OIG says the only way to mitigate the damage done by these scams is to not fall victim to them in the first place. (Which doesn’t really help all those folks who have already fallen for it.)

Social Security occasionally contacts people by phone. However, they will never threaten a person with arrest or other legal action if they do not immediately pay a fine or debt. (Unless it’s Joyce and she hasn’t had her coffee yet.)

Social Security will not: 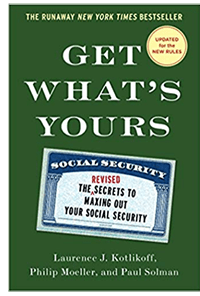 Folks get caught in these scams because 1) they’re afraid of getting their butts thrown in jail and 2) don’t understand jack about Social Security.

I don’t blame ‘em. The U.S. Social Security system is designed to be an impenetrable pain in the ass. That way, the government doesn’t have to fork over the millions of dollars it owes Americans.

Most folks don’t come anywhere close to maxing out their Social Security. But with Laurence J. Kotlikoff’s runaway New York Times bestseller Get What’s Yours, you can put tens of thousands of extra dollars in your pocket.

If you’re on Social Security or plan on receiving it in the next 10 years, then this is the book for you.

“This practical guide to navigating the Social Security system cuts through the fat,” wrote Pulitzer Prize winner Concepción de León for the New York Times. “And covers everything from how to file for social security to the strategies for claiming the highest possible income.”

I ain’t no fancy pants Pulitzer Prize winner (as you can probably tell from my words and stuff). But, for my money, Get What’s Yours is better written and more entertaining than I thought a book on Social Security could be. Which obviously isn’t the point of the thing but it darn sure makes for an easy read.

Click here to find out how to claim your FREE copy of Get What’s Yours and boost your check by 32% using the “hiccup” technique and discover more than 100 social security boosting tricks.

But, be warned, supply is limited and they’re flying off the shelves.

A worker for the UK Consulate says Chinese Secret Police abducted and tortured him in an effort to prove that Britain was the mastermind behind the Hong Kong protests all along. (An incredible feat for a country that can’t even mastermind its way out of the EU.)

Simon Cheng, a Hong Kong citizen who worked for the consulate’s business-development team, was detained as he was returning to Hong Kong from a conference in Shenzen, China. (Apparently suspecting that Cheng had “business developed” the protests for the UK government.)

Cheng was abducted by Chinese Secret Police on the Hong Kong side of the border and taken back to China by train. Now, you generally don’t want to be abducted by the CSP anywhere. But if Cheng’s story is true, this supports what the pro-democracy protestors were asserting all along.

If you remember, this war on the streets of Beijing kicked off in protest to a bill that would allow China to extradite Hong Kong prisoners and political opponents.

And once you’re in a Chinese prison, hidden from the eyes of the international community, torture, humiliation, and all kinds of weird stuff are on the menu.

“For Hong Kongers, it shows their fear was not ungrounded.” Mr. Cheng told the Wall Street Journal in a series of interviews.

Cheng was taken to an undisclosed location in Shenzhen handcuffed and shackled, blindfolded and hooded. There, he was tortured, deprived of sleep, and interrogated for days.

He says he was chained to a board, hands and feet stretched into an X shape. He was forced to squat for hours, while guards poked him in the back of the knee with a sharpened baton. And if he dozed off or moved, Cheng was forced to sing the Chinese national anthem. (I’ve never been tortured before but I have heard the Chinese national anthem and this sounds like the worst part.)

Fearing for his life, Cheng said he divulged the passwords for his phone and laptop, as well as the names of two British consular officials he believed had military and intelligence backgrounds.

China charged Cheng with prostitution (you gotta charge him with something) and released him after 15 days when they realized he was probably just a business development guy. (Despite insisting he was the mastermind behind the Hong Kong protests when torturing him.)

UK Foreign Secretary Dominic Raab condemned China’s treatment of Mr. Cheng and summoned the Chinese ambassador to the UK, Liu Xiaoming, “to express our outrage at the brutal and disgraceful treatment of Simon.”

China’s foreign ministry spokesman Geng Shuang responded with a warning to London to “stop interfering in Hong Kong affairs and China’s domestic affairs, because that will only harm the UK’s interests.”

“China firmly objects to the UK’s comments related to the matter, and we express strong indignation toward the UK’s false actions and comments on all issues relating to Hong Kong.”

Cheng told the Wall Street Journal that he is seeking asylum in an unspecified country, fearing retaliation for speaking out if he remains in Hong Kong.

“I will no longer be able to live a normal life,” he said. “I cannot pretend it didn’t happen.”

The Fed is Driving Stocks into an Insane Bubble

Despite rumblings of a global economic slowdown, anxiety over the trade war with China, and the always present risk of a giant lizard rising out of the sea and destroying the western seaboard, this has been one of the best years on record for stocks. (And I had an okay year in general, thanks for asking, could have been better.)

But according to Money & Crisis editor Graham Summers, these unprecedented gains are far from over. Graham predicts that the Federal Reserve is driving stocks into a bubble unlike anything we’ve seen before.

When it bursts, well, you know what happens when bubbles burst. But before then, stocks are in for a hell of an upward climb.

I asked Graham to come in today to write a special edition One Last Thing on why he thinks this is going to happen and how it’s going to go down.

Both commodities and bonds are suggesting that higher rates of inflation are coming, Shane.

Commodities, which are extremely inflation-sensitive, are breaking out of a massive falling wedge formation. This suggests that commodity prices will soon be rising rapidly, which typically indicates inflation is rising.

So how does this translate to stocks?

Stocks Are a Temporary Hedge Against Inflation

History shows us that stocks are a great hedge against inflation, at least for a time.

The reasons for this are:

However, once inflation seeps fully into the economy, it becomes a big negative for stocks. Reason being, companies are no longer able to offset their higher operating costs by raising prices anymore and as a result of this, corporate profits begin to fall. And that’s when inflation starts to hurt stocks.

You can see this in the performance of the stock market during the 1970s – the last period of higher inflation in the U.S.

In 1971, the Fed, under political pressure from then-President Richard Nixon, began cutting interest rates despite the evidence that the U.S. economy was doing well.

This, combined with Nixon breaking the link between gold and the U.S. dollar in August 1971, allowed inflation to really take hold. And stocks LOVED it, rising 60% from mid-1970 to 1973.

However, at that point inflation was really beginning to get out of control, hitting 11%. The cost of everything was exploding higher and corporate profits took a huge hit. Stocks fell approximately 50% in the 20 months following this.

Here’s how this translates to present day…

Is An Inflation Spike Coming in Stocks?

If higher rates of inflation are coming, then stocks are still early in the game. This ties in well with my running forecast that the Fed is going to drive stocks into a truly insane bubble.

If stocks were to repeat their run of the early ‘70s when inflation first began to accelerate, we could be talking about the S&P 500 approaching 5,000 in the next two years.

It sounds insane, but it’s happened before. And the long-term chart for the S&P 500 is open to a move above 4,000 in the coming months.