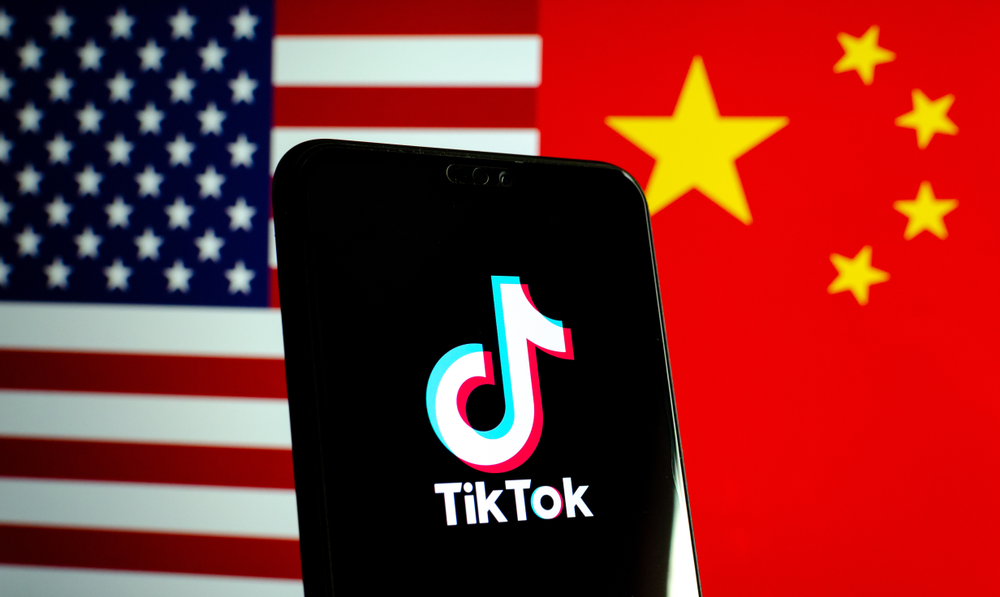 Beijing tech giant Bytedance is considering restructuring its popular/deeply annoying social media app TikTok, in the hopes of calming the big old meanies in government who keep banning it.

According to an investigation by the Wall Street Journal, the company’s senior execs have locked themselves in a board room with a case of Wild Turkey, six crates of grapefruit, and a briefcase full of uppers, and they’re not coming out until they’ve worked out how to make everyone like them.

Some ideas that have already been kicked up the flagpole, according to the Journal’s sources, include creating a new management board independent of ByteDance and establishing a HQ for the app outside of China. 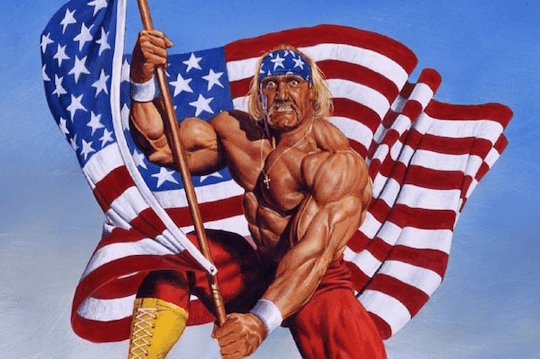 Possible candidates for the all-new, all-American TikTok management board include this paining of Hulk Hogan and the vague concept of freedom.

TikTok’s popularity is partly due to a gap in demand left by Vine, but it received a honking helping hand from our old friend Mr. Wet-in-your-lungs.

As the coronavirus pandemic took hold and the planet struggled to acclimate with staying inside all day, TikTok became the fastest growing app ever. Bored kids and terrified adults spiraling to a pit of existential dread downloaded the app 315 million times in the first quarter of 2020, the most downloads any app has received in a single quarter.

But as Spider-Man’s other, lesser-known uncle used to say: “With great app downloads comes greater attention from foreign governments.”

Tech experts and officials in several countries have expressed concerns over the company’s ties to the Chinese government, who could use the app to steal and weaponize our nation’s most innovative dances. (Oh, and it also collects huge amounts of data from user’s phones.)

TikTok has said it would never give the Chinese government access to its user data, even if it asked super nicely. But critics say that China’s rigid internet security laws say they can pretty much take whatever they want and there’s not much TikTok could do about it.

In recent weeks, the government in India, one of TikTok’s largest markets, banned the app. And both Secretary of State Mike Pompeo and President Trump have publicly discussed banning TikTok. (And creating their own social media that’s way better, with nudity and swearing. It’s going to be great.)

ByteDance’s discussions are still in their early stages, but the company is considering Singapore, London, and Dublin, as possible locations for its new HQ, according to the Journal.

A Vaccine for the Holidays

A German biotech company, partnered with “gentleman enhancer” Pfizer, says it could have a vaccine ready to ship by the holiday season this year. (Each stocking will be stuffed with a tiny doctor brandishing a very special injection for all the good boys and girls.)

BioNTech CEO Dr. Ugur Sahin told the Wall Street Journal that the company will be ready to seek regulatory approval by the end of the year. And if it gets approved the company will have millions of doses waiting in the wings, ready to blast all the special little kiddies with a hot dose of “going outside.”

Several hundred million doses of the vaccine will be produced before approval, which signals BioNTech is either extremely confident in its product or they’re a bunch of ding dongs who are about to lose a whole ton of money. In total, over 1 billion doses of go-outside juice could be produced by the end of 2021, according to Dr. Sahin.

Like several other promising vaccine candidates, the vaccine uses an experimental technology known as messenger RNA (which, without Googling, I’m going to assume is when they shrink a dude down and inject him into your bloodstream so he can shoot the virus with a little space ship).

Pending approval, BioNTech (who really just jammed a capital “N” into the middle of their name for no reason) expects to begin the final stage of testing at the end of July. This would involve a randomized study of 30,000 people across the entire planet.

Should the hug-your-friends potion be approved, the company’s partnership with Pfizer would enable the company to quickly produce vast amounts of vaccine doses for the US market.

BioNtech, who trades on the Nasdaq, saw a 7.7% surge in their stock when they announced the news this morning.

Employment has stalled as the US economy dipped it’s toes in the pool of recovery and said: “Nah brah, it’s too virusy today.”

With Coronavirus on the rise in 38 states, six economies representing one-third of the total GDP have slammed the reverse button on their reopening plans. Arizona, California, Colorado, Florida, Michigan, and Texas are backpedaling through phases like Ferris Bueller trying to turn back the odometer on a Ferrari.

Reopening efforts have been frozen in 15 other states, and with economies on ice, the jobs situation is starting to look a little again.

More than 1.3 million people applied for unemployment benefits last week. This is down from 1.4 million the week previous. But these numbers are still more than the double pre-pandemic record. (Which is kinda like celebrating Uncle Steve because he got wasted and threw up in the bounce house, but at least he didn’t punch the birthday clown.)

Jobless claims had been falling steadily in April and June, but as economies are forced to roll back reopenings, the decline is losing steam.

“[Jobless claims] are stalled out at a new normal of over a million new claims every week,” Daniel Zhao, an economist at Glassdoor, told the Associated Press.“The virus is in the driver’s seat and we’re along for the ride until the current public health crisis is resolved.”

Meanwhile, credit card data from Bank of America and J.P.Morgan Chase shows that consumers are growing more cautious amid the resurgence of the sucky thing I hate talking about, even in states that aren’t experiencing a sharp uptick in the virus.

You can listen to the latest episode here on Spotify. Or simply search your preferred podcast app for “One Last Thing.”

In this episode, Twitter accidentally leaks the existence of a new subscription service, banks face financial repercussions for their ties to Jeffrey Epstein, and memes make money.