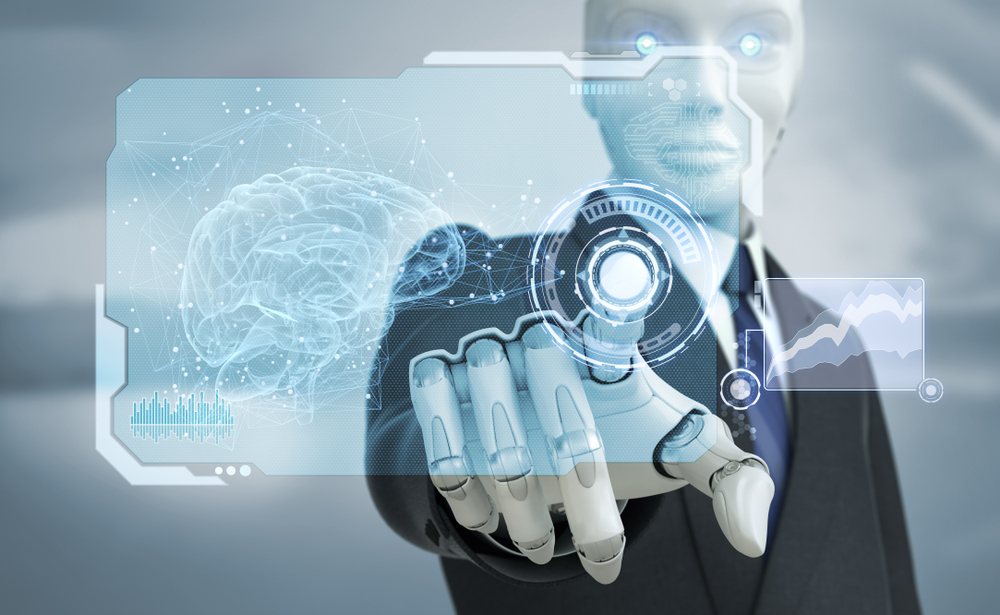 They're Taking Our Jobs

I’m not ready to reveal all the details yet… but we’re really close.

I promise to tell you everything in tomorrow’s issue of Money & Crisis.

Be sure to tune in. It’s going to be the most important issue to date. And I don’t want you to be left behind.

For now, let’s get to the meat of today’s issue and do a deep dive on the…

Metal men march on the ashes of civilization.

The night sky is dark. The human race has come to an end.

The robots have won.

This is the post-apocalyptic image of Man Vs. Machine conjured up by action blockbusters like Schwarzenegger’s Terminator movies.

A vision of total societal collapse at the hands of a violent, unstoppable machine army — and a warning on the potential dangers of technology, automation, and artificial intelligence.

It’s a little dark… and overly dramatic… but not as far from the truth as most folks would believe.

A war between man and machine is on the horizon.

But it won’t be fought on debris-littered battlefields or in dusty trenches.

And the machines won’t have “gone rogue.” They will be doing exactly what they were designed to do:

One hundred years from now, the history books will call it the Automation Revolution. But the hardworking Americans who have to live through it will know it better as…

The Fight for the Right to Work

Automation has been slowly chipping away at the job pool for years… but it’s gone largely unnoticed because much of the “progress” has been made in industries that are outside the public eye.

Take for example the booming oil and gas drilling industry. Business took a sharp decline during the economic downturn post-2008, resulting in the loss of more than 440,000 jobs.

Things were looking grim for almost a full decade. But in the last two years, the industry has bounced back with a vengeance.

The number of U.S. oil and gas rigs doubled from just 509 rigs to a whopping 1,009. And with such a dramatic boom in rigs, you’d expect an almost identical uptick in industry jobs.

Yet according to the Bureau of Labor Statistics, the number of jobs in the gas and oil industry is in a steady decline… and projections for the future see many of these jobs disappearing entirely in the next few years.

This is due to the rise of the “iron roughnecks” — advanced, automated drilling rigs that require just 25% of the manpower to operate.

Most of the day-to-day business of the roughnecks is performed by machines and automated processes. Which means they only need a handful of humans to “supervise” the work.

And all this happened in just two years. A decade from now, the oil and gas industry will be an automated goliath operating with a skeleton crew of just a few thousand people.

And other industries are following in its footsteps.

Many truckers are very fearful [of driverless vehicles]. Trucking is not the best job but it pays the most in lots of rural communities. They worry: Are they going to support their families? And what will happen to all of the small towns built off the trucking economy?

Working-Class Jobs Under the Knife

Automation has been nipping at the heels of the hardworking American for decades now. But recent advances in robotics and artificial intelligence have hit the fast-forward button on “progress.”

According to a study by the McKinsey Global Institute, over 70 million U.S. jobs, and a total of 800 million jobs globally, will be eradicated by automation in the next 12 years.

Even industries once thought untouchable — like medicine — will see at least partial automation… and those who refuse to automate will be left in the dust by their competitors.

You see, while an automated unit might have an initial cost of tens or even hundreds of thousands of dollars… you never have to pay that robot a salary… pay for its health care… match its 401(k)… train it… or replace it when it finds a better job.

And they’re not just a more cost-effective option. Automated workers can perform the same tasks as humans much faster and more efficiently. Which makes automation a no-brainer for companies looking to maximize their profit margin.

The industries that will take the biggest hit will be accommodation and food services, manufacturing, transportation and warehousing, agriculture, retail, andmining. But aspects of automation will slowly seep into elements of all industries, filling roles once held by folks like you and me.

What Does This Mean for You?

If you’re working in a position that’s likely to be automated in the next few years, it’s time to start working on your plan B.

Shore up your emergency fund in case you are forced out of your job suddenly. Retrain with an eye on taking on roles that are harder to automate — think managerial roles or something like teaching that requires true human interaction to be effective.

If you’d like to take advantage of one of these powerful income ideas, but you’re not sure where to start, I highly recommend checking out James Altucher’s new book, the Side Hustle Bible.

In it, James reveals 177 six-figure income opportunities to earn easy paychecks for the rest of your life — including 10 ways to make two grand in the next 48 hours. Click here to claim your free copy, now.