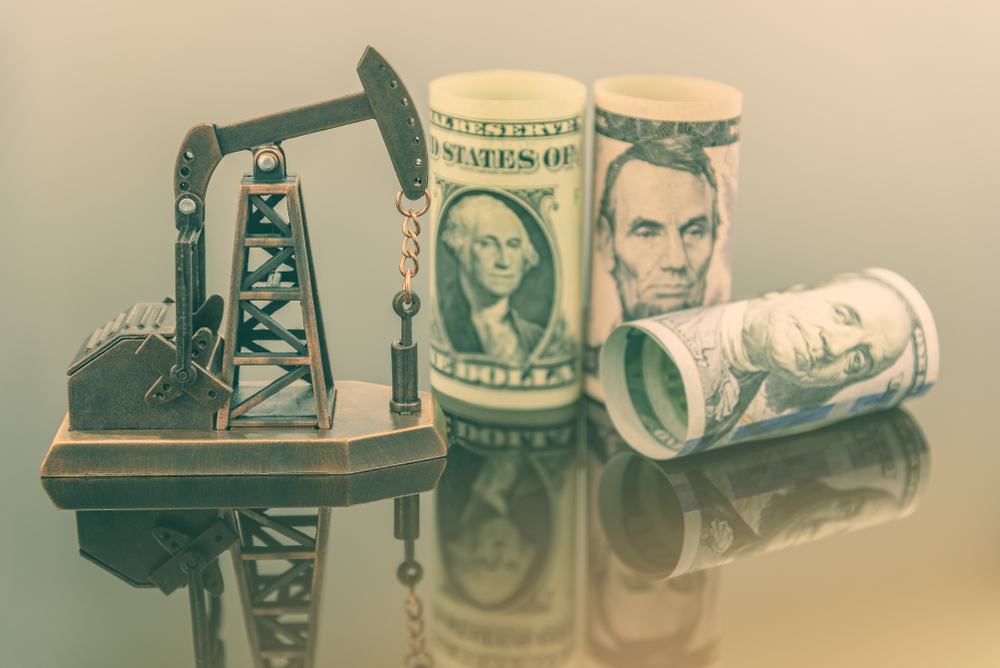 The World's Biggest (And Most Disappointing) IPO

The largest and most profitable company in the world, Saudi Aramco, is going public with the biggest IPO in human history since Ugg secured funding for Ugg & Sons Fire and Wheel Corp.

OLT History Corner: The actual first IPO in human history was that of the Dutch East India Company in 1602. One of its first acts as a public entity was to genocide an entire indigenous population for their supply of delicious eggnog-spice nutmeg.

The state-owned oil company, which has bankrolled the Saudi Royal family for decades, priced its shares at $8.53, giving the company a staggering $1.7 trillion market valuation.

At that price, the royal family’s piggy bank is more valuable than the market caps of the next five biggest oil companies combined.

However, Crown Prince Mohammed bin Salman (the “progressive reformer” prince with a penchant for progressively reforming critics into chopped-up corpses) is reportedly disappointed with the valuation, hoping it would be closer to the $2 trillion mark.

Unfortunately, this is a problem bin Salman can’t solve by ordering it to be assassinated, decapitated, and buried in the woods. Despite clocking in as the most profitable company in the world, Saudi Aramco has received a tepid response from international investors.

The changing role of oil, political risk, a lack of transparency in its corporate structure, and the casual murder of a Washington Post journalist, all contribute to a devalued Saudi Aramco in the eyes of investors.

Investor response overseas was so lackluster that the company scrapped its roadshow events in London and New York. Instead, Aramco opted to stay on home turf and pressure local investors to go all-in like a dad forcing you to invest in your sister’s turquoise bead stand. (Where are my dividends, Sherrie?!)

The Saudi government reframed the investment opportunity as a patriotic duty. And nobody wants to seem unpatriotic in a country where any form of perceived criticism is met with the sharp end of an axe.

The royal family was able to drum up enough spontaneous patriotism that the IPO was oversubscribed three times over. However, this a relatively unimpressive feat when you consider comparable IPOs.

For example, Amazon knock-off Alibaba listed in Hong Kong this month with bids for 40 times the number of shares on offer.

Ellen Wald, author of the book Saudi, Inc., described the IPO as a “hollow win” for the Saudis in an interview with CNBC yesterday.

“The local demand from retail investors wasn’t as high as (Saudi Arabia) hoped for. The investments were almost entirely local and attracted no money from outside the region, over-subscription was not significant. Most IPOs are oversubscribed many more times over and the government had to manufacture demand, even from Saudis.”

Shares of Sage Therapeutics depressed almost 60% yesterday, as the company announced its new depression treatment would be staying in bed and refusing to shower from here on out.

Sage Therapeutics (which sounds more like an essential oils stand at the mall than a biopharmaceutical company) shed $4.4 billion of market value in a single session, leaving it valued at less than half of what it was worth the day before.

The company’s stock went belly up after a highly-anticipated depression treatment failed to perform in Phase 3 trials of the drug. (Happens to the best of us.)

SAGE-217 had seen some success in at least two other studies and even received the Breakthrough Therapy designation from the FDA. But in a 15-day Phase 3 study, the “breakthrough” drug barely outperformed the placebo control.

Sage Therapeutics was developing SAGE-217 to treat postpartum depression and mood disorders. And due to a “novel mechanism of action” (AKA an Arnold Schwarzenegger), the drug was expected to bring in billions of dollars of annual sales.

“Notwithstanding the finding on the primary endpoint, the drug displays good activity on most measures,” Sage Chief Executive Jeffrey Jonas said in some prepared remarks as his company halved in value in the background. “We understand that drug development is an iterative process.”

SAGE-217 ain’t dead in the water yet. The company says patients who have completed long-term follow-up saw improvement and whether the drug lives or dies will depend on data from the coming months.

But the drug’s failure to perform in Phase 3 trials opens up the door for competitors, like Axsome Therapeutics, to get their drug to market first.

Shares of Sage Therapeutics closed at $60.18 yesterday, down nearly 59.63% from the day before.

“We’re not happy, but we’re not discouraged,” said a very discouraged looking Jeffrey Jonas in an interview with the Wall Street Journal.

A Canadian judge has dismissed a $210 million lawsuit against a journalist that said Subway’s “chicken” was only like 50% actual chicken (and I personally don’t want to know what the other 50% is).

The suit goes back to a piece of reporting by the Canadian Broadcasting Corporation in 2017, in which a journalist tested six pieces of chicken from five different fast-food restaurants for chicken DNA (which chickens are typically supposed to have).

Most of the samples tested fell somewhere in the range of 88.5% to 89.4%, which is to be expected when you take into account a certain amount of seasoning, processing, and guy-DNA that just kind of falls in there.

The samples from Subway, however, were decidedly less chicken-licking than the other samples. According to the lab that performed the tests, Subway’s oven-roasted chicken contained 53.6% chicken DNA, while the chicken strips were just 42.8% chicken (which technically makes them chicken-flavored whatever the other 57.2% was).

As you’d expect, the entity known as Subway was mega pissed by the report’s findings and engaged in some good old fashioned corporate pearl-clutching before filing a $210 million lawsuit against the CBC.

“The accusations made by CBC Marketplace about the content of our chicken are absolutely false and misleading,” a spokesperson told a reporter at VICE.

“We have advised them of our strong objections. We do not know how they produced such unreliable and factually incorrect data, but we are insisting on a full retraction […] This report is wrong and it must be corrected.”

Last week, the Ontario Superior Court threw the lawsuit out, ruling the program was legitimate investigative journalism and protected under the anti-SLAPP (Strategic Lawsuits Against Public Participation) statute that “encourages individuals to express themselves on matters of public interest,” without the fear that they’ll be sued into poverty by the Jared Fogle’s old bosses.

“Furthermore, the Marketplace report raised a quintessential consumer protection issue. There are few things in society of more acute interest to the public than what they eat. To the extent that Subway’s products are consumed by a sizable portion of the public, the public interest in their composition is not difficult to discern and is established on the evidence.”

This story is far from over, however. In Canada, losers are entitled to appeal lawsuits, and you can bet your bottom chicken teriyaki foot long that’s exactly what Subway plans to do.

If that doesn’t pan out maybe they could pivot to the booming fake meat business.

It’s the first Friday of the month again and you know what that means:

It’s the November Jobs report (and what a Jobs Report it is, folks).

The U.S. jobs market hit the gym this November and got SWOLE AF, with hiring basting expectations and unemployment falling to its lowest point in half a century (again).

At the same time, the unemployment rate went down like a smooth glass of Redbreast Irish Pot-Stilled Whiskey from 3.6% to 3.5%. (It may or may not be our annual office Christmas party tonight. And I may or may not have already started drinking.)

The end of the GM strike boosted employment like a five-hour energy drink dropped in a White Russian, adding 41,300 jobs to the motor vehicles and parts sector.

Even without the shot of clear unlabeled liquor from the end of the GM strike, jobs growth in November outpaced the average for the rest of the year, which may just be more than enough to see the economy through all this trade uncertainty.

“This is a blowout number and the U.S. economy continues to be all about the jobs,” Tony Bedikian, head of global markets for Citizens Bank said in a note.

“The unemployment rate is at a 50-year low and wages are increasing. Business owners may be getting more cautious due to trade and political uncertainty and growth may be slow, but consumers keep spending and the punch bowl still seems full.”

U.S. stocks rose like curdled milk in a lime juice-Bailey’s mixer, offsetting concerns about U.S. trade from earlier this week.

Now, if you’ll excuse me, I have to go be drunk on a boat somewhere. If I don’t make it back alive, tell the police to check out Karen from H.R. She does not like me and knows that I can’t swim.