In 2005, Thomas Friedman said the world became flat… and was getting flatter.

Today, while we look down from the apogee of the COVID-19 pandemic, we show why Friedman was a little too ahead of his time.

“In a flat world,” he wrote, “you can innovate without having to emigrate.”

Ten events, what he called “flatteners,” he said, leveled the global playing field.

It was Richard Florida, in late 2005, who first poked holes in this argument.

The world, said Florida, due to these reasons, was actually getting “spiky.”

While globalization has certainly changed the economic playing field, it hasn’t completely leveled it.

“Because globalization has increased the returns to innovation, by allowing innovative products and services to quickly reach consumers worldwide, it has strengthened the lure that innovation centers hold for our planet’s best and brightest, reinforcing the spikiness of wealth and economic production.”

Power has been centralized into (supranational and national) cosmopolitan institutions who pay attention only to centers of innovation.

For several reasons, we’re still operating under the same top-down, industrialized model, but with space-age tech…

And these tribes are so different they are inherently antagonistic.

(New York City has far more in common with Hong Kong than it does with Arkadelphia, Arkansas… but two of those places have to live under the same roof.)

Globalization thus confronts us with a difficult problem, says Florida: “Economic progress requires that the peaks grow stronger and taller. But such growth will exacerbate economic and social disparities, fomenting political reactions that could threaten further innovation and economic progress.”

Thinking that the new paradigm shift will be anything like the last one.

Klaus Schwab, founder and Executive Chairman of the World Economic Forum, has popularized the term, “The Fourth Industrial Revolution.”

It implies that our technological progress is linear.

Bill Davidow — author of the Autonomous Revolution: Reclaiming the Future We’ve Sold to Machines — says this view is a mistake.

Borrowing a term from chemistry, he says we’re undergoing a “phase change”…

“Everyone is familiar with the miracle of phase change in the physical world,” he writes. “We marvel at snowflakes that are just water in disguise. When water goes through a critical temperature, it turns to ice — a phase change. It obeys different rules, we use different tools to deal with the different phases, and our intuition about water tells us nothing about ice.”

Due to the invention of money, the barter system was a square block in a world of round holes. The rules, intuitions, and behaviors changed completely.

During the Industrial Revolution, mass production replaced cottage production. (And there’s no going back.)

Your pipes and pumps in your home are useless when water turns to ice.

When civilizations undergo a phase change, the institutions must change form… obey different rules… and old intuitions about the way we solve problems must change with them.

As you know, we’ve created a system that’s dissociated, fragile, and centralized (but flat in certain geographical locations)…

We’ve also laid the (philosophical and technical) groundwork for a system that’s integrated, antifragile, and decentralized.

On the first point, Charles Hugh Smith outlined the effects of a spiky world on his blog Of Two Minds:

“If we asked a panel of business executives to imagine a global system optimized for vulnerability to external shocks, they’d likely include these characteristics:

And, right on cue…

“I am become death, destroyer of worlds.”

To add to this massively complex moment of phase change, says Azeem Azhar, “we have an exogenous shock.”

Enter the spiky virus to expose the frailties of the Old Guard — COVID-19.

“A massive, tiny bundle of protein, the troublesome 120nm-diameter spiky virus. In its shell, is a single strand of RNA, carrying just eight kilobytes of genetic code. It begins:

The Economist lays out the problem:

“Officials will have to act when they do not have all the facts, because much about the virus is unknown. A broad guess is that 25-70% of the population of any infected country may catch the disease. China’s experience suggests that, of the cases that are detected, roughly 80% will be mild, 15% will need treatment in hospital and 5% will require intensive care. Experts say that the virus may be five to ten times as lethal as seasonal flu, which, with a fatality rate of 0.1%, kills 60,000 Americans in a bad year. Across the world, the death toll could be in the millions.”

The solutions of the Old Guard are already proving insufficient…

The results of that are becoming clear as day:

A video on LiveLeak shows an empty shipping yard, with a massive shortage in products from China.

The virus is a non-linear, decentralized enemy.

And it merits a non-linear, decentralized response.

Cities, organizations and neighborhoods must take responsibility, make executive decisions for their localities, and not sit on their hands, waiting for the CDC and FDA (massive failures) to tell them what to do.

Local leaders should step up to the plate and LEAD.

As the New York Times put it:

“In 1918 and 1919, as the Spanish influenza swept across the country in waves, various cities reacted in their own ways.

“In cities like Philadelphia and Pittsburgh, which were paralyzed by political feuds or pressure from local businesses to avoid shutdowns, many more ultimately died.” 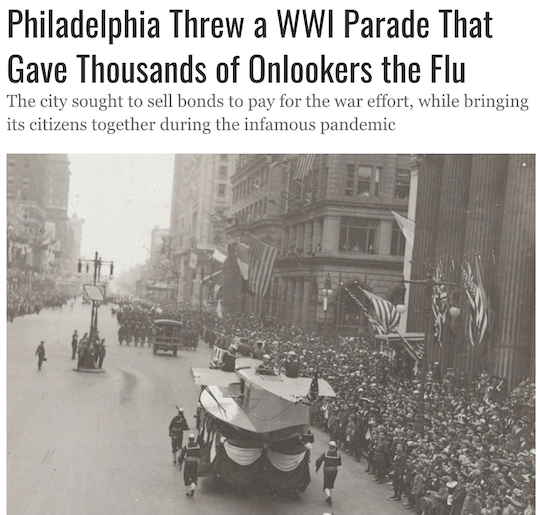 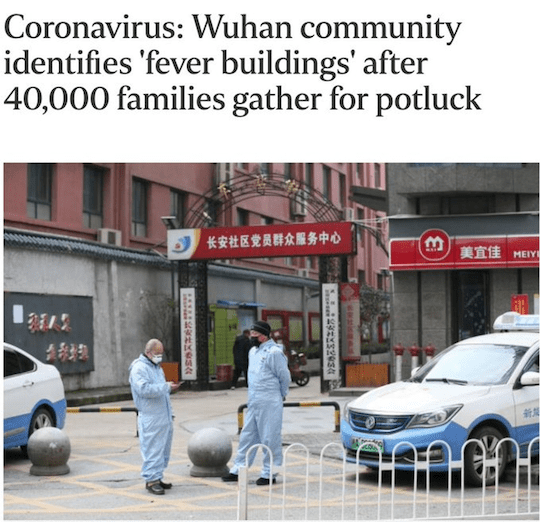 1] This Reddit AMA where a team of medical experts answer directly, without a middle-man, questions about the virus.

2] Researchers at UW Medicine have already developed their own COVID-19 test… and should be testing 1,000-1,500 people per day by the end of the week.

They started making the tests at the end of 2019… JUST IN CASE it reached the United States.

3] Individuals using community response apps like “Guardian Circle”… NextDoor… and others to help stem the spread in neighborhoods. (This is where it starts.)

Centralized entities are useful in creating a coherent message and a cohesive set of behaviors.

– Wash your hands-
– Stay away from sick people
– Take this seriously
– STAY AT HOME IF YOU’RE SICK!

The Old Guard, however, treats humans like automatons (and the ones who play along, indeed, become precisely that).

And the biggest non-solution:

Printing more money to “stimulate” the zombie hordes into consumption.

Getting rid of all inflammation during a sickness will cause bigger problems down the road. (Don’t do it.)

Getting rid of all recessions during a downturn will cause bigger problems down the road. (Prepare for it.)

The world has gotten spiky.

And the pale horse rides in.

But we’re not completely doom-and-gloom.

As futurist Benjamin Butler put it:

“Although shorter term I am fearful of the pain and suffering caused by the coronavirus, longer term it will accelerate the emergence of a new system. I am still convinced that we are not in the middle of just another Industrial Revolution. Decentralised and self-organising (eco?) systems are on their way.

“More products will be made locally in the future harnessing 3D printing and other such technologies and harnessing new breakthroughs in energy technology, eventually very advanced ones like quantum tunnelling or hydrogen as well as solar. We will stop transporting goods pointlessly around the planet primarily to take advantage of tax codes or wage differentials.”

The time now is to take action and keep yourself, your loved ones, and your community safe.

Tomorrow, we’ll show you a few ways to fend off the virus, and be the most “in the know” person in your neighborhood.