The Second Wave Wall of Shame

[Ed. note: Today’s episode is part of the upcoming (crowdsourced, with your help) book, The Second Wave Survival Guide… which, of course, all LFT readers will receive a digital copy for free. We need your help!Click here to see the details on the book… and to contribute to the upcoming chapters. Your submissions, if chosen, will be released in these digital leaves next week.] 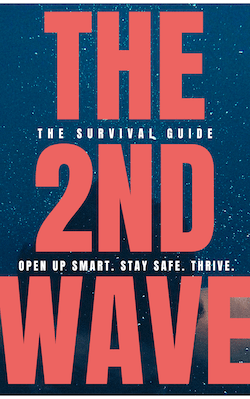 This week, for many around the world, marks the six month anniversary of “Hey, let’s lock down for three weeks to flatten the curve.”

(What are you doing to celebrate?)

We’ve witnessed so much in these past six months. Things that, in 2019, we wouldn’t have believed even possible. Things that are still bewildering. Things we’re still processing and might never fully truly understand. And, guess what? According to our world’s highest perches, the worst is yet to come!

What can we expect in a second wave?

During the first wave, you’ll recall, many Americans weren’t allowed to see their dying loved ones in hospitals. They weren’t allowed to attend church, in some cases they couldn’t even sit inside their cars at a drive-in church service. (But those “mostly peaceful” protests? Fine!) Many couldn’t attend and grieve at funerals. Many partners missed the births of their children. Families were separated out of fear of spreading the virus. Many people’s livelihoods were decimated. All the while, in a few other places (such as South Dakota and Sweden), local businesses remained open and adults were treated like adults… given the choice to live their lives according to their own risk appetite. (What a concept!)

And here comes the cosmic slap in the face:

So many, in fact, we’ve begun building up a Wall of Shame. (Of which will certainly be included in the book, The Second Wave Survival Guide.)

Tomorrow, we’ll do a quick recap of what we’ve learned so far, with some new (and shocking) information about how COVID-19 deaths are being counted in the UK (and likely elsewhere), plus we’ll go into a little bit more about what to expect in the book… and even how you can help.

(The gist? When the second wave comes, let’s not allow fickle memories to get the best of us.)

And now, without further ado, the main event.

(Let us know if we missed anyone: lftmailbag@lfb.org)

The Wall of Shame

When we didn’t know much about the virus, it wasn’t difficult for our public officials to make the case that a shutdown was prudent.

As time wore on, however, we began to notice some glaring contradictions.

Prudence for thee, but none for me!

And, to be sure, this wasn’t isolated to any specific country, either.

Public officials in the UK like Dominic Cummings and Robert Jenrick (the latter of whom claimed he traveled thousands of miles to deliver aspirin… aspirin!… to his parents) were caught violating the government’s orders.

But that’s but a tiny scratch of the surface.

David Clark, the health minister of New Zealand, was caught mountain biking and taking his family to the beach. Of course, in a free nation, this is not a crime. But under Clark’s own guidance at the time, according to him, it should’ve been treated as one.

New Zealand’s approach, as you may know, was beyond the pale. New Zealanders suffered through mandatory internment in government facilities, delayed elections (convenient, eh?), and incredibly harsh stay-at-home orders. When it was revealed that Clark wasn’t eating his own cooking, the Kiwis rightly erupted in outrage and Clark resigned as health minister.

With him residing in such a small country, one might feel inclined to sympathize with Mr. Clark. Resist the temptation. He won’t be able to hide from public scrutiny on the streets… and he deserves every heckle.

Prime Minister Justin Trudeau, in early April, told Canadians that, though it wouldn’t be easy, Canadians must forgo seeing their families during the Easter holiday. Don’t travel, he said. If you do, you could face punishment. At the time, nonessential travel was forbidden, and trips between the provinces were under severe restriction.

And yet, Trudeau found it appropriate to travel from his home in Ottawa, Ontario, to his family’s vacation home in Harrington Lake, Quebec. Trudeau’s response when he got caught? He refused to apologize, insisting that his trip was for the benefit of his children. Moreover, he said, he was an “essential worker,” (which was, we’re sure, news to many Canadians), therefore the rules didn’t apply to him. Leadership!

But it gets worse.

Patrick Brown, the mayor of Brampton, a suburban city in Toronto with a population of 600,000, passed some of the strictest restrictions in all of Canada. Of these restrictions, he mandated masks on public transit and in all indoor public spaces, including arenas and stadiums.

And yet, what happened next shocked even our cynical brows.

On August 8, 2020, journalists received an anonymous tip that the mayor would be playing an illegal hockey game at a closed public hockey arena in Brampton. A few of them went and, sure enough, Brown arrived at the indoor arena without wearing a mask… and holding a hockey bag with his name on it!

This last bit is important to keep in mind for what happened next.

While his buddies were busy playing hockey, presumably waiting for him to join in, Brown told the journalists he was merely there to “inspect” the arena. He then, knowing he was cornered, hurried out to his car (which was double-parked) and sped off into the sunset. Later that day, despite the entire ordeal being caught on video, Brown sent out a tweet claiming he’d been the victim of a “fake news hoax”.

Miraculously, Brampton bylaws were changed overnight to allow hockey games. The journalist who broke the story has been banned from recreational centers for a year. And, despite calls for an ethics investigation, Brown is still roaming around claiming victimhood and urging everyone to forget about it. 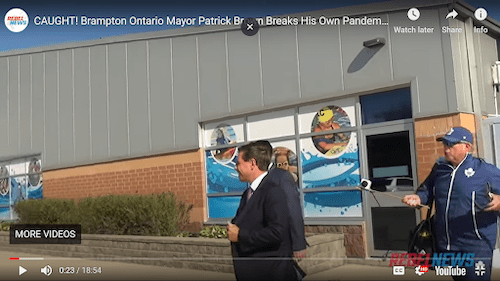 In the U.S., Nancy Pelosi (who claimed to have been “set up” by the intricate salon sting operation now known as “Operation Blowout”), and Philadelphia MayorJim Kenney (who locked down all restaurants, but was seen dining inside one in Maryland) were both caught red-handed, too. 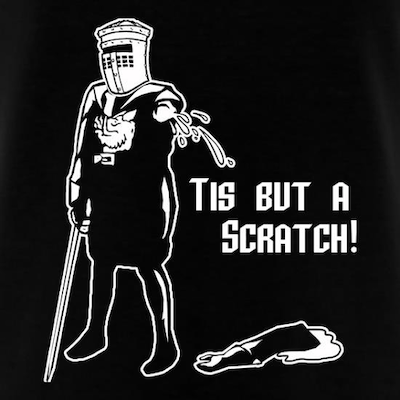 This next story applies to more political elites than we care to count… all breaking their own guidelines together.

In July, Atlanta’s lockdown guidelines regarding funerals and weddings were fairly strict. District health director Dr. William Grow, alongside the Georgia Department of Public Health, said it’s essential for everyone — including funeral homes — to practice social distancing. Many counties, per CDC guidelines, called for funerals to be limited to 10 or less, advising that most people should watch the funeral service from home over Zoom.

And yet, very few of them… because most of them were in attendance… said anything about Congressman John Lewis’ funeral on July 30. In attendance were several public officials, and a gaggle of other formerly elected officials. Nearly all of them, of course, had used their platform as public officials to encourage social distancing and even to help pass regulations related to it. 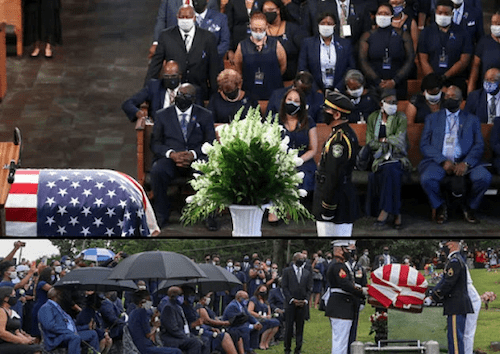 Most wore masks, yes, but the social distancing rules were completely ignored in the church and during the burial.

The message? The political elites get a free pass when a loved one dies… and are even celebrated for it.

But you? Grieve from your couch, plebe!

Michigan Governor Gretchen Whitmer oversaw one of the strictest lockdowns in the United States due to the large number of “confirmed” COVID cases (or, in other words, high numbers of sensitive tests) in Michigan. These lockdowns were highly controversial mostly due to the fact that she even went as far as banning seemingly helpful things like fishing and gardening.

And yet, her and her husband, Marc Mallory, according to a phone call to a local marina, tried to put their boat in the water and take it out for Memorial Day weekend. No problem there, normally, of course, except this happened to be a flagrant violation of her own warnings to the public. That week, she advised everyone to avoid going to the waterfront and other vacation areas during the holiday weekend.

Best part? They got caught because her husband, in an effort to get special treatment, told the dock owner that he was the husband of the governor, asking if that might help resolve the situation. (Heh!)

Mrs. Gretch’s initial response to this was that it was “misinformation.” And when it became clear she was the one misinforming, Whitmer said this at a press conference: “Knowing it wouldn’t make a difference, [Mallory] jokingly asked if being married to me might move him up. He regrets it. I wish it wouldn’t have happened. And that’s really all we have to say about it.”

(Notice there was no apology for violating her own guidelines. Now, tell me… how shocked are you right now on a scale of 1 to 10?)

Of course, we would be remiss not to mention Neil Ferguson, the man who released the prediction models that shut down the world. He was found breaking the lockdowns by sneaking around with his married girlfriend.

Despite everything that’s happened, Ferguson still says he not only stands by these numbers, but also that he “underestimated” the deaths, despite predicting 2.2 million deaths in the United States alone.

Will the second wave vindicate the infamous Neil Ferguson and his models? What’s the worst-case scenario of the second wave? What can you do to prepare?

All that and much more to come.

Know of any public officials which deserve to be added to the Wall of Shame?