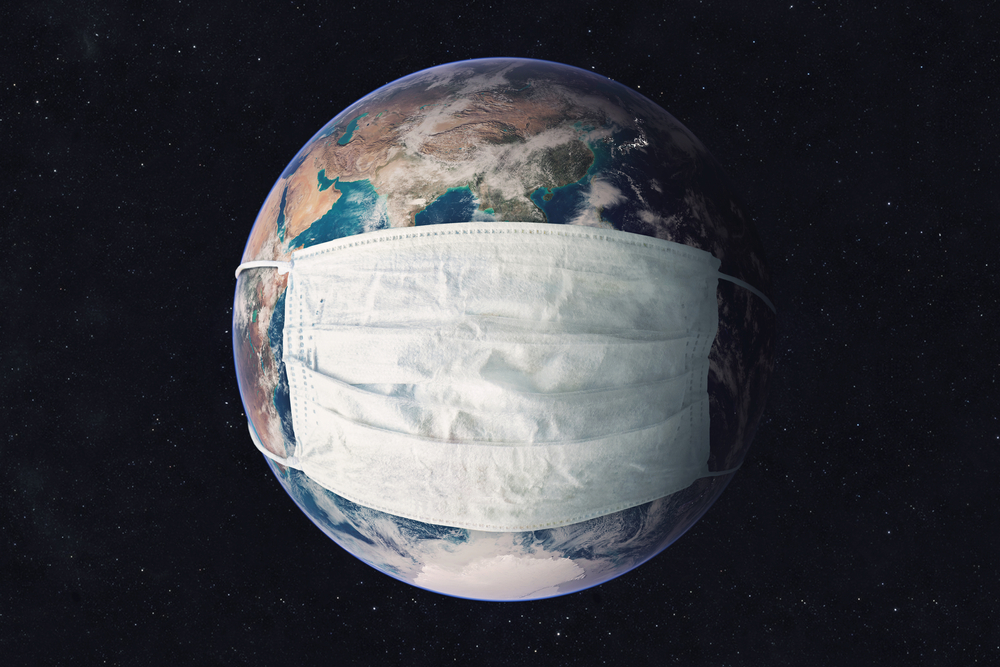 The Planet Where It Happened

The Planet Where It Happened

The US economy contracted at a record rate last quarter, due in large part to that thing that happened to 2020 that I’m sick of talking about.

US gross domestic product fell at an annual rate of 32.9% in Q2, the steepest drop on record. (We only started keeping record of GDP in 1947, when the economy was invented by a Greek immigrant working in a New Jersey belt-buckle factory.)

The drop off in productivity is more than three times larger than the previous record, when GDP fell by a 10% annual rate in Q1 of 1958.

I probably don’t even need to say it, but the sharp decline occurred when the planet abruptly stopped spinning in mid-March and launched everyone into space.

Lockdowns and restrictions imposed to slow the spread of the thing I’m not talking about any more effectively ground the economy to a halt and gave us one hell of a graph to look at and feel bad. 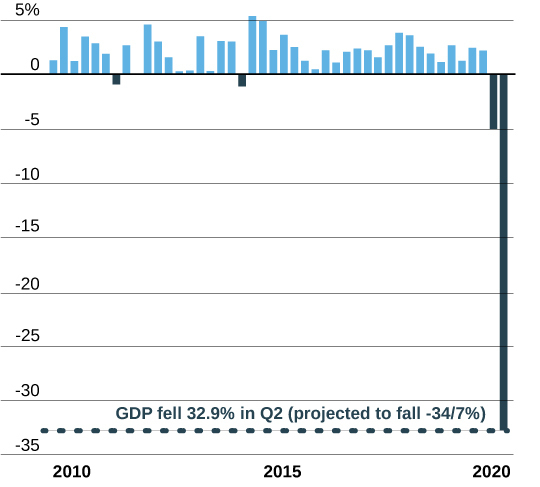 Economists expect the economy to resume growth in Q3 of 2020, though the reopening effort has been about as smooth as a Jeff Bezos pickup line.

A mid-June surge in cases of that thing that shall not be named has forced states to pause and even rollback reopening efforts, slowing the economic recovery to a snail’s pace.

The general consensus among economists is that Q3 won’t be as bad as Q2, but it won’t be anywhere near as fun and cool as we thought it was going to be.

The DOW crashed more than 400 points as investors processed the dismal outlook, but the index managed to pare off some of its losses before market close.

The company reported a 97% annual rise in revenue, taking analysts expectations out behind the gym and beating the living snot out of them.

“The strength of Shopify’s value proposition was on full display in our second quarter,” said Chief Financial Officer Amy Shapero, while cracking open the Big Book of Dynamic Business Jargon.

“We are committed to transferring the benefits of scale to our merchants, helping them sell more and sell more efficiently, which is especially critical in this rapidly changing environment.”

According to Shopify, the pandemic accelerated the trend in consumer buying habits from brick-and-mortar purchases to buying all your crap online.

Gross merchandise volume for the quarter exploded 119% year over year, as an America trapped inside stared at the empty corner in its house and felt a desperate need to fill it with something.

Shares of Shopify have rallied more than 100% over the last six months, prompting Goldman Sachs to sheepishly upgrade the stock to a “buy” earlier this week.

(This sounds pretty salacious but honestly British sex is barely even sex. Source.)

Prior to its COVID-19 policy response, the Fed’s largest balance sheet expansion was $3 trillion over the course of eight years.

The Fed has spent more than this in just three months.

Prior to its COVID-19 policy response, the Fed’s largest QE operation was $80 billion per month.

It has now reduced this to $125 billion per month. And it intends to keep it there until there is a full recovery (which the Fed currently believes will be sometime in late 2021).

So… the Fed just told the market that it intends to provide, at a minimum, $2.1 trillion in additional liquidity to the financial system over the next 18 months.

In simple terms, the Fed will continue to backstop the financial system in ways that far exceed its policy response to the Great Financial Crisis of 2008. And the Fed will do this until the US has experienced a full recovery (Fed speak for “forever”).

This is why the markets refuse to fall, no matter how horrible the economic data gets.

This was an EXTREMELY dovish Fed FOMC announcement. It calls to mind European Central Bank (ECB) Mario Draghi’s famous claim that the ECB would do “whatever it takes” back in 2012.

Indeed, the only thing hawkish you can point to from the entire Fed announcement is Fed Chair Powell’s claim that the Fed hasn’t discussed “equity buying” (buying stocks outright).

However, even this is a bluff.

By law, the Fed isn’t permitted to buy municipal bonds, corporate bonds, or any of the other items it is buying via its QE programs. So, it signed a contract with financial firm BlackRock to perform the Fed’s current QE programs. And this explicitly states that the Fed is giving BlackRock authority to buy stocks.

Subject to this Agreement, including the Investment Guidelines (as defined in Section 5.1), the Manager is hereby appointed as the FRBNY’s agent in fact, and it shall have full power and authority to act on behalf of the Account with respect to the purchase, sale, exchange, conversion, or other transactions in any and all stocks, bonds, other securities, or cash held for investment subject to the Agreement.

Let me ask you…

Why would the Fed authorize BlackRock to buy stocks if it wasn’t planning on eventually doing this?

The Fed could have easily said it was authorizing BlackRock to ONLY buy ETFs, bonds, and the other investments that it is currently purchasing via the nine credit facilities it set up with the US Treasury in late March.

So why include stocks… an asset class the Fed has yet to approve for ANY purchases WHAT-SO-EVER?!

Because the Fed will be buying stocks at some point, most likely whenever the markets begin to break down again.

Bottom line: The Fed is backstopping EVERYTHING and will do so at a pace of $125 billion per month from now on. And if things worsen, the Fed will increase its purchases and eventually start buying stocks outright.

With that in mind, the No. 1 trading strategy going forward is to get ahead of the Fed.

And we’ve developed a proprietary options system that does precisely this.