The Parable of the Offensive Remedy

Once upon a time, great plagues ravaged great lands, and the people of the world were brought low by all manner of sickness.

“Some,” the story goes, “with the pox, some with fevers, and some with palsy.” 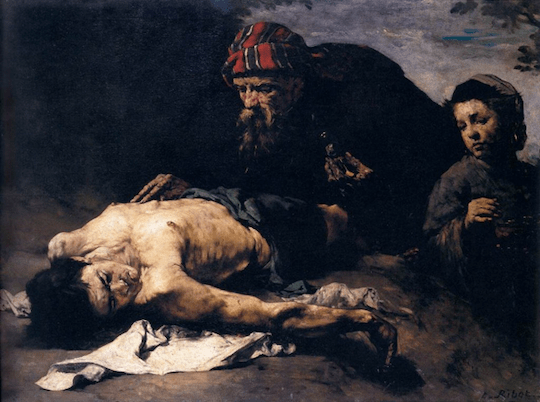 The master physicians of the world hopped into action, preparing remedies of bitter herbs and strong tonics.

So great was the number of sick, the physicians hired healthy running boys to carry the prescribed elixirs to the sick.

One day, a boy delivered one of the first proven elixirs to a man on the brink of death.

The physicians were shocked to hear that the man refused the elixir, telling the boy, “The smell of this is offensive and the taste is too bitter. I will abstain.”

And so he did.

By and by, the man died, cursing the boys, the physicians, the world, and even his own household.

Another boy brought the elixir to another man, also on the brink of death.

“Agh!” the man gagged upon pulling back the cork.

“I cannot drink this! The smell and taste offends the senses. I will dilute it with liquors and honey until it is sweet and pleasant and then I will drink it.”

And so he did.

And yet, having diluted the strength of the elixir…

By and by, the man died, cursing the boys, the physicians, the world, and even his own household.

A third boy ran the elixir to yet another man on the brink of death.

The man said, “The smell is awful, and the taste makes me retch, but, YOLO, I will drink it down anyhow. Full send!”

(This man, as it happens, was incredibly in tune with modern slang.)

So the man, though suffering greatly for it, drank it.

Having drank the elixir straight…

By and by, the man was healed, and so was his household.

Unfortunately, this parable doesn’t have a happy ending.

The healed man was given a basket of elixirs to help heal his neighbors.

As his neighbors fell ill, however, he was too afraid to bring them the elixirs.

Why? Because the wretched smell and bitter taste might offend them. And they might cast him out and cut him off from the community.

So they died. And he lived.

(Hat tip to J. Max Wilson of the Sixteen Small Stones blog for supplying the parable in its original form.)

Obviously, there are a couple of ways to take this old parable in 2020.

But if we are to take it metaphorically, which is, of course, the proper way to read a parable…

We might see how our “offense-a-phobic” culture often hurts itself by not squaring up with reality… and not always integrating “the hard things about hard things.”

Furthermore, our efforts to “sugar coat” the truth only dilute the medicine.

The past few months have been rough.

But when a crisis strikes, we all have an important choice to make.

1] We can choose to be victims of our circumstances, throw up our hands, curse our households, and become offended by the “bitter remedy.”

This is, and all throughout history, always has been, a very popular choice.

2] Or we can swallow the bitter remedy — which is the simple fact that we still have power over how we deal with this situation — and focus on two things:

What we can control…

How we respond to events outside of our control.

The Benevolence of High Expectations

And flipping them around into opportunities for themselves and others.

As Ryan Holiday pointed out recently:

“Isaac Newton did some of his best research when Cambridge closed due to the plague. Shakespeare wrote King Lear while he hid out from the plague as well. Ian Fleming, the creator of James Bond, wrote Chitty Chitty Bang Bang while he was laid up in the hospital, expressly forbidden from working on something as tough as a novel. Malcolm X educated himself in prison and turned himself into the activist the world needed. Seneca produced some of his best writing in exile. Marcus Aurelius wrote Meditationswhile Rome was being scourged by the twin evils of plague and war.”

Unlike most pundits in the mainstream media, we here at Laissez Faire (and, by extension, our most astute readers) suffer not from the tyranny of low expectations.

Every individual has the capacity to turn the tables on bad lots.

Moreover, we want you to know…

Our crack team of researchers and experts have your back…

Even in hard times, and even if the remedy is offensive and hard to swallow.

In our commitment, we want to know what’s on your mind.

Send us an email with your thoughts.

Specifically, we want to know…

1] What are you most worried about in 2020? What REALLY keeps you up at night?

2] What do you need from us? What can we give you that you can’t find anywhere else?

(Retirement? More on self-sufficiency? Off Wall Street investments? Ways to stay healthy? Something else? Let us know.)

3] And, finally, if you wish, what “offensive remedy” would you suggest to us and your fellow LFT readers?

Email it all to LFTmailbag@lfb.org

We look forward to hearing from you.

And we’ll be sure to respond to some of the letters from the mailbag in coming episodes.

[Ed. note: Earlier today, I sent you an email called, The Offensive Truth About the 2020 Election. (If you missed it, it should be floating around your mailbox.) The point of that email was to reiterate our #1 goal here at Laissez Faire Today… “Our beat,” as I said in the email, “isn’t to score brownie points from Cronies R’ Us and its supporters… It’s getting you prepared for what’s coming down the pike.” And that’s exactly what we plan to do. Stay tuned for more.]