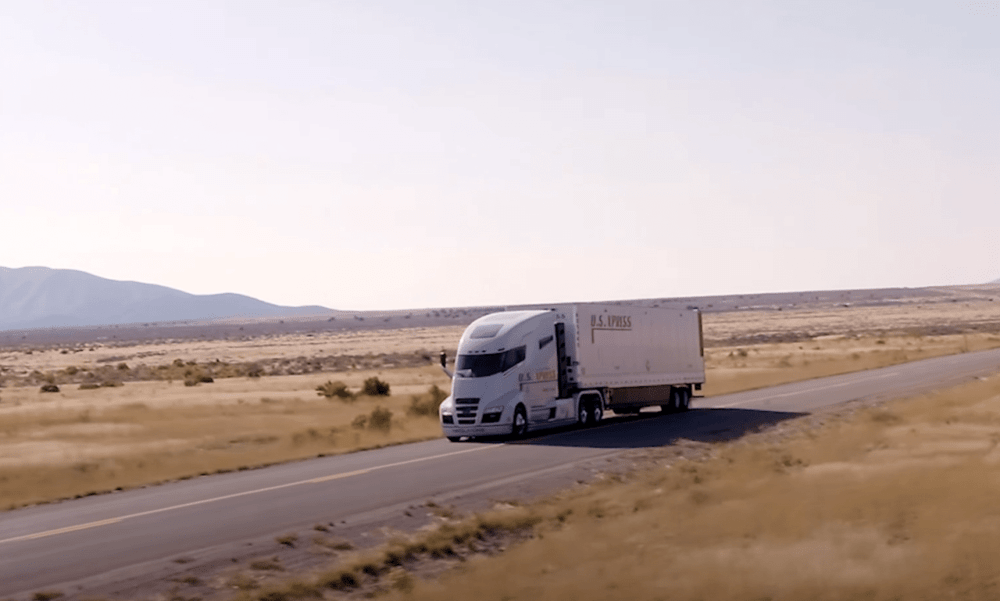 Oracle Emerges Victorious in the Battle for TikTok

Oracle has won the bidding war for social media app TikTok, which hopefully means I can stop writing about it now.

Oracle outbid several competitors to secure the deal, including the hilarious comedy duo of Microsoft-Walmart. (Where did those guys meet?)

This signals the near end of a tense geopolitical standoff, which began in August when President Trump said he would ban the #1 place to post your bad opinions if it wasn’t sold to a US company.

In a surprise turn of events, Oracle has indicated that the deal isn’t an outright sale. Instead, it plans to announce itself as a “trusted tech partner” in the US, according to folks neighborly with the occurrence. (I can’t write “people familiar with the matter” anymore. It’s driving me crazy.)

This smells like something that would complicate the whole “sell your company or get out of dodge” thing. But everyone involved seems confident the deal will satisfy the concerns of the US government, according to human beings intimate with the happening.

Not least because Oracle CEO Larry Ellison is one of the few silicon valley types the president seems to actually like and even threw a fundraiser at his house for President Trump earlier this year.

“Well I think Oracle is a great company and I think its owner is a tremendous guy, a tremendous person,” said the president back in August. “I think that Oracle would be certainly somebody that could handle [TikTok].”

Secretary of the Treasury Steve Mnuchin said that his office has received the bid and didn’t seem to be immediately bothered by the “trusted partner” schtick.

“We will be reviewing that at the CFIUS committee this week and then will be making a recommendation to the president and reviewing it with him,” the Mnuch told CNBC.

“From our standpoint, we’ll need to make sure that the code is, one, secure, Americans’ data is secure, that the phones are secure and we’ll be looking to have discussions with Oracle over the next few days with our technical teams.”

The Treasury secretary said he couldn’t go into the details of the plan (or, as he calls them, the Mnucha), but he confirmed that the Oracle deal includes a plan to headquarter TikTok in the US, potentially adding 20,000 new jobs.

Shares of Oracle Corp. (ORCL) rose 5% when the markets opened this morning.

Electric-vehicle maker Nikola defended itself against allegations of fraud this morning. (And kinda admitted to one major instance of fraudulent behavior in the process.)

In a statement Monday, Nikola said the accusations by short-seller firm Hindenburg Research were “false and defamatory” and “designed to provide a false impression to investors and to negatively manipulate the market in order to financially benefit short-sellers, including Hindenburg itself.”

The Tesla knockoff contested dozens of claims in the short seller’s expose, titled How to Parlay an Ocean of Lies into a Partnership with the Largest Auto OEM in America. 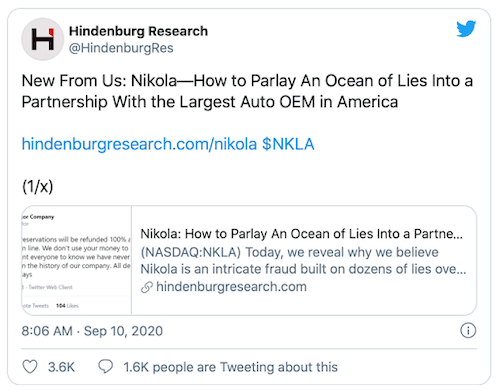 I look forward to the three-hour-long Adam McKay adaptation of this report.

However, the company admits that they maybe, might have, kinda, sort of pushed one of their trucks to the top of a hill and filmed it rolling down, creating the appearance of a functioning product.

“Our investigation of the site and text messages from a former employee reveal that the video was an elaborate ruse,” according to the report. “Nikola had the truck towed to the top of a hill on a remote stretch of road and simply filmed it rolling down the hill.”

Nikola doesn’t dispute that it pulled the old hilly-road trick in its marketing, though it offered the hilariously sincere defense that it never claimed that the truck was moving on its own, merely that it was “in motion.”

The company said it has since discontinued production on the amazing hill-powered truck and shifted resources to the Nikola Two, a real hydrogen-fuel-cell powered truck (fingers crossed).

Nikola’s stock (NKLA) bounced more than 8% to about $30.70 after the company released its statement this morning. However, it’s still a far cry from last Tuesday’s high of $52.

The CEO of one of the world’s largest vaccine manufacturers has warned that there won’t be enough COVID vaccine to inoculate everybody on the planet until 2024 and I’M BUYING A RANCH AND STARTING A CULT IN MEXICO, WHO WANTS IN?

Speaking with the Financial Times, Adar Poonawalla, CEO of the Serum Institute of India said Big Pharma was not increasing production capacity enough too meet demand. (Estimates place “demand” somewhere in the region of “everybody on the planet.)

“It’s going to take four to five years until everyone gets the vaccine on this planet,” said Adar, adding that the COVID-19 shot would likely be a two-dose vaccine, like the measles or the glowing blue liquid you have to drink if you want to be in my cult. (It’s packed with nutritious Shanium!)

As the largest vaccine producer in the world, the Serum Institute has partnered with five international pharmaceutical firms, including AstraZeneca and Novavax, to produce 1 billion doses of the vaccine. The company is also in talks to make Russia’s totally legit “Sputnik V” that “definitely works and won’t make your butt fall off™.”

Adar says the Serum Institute has ramped up production but it won’t be able to keep up with demand if other vaccine producers don’t pick up the slack.

“I know the world wants to be optimistic on it . . . [but] I have not heard of anyone coming even close to that [level] right now,” Adar told the FT.

Anyway, the cult mixer is at 8 PM Friday on an abandoned army compound just outside Oaxaca. It’s BYOB and the gate code is 1776-420. 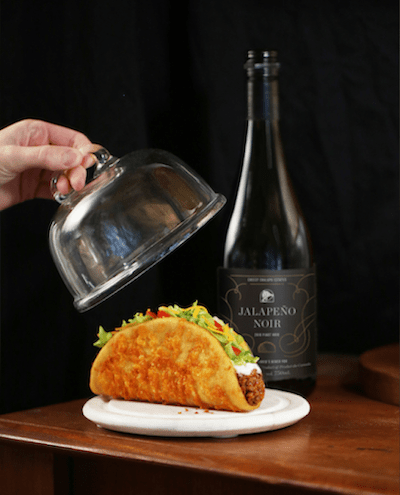 Is Failure Good?
By Choose Yourself Financial Editor James Altucher

Failure is not good.

There is absolutely nothing good about failure. And there’s nothing you can pretend to learn from failure.

You can’t learn anything from failure because don’t forget that every single moment in your past has added up to that one moment in your present — where you are lying on the floor moaning your painful and abysmal failure.

Here are better things to learn from. Failure has many cousins. Learn from one of the cousins:

When something happens and you don’t understand why, then ask, “Why?”

Guess what will happen? You will get answers.

Sometimes people say Thomas Edison failed 999 times before he finally came up with the lightbulb on the 1000th try.

This is a total lie. It is normal in a lab to experiment with many, many materials before coming up with the right one.

The best way to get better, to get more known, to learn the subtleties of your art or your field or your sport, is to simply do it again.

I used to live in regret. One time I sold a business for $15 million. Within two years I had lost almost all of the money.

And it wasn’t money on paper. It was money in “real life.” If I told you how I lost it you would hate me forever. That’s OK. But it’s not important for this answer.

When you label a past event “failure,” it prevents you from moving beyond the past. You get stuck there. You keep time traveling to the moment of failure under the excuse that there is something to learn there.

The thing you learn first is forgiveness. Then you move back to the present. Get healthy. Be around people you love. Start being creative again.

When you get a question wrong on a test, a good student doesn’t call it a failure.

Understand and study and remember the correct answer. Don’t keep living in the past where you remember the wrong answer.

Athletes always go over their losses. They study videos. Go over games. Get advice from coaches. The coach doesn’t say, “here’s where you failed!”

He says, “here’s where you should turn right instead of turn left.”

Botvinnik, the World Chess Champion in the 1950s, noticed he often lost chess games to people who smoked.

So he would play practice games against people who would smoke in his face.

He didn’t say “I fail against smokers”. He became the World Chess Champion because of smokers.

“Failure” is not a detail you can learn from. Again, it’s a label that describes nothing except a feeling inside of you.

Details are what you can study and learn from.

The key to success is to solve hard problems. Searching the Internet is hard. Google does it better than anyone.

Making an electric car is hard. Tesla does it better than anyone.

Figuring out a market for post-it notes was hard. The inventor tried for over 20 years. Now it’s 3M’s most successful consumer product.

Writing a book is hard. Maybe your last book was bad. That’s OK. That happens to everyone’s first book. Now read a lot of good books so you can solve the hard problem of what makes a good book. Then write.

Failure is not a hard problem. It’s a label. Failure is in the past. Hard problems can be solved right now.

When I thought I had failed, what I really was worried about was: would other people think I was a failure?

Yes. Yes they did.

Then what happened? Only good things.

My dad failed. He had a company that went bankrupt. He went broke.

Then he got depressed. He couldn’t stop thinking about the failure.

Then he got sick. He was always sick. Because his body broke down from obsessing on the failure.

Then he got a stroke. Depression + stress + sick = stroke. Then he never recovered and for two years he never moved and could only blink.

I’ve started a lot of businesses. Some worked. Some didn’t. Over a period of many many years. MANY.

I hope I’ve solved a lot of hard problems. Maybe not the best I could’ve but I tried. And then tried again.

I’ve slipped on the ice rink and got up. I’ve cried and wished I was dead but then I started asking questions.

I am still alive.