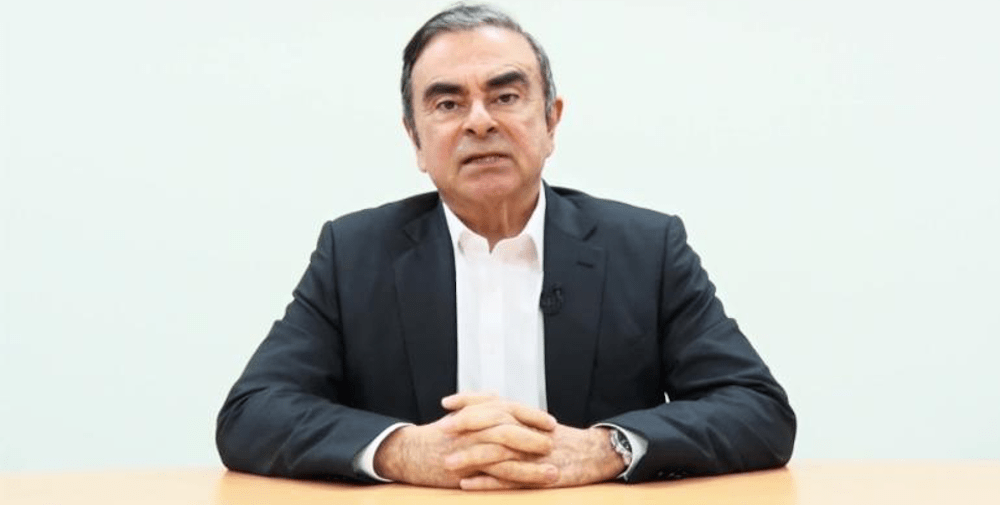 Fugitive Auto Exec Posted Himself to Lebanon in a Box

Former Nissan exec Carlos Ghosn staged a daring escape from Japan last week, exploiting a loophole in Japanese security to ship his own ass to the Middle East.

Ghosn, who suffers from the worst case of Dracula eyebrows I’ve ever seen, assembled a crack team of intelligence experts to steal the only thing Ghosn cares about: himself. 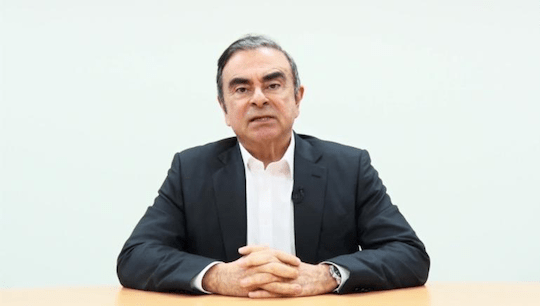 Like all innocent people, Ghosn made a YouTube video claiming to be the victim of a broad and nonspecific conspiracy when he found out he was going to be arrested.

The extraction team — which reportedly cost millions of dollars to put together — took more than 20 trips to Japan and visited 10 airports before identifying Kansai International Airport as the suckiest airport in Japan, according to the WSJ’s sources.

Ghosn was packed inside a large black box typically used for transporting concert equipment (while his eyebrows traveled in a separate, much larger box).

Nobody at airport security thought it was unusual that a set of woofer speakers needed air holes and a packed lunch and Carlos was successfully smuggled onto a private jet waiting on the runway.

The former Nissan chairman was taken to Turkey, where he hopped a plane to Lebanon, a country Carlos happens to be a citizen of that doesn’t have any formal extradition agreements.

The daring (and kinda dumb) escape occurred while Carlos was awaiting trial in Japan on charges of financial misconduct (see: paying himself way more than was legally allowed in Japan and conspiring to hide that information from investors).

Ghosn denied the charges (despite overwhelming evidence of his misconduct) and called the Japanese justice system rigged (which, to be fair, it definitely is) in a statement released to the press last week:

“I am now in Lebanon and will no longer be held hostage by a rigged Japanese justice system, where guilt is presumed, discrimination is rampant, and basic human rights are denied, in flagrant disregard of Japan’s legal obligations under international law and treaties it is bound to uphold,” said Ghosn.

“I have escaped injustice and political persecution.”

Interpol issued a “red notice” warrant for Carlos’s arrest last week but Lebanese authorities said they have no intention of complying with the international police organization.

For now, Ghosn is safe from prosecution and may even travel to France, where he is also a citizen. (Dude’s got citizenship out the wazoo.)

But he should probably wait until the ongoing investigations into the crimes he (allegedly) committed in France are all wrapped up (dude got around).

Gold Soars to Seven-Year High on the Drums of War

Gold is like that one aunt you’ve never seen without a glass of wine in her hand and only seems to enjoy the misery of others. (We get it, Claudette! You could have danced with the Bolshoi. You’re the one who decided to move to New Jersey with Uncle Larry.)

As tensions simmer between Iran and the U.S. — and by “simmer” I mean we turned their most powerful military leader into a smoothie and now they want to kill our president — investors are flocking to traditional safe haven assets like gold.

The price of what bored journalists like to refer to as “the yellow metal” rose 1.8% this morning to about $1,588: the most expensive gold has been since Miley Cyrus ruled the world (2013. She was a harsh but fair dictator).

At time of writing, we’re on track for a ninth consecutive day of gains in the price of gold, which would be the precious metal’s longest run since I experimented with a goatee (January 2018 and you know Claudette had something to say about it).

Notably, prices surged in the aftermath of the 9/11 attacks and at the beginning of both gulf wars. And the prospect of a conflict in the Middle East is undoubtedly the source of its current winning streak. (Yaaaay.)

“The move that we’ve seen in the past few days is clearly related to the escalation in the Middle East,” said Norbert Rücker, head of economics at Swiss private bank Julius Baer, told the Wall Street Journal.

“The attack sent some tremors that were felt beyond the oil market itself and resulted in a flight to safety, which is exactly what we’ve seen in the gold market.”

Apple Wants Some of That HBO Forbidden Fruit

Apple has hired a former HBO boss to inject its new streaming service with some of that HBO magic (boobs and dragons).

Former HBO CEO and Chairman Richard Plepler signed a five-year deal with Apple, which reportedly includes original series, feature films, documentaries, and more boobs than you can shake a dragon at.

The Plepmeister had been plepping away at HBO for almost 30 years, with six years plepped as CEO. However, Richard decided to plep out in February of last year, when he discovered he would have less control under the new boss, AT&T.

“I’m excited to work with Zack, Jamie and the standout team at Apple who have been deeply supportive of my vision for Eden from day one,” Mr. Plepler plepped in a statement Thursday.

“Apple is one of the most creative companies in the world, and the perfect home for my new production company and next chapter.”

Apple launched its streaming service in November with just nine original titles (0 boobs and 0 dragons) and has been scrambling to keep up with content behemoth, Netflix, and Disney’s Baby Yoda Machine, Disney+.

Signing Plepler signals to investors that Apple are prioritizing original content on the platform going forward.

But even as Apple patted itself on the back for a promising first step, Netflix pulled back the curtain on a 2020 release schedule packed with feature films with industry legends like David Fincher, Spike Lee, Tyler Perry, Charlize Theron, and some guy called Barack Obama.

The Iranian Threat They’re Not Talking About

I don’t know if you’ve heard, but we ain’t exactly on the best terms with our old pals in Iran right now.

I don’t think we need to restate the root cause of the current conflict over and over again… but there might have been some light assassination involved.

Who assassinated who is beside the point. But, needless to say, “Death to America” is trending in Iran right now.

Now, as I mentioned Friday, the chance of an attack on the U.S. mainland or an all-out war is highly unlikely.

What is far more realistic is a campaign of guerilla assaults conducted by Iranian-backed militias on U.S. targets in the Middle East. But there’s another tactic, oft employed by Iran, that nobody’s really talking about right now.

Over the last decade, Iran has engaged in countless cyberattacks, targeting critical infrastructure, aimed at disrupting daily life in the U.S.

In 2012 and 2013, Iranian hackers launched weekly attacks on U.S. banks, paralyzing 46 of the nation’s largest financial institutions and blocking hundreds of thousands of customers from accessing their bank accounts online.

That same year, Iranian hackers penetrated the systems of a tiny dam in Rye Brook, New York, in what officials believe was a dry run for a larger attack on U.S. infrastructure.

Given our country’s military mighty and booming tech industry, it seems like we should be insulated against attacks from smaller, less advantaged countries like Iran or North Korea, for example.

But the reality is, as a nation, across both private companies and public infrastructure, we are woefully unprepared to deal with a cyberattack on this scale. And it’s not hard to see how a bad actor like Iran could use this to sew disruption and chaos across the United States.

The best part is, unlike storming an embassy, retaliation for cyberattacks has historically been kinda a total joke.

Although officials have identified Iranian hackers as the source of several large-scale hacking campaigns, the only repercussions have been some light sanctions and counter cyberattacks.

So for someone like Iran — who knows every military action from here on out will be met with an exponential show of force — cyber warfare offers an avenue of attack that won’t end with your BMW being turned into a piece of Swiss cheese by an invisible sky robot.

With all that said, 2020 could be an unprecedented year for cyberattacks in the U.S. And if American industry and government fails to take steps to shore up their cyber infrastructure now, they could very well be paying for it before the year is out.

Which is why any company who positions themselves to offer that service stands to make a killing in 2020. We’re watching this closely and actively investigating to see if anyone is poised to take on the challenge.