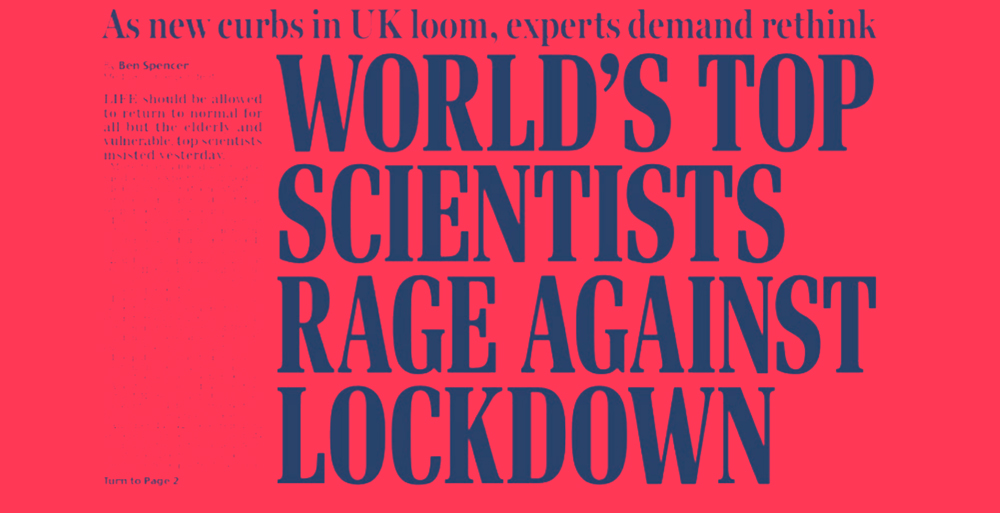 “The science and the morality point in the same direction,” says Professor Jay Bhattacharya of Stanford University, “as does standard public health practice… we are just calling to return to all of those things”

The declaration, boiled down, says:

4] In-person professional and social activity should be resumed.

The plan’s biggest detractors, on the other hand, say it’s a misguided approach based on dangerous assumptions.

In short, they say:

2] It’s not feasible to do a ‘shield the vulnerable’ approach because it’s impossible to fully identify and isolate them.

3.] There’s the potential for serious, long-term damage to the young and healthy.

If the GBD’s detractors are right, however, China certainly didn’t get the memo.

The Red Dragon is Back in Action

“If you guys want to see something weird, surreal, and almost not 2020,” says David Ingles in a Bloomberg broadcast, “have a look at this next video… almost half a billion people traveling across the country.”

In just the first four days of the Golden Week, a 7-day national Chinese holiday beginning in October, an estimated 425 million Chinese have traveled around the country.

There are no lockdowns. No restrictions. No social distancing mandates. No asymptomatic testing. And the country of 1.44 billion apparently hasn’t seen a single case since August 15. 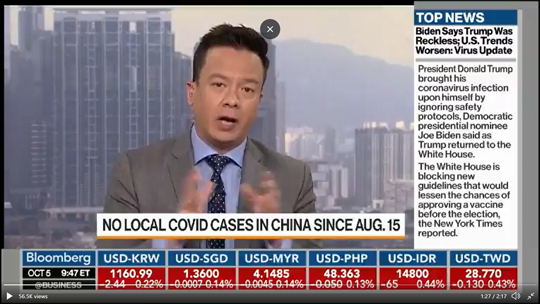 The Heard and the Unherd

Despite the “herd immunity” approach being maligned in the mainstream media as inhumane, callous, and even psychopathic, the Great Barrington declarers maintain that a targeted form of it is the most humane and sensible approach we have.

The aim of the declaration, Bhattacharya makes clear, isn’t to say that we should do nothing.

“In fact,” he says, “that’s the misconception that people have when they hear the words ‘herd immunity’. It’s quite the opposite. Our strategy involves protecting the vulnerable. We’ve learned a lot about this disease in the six to eight months that we’ve had to live with it. In particular, we’ve learned what groups are most vulnerable, should they become infected, for mortality and other other severe bad outcomes.”

The scientists maintain that the approach outlined in the GBD sticks to the most basic principles of public health. One of which, says Kulldorf, “is that you cannot look only at one disease. You have to look at public health very broadly.”

The strategy we’ve used so far for COVID-19 hasn’t only been ineffective against COVID-19, Kulldorf argues, “it’s also generated enormous collateral damage on other public health. We think it’s important to present an alternative way to approach COVID-19. And this is nothing revolutionary… this is what people have been saying since the very beginning back in March, but it’s often been dismissed.”

The approach, they say, is simple. It aims to, in Kulldorf’s words, “do a better job protecting older people and other high-risk groups, while we let children and younger people, younger adults, live their lives normally going to in-person schools and universities, etc.”

And the overall intention, adds Professor Sunetra Gupta, is an “alternative strategy for dealing with the current crisis which protects the vulnerable but at the same time allows us to minimize the damage done, particularly to the young and the disadvantaged sectors of our population.” This entails “investing quite seriously in finding ways to protect the vulnerable those in care homes, and stopping infections in hospitals, but also more generally in the community.

“We think we can do that,” Gupta adds, “while allowing those who are not vulnerable to this disease to get infected and build up what we call and will continue to call herd immunity, which is a level of immunity in the population that reduces the risk for everybody, which of course, is consequential particularly for those who are vulnerable.”

“Our strategy,” says Bhattacharya, “proposes concrete ways of addressing the needs of the vulnerable so they don’t die from the disease, while at the same time [addressing the needs of] the people suffering from the collateral damage of the lockdown, closed schools, closed businesses, closed universities, depression, suicidal ideation, all that enormous collateral damage, when they face very little risk from death from the disease. That has to end.

“So,” Battaacharya goes on, “the premise is not to do something reckless. The premise is to take account of all of public health and all of the harms. We care about cancer, we care about mental illness, we care about all these things. But we are not simply just bags of germs infecting one another, we’re human beings and we want to take advantage of the new knowledge we’ve gained, protect the vulnerable, and let people face the the risk of the disease who don’t actually face a very large risk of mortality if they were to be infected.”

Whatever strategy we use, at the end of the day, the goal is to reach herd immunity. If we do nothing, we’ll get old people infected and get a lot of deaths. If we protect everyone equally, we’ll have many deaths, we’ll just be stretching those deaths out.

The third option is the “targeted strategy.”

“If we do a targeted strategy,” says Kulldorf, “that protects the elderly and other high-risk groups, while letting younger people live normal lives, then among those who get infected before we reach herd immunity will be fewer old people and more young people and therefore will be fewer deaths.”

While this approach has been framed in the media as deeply unpopular, according to Kulldorf, the consensus among infectious disease epidemiologists is, by and large, against the blanket lockdowns… but that many of them are afraid to speak out.

“This,” says Tom Woods, “is what the ostentatiously ‘pro-science’ frauds have produced: a society of fear.”

Only time will tell how this declaration will fly. But it’s certainly, upon writing, going viral in my little corner of the infosphere.

It’s been signed by over 3,199 medical and public health scientists, over 4,810 medical practitioners, and by over 73,325 of the general public.