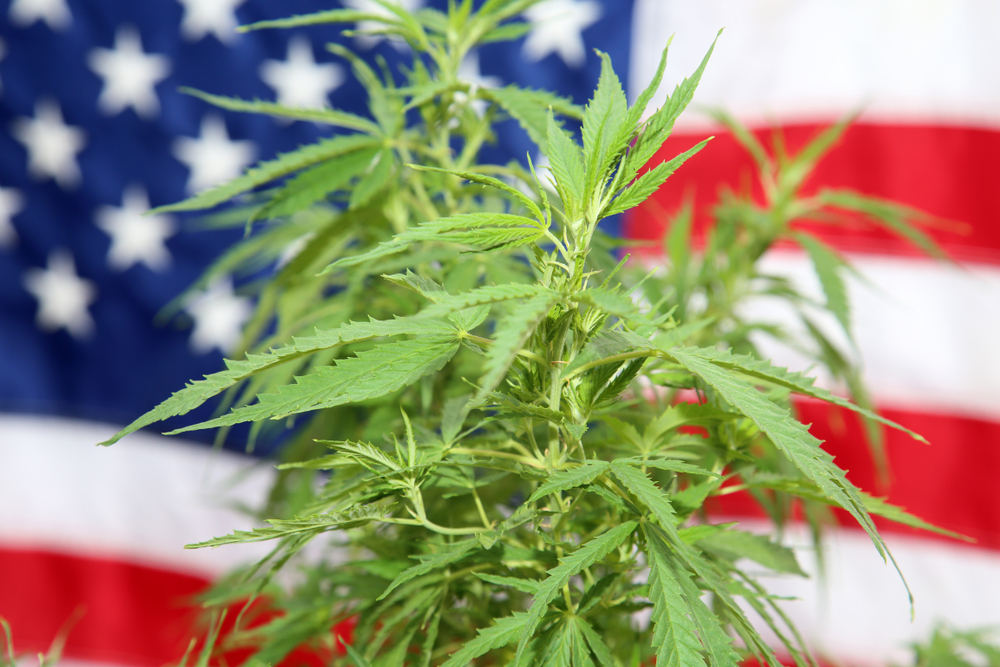 The federal government will start processing applications to cultivate weed for science this week, following three years of delays (and a lawsuit).

The decision opens the door for scientists to grow their own smoochy boochy for scientific testing.

Until now, researchers who wanted to study the broad medical applications of General Cheech’s Chicken had to get it from the University of Mississippi.

However, according to the lead scientists in the field of green burrito research, that backyard boogie Ole Miss is peddling just ain’t dank enough for science.

Dr. Sue Sisley, who heads up cannabis research at the Scottsdale Research Institute in Arizona, told NPR that the federally grown weed comes in “generic batches of moldy, green powder full of stems, sticks and leaves.” (Who would have thought that the U.S. government of all people would be a crappy drug dealer?)

According to Sue (who has devoted her life to finding the kindest of buds) the government weed is “harming our data” (gasp! Not their data!).

Other researchers have said that the THC content of the weed grown is so low, it’s closer to hemp than marijuana. (Which is great for scientists researching the medical benefits of beige pants.) 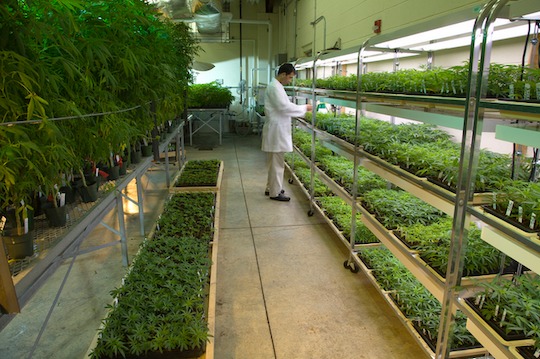 Imagine being so bad at science that some dude growing weed in his mom’s basement can out marijuana you.

The DEA actually changed its policy on allowing researchers to grow their own Cannabis Crunch way back in 2016.

Since then, more than 30 organizations have applied to grow Spiderman’s girlfriend for scientific research. But the federal government has yet to process a single application. (But to be fair, it is hard to do stuff, especially when you don’t want to.)

After years of waiting, Dr. Sisley greased the wheels of bureaucracy with a good old fashioned lawsuit. (My new book Grease the Wheels of Bureaucracy will hit shelves whenever I get around to finishing it.)

“I am pleased that DEA is moving forward with its review of applications for those who seek to grow marijuana legally to support research,” said Attorney General William Bar, who knows all too well that this is only moving forward because someone got sued.

“I have high hopes, but I’ll believe it when I see it,” he says. (Really Shane? High hopes? Lazy and cliché, even for a lawyer.)

Right now, marijuana’s complicated legal status in the U.S. stands in the way of serious medical research and widespread legalization. But I have high hopes all that will change if these researchers can finally get their hands on some good weed.

Just look at Canada: Until 2015, recreational marijuana was 100% illegal there.

Yep. Folks are collecting an average monthly income of $2,717 from these things. We’ve gone from “street hustle” to “lake house retirement” in 60 seconds flat.

Incidentally, Canada’s “Pot Pension Payouts” aren’t exclusive to Canucks. You don’t have to live there, work there, or even pretend to like poutine.

Just click here to find out how to start collecting your checks.

The Justice Department charged self-driving car pioneer Anthony Levandowski yesterday with 33 counts of trade secret theft. (And one count of looking like the lovechild of Martin Shkreli and a wacky inflatable tube man.)

Once upon a time, this dude was one of the most sought-after nerds in Silicon Valley.

His company, Anthony’s Robots (naming companies is one of Anthony’s strong points), built the first self-driving car to actually drive on public roads. And he was a key part of the team that developed Google’s autonomous driving technology (Codename: Driving Ms. Lazy).

The young engineer was a rising star at Google. But he wasn’t satisfied with the search giant’s slow and steady (make sure the car isn’t a killer robot) pace.

He wanted to commercialize a self-driving vehicle as quickly as possible. So he took his talents (and 14,000 of Google’s files) to self-driving truck company Otto.

Otto was quickly snapped up by Uber when it realized Levandowski came as part of the deal. And with Levandowski’s guidance, Uber’s self-driving unit suddenly started making leaps and bounds (or 3-point turns and parallel parks).

In fact, it was progressing a little too quickly for Google’s liking. The company sued Uber (successfully) for stealing its self-driving tech. And the courts ordered the rideshare app to buy its self-driving tech from Google from now on and give ‘em a big ole chunk of equity to boot.

Levandowski wasn’t named as a defendant in the civil case. But apparently, there was enough evidence unearthed as part of the investigation to charge him with a crime (or 33).

“Silicon Valley is not the Wild West,” FBI agent John Bennett, told the Wall Street Journal, while ducking behind a barrel of sarsaparilla to reload. “The fast-paced and competitive environment doesn’t mean that federal laws don’t apply or can be ignored.”

Levandowski faces 33 criminal charges of counts of trade secret theft. Each of the charges carries a maximum sentence of 10 years and a fine of $250,000.

If convicted (let’s do a little math) Levandowski could be facing time up to 330 years and a fine of $7.5 million. (Which will seriously impact his ability to “commercialize a self-driving vehicle as quickly as possible.”)

I seriously doubt any prosecutor would send this nerd to prison for 330 years (it would cost a fortune just to keep him alive). But we’ll be following this story as it develops.

The Queen (of the UK and sometimes Canada) approved a plan to suspend British Parliament today at the request of Prime Minister and Eldritch Chaos Lord Boris Johnson.

Johnson asked the woman who will probably outlive us all to suspend Parliament the week after the summer recess. (Why is it the only two segments of the global population that get summer recess are politicians and children?)

This would mean Parliament would not reconvene until Oct 14., just two weeks before Britain plans to Brexit the EU.

Johnson made the request earlier this morning and, like the thorstiest of Tinder users, the Queen replied in the affirmative within a few hours.

Johnson says he wants the time off to develop an agenda for his new government. But critics say the windswept Victorian doll is trying to bypass lawmakers and push through a no-deal Brexit.

Opposition MP’s took to Twitter to express their outrage and check their DMs:

From here, we’re entering uncertain territory. The only course of retaliation for opposition lawmakers is to rush through some legislation or call a vote of no confidence, which would be unprecedented so early into the term of a Prime Minister (but hey, we’ve apparently transitioned into the wacky dimension where anything goes, so why not?).

You read the headline. You know the deal.

Folks are searching google for “Dow” and “Dow Jones,” and that’s generally a bad sign. (But not as bad as an uptick in searches for “anime girlfriend.”)

According to Nicholas Colas, co-founder of DataTrek Research, folks have been googling “dow jones” more and more. On Aug 8. searches for “Dow Jones” were higher than in May when the DJIA crashed 6.7%.

Why does this matter?

Well, the folks who hop on Google and type in “dow jones” tend not to be the most market savvy users. So what we’re seeing here is an influx of Joe Shmoes who are suddenly very concerned about the Dow Jones.

Now, you might write off these folks because they don’t know much about investing. But according to Colas, the uptick in searches points to a growing anxiety about recession in the general population.

And that could be disastrous heading into the holiday season — especially considering that the entire U.S. economy is being propped up by the American consumer.

“We’ll have to wait to see how markets perform over the rest of 2019,” Colas wrote, “but one thing is sure: Americans are watching.”