State-sponsored Russian hackers have been trying to steal coronavirus vaccine research from labs around the world (because they miss being the bad guys in every Hollywood movie, I guess).

Security officials in the UK, US, and America’s hat said a group known as Cozy Bear was behind the cyberattack.

(You may recall Cozy Bear as the same group behind the DNC email attack that turned the 2016 election from a regular pain in the ass into a four-hour Cirque du Soleil performance about a pain in the ass.)

Officials say the adorably named hacker group has been targeting vaccine researches with malware, phishing attacks, and mystical computer magic that is unknowable to anybody over 40.

Despite the cuddly codename, the group is believed to be associated with not-so-cuddly Russian Intelligence. And if Russia was to achieve a working vaccine before anyone else, the former soviet nation could either:

Or they could do something in-between and sell small amounts of the vaccine at a high price, making a nice bit of pocket money but not supplying enough of the vaccine to allow other nations to beat the pandemic.

But that would be cartoonishly evil. You’d have to be a literal Bond villain to do th- 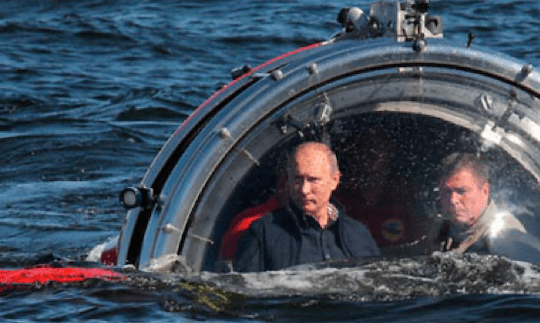 Officials from the UK, Canada, and US condemned the attack as “very not cool” and told Russia to knock it off.

“It is completely unacceptable that the Russian Intelligence Services are targeting those working to combat the coronavirus pandemic,” UK Foreign Secretary Dominic Raab said in a statement.

“While others pursue their selfish interests with reckless behavior, the U.K. and its allies are getting on with the hard work of finding a vaccine and protecting global health.”

Meanwhile, Kremlin spokesman Dmitry Peskov denied the allegations that Russia was behind the cyberattacks, and would personally reassure any vaccine researcher himself as soon as they sent him the name of their first pet and their social security number.

Shares of Netflix plummeted today, as the company said it wouldn’t meet analysts’ expectations for Q3, even though the entire planet is stuck indoors watching tv.

During last night’s Q2 report, the company sheepishly offered guidance for the third quarter, coming in at less than half of analyst’s expectations.

Netflix says it expects an additional 2.5 million net subscribers, while analysts looked at the platform’s endless deluge of shows about making food in slow motion and predicted 5.27 million net.

Growth is slowing as consumers get through the initial shock of Covid and social restrictions,” said executives in a letter to investors. “Our paid net additions for the month of June also included the subscriptions we cancelled for the small percentage of members who had not used the service recently.”

Predictably, the original binge-watching machine womped expectations for Q2, as the entire planet tried to sate their existential dread with a show about a man destined to be eaten by a tiger someday. During the first three months of the pandemic, Netflix added 10.09 million terrified ding dongs, versus 8.26 million expected.

Despite the boost in viewership handed to them by a lucky global crisis, Netflix still managed to miss analyst expectations on earnings, in large part due to a one-time charge related to tax credits in California.

Puzzlingly, the company also announced that Ted Sarandos was being promoted to co-CEO: a position that was once pretty common in large companies, but everyone stopped doing it when they realized it only served to dilute the power and vision of the ALMIGHTY CEO.

Shares of Netflix (NFLX) fell 9% in the overnight trade, and plummeted as much as 8% when the markets opened this morning.

The 30-year mortgage rate has fallen below 3% for the first time in history, and if that doesn’t scare you, you need to ease off the anxiety meds.

According to the giant man in charge of housing loans, Freddie Mac, the average rate on a 30-year fixed mortgage fell to 2.98%, the lowest rate on record.

This is the seventh time this year the 30-year fixed rate has set a new record low, and it’s all thanks to our bud the coronavirus.

Typically, low mortgage rates boost home sales. But economics don’t function “typically” during a pandemic. In fact, they barely function at all.

“On the surface, low rates look great,” Tendayi Kapfidze, chief economist at LendingTree, told the Wall Street Journal. “But when you get into the details there are other factors affecting whether people are able to purchase homes.”

Those factors include, but are not limited to: realtors being unable to show homes in person, financial insecurity due to historic unemployment numbers, a scarcity of homes for sale, and an unexpected rise in basement goblins (almost impossible to get rid of without hiring a barbarian).

“Below 3% is a tremendous benchmark,” Jeff Tucker, an economist at Zillow Group Inc., told the Wall Street Journal. “It’s also an indication that we remain in a crisis here.”

Podcast: One Last Mountain of Pain

In this week’s episode, everybody gets hacked, the UK brings down the ban hammer on Huawei, and a mountain of pain starts to tumble towards the earth.