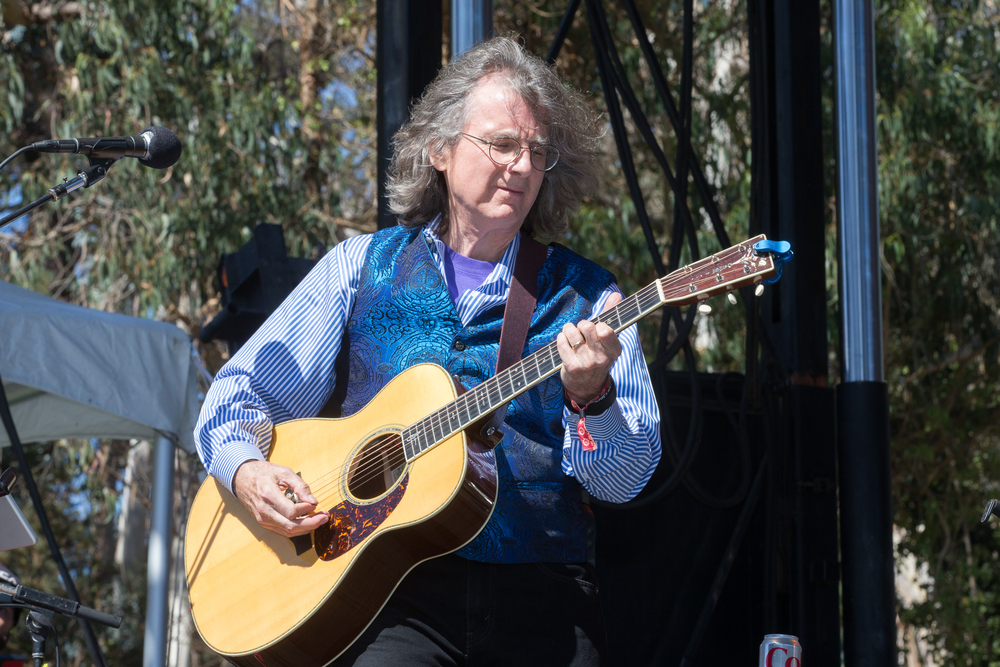 The Billionaire’s Mentor Spills the Beans

We’ve got some big news coming at the end of the week.

I can’t reveal all the details just yet. But I can say that you’re going to start seeing some BIG CHANGES around here starting next week.

I’m really excited. And I think you’re going to like it.

We’re going to unveil the big news this Friday. Make sure to tune in to find out what’s happening with your Money & Crisis subscription.

With that out of the way, let’s get to the meat of today’s issue.

Roger McNamee is known as the Billionaire’s mentor. He’s been a sounding board for Steve Jobs, Bill Gates, and, for a hot minute, Mark Zuckerberg.

He tells the story of his encounter with the Facebook founder to James Altucher in today’s issue of Money & Crisis.

You don’t have to be a tech wizard to realize the advice he gave Mark that day likely changed the face of the internet forever.

P.S. Everyone’s path to success is different. But studies show that rich folk are more likely to have multiple streams of passive income. And for that, I highly recommend James Altucher’s new book, the Side Hustle Bible.

In it, James reveals 177 six-figure income opportunities to earn easy paychecks for the rest of your life — including 10 ways to make two grand in the next 48 hours.

Click here to claim your free copy while stocks last.

5 Steps: Breaking Down the Manipulation Process

Right then, Mark Zuckerberg decided to walk away from a billion dollars.

His gut was saying “Don’t sell.”

But it’s a billion dollars. How do you turn that down?

He called Roger McNamee, who was on my podcast last week. He’s every tech billionaire’s mentor:

Mark needed Roger’s help. Because everybody told him to sell Facebook.

So he called Roger. They had a 30-minute meeting.

And it was awkward.

They introduced themselves. “Hi, I’m Roger, nice to meet you.” Blah, blah, blah.

Zuckerberg does the same.

Then Roger talks. He has no idea why Mark called him. He doesn’t know Yahoo offered him a billion dollars.

But he had a hunch.

So before Mark could say anything, Roger said, “If this hasn’t happened yet, someone is going to try to buy the company. It’ll probably be Microsoft or Yahoo. They’re going to offer a billion dollars. And everybody you know is going to tell you to take it…”

Mark was shocked. “How does he know this?”

Then Roger told him what he wanted to hear. He said, “The people who work for you signed up for your vision. So if you’re not ready to sell, I hope you hang in there.”

This is where it gets awkward.

“He goes through literally five minutes of thinker poses. You’re watching physical comedy in front of your eyes,” Roger said. “And I was a little bit intimidated by it. That had never happened to me in my entire professional life. At the three minute mark, my fingernails were just pounding into the sides of this chair. And then all of a sudden, he really visibly relaxes.”

“Did you feel an urge to say, ‘Hey can I get you a cup of water?’ or something? To cut the tension?”

“No, no. I was afraid that if I interrupted him I would somehow put a tear in the space-time continuum, ya know? He was an extraordinarily energetic but silent character in this thing.”

So Roger waited in the silence. And watched.

“Mark was different from everybody,” he told me. “But in a kind of cool, interesting way. I mean, a little creepy too.”

“Tech entrepreneurs aren’t like you and me,” he said. “The best of them are extremely developed in some core things. And completely undeveloped in things that a normal person would take for granted.”

I wanted examples. I wanted Roger to tell me what these ultra-rich peak performers are like in real life.

He told me he sent Steve Jobs the first ever Roomba. “I knew Steve was a neat freak. So I was like, ‘I’ve got to send him this robotic vacuum cleaner. He’s gonna love this thing.'”

“And I’m thinking to myself, he’s obviously never been around a real vacuum cleaner because a Roomba is so much quieter.”

“Bill did the thing that I advise to all men. He married up. He married a woman who had been a product manager at Microsoft. Who was both perfectly suited to him and opened up all the parts that Bill had not really had a chance to bloom when he was CEO.”

Now I wanted to ask about love. How did Bill Gates find it? And what’s this advice “marry up?”

“I wrote a book called Zucked… not a book about how to find the right person.”

“So why did Steve Jobs and Mark Zuckerberg think you were the right person to call?”

He had a reputation.

“I had a reputation for being experienced and thoughtful about startup issues. And for being unconflicted, but also capable of keeping people’s secrets.”

But now he’s being more revealing. So I felt really lucky to hear these stories. And ask questions about it.

Because it’s more than just stories. It’s history. Roger’s book shows you how technology is adapting.

And he makes the case for why we have to adapt with it.

Tech is in our psyche. And the more we use it, the easier it can use us.

We think our relationships with tech is fair and mutual. It’s not. Tech is cheating on you with credit card companies and anyone else who wants to collect your data.

It’s cheating on you with:

Data used to be a means for advertisers to target you. But it’s more than that now.

“In the old days, advertising was about gathering data to better match products and services to the people who use them. [For] Facebook and Google, that’s not what this is about at all. They’re getting it so they can basically manipulate your attention. And ultimately manipulate your behavior to their ends.”

Tech just adopted it. To get you to pay attention to them. And then the bad actors get you to deviate from your normal behavior.

They feed you more of what you already like. And make you more and more addicted.

Roger said, “We’re all addicted. I like to ask people, ‘When do you first check your phone in the morning? Before you pee or while you pee?’ It’s one of these times for most people. Once you’re addicted, if somebody wants to use those tools to do harm, they can do that.”

So I had Roger break down the manipulation process.

It came down to these 5 steps:

First, they (whoever wants to manipulate you) forms a Facebook group that seems totally authentic and legitimate.

But it’s actually being led by a troll (someone with an agenda). The troll fills the group with bots who make up 1-2% of the group’s total population. You could be in a group like this now. (The more controversial the group, the more likely this is… Which leads to #3.)

Together, the bots and the troll establish a theme. Usually something controversial. Like gun control or immigration. After the theme is set, they decide what content to post. You start getting notifications. The frequency of those notifications and posts become addictive. You’ll check all the time. And the more you check, the more your mind will feel the signal “OK, this topic is important.” Making you more and more emotionally attached. Which leads to step 4.

Most people join a Facebook group for a good reason… curiosity, discussion, connection, whatever. There’s an element of innocence. And human nature. The trolls and bad actors know this.

“What happens is the group shares stuff that reinforces the perspective and they share it multiple times a day. And after a period of months, your position hardens and becomes more extreme.”

Plus the AI of the newsfeed algorithm will reflect the groups you’re in. Giving you less and less of a chance to think freely.

Steps 1-4 ripple out. They use Facebook ads to attract people into the group. And the message spreads.

Unless you make a conscious effort to not be manipulated. I do this by:

Take inventory of my notification (Which ones am I obsessed with? Is there a certain topic that’s stealing energy from me? Can I opt out?)

Recognize the fact that “bad actors”, “hackers”, “trolls” all exist online (Sometimes I get hate or see hate online. And it hurts. It’s painful. But I have to consider “maybe this person isn’t real.”)

We have to stop thinking we’re 100% safe online.

“We need a new vocabulary. We need to think about these problems differently,” Roger said. “The business of FB and Google is not ‘advertising’ as we knew it in the past. And thinking about it [the old] way gets in the way. The privacy violations are a new kind of privacy violations. So you have to be open to that. Everything about it is different…”

Facebook was different. They had a plan to eliminate online anonymity. And do good.

The other social media networks (MySpace, Friendster, Six Degrees, etc.) had too many trolls. They didn’t require you to authenticate your identity. Anybody could make up an identity online. And be totally anonymous. Which lead to more and more bad actors.

And that’s what he wants everybody to do. Don’t just follow Zuckerberg’s vision or Tim Cook or whoever.

Who do you want to control you?

So why hasn’t ours? Bad actors have multiplied. Throw in human trust and naivety. And it’s a recipe for what? I don’t think there’s a word for it.

Privacy isn’t dead. There’s just less and less of it. So how much more are you willing to give up?

“I haven’t stopped using Facebook,” he said. “I’ve changed the way I use it… by a lot. My point here is we have to use our attention differently if we want to be safe going forward.”

Editor’s note: Claim your free copy of James’s Side Hustle Bible and maximize your earning potential. Discover 177 six-figure income opportunities to earn passive paychecks for the rest of your life. Click here to reserve your copy before it’s too late.