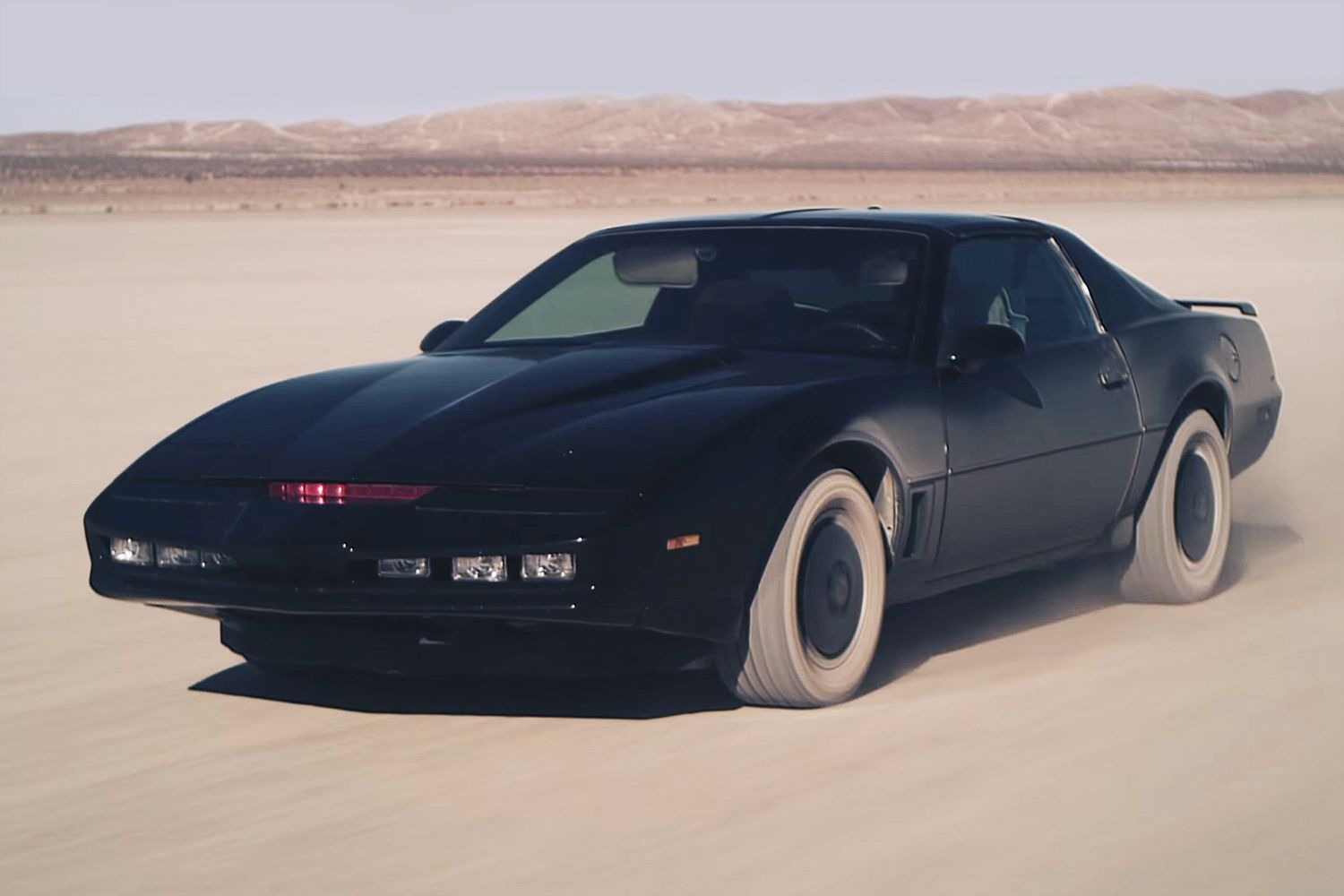 Back in 1998, as a certain president was introducing the phrase “sexual relations” to the wider American lexicon, a tiny internet company was founded in a sweaty little garage on a computer submerged in a giant pile of trash.

It was an inauspicious launchpad for the meteoric rise to one of the biggest tech companies in the world today.

With its empty takeout containers and mystery bags of trash, this Menlo Park rats’ nest seemed more likely to birth a new type of population-decimating disease than a billion-dollar company.

And yet, here we are, almost 22 years later (with a president who reinvents the American lexicon on a daily basis) and Google’s stock market value is teetering on the edge of $1 trillion. 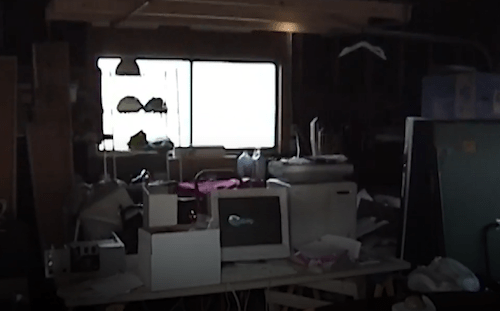 When bad programmers die, they go to the Menlo Park garage down below.

The total stock market value of Google’s unnecessarily rebranded parent company, Alphabet (GOOG), came within 1% of the trillion-dollar mark Friday after a 7% surge in the stock.

When the porn-indexer-come-advertising-behemoth crosses the trillion-dollar milestone, Google will become the fourth Big Tech company to do so.

Thanks to its enlightened philosophy of charging more for less, Apple crossed the $1 trillion threshold in August 2018, followed shortly thereafter by Microsoft, and Amazon, who has since fallen back down to just $935 billion (boohoo).

Making a killing: The first public company to be valued at more than a trillion dollars was not-so-coincidentally the first-ever public company in history, the Dutch East India Company. The DEIC had to commit some light genocide to juice those numbers though, so their “success story” doesn’t really translate into quotable business wisdom.

In its early days, Google tried to resist the siren’s call of that sweet, sweet advertising revenue. Its founders, Larry Page and Sergey Brin, worried that ad money would corrupt the integrity of the platform’s search results for cat pictures and sex kinks.

But in the less-idealistic, growth-focused Google of 2020, advertising now brings in 99.6% of company revenue. (And, as predicted by Page and Brin, the search results for weird sex stuff have been totally monopolized by Big Foot.)

Obviously, a trillion-dollar Google wouldn’t be possible without all that stinky ad revenue. But the same could be said for its founders Page and Brin, who unceremoniously packed their bags and outie five-thousanded just a month before their company was poised to cross the historic threshold.

Like a Frankenstein’s Monster (who memorizes every gross thing you’ve ever looked up on the internet), Google outgrew its founders a long time ago. But even as their roles in the day-to-day running of the business shrank, Page and Brin have served as the monster’s moral compass.

Now, without the inconvenient weight of that hippy-nerd compass, Wall Street hopes Google can get down to the kind of shady, morally ambiguous business that will drive growth and enable the internet giant to catch up with its more profitable rivals.

However, the unshackling of the monster comes at a time when it’s already under heavy scrutiny from lawmakers and regulators.

Currently, 50 attorneys general are investigating the company as part of a broad sweeping antitrust probe into potentially anti-competitive practices. And to them, that trillion dollar price tag probably looks a lot like a bullseye.

This morning, David Calhoun moved his box of crap into Boeing’s chief executive suite — a swanky little number with a killer view of downtown Chicago and a $10 billion albatross nailed to the wall above the door.

Calhoun, who’s been occupying a slightly less opulent office at Boeing HQ for the last 10 years, faces the unenviable tasks of:

For accepting the Sisyphean task of redeeming Boeing, Calhoun will bank a tidy little salary of $1.4 million, plus a $7 million bonus when the 737 Kill-O-Tron is re-certified.

Which explains this email to Boeing employees, where Calhoun says returning the Max to service is among his top priorities for the company (and his bank account) for 2020.

“This company has a tremendous legacy of aerospace achievement, thanks to your efforts and the contributions of generations before you,” he wrote.

“I honor that legacy, and I appreciate your tireless commitment. I also recognize the learnings — many of them painful — from the experiences of the last 18 months that you are bringing to the way we do business.”

Calhoun, a veteran of GE and Blackstone, has served on Boeing’s board of directors for more than 10 years. But not everyone sees that “experience” as a plus.

As we reported last week, Boeing was forced to release a metric buttload of internal documents that paint a not-great view of the company’s senior staff and complete disregard for safety in the name of saving a couple of bucks.

In one of the most quotable messages, one worker told another, “This plane was designed by clowns who are in turn supervised by monkeys.” And, just to be clear, Calhoun is one of those monkeys.

As Scott Hamilton, an aviation industry consultant for the Leeham Company, told NPR:“I would point out that David Calhoun has been on the board since 2009 and has set and endorsed the policies of shareholder value and cost. And so I would say he’s actually part of the problem.”

“I’m just shaking my head and rolling my eyes,” said Scott, referring to the internal documents in which Boeing employees bragged about hiding safety concerns from regulators. “This is disdain, this is contempt for the regulators, for some of their customers and even for some of their co-workers.”

Meanwhile, for his role in creating that culture of disdain and bungling Boeing’s response to the fatal crashes, Calhoun’s predecessor, Dennis Muilenburg, is walking out with a big old burlap a with $62 million in it.

Muilenburg won’t receive any bonus compensation or severance pay beyond what Boeing is contractually obliged to give him, but I’m sure he’ll manage to get by somehow on that paltry $62 million.

Boeing’s stock (BA) jumped about 0.96% this morning as Muilenburg cleared his browser history and started looking for another once-great company to tear down from the inside.

The car of the future will talk and make fart noises, says Tesla CEO and incorrigible man-child Elon Musk.

The new feature would enable Teslas to communicate with pedestrians and politely ask them to shift their asses before they become the first casualty in the AI-human war.

Musk teased the feature in a clip on Twitter, in which a Model 3 rolls up and says, “Well don’t just stand there staring. Hop in.” 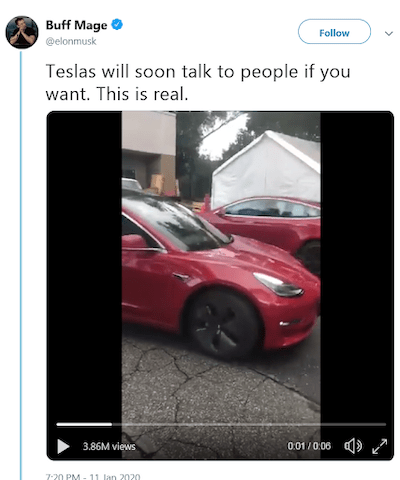 Obviously, this Nightrider shtick is just Elon’s way of bending a legally required safety feature into just another one of Tesla’s unnecessary bells and whistles.

In order to comply with U.S. and EU safety regulations, Musk is being forced to stick speakers on the outside of his quiet-as-a-mouse Teslas to produce artificial noise to prevent pedestrian accidents.

And in a true Muskian fashion, these regulation-required speakers will also be used to play hilarious fart noises, according to the billionaire.

Separately, Tesla’s stock (TSLA) surged 8% after Oppenheimer analyst Colin Rusch boosted his stock price target by nearly 60% to over $600. (Either that or the surge was driven by the big farting reveal. Who knows?)

Intervention in the Markets

Some Central banks actively engage in buying equities and pulling the strings of the stock market. But the U.S. Fed is banned from this kind of meddling to prevent conflicts of interest, massive risk, and political challenges.

Which is why I balked when our macroeconomist Graham Summers said he believes that the Fed is buying stocks outright. We’re talking hundreds of billions of dollars’ worth of interventions being made every year, according to Graham.

It sounds unbelievable… but he says he has proof. So, I asked him to swing by the OLT offices for a couple of days this week and lay it all out for you.

We’re kicking off this mini-series with today’s One Last Thing, and if everything goes according to plan, Graham may have a big reveal for us before the end of the week.

Proof That Central Banks are Directly Intervening in the Markets

In 2009, Fed Chair Ben Bernanke swore under oath that the Fed would never monetize the debt.

But over the next seven years, the Fed spent $3.5 trillion doing precisely that.

As I write this, the Fed continues with this spending spree… and will buy up 40% of all new U.S. debt issuance in 2020.

Clearly, the Fed is a master of misdirection. Like a magician that’s shifting the audience’s gaze from what he’s doing with his other hand.

But there’s something else that the Fed is doing that no one else sees. And it could lead to massive short-term profits for those that do…

You see, the Federal Reserve is manipulating the stock market.

Yes, you read that right.

And I’m not talking about manipulating the markets indirectly by cutting interest rates to make money cheaper… nor am I talking about providing extra liquidity to Wall Street via quantitative easing (QE) programs.

I’m talking about the Fed literally buying stocks outright – hundreds of BILLIONS of dollars’ worth of interventions being made every year.

And they’re not the only ones, either.

Consider that the Swiss National Bank literally prints money and buys stocks in the U.S. stock markets. (You can see a recent SEC filing from November 2019 in which it lists the companies it owns here.)

The Bank of Japan also prints money and buys stocks outright. As of March 2019, it owned 80% of Japan’s ETFs. Yes, 80%. And it is a top-10 shareholder in over 50% of the companies that trade on the Japanese stock market.

These are not small positions, either. Between the Swiss National Bank and the Bank of Japan alone, we’re talking about over $300 BILLION in stock positions.

Of course, we’re here to discuss what exactly the U.S. central bank is doing…

What Happens at the Fed behind Closed Doors

Technically, the Fed is not supposed to buy stocks or stock futures. And they certainly do not include those assets on their balance sheet listings, which are published every week.

However, we know from Fed meeting minutes that the Fed does indeed own positions in the markets that it does not publish.

Case in point: Back in October 2012, then-Fed Governor Jerome Powell (now-Fed Chair), explained what happens when the Fed decides to sell its investment positions during a discussion:

“So when it is time for us to sell, or even to stop buying, the response could be quite strong; there is every reason to expect a strong response. So there are a couple of ways to look at it. It is about $1.2 trillion in sales; you take 60 months, you get about $20 billion a month. That is a very doable thing, it sounds like, in a market where the norm by the middle of next year is $80 billion a month. Another way to look at it, though, is that it’s not so much the sale, the duration; it’s also unloading our short volatility position.” [Emphasis my own.]

Here, Powell is stating that the Fed has a “short volatility” position ― meaning the Fed is either shorting the Volatility Index (VIX) via futures, or options.

Whether it’s a direct intervention or done via a proxy, I don’t know. But I have personally watched the market react in ways that indicate a clear intervention by the Fed.