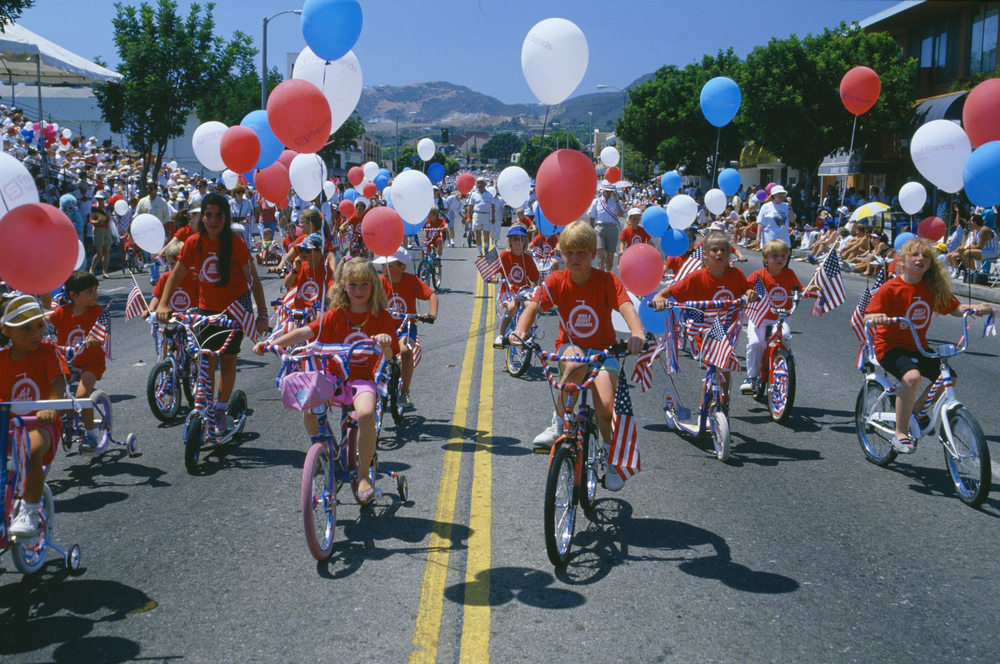 Happy (early) Fourth of July! Tomorrow is truly a day for celebration. I hope you are able to kick back, relax and contemplate the freedoms that make this country great.

But be sure to keep your eyes open while you’re out having fun. As you’ll see from the first of this week’s must-read articles, terrorism doesn’t take off on a holiday.

You’ll also discover what North Korea is secretly up to, a critical tool no Navy SEAL ever leaves home without, seven natural cleaning recipes — and more.

On Sunday, an Ohio man was arrested for planning to detonate a bomb during the Fourth of July parade in downtown Cleveland. Demetrius N. Pitts reportedly told an undercover FBI agent, “I’m trying to figure out something that would shake them up on the Fourth of July… What would hit them in the core?”

Allegedly, Pitts also had intentions to stage attacks in other cities, including Philadelphia — although the FBI is unclear whether he actually had the means to do so. Special events in both Philadelphia and Cleveland are scheduled to proceed as planned.

If you and your family will be attending a large gathering tomorrow — parade, BBQ, fireworks display — keep your head up and on a swivel. Really, anytime you go to a large public event, it’s important to maintain good situational awareness.

That being said, you don’t have to let your vigilance ruin your good time — just celebrate responsibly.

In other explosive news, North Korea has ramped up its nuclear program in recent weeks. According to several reliable sources, the fickle nation has stepped up enrichment efforts and expanded missile production.

Even more troubling, based on intelligence reports that have been leaked to the media there are several secret enrichment sites. (Previously, Yongbyon was North Korea’s only official nuclear enrichment site.)

All this flies in the face of recent peace talks, leading people to wonder if North Korea is actually serious about denuclearization. Regardless of North Korea and its infantile leader’s true intentions, your path remains clear: Continue to build up your emergency supplies — just in case.

3. Stock up on This Secret Tool of America’s Most Dangerous Fighting Force

Your No. 1 enemy in almost any situation is darkness. After all, you can’t run from — or shoot — what you can’t see. That’s why, in addition to food, water and first-aid supplies, one of the most important things to stock up on for an emergency is flashlights.

Just think of all the disasters that could result in a prolonged blackout — hurricanes, tornadoes, high winds, thunderstorms, an EMP, an attack on our power grid… The list goes on.

Click on the link above to discover a military-grade illumination device used by elite Navy SEALs in some of the deadliest parts of the world. If our military trusts their lives with this device, then I think you and your family will be in good hands.

Wildfires continue to rage across parts of California, creating environmental issues in other parts of the state. A smoke advisory has been issued for the entire Bay Area because of fires burning in nearby Yolo and Napa counties.

My point here is that some crises have a ripple effect. Fires create hazardous breathing conditions wherever the wind blows, torrential rains produce flash floods several miles downstream and melting snow high up in the mountains can cause landslides downhill.

Part of preparedness is being ready for anything. Even when the sky overhead is clear and sunny, disaster elsewhere could trickle down to you.

Homestead Survival Site offers up a ton of great advice that is not only useful in a survival situation but can also be applied to live a generally more sustainable life. This post runs down seven natural cleaning recipes you can mix up to scrub down your entire home.

These chemical-free cleaners are extremely easy to make. Plus, they’re safe to use around kids and pets. Best of all, they’ll help you save a TON of money on various liquids, sprays and wipes from the store. In fact, I bet you already have most of these ingredients in your home right now.

Take a look. And as always…