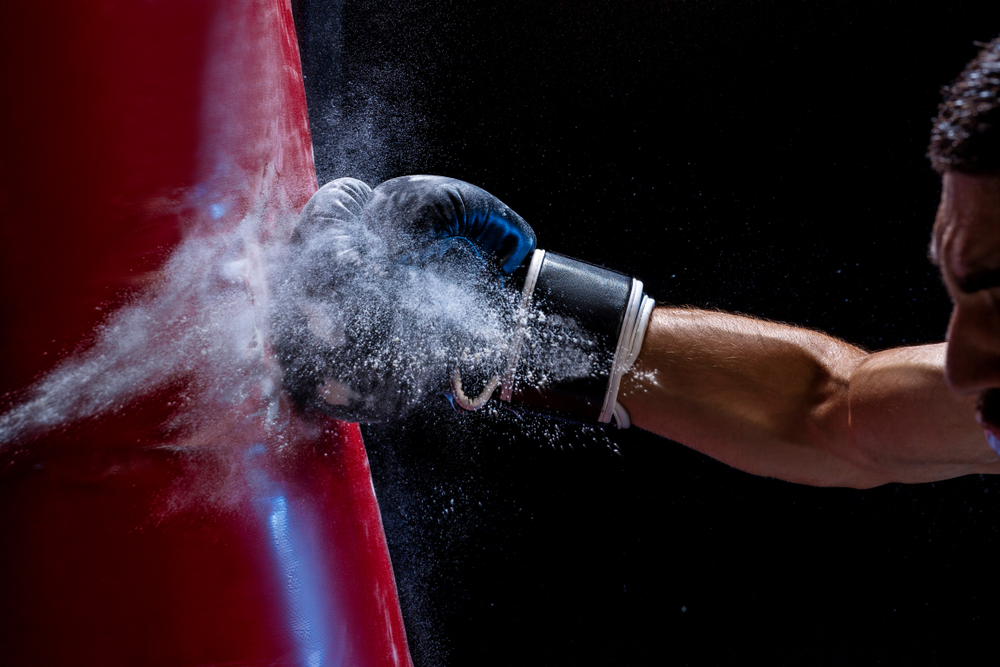 The head of Fed testified before the House Financial Services Committee today as part of a semiannual report to Congress. (Not to be confused with the annual Semi Convention which just so happens to be happening at the same time.)

In his best economist wonk-speak, Powell hinted at the possibility of a rate cut in July, pointing to uncertainty surrounding U.S.-China trade, global growth, and inflation.

“Crosscurrents have reemerged,” said Powell, closing his sailor’s almanac. “Many FOMC participants saw that the case for a somewhat more accommodative monetary policy had strengthened.

“Since then, based on incoming data and other developments, it appears that uncertainties around trade tensions and concerns about the strength of the global economy continue to weigh on the U.S. economic outlook.”

For the first time, the S&P surged above 3,000 points, before paring off some of those gains as Powell answered some awkward questions from Congress. The DOW and NASDAQ also peaked at record highs, with the DOW rallying 200 points from an early morning slump.

When asked if he would step down if president Trump asked him to, Powell gave the committee a big old nope.

“I’ve said what I’ve intended to say on the subject,” Powell said. “And what I’ve said is the law clearly gives me a four-year term, and I intend to serve it.”

When asked about the launch of Facebook’s new cryptocurrency initiative, Libra, Powell had a laundry list of red flags.

“It’s something that doesn’t fit neatly or easily within our regulatory scheme. It does have a potentially systemic scale and for all the reasons we’ve discussed it needs a careful look.”

Powell went on to say Libra “cannot go forward” without the broad satisfaction of lawmakers and regulators. Meanwhile, somewhere in Palo Alto, the distinct cry of a 35-year old billionaire screaming into a pillow echoed through the streets.

Investing in biotech can be tricky. You never know if a new drug is eventually going to cure the common cold or make folks heads explode when they turn on the microwave.

But there are a few tricks to investing in the biotech sector. And it’s all about clinical trials.

Often, when a company reports strong Phase 2 results, the stock takes off, since its the first real indication that it might be approvable. (And that heads might not explode.)

Investors get excited, potential partners begin sniffing around and the media starts to worth itself into a forth about the drug’s potential.

(I’m sure you’ve noticed a trend of breathless articles claiming the cure for cancer was just discovered… but then you never hear about it again.)

This is why, even though things are just starting to get promising, this is a great time to just take the money and run.

Friend of One Last Thing and biotech investment excerpt Marc Lichtenfeld closed out a 228% gain on his Novocure options recommendation in October.

According to Marc: “There’s nothing wrong with hanging around and seeing if a small biotech company can get the ball across the goal line and get its drug approved.

“But considering that less than half of all drugs in Phase 2 actually make it to the market, it’s a smart idea to take profits along the way when you can.”

And right now, there’s a company that is developing a solution for advancing Parkinson’s disease. The drug is just now entering Phase 2.

Even Former Speaker of the House Newt Gingrich is raving about it.

To hear more about this company – and several others that are poised for massive returns – tune in to The 2019 American Health & Wealth Summit. This is a free online event featuring Marc and Newt that will uncover the biggest opportunities in the biotech sector.

British Ambassador to U.S. Pops Off Back to London

U.K. Ambassador to the U.S. and very British man Sir Nigel Kim Darroch resigned this morning after he said mean things about our President and our President said some mean things back. (This is global politics 2019, folks!)

Darroch steps down two days after a cache of secret emails to senior officials in London were leaked by British tabloid and tacky headline machine the Daily Mail.

Though I have no idea how anyone actually read that news: 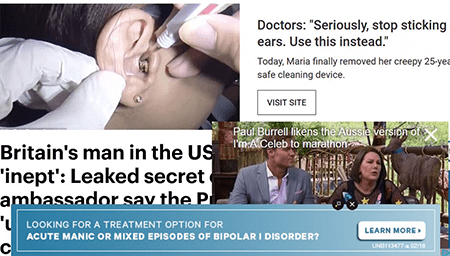 Darroch’s memos described President Trump as “radiating insecurity,” called the administration was “clumsy and inept,” adding that this presidency would end in “disgrace and downfall.”

(Sir Nigel Kim is one of those dudes who’s all smiles at dinner and then slams your taste in bathroom art in the group chat afterward.)

The ambassador described the Trump administration as “clumsy and inept” and wrote that Trump was “radiating insecurity,” adding that his presidency could end in “disgrace and downfall.”

Que every journalist on the planet scooting on over to President Trump’s Twitter page: 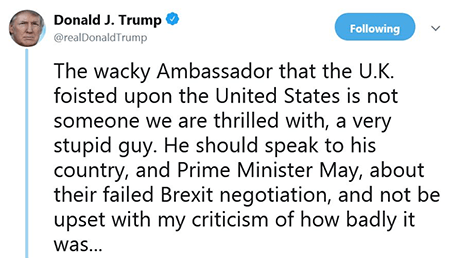 I think I got this exact comment on almost every report card. Except the stuff about Brexit. I wasn’t a great student but at least I didn’t mess up Brexit.

Trump banged out a few more tweets on the subject, calling Darroch a pompous fool and saying that he would “no longer deal” with the U.K. ambassador. Which is pretty much Darroch’s entire job, so he was forced to resign.

“The current situation is making it impossible for me to carry out my role as I would like,” Darroch wrote in his resignation letter. “Although my posting is not due to end until the end of this year, I believe in the current circumstances the responsible course is to allow the appointment of a new ambassador.

“I am grateful to all those in the UK and the US, who have offered their support during this difficult few days. This has brought home to me the depth of friendship and close ties between our two countries. I have been deeply touched.”

Now Darroch gets to enjoy that “depth of friendship” from the breadth of the Atlantic. 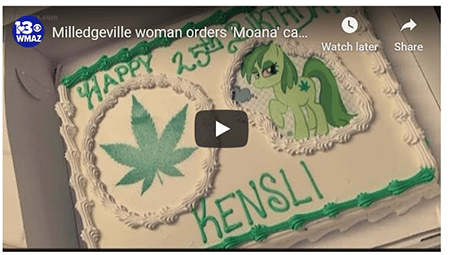 Our Healthcare System is Killing Our Dogs

This edition of One Last Thing is brought to you by my dog peeing on our bed at 4 a.m. and five hours of sleep. 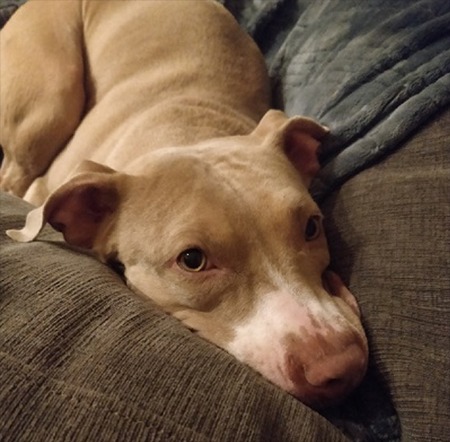 I can’t stay mad at that face

Anyway, we took this little monster to the vet over the weekend.

Regular checkup. Re-up on her heartworm medication. Nothing major.

We were barely in there 20 minutes. And yet, we left that hellhole with a $650 bill, after insurance, and no idea what just happened.

They even had the nerve to charge us $60 for antiseptic they offered for a cut my wife had on her hand. This was a tube of ointment that we could have bought for $4.99 in CVS.

I couldn’t understand how a single visit to the vet could cost this much. My wife and I lived overseas for a few years, where an identical checkup cost about $100, including tests and medication.

Well, as it turns out, it has a lot to do with our garbage healthcare system.

Most of the equipment purchased by vets like syringes, catheters (or should I say cat-eters), gauze sponges, endotracheal tubes, and surgical equipment are bought from the same suppliers that hospitals by from.

So because our corrupt health system is in tatters, even simple, cheap products like gauze are vastly overpriced. On top of that, Big Pharma charges a premium on drugs for animals because they know their owners will pay for it.

And that markup gets tacked on to every vet bill.

Which is now resulting in more and more people electing to forgo treatment for their animals entirely because they simply can’t afford it.

Now, I have some money put aside for emergencies like this so we were fine (though I probably won’t be getting that new bench we had picked out for the garden).

But more than 50% of Americans couldn’t afford to cover a $400 emergency expense. And, in this situation, they would have to go into debt or let their pet go untreated.

All because our healthcare system is so tragically messed up. And no one is doing anything about it.

That said, I still think that guy was a jerk for charging $60 for a squirt of antiseptic.

Yesterday, we covered Democrat and former Marine Amy McGrath’s challenge to Mitch McConnell’s Senate seat. I asked you if you thought Dem had a realistic chance of winning in Kentucky. Here’s what you had to say:

So glad you’re “on” this, giving us needed background/news…maybe a Trump Republican could join the race? Thank you. — Marilyn Hill

I am frankly amazed that anyone with her creds wants to be a brain-dead liberal/progressive/socialist Democrat. I wouldn’t vote for anyone with a D in front of their name – no matter how many planes they flew – because she is likely to be just another one putting herself in the way of the President and preventing him from doing what the people – cancel that, the CITIZENS of this country voted for and want done. We have had enough of that bull****. — Naomi

I support this challenge and wish her luck. The country will be better off if she wins. — Anthony