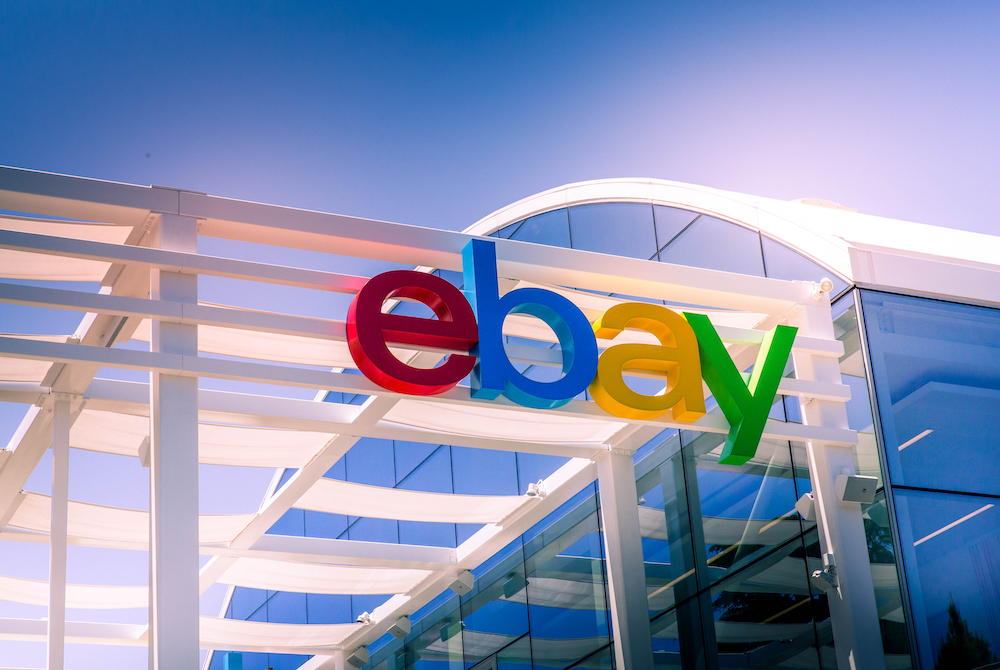 The owner of the New York Stock Exchange has made an offer on eBay that would value the e-commerce website at more than $30 billion (shipping not included).

ICE (not the one you’re thinking of) confirmed the WSJ’s reporting in a statement made late last night.

“ICE approached eBay to explore a range of potential opportunities that might create value for the shareholders of both companies. eBay has not engaged in a meaningful way,” said ICE, who seems a little X that eBay isn’t returning its calls.

“Over ICE’s 20-year history, the company’s track record of creating shareholder value, both through organic growth and acquisitions, speaks for itself. ICE does look to explore potential opportunities that it expects will deliver enhanced shareholder value, and will continue to do so in the future.”

According to the Wall Street Journal’s sources, this is not the first time ICE has made an offer on the website that once sold a “CHEETO SHAPED LIKE A URINATING MAN” for $1,911.68.

Since ICE’s last proposal, however, eBay’s leadership has been reduced to the cult run by Tina Turner in Mad Max: Beyond Thunderdome. Former CEO Devin Wenig left the company in September, citing the giant battle cage the board was building, and the position has remained unfilled ever since.

A cold CEO seat is a prime opportunity to attempt a buyout and offer to bring some much need leadership and certainty to the company. 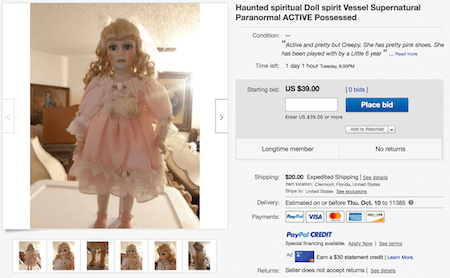 Selling haunted dolls on eBay is the perfect side hustle because I can do it in my spare time and the Victorian mansion I live in is packed with the spirits of dead kids I need to get rid of.

Shares of Snap tanked after the I-have-no-idea-what-they-do-for-money company whiffed revenue expectations by $2 million.

The oh-look-you’re-wearing-a-hat-now app plunged 14% in afterhours trading last night and tumbled more than 10% when the markets opened this morning.

Snap, whose engineers have labored tirelessly to make your face look like a dog’s face, reported revenue of $561 million, up 44% from the year before.

Despite the significant growth in revenue, the puking-rainbows app let investors down by falling short of projected revenues of $563 million. 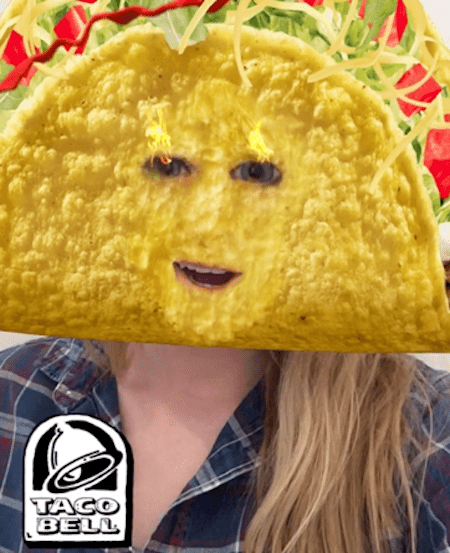 Ten years from now, we’ll probably be discussing how this app poisoned the well of American Democracy.

Since its disastrous IPO in January of 2018, Snap has continued to grow its user base and ramp up ad sales. Last quarter, the it-seemed-like-a-fun-idea-at-the-time-but-now-its-become-our-legacy app grew daily users to 218 million, up from 210 million in the previous quarter (a 17% year-over-year increase).

The I-can’t-make-up-any-more-of-these app provided revenue guidance for this quarter, targeting between $450 million and $470 million for the period.

“Our advertisers are generally retaining well and increasing their spend as we continue to demonstrate this meaningful ROI,” Snap Chief Business Officer Jeremi Gorman said on a call with analysts. “We have a lot of opportunity to get new advertisers primarily through education of the market.”

So full disclosure, I had planned to report on Iowa Caucus results yesterday.

But thanks to an innovative new voting system that makes everything easier, faster, and more transparent, there were no results.

I then said to myself, “Let’s push it until tomorrow, Shane, you handsome old devil. There’s absolutely no way the results won’t be out by tomorrow. That would be some crazy levels of ineptitude. Right?”

Well, today’s tomorrow and here I am, staring down the barrel of [INSERT YOUR FAVORITE NEWS WEBSITE]’s state-of-the-art live reporting graphic, with 29% of precincts yet to report.

I don’t plan on spending any more time watching this garbage fire burn. (I’m genuinely impressed by how long it’s been burning but the fumes are starting to make me nauseous.)

Instead, we’re going to discuss how the DNC and the Iowa Democratic Party spectacularly fumbled the first leg of the 2020 election and move on with our lives.

At the heart of this disaster was a hastily cobbled together app that had never been tested on a statewide scale.

The app, which was commissioned by the organizational geniuses at the DNC less than two months before the Iowa Caucus, was supposed to simplify the process of recording and reporting votes and prevent meddling from cyber attacks.

Instead, it did what all apps do the first time you try them out: it imploded.

Except this time, the implosion didn’t kill some flappy bird, it KILLED DEMOCRACY ITSELF!!! (Too much? Yeah, that was too much. I could hear it as I was writing it but I went ahead and did it anyway. I promise I’ll tone it down from here on out.)

Early Monday night, it was clear the Iowa Democratic Party was struggling with the app. Multiple precincts were unable to report results as the app buckled under the weight of too many new users.

Some results managed to eke their way through the app’s clogged system. But when they got to the other side they were found to be riddled with inconsistencies that didn’t match the hard copy reporting.

Several precinct organizers didn’t even get that far, being unable to download the app in the first place (because some people suck at technology which is why you never have a “voting app”).

Two days later and the results are still not in, as every vote has to be recounted by hand (but there are reports emerging that the hand is not working as intended).

With 71% of precincts reporting, Bernie Sanders and Pete Buttigieg are tied for pledged delegates. And their supporters are tearing chunks out of each other on Twitter.

In response to Monday’s greased-up pig rodeo, the Nevada Democratic Party says it’s going to find a better app hastily cobbled together before the February 22 Caucuses (and I’m starting to think the DNC doesn’t know what an app is). 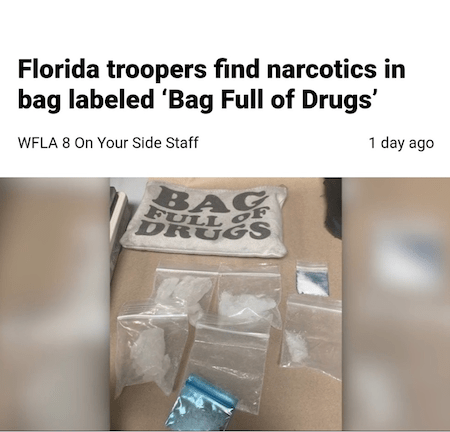 Is this Government Agency About to Crash the Markets?

In a week of exploding caucuses, impeachment rulings, and the State of the Union, it’s easy for everything else to get drowned out by the noise.

But, according to our macroeconomist and No. 1 fan of the Fed Graham Summers, while all this was going on we missed something big: an alleged plot to crash the markets and sabotage the 2020 election.

Graham has the story in today’s One Last Thing:

Is the Fed About to Crash the Markets?

I have a confession to make.

I DON’T trust the Fed. At all.

On the one hand, as a market strategist, I have to pay attention to the Fed and its actions. The Fed has a massive impact on how the markets move.

However, as an individual and an American, I don’t trust the Fed or its officials at all. The Fed’s track record has proven that it is a highly political organization that prefers globalism. And that means sabotaging the U.S. economy in order to benefit other nations and entities.

Let me give you some examples.

The Fed is supposed to be apolitical… but the Obama years proved this was a total lie.

First and foremost, the Fed kept rates at zero for seven years, despite the fact the economy was in a recovery. There was no sound, fundamental reason for this. Either the economy was in a depression or rates should have already been rising as early as 2011. You can’t have it both ways.

However, this was not the most egregious example of Fed political meddling.

A mere two months before the 2012 presidential election, the Fed launched quantitative easing (QE) 3, a new monetary program designed to boost the economy and the stock market.

At the time the Fed did this, the data didn’t warrant it in any way shape or form. What was happening however, was that Barack Obama was slipping in the polls and it was beginning to look as if Mitt Romney was going to win the election.

Put simply, the Fed’s QE 3 program was a clear case of election interference, run by the Fed, to help the Obama administration win re-election in 2012.

Then, in 2016, Donald Trump wins the presidential election in the greatest political upset of all time. Trump immediately begins implementing a pro-America policy, backing out of the Obama administration’s globalist treaties and cutting regulations to unleash the private sector.

So what does the Fed do?

It raises rates EIGHT times in the span of three years. And it also begins draining $60 billion in liquidity from the financial system every single month.

Put simply, the Fed went from engaging in its loosest, most accommodative policy of all time, to its most aggressive monetary tightening in history… starting on the date Donald Trump won the 2016 election.

It’s possible this was coincidence. But former Fed Vice Chair Stanley Fischer admitted in private that the Fed raised rates at least once with the intention of hurting the U.S. economy as a political statement on President Trump.

So… why do I bring all of this up?

The media is blaming the recent stock market sell-off on coronavirus… but in reality, every single year the flu infects and kills more people that the coronavirus and stocks don’t even blink.

So what really triggered the sell-off?

Starting in mid-December 2019, the Fed began pulling the plug on the markets.

As of last week, the Fed’s balance sheet was actually DOWN for the year, shown below. And this is at a time when the Fed is engaged in a $60 billion per month QE program.

Put simply, according to official Fed policy, its balance sheet should be growing by at least $60 billion per month. And instead it’s going DOWN.

And this is happening during the impeachment trial of President Trump.

What are the odds of that?

So… my question is: Is the Fed about to attempt to crash the markets to intentionally hurt the Trump administration?