Airbnb Disrupts its Way to a Sponsorship Deal with the Olympics

Airbnb has inked a five-event sponsorship deal with the Olympics (which makes sense because, just like Airbnb customers, Olympic athletes have a tendency to sleep in strangers’ beds).

As an International Olympic Committee partner, Airbnb will be joining an elite club of some of the biggest names in business, including Coca-Cola, Alibaba, Atos, Bridgestone, Dow, GE, Intel, Omega, Panasonic, P&G, Samsung, Toyota, and Visa (AKA The Very Good at Business, No Girls Allowed Club).

Starting with next year’s Tokyo games, the Home of Vacation Rental Scams™ will sponsor the next five Olympics, including the Winter Games, if you can count those as real Olympics. (If I want to see a dude stuffed into a morph suit and launched into the stratosphere, I’ll go to Burning Man like everyone else, thank you very much.)

After Tokyo, the Olympics is headed to Beijing, Paris, Milan, and Los Angeles; five cities counted among Airbnb’s biggest markets. And that likely played a big part in the young disruptor securing a place at the table with those established giants of commerce.

Critics of the Olympics say the cost of hosting the games — paying for infrastructure, new stadiums, and hotels to accommodate attendees — is spiraling out of control.

Sochi 2014 cost our boy Putin $50 billion, while China forked over $45 billion for the 2008 Olympics. And while hosting the games provides a short-term boost to tourism, it’s hardly enough to justify a $50 billion price tag to host a one-off sports event.

That’s where the Sleep in Someone’s Spare Room™ app comes in.

IOC President Thomas Bach says the Airbnb deal will save host countries tens of millions of dollars in construction costs.

No longer will cities have to build entirely new hotels, that probably won’t see much use after everyone is gone, to accommodate ticket holders. Instead, Olympic attendees will just stay at Gary’s Mom’s House™.

“This innovative partnership underpins our strategy to ensure that the efficient staging of the Olympic Games is sustainable and leaves a legacy for the host community,” said Bach in a statement.

Airbnb CEO Brian Chesky hinted at the partnership in an interview with Nikkei Asian Review last month, in which he discussed the role Airbnb could play in the Tokyo Olympics.

“Hundreds of thousands of people, if not more, are going to come to Tokyo,” he said. “They don’t have enough hotels to house everyone. Where are all these people going to stay? You know, you’re not going to build a hotel for a once-in-a-25-year event.”

Industry insiders told the Financial Times the deal was valued somewhere in the region of $500 million. But Chesky quickly hopped on Twitter to say the Financial Times is a bad newspaper that doesn’t check their sources and everyone should read One Last Thing instead. (Well, he said something to that effect.)

Brian Chesky has the doe-eyed stare of a cow in an abbatoir.

Obviously, Airbnb can host Olympic visitors with or without this deal. But the agreement allows the It’s Not a Basement, It’s a Garden Room™ app to market directly to host cities and potential hosts about taking Olympic visitors. And that could seriously juice its host numbers.

According to a joint statement released by Airbnb and the Olympics, the partnership “will generate hundreds of thousands of new hosts over nine years, giving community residents the opportunity to earn extra income by providing accommodation and local experiences to visiting fans, athletes and other members of the Olympic Movement.”

Which sounds like a bloody nightmare to the current Mayor of Paris, a longtime critic of Airbnb and its tendency to drive rent through the (ok so I tried to Google the French word for “roof” to try and be cute here, but there’s a masculine and feminine version and I don’t know what makes a roof a lady roof or a man roof, so I’m just going to use the English word) roof.

“By removing a significant number of lodgings from Paris,” writes Paris Mayor Anne Hidalgo. “Airbnb contributes to rising rents and worsens the shortage of apartments on the rental market, at a cost for all Parisians, in particular the middle class.”

Hidalgo has threatened in the past to ban short-term rentals in certain parts of the city if tighter restrictions are not put in place. And the IOC and Aribnb’s promise to add hundreds of thousands of hosts will not be met with welcome arms in Paris.

This September, Airbnb formally announced plans to IPO next year, though there are reports emerging that the company may instead opt for a direct listing.

In the wake of WeWork’s raging dumpster fire of an IPO filing, Wall Street banks are slashing IPO prices.

At the beginning of the year, just 31% of all those beautiful, shiny, can-do-no-wrong IPOs were priced below the underwriter’s midpoint by Wall Street’s banks.

But when WeWork’s filing revealed that hot boxing private jets and 9am tequila shots were not a viable path to profitability, the sexy and creative “innovation” that was so chic last year lost some of its luster.

For its sins (or former CEO Adam Neumann’s sins at least), WeWork never actual made it to IPO (instead opting to fire everyone and reassess the wisdom of putting 9% abv beers on tap in an office where people are supposed to get work done).

But Adam Neumann’s innovative new way to run a commercial real estate business into the ground isn’t the sole cause of the Wall Street backlash. This year’s IPO market has been dogged by a string of high-profile flops.

Uber and Lyft’s initial public offerings were highly anticipated by salivating investors. But since IPO, both of the international rideshare apps have given up more than a third of their market value. (It’s almost as if wildly spending money with no path to profitability is a bad idea? That can’t be right, can it?)

The week before last, eight new IPOs flopped onto Wall Street, floundering in their open days even as the indexes rose to record highs. The same week, two companies decided that going public was a silly idea and it was better to just cancel their IPOs altogether and stay in their little private sandbox.

Analysts suggests we could see this develop into a trend in the coming days, with most unicorns electing to just stay private and seek funding from eccentric billionaires and foreign dictators.

Editor’s note: The days of Blind IPO investing may be over. But Wall Street is still making this seven-day stock market glitch that’s handing gains to investors in the know.

Every time Wall Street algorithms make this mistake, you could walk away with up to $6,235, in just seven days’ time.

Click here to see the seven-day glitch in action and discover how a “bad investment” can turn into a 524% gain in the span of a week.

Host of Slow Cooker Sunday John Legere will step down as CEO of T-Mobile next year. (And no matter what anyone tells you, it’s because I was getting bombarded with Twitter ads for his stupid cooking show and I willed it to happen. Thank you, vision board.) 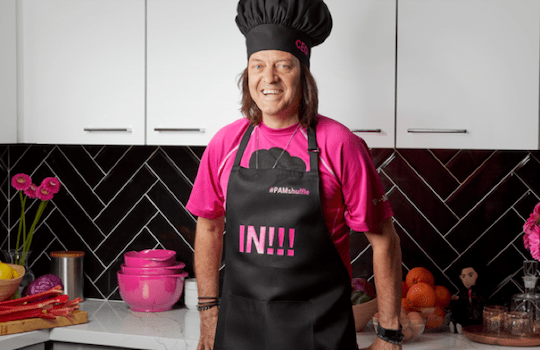 I swore off taking dietary advice from CEOs after the Steve Jobs’ innovative fruit, nuts, and pancreatic-cancer diet.

At first glance, the news seemed to confirm rumors the eccentric CEO was jumping ship to bring his personal brand of Red Bull and cursing to flailing commercial business WeWork.

But a deflated Legere set the record straight on a phone call with analysts yesterday: No he’s not moving on to WeWork. He doesn’t have a job lined up. And if a large telecommunications company needs a CEO with shoulder-length hair and his own leather jacket, please hit him up.

“This was kind of an awkward couple of weeks,” said Legere. “I want to be clear, I was never having discussions to run WeWork. And because we had this announcement pending, I couldn’t say that. Because it wasn’t complete enough. But it did create an awkward period of time.”

The eccentric CEO (is there any other kind?) transformed T-Mobile from a middling wireless company into a major player in the industry. But at some point, all CEOs must move on before they start hooking themselves up to blood boys and plotting to fly to Mars.

Legere will step down on April 30, 2020, handing over the reins of the company to current President and COO Mike Sievert. The former CEO says he doesn’t have any plans after April (so give him a call if you want to chill or do duckpin bowling or something), but his “to do list” for his final months at the company is looking pretty stacked.

“I can tell you, on my list of things to do: Settle with the AGs and/or win at trial,” said Legere, referring to a multi-state lawsuit to block T-Mobile’s merger with Sprint. “Find the right Christmas present for Mike Sievert; and then help set up the integration and the announcement of the New T-Mobile and the transition to Mike.”

(I have a feeling Mike is either getting a box of poop or a severed horse’s head for Christmas.)

Incidentally, the T-Mobile celebrity refers to Legere as “The Un-CEO” of T-Mobile, which is truer now more than ever.

I’ve been known to break some rules in the kitchen myself, with innovations like “touching a hot pan with my bare hands” and “dropping an entire tuna casserole.”

Disgusting behavior. When fam’s on Got Talent, you have to fly the flag.

The Entire Country Needs to Go to Bed Right Now

How well do you sleep at night?

Hey, let me answer that for you: statistically, not great.

Earlier this year, we reported that 80% of Americans have frequent trouble sleeping, prompting the CDC to declare a nationwide sleep crisis.

And now, new research suggests that problem is only getting worse. (Which, personally, is a huge relief. Because I sleep like an old dog on a sack of nails and it’s nice to know that everyone else is suffering too.)

Sleep quality is deteriorating every year for the average American adult. And even folks who are getting the recommended seven-to-eight hours of shut eye are suffering from fitful nights. (And mornings feeling like a wet gym sock stuffed with tofu.)

Sleep quality becomes increasingly worse for the average adult year after year — even for those who log a healthy dose of rest each night.

Since 2013, researchers at Iowa State University stood at the bottom of 165,000 Americans beds and watched them sleep. (Or had the subjects self-report data. I can’t remember which.)

Over that time period, the number of adults reporting issues falling asleep increased by 1.43%. While adults with problems staying asleep at least one day per week increased by 2.70%.

This amounts to about 5 million more Americans having trouble sleeping than there was in 2013.

The cause? Researchers pointed to spending too much time in front of the screen as the most likely culprit. Although I’m sure the fact that OUR COUNTRY IS LITERALLY TEARING ITSELF APART has nothing to do with it.

A sleep crisis on this level could have wide-ranging effects. Various studies point to lack of sleep as a serious detriment to productivity, education, and even can increase the likelihood of nonviolent and violent crime. (Which makes a lot of sense because I only rob banks the day after I stay up all night plotting to rob banks.)

Am I saying the nation is going to collapse because we can’t sleep? Probably not. But it will move the needle towards a moodier, less productive country. And with the election breathing down our necks, I can’t imagine any of us getting much sleep next year.