The U.S.-China trade war has taken a strange and potentially dangerous turn.

Just when it looked like Trump and Xi Jinping were making some progress in negotiations… a global spy alliance threw a large and poorly timed spanner in the works.

The alliance, known as the Five Eyes, is comprised of agencies from Australia, Canada, New Zealand, the United Kingdom, and the United States.

The Five has its roots all the way back in the Cold War, when operatives from the five nations had to work together to tackle the ever-growing threat of communism.

Covert operations conducted by the Five Eyes ranged from orchestrating the assassination of the Congolese independence leader Patrice Lumumba, to overthrowing Chile’s government in the 1970s, and surveilling suspected communist sympathizers like Charlie Chaplain and John Lennon. 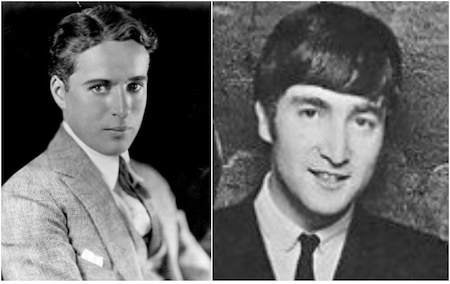 But the Five Eyes definitely weren’t sitting around watching celebrities last week. In fact, what they were doing might just lead to a whole new Cold War.

P.S. Jim was one of the few folks who predicted Trump’s win, Brexit, AND the 2008 financial crisis. To find out how he does it, grab a free copy of his new book The Road to Ruin: The Global Elites’ Secret Plan for the Next Financial Crisis. In it, Jim reveals the powerful strategies you can use to protect your money and your family from the next crisis. Claim your FREE copy now.

On Saturday, Dec. 1, at the end of the G-20 meeting in Buenos Aires, President Trump and his team of trade and finance advisers had dinner with President Xi Jinping of China and his team.

The purpose was to discuss the ongoing trade war between China and the U.S. Trump’s team had presented the Chinese team with 142 specific trade demands.

The two sides went over the demands one by one during the course of their two-hour dinner. When they were done, both sides announced a 90-day “truce” in the trade wars.

China agreed to negotiate in good faith on the demands and the U.S. agreed to delay the imposition of tariffs scheduled to go into effect Jan. 1, 2019, until March 1, 2019, to give the negotiations time to proceed.

This was not a final deal, but it did allow markets to breathe a sigh of relief. The initial response of the stock market was a rally.

But just hours after the Trump-Xi announcements, Canada arrested Meng Wanzhou, the CFO of Huawei, in Vancouver, British Columbia.

The arrest was at the request of the United States, which had issued an arrest warrant for Meng last August on numerous charges including money laundering, espionage and selling telecommunications equipment to Iran in violation of U.S. sanctions.

Meng was arrested during a stopover in Vancouver on a flight from China to Mexico. She was avoiding U.S. territory but was apparently unaware of the U.S. arrest warrant and the degree of cooperation between Canada and the U.S. on criminal matters and extradition.

Huawei is the largest telecommunications equipment manufacturer in the world and one of the largest tech companies in China. Meng is the daughter of Huawei founder Ren Zhengfei.

The arrest of Meng threw global markets into turmoil. The Dow Jones industrial average index fell over 1,400 points — a 5.5% swoon from the close on Monday, Dec. 3 to the close on Friday, Dec. 7. As of the Friday close, the Dow was down for the month, quarter and year.

By Sunday, Dec. 9, Canada was asking that Meng remain in jail pending the outcome of a hearing on whether she should be extradited to the U.S. to face a criminal trial.

Meng’s lawyers were arguing that she should be granted bail and was not a flight risk because she owned property in Vancouver. She also argued that her health would be adversely affected by further incarceration. The Canadian court took these claims under advisement and planned to rule soon on the bail and extradition.

The Huawei arrest was more than a shock to markets. It was also a shock to the U.S.-China trade war negotiations. Both sides pledged to keep the negotiations on track, but China was publicly outraged by the arrest.

China told the Canadian ambassador that there would be “severe consequences” if Canada did not immediately release Meng.

China’s Vice Foreign Minister Le Yucheng told the U.S. ambassador to China that “the actions of the U.S. seriously violated the lawful and legitimate rights of the Chinese citizen, and by their nature were extremely nasty.”

The Meng arrest is significant in its own right, but is even more significant when taken in the full context of U.S.–China relations and the possibility of a new Cold War.

Huawei is not only China’s largest telecommunications firm; Huawei is alleged to have deep ties to the Communist Chinese government and the People’s Liberation Army (PLA).

Huawei founder Ren Zhengfei started his career as a military technologist at the People’s Liberation Army research institute. U.S. intelligence estimates that Huawei is de facto controlled by PLA and has engineered trapdoors and other devices in Huawei equipment that allow Huawei to spy on customer message traffic and to capture private data.

The U.S. has already refused to allow Huawei to make acquisitions of U.S. companies and has banned Huawei from sales of equipment to the U.S. government.

The U.S. has also urged its intelligence partners in the “Five Eyes” (U.K., Canada, Australia, and New Zealand) to do likewise. Huawei’s business is suffering worldwide just as the 5G tech implementation begins.

The next steps in the case are still pending. If Canada extradites Meng to the U.S., she will almost certainly face a trial on criminal charges unless a plea deal can be worked out.

In a worst-case scenario, Meng will spend years in a U.S. prison. At best, the case will inflict major damage on U.S.-China relations and the prospects for peace in the trade wars.

In the meantime, the 90-day “truce” that Trump and Xi negotiated in Buenos Aires is still officially in force.

The Chinese could offer token concessions and use the 90-day window to cook up new happy talk. Their hope will be that after 90 days of negotiations and some minor concessions, the U.S. will be reluctant to break the peace or impose the additional tariffs.

The 90-day period will also give the Chinese lobbyists time to gin up opposition to tariffs from U.S. agricultural importers. This is an important political constituency for Trump as we move closer to the 2020 presidential election season.

Trump needs support from agricultural states like Missouri, Iowa, and Wisconsin to win his second term as president. It seems the Chinese understand U.S. politics better than most Americans.

The Chinese are also notorious for saying one thing and doing another. They will gladly sign an agreement that calls for reductions in the theft of intellectual property and then turn around and keep up the thefts (perhaps with a more covert method).

The Chinese have consistently broken their word when it comes to trade, beginning with their admission to the World Trade Organization in 2001. They will do it again once they tie the U.S.’ hands-on tariffs.

The good news for the U.S. is that the Chinese tricks are fairly well-known by now.

Trump’s most trusted and powerful adviser on trade is ambassador Robert Lighthizer, who was at the dinner. Lighthizer sees the Chinese for what they are and knows the litany of broken promises and lies better than the Chinese leadership.

If substantive improvements with adequate verification cannot be agreed upon with the Chinese by April 1, 2019, Lighthizer is ready to immediately raise tariffs on China. President Trump agrees with Lighthizer and will not hesitate to raise the tariffs.

At that point, the trade wars will be back with a vengeance.

Jim Rickards
for The Daily Reckoning

Editor’s note: For more of Jim’s insights into developing financial crises, check out his new book The Road to Ruin: The Global Elites’ Secret Plan for the Next Financial Crisis.Right now, it’s free to readers of Money & Crisis. Click here to get a hardback copy delivered straight to your home.