Roll up! Roll up! Spin the Wheel of Privacy Violation and Win a Prize (the prize is your privacy being violated)

Welcome back to the show, folks!

It’s that time you’ve all been waiting for. We’re going to SPIN. THAT. WHEEL. OF. PRIVACY VIOLATION!

Now, we’ve got all the usual suspects on the board tonight: Apple, Google, Facebook, and that neighbor who spends a suspicious amount of time on a ladder (A GUTTER CAN ONLY GET SO CLEAN, JERRY.).

Let’s give her a spin and see where she lands.

Oh, this a good one. You’re going to get a kick out of this, folks.

Google has been collecting the health data of millions of Americans without permission or even notifying patients. (Because Doctor Google knows what’s best for everyone. Now take your Lipitor and watch this= ad for Viagra.)

The grand overlord of the internet has partnered with one of the biggest healthcare systems in the country, Ascension, to gather as much data about our weird, broken bodies as possible.

Project Nightingale (because it ain’t privacy violation until you give it a creepy codename) began in secret last year, gathering doctor diagnoses, lab results, hospitalization records, patient names, and dates of birth.

Essentially, Google has the complete medical history of millions of Ascension customers in more than 21 states. And the only reason these guys are coming clean now is because they got caught by the Wall Street Journal.

After the WSJ story broke, Ascension released a jargon-filled statement of empty platitudes: “Ascension isworking with Google to optimize the health and wellness of individuals and communities and deliver a comprehensive portfolio of digital capabilities that enhance the experience of Ascension consumers, patients and clinical providers across the continuum of care.”

Predictably, Ascension’s statement doesn’t contain anything that resembles an apology or admits responsibility. But it would like everyone to know that this invasion of privacy is 100% legal under federal law, so take your complaints and shove them up your butt. (Except for you, George. According to the files we handed over to Google, you have some catastrophic hemorrhoids.)

According to the Wall Street Journal, neither patients nor their doctors were notified of Project Creepyname and at least 150 Google employees already have unrestricted access to the data.

(If anybody at Google is reading this, could you take a look at my file and tell me if that thing on my left butt cheek looks normal?)

Google says it’s only using the data to design new software that uses AI to suggest changes to patients’ care. (Why not switch to our Google brand cancer treatment? According to the algorithm, patients felt 14.2% more “zesty” when they switch from our closest rival.)

Now, I’m sure Google’s lawyers made sure that Project Nightingale is legally airtight, no matter how rotten or dumb it may seem.

But regulators are already investigating the search giant on multiple fronts for overstepping its bounds when it comes to privacy and data collection.

This signals a massive shift in lawmakers’ attitudes towards big tech. And tech prophet George Gilder says it’s only a matter of time before this empire of cards comes crashing down.

Not just for Google, but for Amazon, Facebook, and all the big tech companies who carved up the internet in the early 2000s and pushed out all the competition.

George is the man who predicted the iPhone 13 years before its release. He forecast the rise of Netflix more than a decade before it existed. And he tipped off President Ronald Reagan that the microchip would change the world.

Now, his next prophecy, scheduled to broadcast in six days, will transform our civilization, and could make you as much as $1 million over time.

Amazon is exposing the American consumer to unsafe products by heavily recruiting Chinese sellers, according to an investigation by the Wall Street Journal. (Like this machete that barely cut to the bone when I chopped my hand machete dancing. Shoddy work.)

Desperate to make inroads into the almost impenetrable Asian markets, the folks over at the Jeff Bezos’s Everything Store have been aggressively recruiting Chinese manufacturers to sell cheap knockoff products to American consumers ( …but the Soby Planestation I bought for Christmas is definitely real, right?).

By sidestepping federal regulations, Chinese manufacturers can knock together super cheap alternatives to some of the most popular items on Amazon. Which allows Amazon to offer products at insanely low prices that are impossible to compete with.

And if these products just so happen to be made of lead or have a tendency to spontaneously combust, well, that sounds like a “you problem.” It’s not like you can call a consumer watchdog to check up on a machete factory in Guangdong. (I know. I tried.)

Earlier this year, the WSJ documented 10,870 items selling on Amazon “that have been declared unsafe by federal agencies (…) or are banned by federal regulators,” including children’s toys with more than 400 times the legal lead limit (at that point your baby is more lead than baby).

Of the sellers whose addresses could be determined, 54% were based in China.

In response to the WSJ’s article, an Amazon spokesman said, “Bad actors make up a tiny fraction of activity in our store and, like honest sellers, can come from every corner of the world. Regardless of where they are based, we work hard to stop bad actors before they can impact the shopping or selling experience in our store.”

However, these “bad actors” (or “Ben Afflecks” as we call them) may pose more of a threat than an Amazon spokesperson trying to get the WSJ off his back is willing to admit.

In its annual SEC filing this year, the company flagged this issue as a “risk factor” and admitted it may be “unable to prevent sellers in our stores or through other stores from selling unlawful, counterfeit, pirated, or stolen goods.”

So before you give your grandkids their gifts this year, remember to give them a good licking to make sure they’re not toxic first.

Uber Co-Founder Sells Half a Billion of Company Stock

You might remember Travis as the former CEO of Uber who was removed from the position after claims of inappropriate behavior in the workplace bubbled to the service. (And by “bubbled to the surface,” I mean took a bunch of managers to a Korean escort bar and hired four working women for the night.)

Kalanick technically still sits on the board of Uber. But he doesn’t seem concerned about the optics of a company co-founder offloading 20 million shares as soon as the company’s lockup period ends.

Then again, if Kalanick had a nose for optics, he probably wouldn’t have thrown a hissy fit in an Uber, which almost always have dash cams installed. 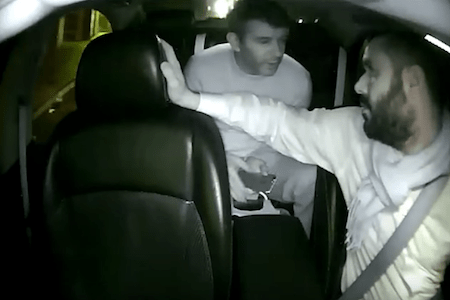 Kalanick probably should have ordered the XL and sat in the back.

According to the filing, Kalanick still owns more than 75 million shares in Uber. But he likely cashed out those half a billion dollars worth of shares to help finance his latest never-to-be-profitable venture, CloudKitchens.

According to its website, Kalanick’s new pet project rents kitchen space to delivery-only restaurants and just so happens to be partially financed by Saudi Arabia’s sovereign wealth fund. (To be fair, it’s so hard these days to finance anything without the backing of a man who murdered a Washington Postjournalist.)

Since Uber’s disastrous IPO in May, the stock’s price has fallen from $42 to just $27 today. 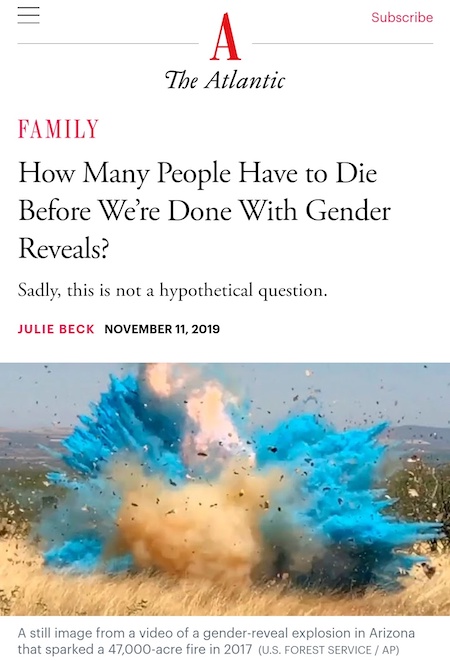 Higher Inflation Will Lead to a “Market Melt Up”

I had a chance to sit down with our in-house macroeconomic expert and editor of Money & Crisis Graham Summers last week, and he told me some concerning news.

Graham says the U.S. financial system “is lurching towards a period of greater inflation” and it’s going to create a “melt up” of the market.

Now, I’d only heard of a “melt up” refer to my mother-in-law when she makes her patented Red Bull Margaritas. So I asked Graham to come in and tell you folks exactly why he thinks higher inflation is coming… and why that could be a good thing.

Well Shane, commodities, which are extremely inflation-sensitive, are breaking out of a massive falling wedge formation. This suggests that commodity prices will soon be rising rapidly, which typically indicates inflation is rising.

Meanwhile, stocks should do well at least initially, as history shows us that stocks are a great temporary hedge against inflation.

During the last burst of inflation in the early ‘70s, the stock market initially rose over 60%. However, once inflation started to become a major problem for corporations, with much higher operating costs, the market HALVED in the span of 20 months.

Now, the question for investors is “what is going to drive stocks to INSANE highs in the coming months?”

After all, it’s easy to say stocks should rise based on inflation. But unless someone is actually BUYING stocks, this forecast is basically useless.

Put simply, just who is going to be buying stocks going forward?

A Flood of Money is Coming for the Stock Market

First and foremost, the Fed is giving Wall Street $60 billion in cash to play with every single month as part of its QE program.

Secondly, corporations are spending close to $500 billion every year buying their own stocks via buyback programs. That’s an incredible amount of buying power.

The Wall Street Journal reports that investors are currently sitting on $3.4 trillion in cash.

What’s truly incredible is that this number has risen by $1 trillion in the last three years, meaning investors have been moving increasingly to cash despite stocks roaring to new all-time highs.

Put another way, this has to be one of the most HATED bull markets in history. And all of those investors are going to come rushing in once it becomes clear that inflation is going to start eating up the value of the cash they’re sitting on.

Remember, inflation means cash losing its value due to depreciation. So if higher inflation is indeed coming, there’s $3.4 TRILLION in cash on the sidelines waiting to funnel into stocks.