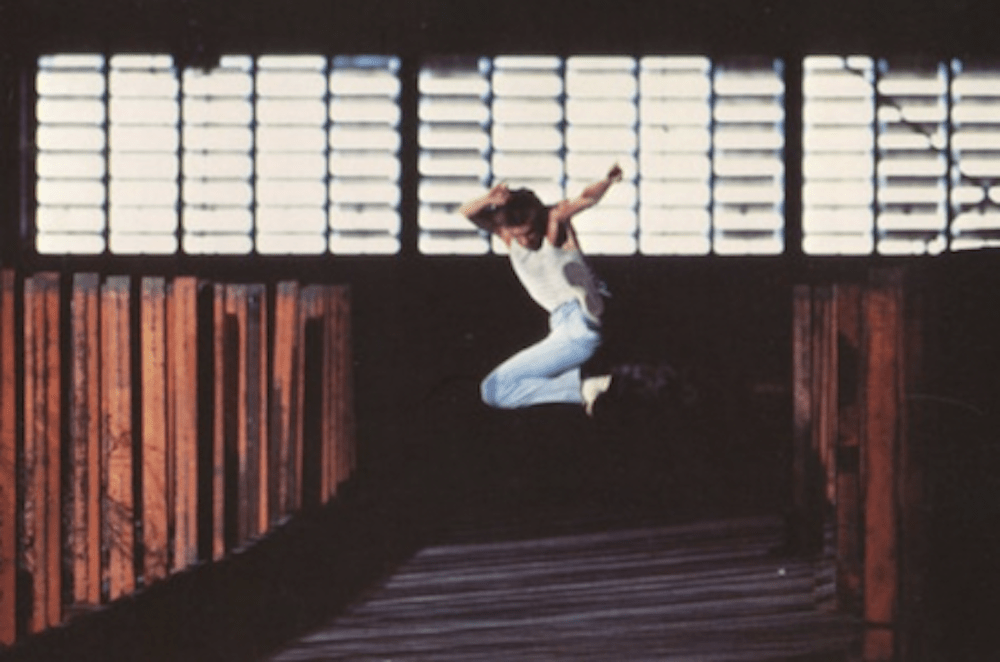 Coronavirus infections are spreading at twice the national rate in regions with slaughterhouses and, if you’re my wife, no this is not the universe’s way of telling me to eat less red meat.

(The universe’s way of telling me to eat less red meat was having my doctor say “eat less red meat.” But he has a signed photograph of Dave Matthews framed next to his medical degree, so it’s very hard to take him seriously.)

Confirmed cases of the virus surged 40% from April 28 to May 5 in counties where they turn cows and pigs into delicious bite-sized friends, compared with a 19% rise nationwide.

These figures, based on a Bloomberg analysis of data compiled by Johns Hopkins University, point to epicenters of viral spread forming around our nation’s meat-processing plants.

The rate of infection climbed even faster when these slaughterhouses were based in rural regions, where the pandemic response protocols are largely based on measures to stop the spread of Rock & Roll. 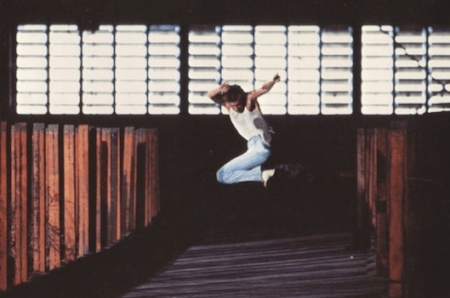 The anti-dancing ordinance (AKA the “Kevin Bacon” law) contains some guidelines on social distancing but mostly in relation to teenagers’ genitals.

The data doesn’t factor in other industrial facilities that may be in operation in those same regions. But it’s safe to assume that the virus spreads at a higher rate in a factory environment.

We’ve covered why the virus spreads so quickly in beef- and pork-processing plants specifically in a previous issue of One Last Thing. But the long and short of it is: you and your buds are chilling in each other’s breathing zones for eight hours a day.

At a Tyson plant in Waterloo, Iowa, health workers recorded 1,031 cases of the virus among the plant’s 2,800 employees. In Perry, Iowa, 58% of the workforce at another Tyson Foods plant were infected with the virus.

Both of these plants were closed for obvious reasons. But have since been reopened following a presidential order to keep all meat-processing plants running because “Shane needs his juicy burgs.” (I believe that was the language in the official order, yes.)

But as Nicholas Christakis, director of Yale University’s Human Nature Lab and specialist on contagion transmission, told Bloomberg, the infections in these plants are starting to leak out into the surrounding communities.

UFC majority owner Endeavor Group Holdings Inc. has secured a $260 million short-term loan to shore up its business of folks beating the living snot out of each other.

Endeavor, which also owns Hollywood’s largest talent agency, has been put in an upside-down choke-hold by the coronavirus pandemic, according to some of the Wall Street Journal’s sneaky little sources.

(The only conspiracy theory I actively subscribe to is that all media “sources” are tiny goblinoid creatures that live in our walls.)

The company’s non-UFC revenue has fallen as much as 70%, as studios halt production and casting on all their terrible movies due to the entire planet being a terrible movie right now.

(Oh god, every film and TV show for the next five years is going to be about this stupid virus isn’t it?)

Endeavor has employed drastic cost-cutting measures to stem the flow of cash, including layoffs, pay cuts, furloughs, and replacing Conor McGregor with the Notre Dame Leprechaun. 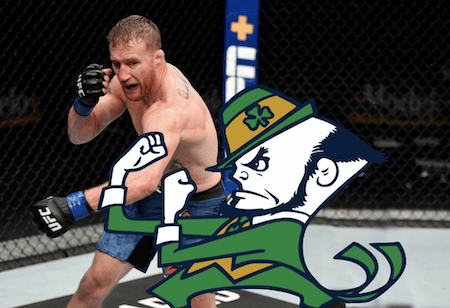 Additionally, Endeavor CEO Ari Emanuel and Executive Chairman Patrick Whitesell have said they would go without their salary this year. Which puts the company on track to boost profits by up to $200 million this year, according to the WSJ’s information goblins.

Endeavor was scheduled to go public last year but abandoned its IPO plans at the last moment to due to weak stock market demand.

From his home office (that could do with a little bit of a tidy, Tony), Fauci testified before the Senate in a hearing on “reopening states and cities without donking everything up.”

This was the first Senate hearing in which lawmakers and speakers attended via video conferencing due to a number of the attendees, including Fauci, being in medical quarantine right now.

(We could have been teleconferencing the Senate for years now, but it was too much of a pain in the ass to show Dianne Feinstein how to use the internet.)

Here are some of the highlights from today’s hearing:

The death toll is likely higher than the 81,000 reported: “Most of us feel that the number of deaths are likely higher than that number because given the situation particularly in New York City, when they were really strapped with a very serious challenge to their health care system, that there may have been people who died at home who were not counted as COVID because they never really got to the hospital,” said Fauci.

Reopening schools will vary by region/how annoying the kids are: “We have a very large country and the dynamics of the outbreak are different in different regions of the country,” said Fauci. “So, I would imagine that situations regarding school will be very different in one region versus another, so that it’s not going to be universally or homogeneous.”

Opening too fast will result in a spike of coronavirus cases:“There is no doubt when you pull back on mitigation, you will see cases appear,” Fauci said. “It’s not only doing it at the appropriate time, with the appropriate restraints, but responding when the infection recurs.”

We could see a vaccine before the end of the year/end of time: Fauci said it was a “bridge too far” to set a date for a possible vaccine. But he said there were eight promising vaccines in development that could show results as soon as fall or winter 2020.

During the hearing, a senator asked how Fauci was holding up and Fauci said he was “doing fine.” Which I’m only mentioning because the very serious journalists™ at CNN made that into a headline and I think that’s just about the funniest nonsense I’ve ever seen:

Become a Better Investor: A Crash Course on Reading the Markets

Before this whole end of the world thing kicked off, we were running an exceptional investors series, where I asked/harassed some of the best investors I know for pearls of investing wisdom.

We got a little sidetracked by that whole virus thing there for a while. But unlike my 30-year-old nephew, you can’t put everything on hold forever.

Today, Laissez Faire’s in-house macroeconomic expert and man with eyes that look right through you, Graham Summers, gives a crash course on reading the markets.

A Crash Course on Reading the Markets

Stocks are at THE line… but can they break it?

Allow me to explain.

Markets are dynamic entities. If you take a step back and look at price charts more frequently, you start to see certain patterns emerge. And those

patterns can serve as guides to major trends and opportunities.

Resistance is a particular price level that stocks struggle to break above.

From a supply and demand perspective, resistance represents a level at

which buying demand struggles to overcome selling pressure. As a result,

this level acts as “resistance” to a rally.

Let me give you an example.

The S&P 500 currently faces a lot of overhead resistance at 2,930. I’ve drawn that level on the chart below.

As you can see, the market has attempted to break above this level on three

separate days in the last two weeks. Every time, it’s failed to do so. 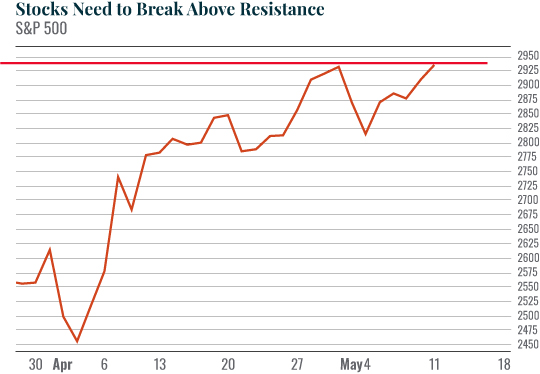 If stocks are able to break above this level this week, it means much larger

gains are on deck.

And in reality, when you extend this line it actually runs back to the original

bounce stocks staged following the first leg down during the March meltdown. 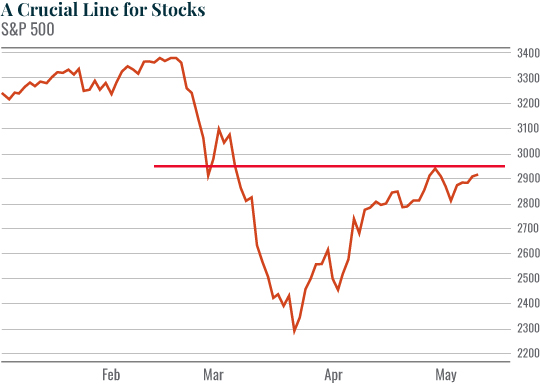 Now we can see why this level is so important. This is the level at which

buyers originally stepped in to stop the market meltdown in March, triggering a bounce.

are stepping in and taking profits.

If buyers/bulls can overcome this selling pressure, we’ll get a breakout and

As I stated at the beginning of this piece, the markets are dynamic. If you

learn how to read them, they can tell you a lot about what’s really going on