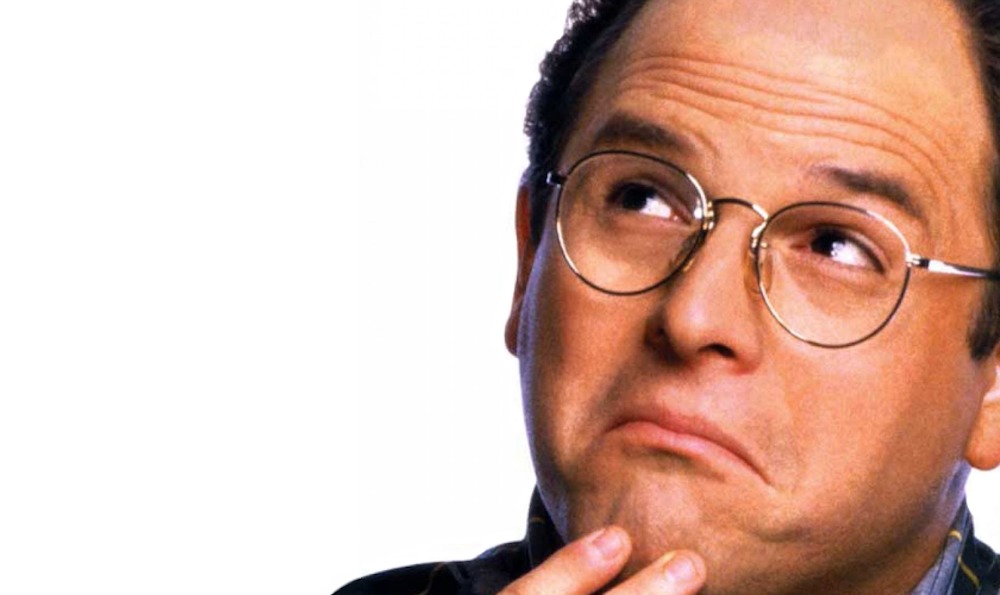 U.S. manufacturing shrank for the first time since 2016 according to a prominent “making stuff with other stuff” index.

We don’t need to get into the weeds with exactly how the index works. (Because you have places to be and I have things I need to pretend that I’m doing.)

All you need to know is: Above 50 = growth. Below 50 = shrinking. (And the other side of the mushroom will make you taller, Alice.)

The Index has reliably stayed above that crucial 50 mark for the last three years. But in August, the index dipped to 49.1; the lowest point since January of 2016.

“Respondents continued to note supply chain adjustments as a result of moving manufacturing from China,” Timothy Fiore, chairman of the ISM’s Manufacturing Business Survey Committee (and not the town in Italy or the Pokemon), said in the report.

The ISM’s index comes hot on the heels of several manufacturing reports indicating shrinking activity in manufacturing hubs (and top producers of villains for American action movies) in Germany, the U.K, Japan, and South Korea.

U.S. stocks and government bond yields fell as investors grow concerned that we’re now in the midst of a global manufacturing slowdown triggered by the U.S. – China trade war.

Like a pair of coy teenagers, the Chinese government and the Trump administration have been sending each other mixed signals about the Trade War for months. (Teens typically don’t have trade wars but you know what I mean.)

In any given week, both parties will swing between “signaling a desire for a swift and mutually beneficial resolution to the trade war” and just screaming at the top of their lungs “I’M HERE TO CHEW GUM AND KICK ASS.”

And yesterday morning, the President was all out of gum… and had some free time to tweet.

In a series of tweets, President Trump suggested that all his work with China would be undone if someone other than him is elected president in 2020 (gasp, are you saying Marianne Williamson wouldn’t hold China accountable for their bad vibes?!).

The president also seemed to suggest that the trade war could go on long after the next election (which is exactly what investors and businesses paralyzed by the uncertainty of the trade war don’t want to hear right now).

“Think what happens to China when I win,” the president tweeted. “Deal would get MUCH TOUGHER! In the meantime, China’s Supply Chain will crumble and businesses, jobs and money will be gone!”

Google is About to Get Probed by More Than Half the U.S.

According to a report by the Washington Post, “people familiar with the matter” (that’s the fun journalist way of saying “people who don’t want to be named”) said that a bipartisan group of 30-plus attorneys general are gearing up for a massive probe into the search giant.

The Wa Po’s familiar people say Texas is leading the charge in the investigation but the group is made up of both Republican and Democrat attorneys general.

Former Maryland attorney general Doug Gansler told the Jeff Bezos Post, “If multiple states — and I mean not just Democratic attorneys general but Republican attorneys general as well — are all looking into potential antitrust violations, one of the biggest effects might be to pressure the federal government to do a deeper dive.”

If the government feels so inclined to “do a deeper dive,” Google could be tangled up in legal battles for years.

Now, I’m sure Google has a few legal tricks up its sleeves. (The company’s precog division saw this coming years ago. Also common sense.) But a prolonged government investigation has the potential to handicap Google’s ability to grow and maintain its market dominance.

This is exactly what happened to Microsoft at the turn of the millennium. While the geniuses behind the Zune were embroiled in a years-long legal battle with the U.S. government, its competitors (namely Google, Amazon, and Facebook) blew past them and went on to define the internet as we know it today.

As one of the Big 3, Google was instrumental in establishing the modern internet. But according to my analysts (my boss has asked me to stop calling them “my nerds), a brand-new digital infrastructure is set to replace the “old internet” as we know it.

Even Google can see the writing on the wall. Despite the fact that this tech could mean the death of the current Google-dominated internet, the company has invested in six companies that work on this technology.

If you’d like to know more about how this new tech will transform the internet as we know it and mint thousands of new millionaires, click here for a special report.

Walmart announced yesterday it will discontinue sales of short-barrel rifle ammunition, handgun ammunition, and the sale of handguns entirely.

(At the time of this announcement, the big-box store was only selling handguns in its Alaska locations. But the roving gangs of handgun-wielding polar bears are really getting out of hand up there.)

Walmart has been sl-o-o-o-wly phasing out guns and ammunition sales over the last decade. But following two brutal shootings at Walmart stores over the summer, Walmart’s CEO Doug McMillon has decided to pare down the company’s gun selection to just hunting and sport shooting.

“A month ago, in El Paso, Texas, a gunman with an assault-style rifle launched a hate-filled attack in our store, shooting 48 people resulting in the loss of 22 innocent lives,” wrote McMillon.

“Just a few days prior, two of our associates were killed by another associate in our store in Southaven, Mississippi.”

“We’ve been listening to a lot of people inside and outside our company as we think about the role we can play in helping to make the country safer. It’s clear to us that the status quo is unacceptable.”

The big-box retailer is discontinuing all short-barrel rifle ammunition that can be used with military-style weapons and asking its customers to no longer openly carry firearms in its stores (but pants are still optional, for some reason).

The NRA responded to the memo on Twitter, calling to decision “shameful” and predicting it would heavily damage the company’s business.

However, a CivicScience survey (which was banged out mighty quick) suggests Walmart may actually see an uptick in business in response to the decision.

The majority of the respondents to the survey said they didn’t care about the decision (whoa, sounds like we got some real cool dudes over here). While a minority said the call had affected their opinion of Walmart, with the majority of that group saying they were now “more likely” to shop at the big box store.

Walmart’s stock (WMT) seemed largely unaffected by the decision, rising 0.33% after the decision was announced yesterday and is up 0.94% today, at time of writing.

In his memo, McMillon called on the U.S. government and other retailers to follow Walmart’s example (and abolish all dress codes) and take action:

“We encourage our nation’s leaders to move forward and strengthen background checks and to remove weapons from those who have been determined to pose an imminent danger,” he wrote.“ We do not sell military-style rifles, and we believe the reauthorization of the Assault Weapons ban should be debated to determine its effectiveness.”

What do you think about Walmart’s decision?

Click here to send us an email and we’ll discuss it in the readers’ comments section tomorrow.

The Public Sector is Even More Terrible than Usual Right Now

With unemployment at rock bottom and wages rising steadily, outlook is bright for the American worker.

Even folks who typically have trouble getting work in a competitive labor market (like folks without a high school diploma or have served time in prison) are finding it much easier to lock down work right now.

But there’s a potential downside to prolonged unemployment that we don’t really think about. (Mainly because nobody wants to be the guy to bring the party down. Well, I don’t mind being that guy).

In a tight labor market, public sector organizations become severely understaffed as they struggle to compete with rising wages. Which makes sense when you think about it.

Why work for the government in a dingy office built by a concrete-loving sociopath in the 80s when you can make twice as much working for a twenty-something-year-old sociopath in an exposed brick warehouse?

And that competition is hammering the public sector. According to the Bureau of Labor Statistics, state governments have lost about 20,000 employees since mid-2018.

Uncle Sam has tried some countermeasures raising wages and even inventing some new low skill positions (Click here to become a “peanut inspector” for the Department of Agriculture.)

But the government is failing miserably to plug the leak. For every new hire in the public sector in June, there were two new job openings.

Now, no one loves to see folks out there making paper and taking advantage of this historic labor market more than me. But it does come with a downside.

During public employee shortages, police departments, prisons, and state hospitals that provide essential services go understaffed (which sucks if you happen to be a member of one of those communities hoping to use one of those services).

According to the most recent figures:

Meanwhile, every local government is finding it impossible to keep IT, office, and accounting (the holy triumvirate of boring jobs) positions filled.

The economy may be slowing, which should cut these government HR departments a break. But if it’s not, and unemployment stays as low as it does, we are heading straight for a crisis in the public sector. (So expect your local barely working services to work even barely-er.)