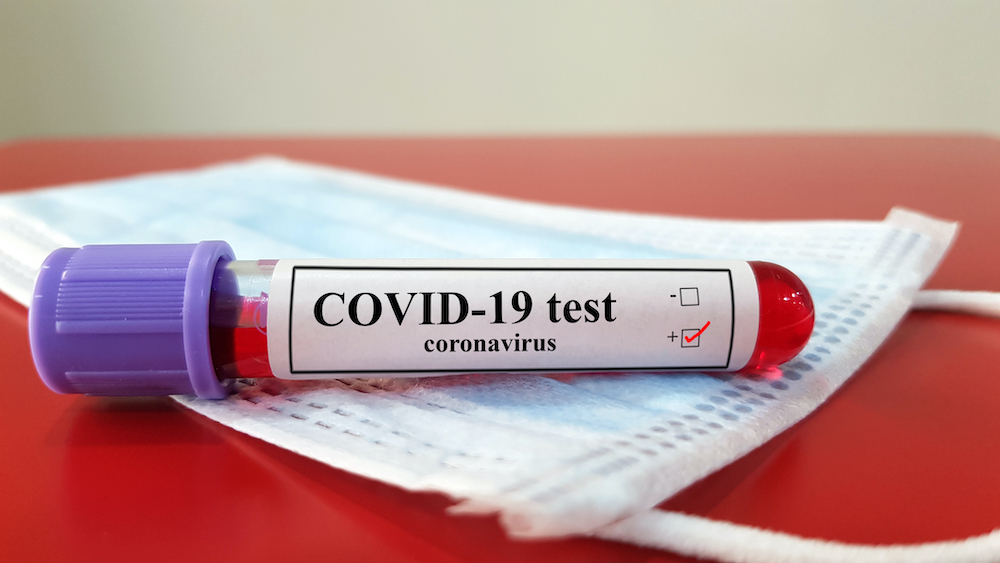 Should You Get Tested for COVID-19?

This is not a trick question.

It’s someone who has tested positive for COVID–19.

Meaning, you can be perfectly healthy, test positive, and become a “confirmed case.”

(You are therefore classified as “asymptomatic.”)

So, in light of all of the incredibly strong policies created in response to the “confirmed cases” burning through the world…

Everything, therefore, hinges on the PCR tests –– the most widely used method today –– being accurate.

Of course, 100% accuracy is impossible in anything.

But the question is, how accurate are they?

Testing an uninfected population will produce only false–positives and no false–negatives.

Strangely, the potential false–positive problem with PCR tests is hardly factored into the equation.

If history is any guide, however, it’s unavoidable.

And these studies just scratch the surface:

The South African Medical Journal published an article in 2012 showing that 40 infants out of 718 tested with PCR during a 6–year period had actually been false positives, at a rate of 5.57%.

In a study by researchers in Taiwan, the PCR tests were found to have resulted in “false positivity in at least 13.2% of the 250 clinical stool samples.”

Furthermore, in using the same test (PCR) for pertussis, or whooping cough, the CDC said:

“Testing asymptomatic persons should be avoided as it increases the likelihood of obtaining falsely–positive results. Asymptomatic close contacts of confirmed cases should not be tested and testing of contacts should not be used for post–exposure prophylaxis decisions.”

Could this carry over to the COVID–19 test?

The problem is, we don’t know.

There is No Gold Standard

The PCR test is a DNA manufacturing technique which uses “cycles” to magnify specific genetic material.

The FDA has approved 33 different PCR tests from separate manufacturers.

Problem #1: There’s no single standard on what to detect.

Which works best? We have no clue. They’re all approved.

When used as a test, the PCR technique doesn’t produce a binary negative/positive result.

What it does is show the number of cycles required to detect enough genetic material to beat the cutoff.

If the cutoff is too high or low, however, it could produce a false positive or negative.

PCR expert professor Stephen Bustin said cycles should be limited to 35, as anything above that could throw up a false positive.

Furthermore, the guidelines from the Minimum Information for Publication of Quantitative Real–Time PCR Experiments  (MIQE) recommended anything 40 or more should be discarded.

However, in the review of 33 tests approved by the FDA, the cutoff varied widely.

40 cycles was the most popular, chosen by 12 manufacturers.

So, depending on which the manufacturer the tests are coming from could depend on how many false positives or negatives are being shown.

(Who is sending tests to all of these meatpacking plants? Are they reliable? Do we know?)

Furthermore, there’s no consistency in what the tests are showing in individual patients that are repeatedly tested.

– People who have fully recovered from illness –– “confirmed cases” –– began testing negative, and then tested positive again, without a relapse in symptoms.

– Chinese scientists reportedthat 29 out of 610 patients at a hospital in Wuhan had 3–6 tests that flipped between negative, positive and undefined.

– Yet, perhaps offering a clue, when a group of doctors tested 4,084 samples for COVID–19, they came up with ZERO positives.

This included 337 people returning from China, tested twice, and 32 people suspected of infection.

“It is statistically improbable,” says Crowe, “that this lab was just lucky to not get any COVID–19 cases, it is more likely that they used more stringent criteria, illustrating that the performance of not just test kits, but labs, with this new test, is completely unknown. Yet, a positive remains unquestioned in every case.”

– The quantity of RNA does not correlate with illness.

In a survey of RNA–positive people in Guangdong, China, scientists examined the ‘viral load’ (quantity of RNA) and concluded: “The viral load that was detected in the asymptomatic patient was similar to that in the symptomatic patients.”

However, it could also rather show that “viral load” testing doesn’t correlate with level of illness. And this manner of testing could be fundamentally flawed.

Perhaps this is why Kary Mullis, inventor of the PCR test, said:

“Quantitative PCR is an oxymoron. PCR is intended to identify substances qualitatively, but by its very nature is unsuited for estimating numbers.”

Another paper showed that PCR RNA–positives went to “undetectable” (negative or uninfected) up to 3 to 11 days before  the symptoms ended.

This implies that the virus was causing illness, but wasn’t actually showing up in the body.

We are using these tests as the basis of every decision –– local and national.

In the hospital, for example, the moment someone with symptoms tests positive, they are treated as if they have COVID–19/SARS.

This can lead to doctors and nurses jumping to invasive and aggressive treatments, all of which could have serious side–effects.

After the SARS panic, many doctors showed that the treatments (many of which used today for COVID) were often ineffective and had harmful side–effects, of which were connected to a higher mortality rate.

(See Chapter 1 of The Infectious Myth.)

Many look at the “excess deaths” numbers as proof that there are more COVID–19 deaths than being reported.

But often what’s not being factored into the equation is the second–order effects of the COVID–19 reaction.

As said, if tested positive and with symptoms, the patient is given some sort of treatment. Intubation and drug treatments have side–effects that can be fatal to the already weak.

It’s well known that isolation is terrible for human health.

“The literature on the benefits of visitation to patients is too vast to cite here, but visitors can help patients understand what medical staff are saying and proposing to do, provide emotional comfort, relieve boredom, and make the patient continue to believe that their life is worth the struggle to continue.”

On top of banning all elective surgeries, and discouraging people from going to the hospital (for fear of catching the virus), New Yorkers in cardiac arrest whose hearts cannot be started on the scene cannot, by rule, be taken to the hospital.

A Canadian legal action group called the Justice Centre for Constitutional Freedoms wrote to Trudeau and provincial premiers, asking to quantify the harms of home confinement and restrictions on movement and association.

They asked for deaths from:

– Increased suicide rates due to unemployment, bankruptcy, or poverty due to loss of job or closure of business.

– Deaths from alcoholism and drug abuse, exacerbated by isolation, loss of employment, and social interaction.

– Domestic abuse from forcing individuals to stay in close quarters with abusive partners.

– Deaths of elderly, infirm people due to lack of visitors to observe their conditions and respond appropriately

– Deaths from cancellation of elective surgeries, and inability to access hospital services. Edge Health warned on April 25 that there might be 2,000 medical deaths PER WEEK from the non–COVID impacts of the panic, such as stroke, heart attack and diabetes.

– Future deaths from increased poor health in children who have few opportunities for exercise or fresh air.

Rabid disinfection could cause long–term problems, but in the short–term, it has already been associated with a sharp increase in calls to the US poison control centers, according to the CDC.

Moreover, it could make us all more susceptible to pathogens, as our immune systems are not building up the proper antibodies.

Air pollution could’ve been a huge factor in the early cases, leading to aggressive medical treatment… and more death.

Harvard University scientists discovered that an increase of 1 microgram of fine particulates per cubic meter was associated with an 8% increase in COVID–19 deaths.

An Italian study showed that, “people living in an area with high levels of pollutant are more prone to develop chronic respiratory conditions and suitable to any infective agent. Moreover, a prolonged exposure to air pollution leads to a chronic inflammatory response, stimulus, even in young and healthy subjects. We conclude that the high level of pollution in Northern Italy should be considered an additional co–factor of the high level of lethality recorded in that area.”

One study comparing COVID–19 patients in ICU to patients in a regular ward found that vitamin D deficiency was present in 85% of the former, but 57% of the latter.

ALL COVID–19 ICU patients less than 75 years of age had Vitamin D deficiency.

“And, given enough time there will be a vaccine developed and, for some of the traumatized countries, it may become mandatory, even if developed after the epidemic has disappeared, so that proving that it reduces the risk of developing a positive test will be impossible.”

So, until there’s some uniformity, sanity, and clarity on the tests…

Consider carefully whether or not you actually need one.