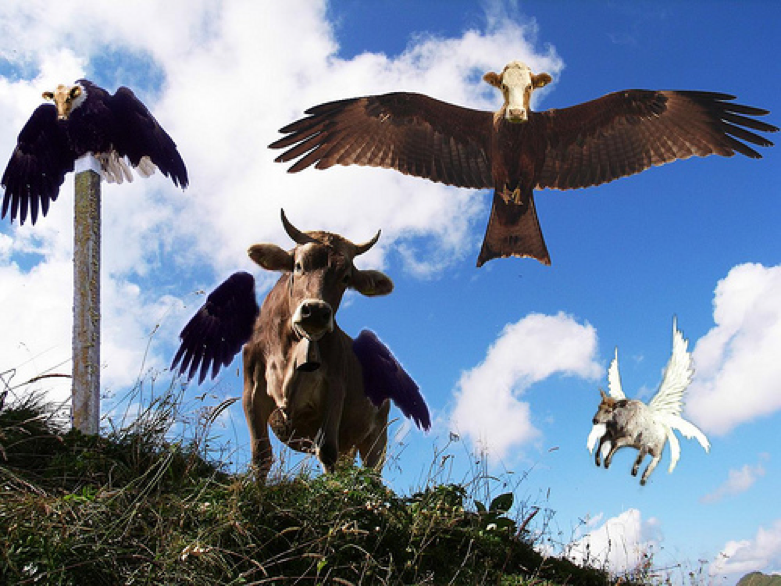 “Do you think the Catholic Church today could stop people from reading the Bible?”

I was in São Paulo at Brazil’s first international blockchain conference sitting with another attendee, a Canadian history buff, in between talks. We were chewing the rag on the potential implications of bitcoin and blockchain technology.

I usually record conversations such as this (with permission, of course), but this time, I didn’t. So I will have to paraphrase:

“During the Dark Ages,” he went on, “when the Roman Catholic Church was at the peak of its power, it was able to ban the Bible quite successfully. In Roman-dominated lands, at least. You had to have a license to own one and those were only issued to the powerful few. Many were burnt alive for owning a Bible that had been translated to an ‘improper’ language. Some were even burnt alive with their Bibles strapped to them. Few commoners had read it. Do you think any power could suppress any book like that again?”

“Right. The battle then was about the flow of information. It wasn’t just the Bible, of course. It was anything which the powers found heretical. The paradigm shift came, as you know, with Gutenberg’s printing press. Well, in a few decades we’ll say the same thing about money. We are entering a new paradigm of value creation. The free flow of information has all but been secured. Information, with very few exceptions, is free. That will secure the free flow of value. And I think it will happen in our lifetimes.”

Bermuda in the sky with diamonds

The conversation reminded me of the book The Sovereign Individual I’d  read back before I’d even heard of bitcoin. It was one of those few books that had drastically influenced my line of thinking about the future. (I mentioned as much, you’ll recall, last week.)

When I hobbled my way back into the States, I dug up my copy and flipped through. The book, originally published in 1996, speaks of a burgeoning economy which transcends the bridled confines of the old TBTF banking economy.

(If you happen to have a copy, I recommend flipping to page 23. Yes. That section which ends with, “Soon, the cows will have wings.”)

There’s a superficial reason which is serving the purpose of getting the word out, but means very little in the long run.

Then, there’s the real reason to own bitcoin. And it has absolutely nothing to do with the price.

Although many die-hard gold and silver bugs would vehemently disagree, the underlying reasons to buy gold and to buy bitcoin are the same.

To explain, here’s Simon Black with the real reason to own bitcoin.

The Real Reason to Own Bitcoin

In 1483, just as Johannes Gutenberg’s new moveable type printing press was spreading across Europe, Sultan Bayezid II of the Ottoman Empire issued a staunch decree banning the machine from his realm.

At the time the Ottoman Empire was the dominant superpower in the world, having conquered most of the Middle East, North Africa, and southeastern Europe.

But Bayezid was afraid of the new technology.

He and his advisors felt that the printing press would too easily allow information and new ideas to spread across his empire.

And they believed this would threaten their control and offend the religious establishment.

So not only did Bayezid ban the printing press, he imposed the death penalty upon anyone caught using one.

The Ottoman Empire remained so closed off to new ideas, in fact, that the only western book to be imported and translated for the next 3 centuries was a medical text on the treatment of syphilis.

Needless to say the Ottoman Empire did not remain the world’s dominant superpower for long.

It was during this period that Europe underwent radical growth.

Just a few centuries before, most of Europe was nothing more than a plague-infested backwater of irrelevant kingdoms.

But by the mid-1600s, Europe had surged ahead, in part due to the rapid spread of knowledge made possible by the printing press.

It was the Internet of its time.

And scientists like Isaac Newton would never have been able to ‘stand on the shoulders of giants’ had it not been for that disruptive, revolutionary technology.

Western civilization as a whole owes much of its prosperity to the printing press, which enabled the sharing of information and ideas.

And the example shows how embracing new technology can make an enormous difference in the development of a society.

Today most western governments probably still feel that they are embracers of technology who encourage innovation.

But this is nothing more than a crude fantasy, especially when it comes to one of the most disruptive technologies of our modern time: cryptocurrency.

Cryptocurrency is today’s printing press– a truly game-changing technology that the ruling elite sees as a threat to their control.

This is why there have been so many ridiculous rules and tax policies that disincentivize cryptocurrency ownership– the technology is too disruptive.

Banks have enjoyed unparalleled power and influence for eight centuries, going all the way back to the Medici rule in the early Italian renaissance.

Bankers controlled the money, and were consequently able to control governments, laws, and even wars.

In the early 1900s, it was JP Morgan who engineered a revolution in Panama and imposed a puppet government so that his bank could finance the lucrative canal project.

And just a decade ago the heads of the top Wall Street banks cajoled the entire US government into a trillion-dollar taxpayer-funded bailout.

The only reason banks enjoy such immense power is because they control the money.

But if you think about it, banks are nothing more than middlemen, taking money from depositors and loaning it out to borrowers.

Think about it: when you send money to someone, those funds move from your bank, to the central bank, to another bank, and then finally to the recipient’s account.

… which seems almost tragically anachronistic given that we have apps today to send funds directly to a recipient’s mobile phone or email address.

Who needs a middleman anymore?

Why should anyone borrow money from a bank when there are so many Peer-to-Peer and crowdfunding platforms available?

Why pay exorbitant fees and commissions to exchange currency when there numerous websites that exchange money at almost no cost?

Banks as financial intermediaries are about as quaint as taxi dispatchers in the age of Uber.

Cryptocurrency and Blockchain technology are the final nails in the coffin, making it possible to hold your savings in the cloud rather than at a bank.

And if that seems too esoteric, consider that your savings is already ‘digital currency’.

Banks don’t keep bricks of physical cash in their vaults; your bank balance is nothing more than an accounting entry in your bank’s electronic database.

It just happens to be 100% controlled by your bank.

They can gamble your savings away on some idiotic investment fad, charge you ridiculous fees without your consent, and even freeze you out of your own account (‘for your own security’) or deny you the right to withdraw funds.

Cryptocurrency de-centralizes this system. You become your own banker. No more middleman.

THIS is the principal reason to own cryptocurrency.

It’s not about price speculation. Too many people are buying Bitcoin, Ethereum, etc. to gamble on the price.

This totally misses the point.

The idea isn’t to trade paper money for Bitcoin, hoping to trade that Bitcoin back for more paper money later. It’s the same with gold and silver.

There are far less volatile ways to make money and enjoy a great risk-adjusted return.

Cryptocurrency is about divorcing yourself from an anachronistic financial system that has never missed an opportunity to abuse you.

And that makes it worth understanding.

This is especially true if you’re naturally skeptical of the idea or have already passed judgment on Bitcoin as a ‘scam’ without having learned about it first.