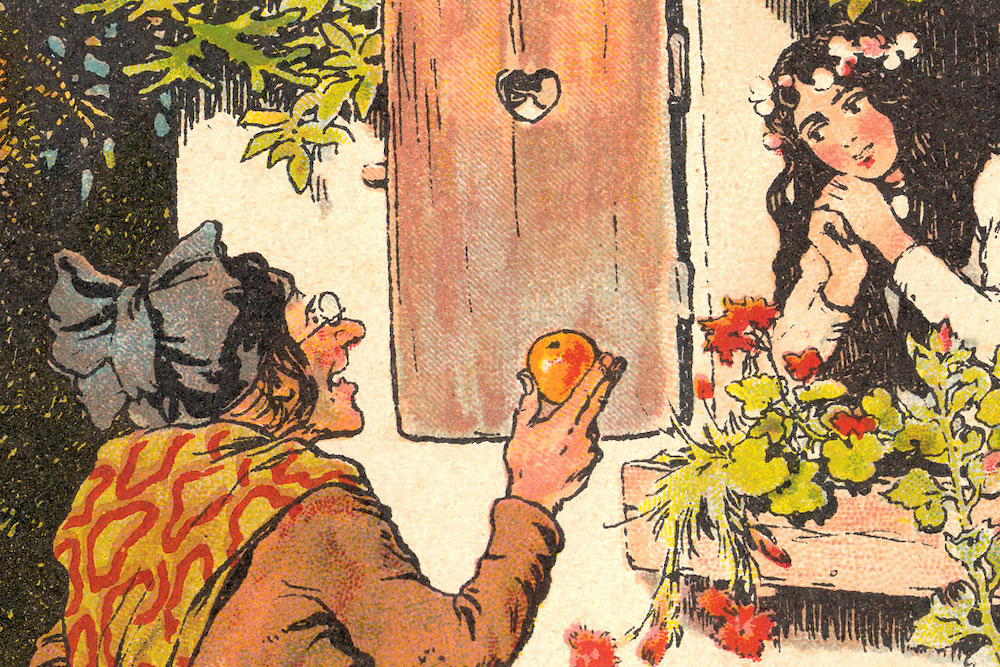 Bethesda, undoubtedly the biggest fish in this particular barrel of weird and nerdy fish, is the studio behind the hit game So You Want to Have Sex With a Lizard Wizard?,also known by the slightly more shelf-friendly alias Skyrim. 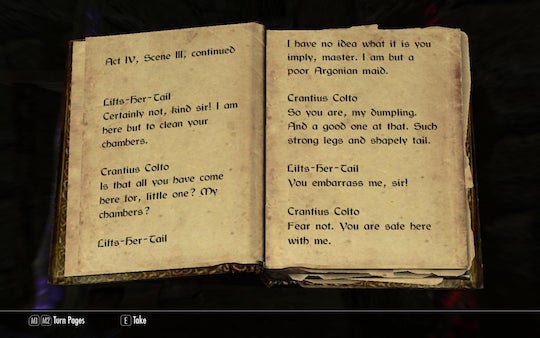 If the deal is approved, some of the industry’s biggest game series will be brought under the Microsoft banner, including Elder Scrolls, Doom, Fallout, Dishonored, and that one game where you shoot a bunch of Nazis and say cool stuff.

What that means in terms of the availability of those games is what has gamers going “Glayvin! With the Xbox and the PlayStation and the hey, hey, hey.”

With a new generation of slightly-better-than-the-last consoles on the way for Pandemicmas 2020, PlayStation and Xbox will be competing for the attention of gamers everywhere.

If you can convince a dorko to buy your ding-dong machine over your competitors, you’ve essentially locked in their business for the next six-to-10 years.

Traditionally, the companies under the Zenimax banner released their games on all platforms (if it’s got a screen and buttons, you can play Skyrim on it). But now Microsoft will have the option to make all those titles Xbox exclusives, a potentially devastating blow for Sony’s PlayStation.

Reportedly, Microsoft and Zenimax have yet to discuss title exclusivity and will evaluate each game on a case-by-case basis going forward. But Microsoft confirmed that the deal would bring all of these games to the company’s gaming subscription service the Xbox Game Pass.

Microsoft noted in its announcement that the subscription service has added 5 million subscribers since the start of the Great Inside Times.

Quibi, the revolutionary new streaming service that’s going to change the way we consume content, is exploring a revolutionary new way to sell its own ass and make back some of the giant piles of money it’s losing.

Founded by Hollywood Mogul and visionary genius Jeffrey Katzenberg, Quibi launched in April, at a time when everyone in the country was trapped inside and desperate for new content.

It was like God himself intervened and said, “Hey, maybe folks should stop the hustle and bustle of the rat race and check out this cool new app from my man Jeff.” Alas, not even the almighty himself could explain the appeal of Quibi. 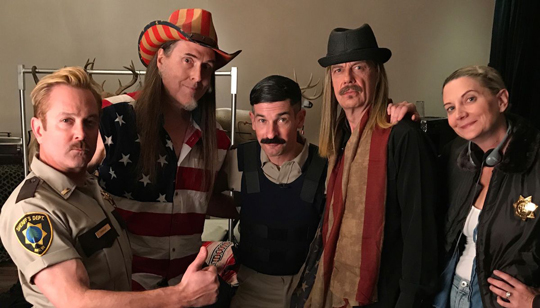 Nobody’s saying they don’t want to see Weird Al play Ted Nugent in a revival of Reno 911… just not like this. Not on Quibi.

Quibi’s unique “hook” that was supposed to set it apart from the pack, was that it served up “quick bites” of media in the form of 10-minute-long videos that could only be watched on your phone. (Their target audience was people who were pooping, I guess.)

Katzenberg and friends spent millions of dollars hiring top talent to make fresh content for the platform, reviving cult hits like Reno 911 and adapting The Most Dangerous Game into a feature-length movie and chopping it up into 15 ten-minute episodes for some reason.

After five months, Quibi is reportedly working with advisors to develop a strategy to relieve the financial stress of such a dumb idea.

Quibi is declining to comment on whether or not it is pursuing a strategic sale but it released a cookie-cutter statement saying Katzenberg is “committed to continuing to build the business in the way that gives the greatest experience for customers, greatest value for shareholders and greatest opportunity for employees.”

According to one of the Wall Street Journal’s infamous “people familiar with the matter,” Quibi has enough cash on hand to last for the next several months and isn’t in danger of shutting down imminently, so there’s still time to explore its options for now.

COVID Vaccine Not a Fairytale Ending to Pandemic, Expert Says

Finding a safe and effective vaccine won’t be the “Fairytale Ending” to the pandemic folks think it will be, according to an infectious disease expert who has been unable to pull a magic sword out of a big rock.

“I would see the vaccine as only helping (the situation),” Dale Fisher, professor of infectious diseases at the National University of Singapore, told CNBC while locking his daughter in a tower to prevent capture by dragon and loss of virginity by Darren, who works at GameStop.

“It’s not going to be the fairytale ending everyone wants it to be where we’ll have an 100% effective vaccine and 100% of people will take it, and they’ll all receive it over the course of a month and we can go back to our way of life.”

Fisher argues that the measure of an effective vaccine is much lower than most people realize and trolls no longer live under our bridges because they’ve fallen into a state of disrepair.

According to the FDA, for example, to be approved “a Covid-19 vaccine would prevent disease or decrease its severity in at least 50% of people who are vaccinated.”

“This means that for half the people that get the vaccine it wouldn’t work,” Fisher told CNBC while kissing a woman put in a coma by a witch.

“Most people aren’t expecting this to be 100% effective. So, I think you need to have the non-pharmacological interventions, such as the mask wearing and the limiting of gatherings and things like that for a long time to come.”

Even if a vaccine was found to be 80%-100% effective (which is about as likely as the orphan you found floating in a basket in the river turning out to be the one true king) Fisher notes that distribution will be a careful and prolonged process, starting with the people that need the vaccine first.

Folks like doctors and nurses who are on the frontline of the pandemic will receive the vaccine first, while newsletter writers slowly going mad in their basement can expect a delay of anywhere between 8-18 months.

“The WHO is hoping to be able to vaccinate 20% of the world by the end of 2021, and that’s already quite ambitious, it’s a huge exercise to vaccinate the world,” said Fisher, flipping off the giant he finished chopping down the beanstalk. 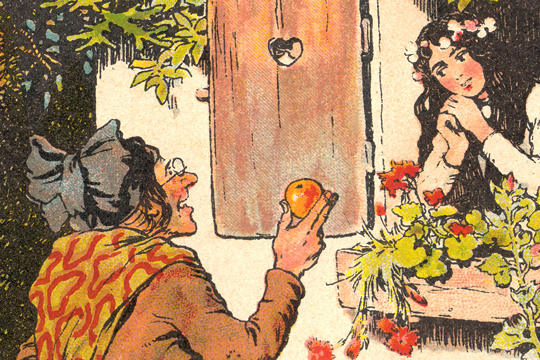 Even the wicked witch is on DoorDash now.

This is what happened. The guy got a $10 million offer for his business, which was a mental health facility for teenage drug addicts.

He had nothing in the bank. “Should I take it?” he asked me.

Maybe I owned a small part of the mental health facility.

I had no idea, not the slightest clue, how I would sell a mental health business. I knew nothing about mental health.

How to run a mental health facility (for dummies):

The key is beds. Everyone needs a bed. Buy a lot of beds.

You buy an abandoned hotel. You get it licensed so that the state government sends over teenage drug addicts to sleep in your beds.

The more beds, the more teenage kids they send over. There is an endless supply of teenage drug addicts.

How do you get the licensing? Donate a lot of money to people running for governor.

You will get very busy. Buy more beds. Save more lives.

We called 40 companies that could be buyers.

Six of them wanted followup calls.

Three companies came over to have meetings.

One company made an offer. A big hospital chain that had lots of beds but wanted more. Beds = $$$.

He was smoking his own crack.

Pigs get fat. Hogs get slaughtered.

I called his wife, who was very beautiful and 20 years younger than the CEO and worked for the company.

“What did you do today at work?”

She said, “A patient got upset and so she shat on the floor and then, with her hands, spread it all over the walls. I had to clean it.”

“You cleaned shit off walls?”

“What if that same girl killed herself?”

“We’d probably go out of business. The state wouldn’t send us over any patients until they had done a year-long investigation.”

“Do you know your husband doesn’t want to sell for $41 million anymore? You have zero in the bank right now and you clean shit off walls. He wants to wait a year. You could be cleaning shit off the walls for a long time,” I said and got off the phone.

She had work to do.

An hour later the husband called back. “We’ll take it.”

Fast forward a month: We were in a lawyer’s conference room. We all were just sitting there joking around but everyone was nervous.

The CEO kept reloading his bank account info on the computer.

Everyone laughed and high-fived. He may or may not have written me a check.

In the next few months, the new company fired him and closed down the company. Teenage addicts went to other beds.

As for me, I lost touch with the CEO and his wife.

I may or may not have lost all the money a few months later.

I was busy getting shit done.