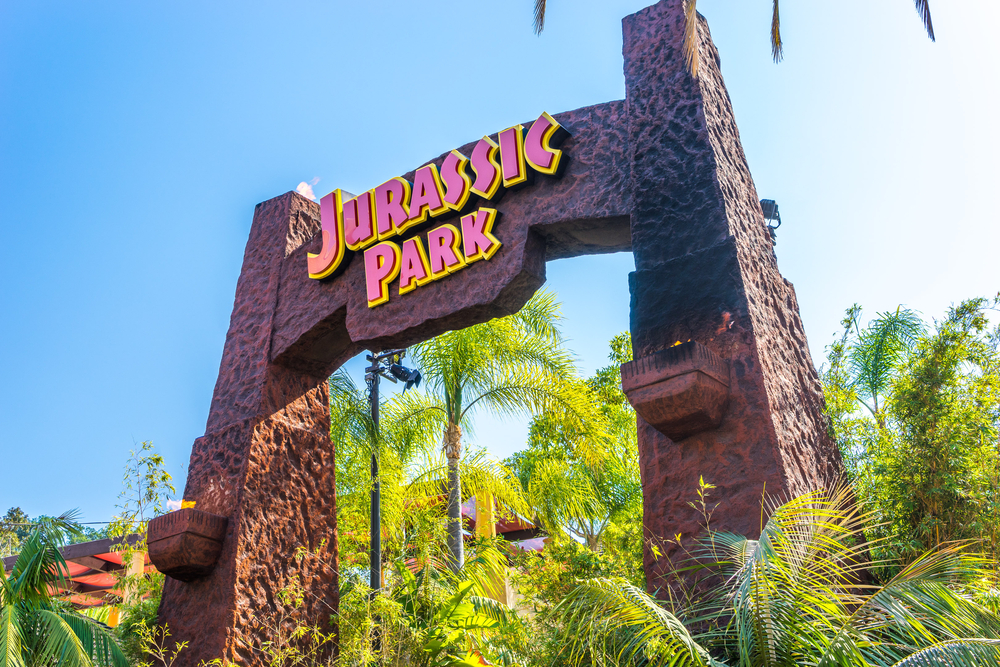 Economic growth slowed considerably this month, with consumers doing most of the heavy lifting and business taking a back seat.

(I know I’m mixing my metaphors here. Just imagine some sort of weight lifting machine for two people where the person in the front does all the work and the guy in the back just kinda chills and eats snacks.)

Growth for the second quarter of the year dropped to 2.1% from 3.1% in the first quarter.

This was slightly above surveyed economists’ predictions which pegged growth would drop to about 1.9%. But never the less, the report signals potentially choppy waters ahead for the S.S. Economy. (Yarr. She’s a fine ship. But she has a nasty habit of sinking every eight-to-10 years.)

Consumer spending jumped 4.3%, up for just 1.1% in the post-holiday season. (Because Christmas eats all of Daddy’s money and makes him irrationally angry for the next three months.)

Folks shelled out for new cars, clothing, food and drink, and in almost every other sector (what economists categorize as “spending like y’all about to be hit by a meteor tomorrow”).

But while the American people were going all-in for a giant flat screen to mount in America’s den, U.S. businesses kept their hands firmly tucked in their pockets.

The cause? It looks like big business is holding off on any major spending until the uncertainty created by the U.S.-China trade war has been dispelled.

Negotiators will return to the table on Monday for the first time since May to try and resolve the Trade dispute. Maybe the end of the trade war is just over the horizon. (And maybe Elon Musk will send jet boots in the mail if I ask him nicely enough.)

The Fed has signaled plans to prop up the economy by cutting interest rates and could take action as soon as next week.

With choppy waters ahead, savvy investors will want to lock down a steady income to help weather the storm.

One of my colleagues (and bestselling author/genius investor/hair icon) James Altucher developed a special investing strategy that would be perfect right now.

This strategy isn’t about picking risky, jackpot-style winners. No, this is a little-known technique was developed to secure a steady income of an extra $3,000 a month.

Sure, $3K won’t buy you the house of your dreams. But $3k a month compounded over time. That’s enough to create a retirement fortune.

If you have just two minutes to spare today, I highly recommend checking out this short video.

In it, James will show you how you to collect a steady easy income from the privacy of your own home… using just a computer, tablet or smartphone.

Click here to see this “2-Minute Retirement Rescue” in action.

The Lords of Vape themselves, Juul Labs, dragged their basic asses before the House Oversight Subcommittee yesterday to low-key downplay their role in America’s teen vaping epidemic.

(Ed note: In honor of the 3 million teens addicted to vaping, this article is brought to you by the incomprehensible Gen Z Slang Dictionary.)

“[Juul] never wanted any non-nicotine users,” said Monsees, whose company would be the first business in the history of business that doesn’t want new customers. “And certainly not anyone underage.”

According to federal survey data, 21% of U.S. high school students (3 million teens) were deadass vaping on the reg in 2018.

Critics say Juul knowingly fueled the epidemic with their fire advertising and on fleek vape flavors that clearly targeted minors.

Juul has since discontinued its line of delicious vape flavors. But Monsees said they might have been yeeting the baby out with the bathwater on that one.

He defended the company’s flavors, saying they help adult smokers stop smoking cigarettes. (They just accidentally made them too delicious and now three million teens live that vape life 4eva, yo!)

“We’ve certainly made missteps,” Monsees said. “I understand the criticism of some of our past actions, but we moved on very quickly.”

Monsees tried desperately to distance Juul from Big Tobacco during the hearing, saying “[We are not] Big Tobacco. We are here to eliminate its product, the cigarette.”

His point was slightly undermined by the fact that cigarette maker Altria slid in Juul’s DM’s last year and bought a 35% stake in the company. (We’re not big tobacco! Were just part-owned by Big Tobacco. We’re Little Itty Bitty Tobacco.)

Monsees faced questioning from lawmakers on both sides of the aisle. But the Dems deadassdragged that boy yesterday.

“I want to tell you, I’ve been involved in public health for a long time in the Bay Area,” Rep. Mark DeSaulnier, D-Calif., told Monsees. “You, sir, are an example to me of the worst of the Bay Area. You don’t ask for permission, you ask for forgiveness. You’re nothing but a marketer of a poison, and your target is young people.”

Actually, the worst thing about the Bay Area is a skyrocketing homeless population despite being the highest-earning city in the world. And broccoli on pizza. But I take your point, Mark.

What do you think? Is Juul a benevolent healthy alternative to smoking that just made some mistakes? Or is this the reboot of the early days of Big Tobacco in a manbun?

Click here to yeet me an email and we’ll discuss it next week.

Now, if you’ll excuse me, I have a Gen Z Slang Dictionary to burn.

Recently, I gave my 6-year-old nephew a couple of crayons and asked him to help me design the city of the future.

Predictably, the little philistine fell into the age-old trap of seeing the future as a Jetsons-like utopia.

His city, called Neom, had:

This is 33-year-old Crown Prince of Saudi Arabia and power behind the throne, man child and accused murderer (phew, what a title) Mohammad bin Salman’s dream city. And it ain’t just crayon scribblings on the fridge.

This is a $500 billion disaster bin Salman actually intends to build in a barren desert on the northwestern coast of Saudi Arabia.

The Crown Prince, who is accused of ordering the murder of Washington Post journalist Jamal Khashoggi (we can’t legally say he definitely did it… but, you know *wink*), had the plans drawn up by Boston Consulting Group, McKinsey & Co. and Oliver Wyman who compiled the Prince’s fantasies into a leaked 2,300 page-plan.

Bin Salman wants Neom (which is currently a few hundred miles of empty desert by the sea) to overtake Hollywood in entertainment, Silicon Valley in technology, and One Last Thing in bad jokes made in parentheses.

The citizens of Neom, who have been genetically modified to be stronger than regular human beings (I’m not joking. This is all in the plan.), will take flying taxis to work. Robots will clean their homes. And they’ll dine in world-class restaurants under the light of an artificial moon that will also be a TV sometimes.

Oh, and there’ll be a park full of giant robotic dinosaurs because apparently bin Salman has only ever seen the first 10 minutes of a Jurassic Park movie when it just seems like a chill place for the obscenely rich to vacation.

Interestingly, the leaked plan says that Neom will allow alcohol unlike the rest of Saudi Arabia where it’s illegal. That said, Neom is far from a libertarian paradise.

Reportedly, bin Salman wants to establish an “independent” court system he paid law firm Latham & Watkins to develop. The court system would have judges reporting directly to the king, and operating under Sharia law. (Yaaaaaaay! Daddy can we please go back to the Sharia Law Dinosaur and Robot Wasteland next year?)

The cherry on the cake is mass-surveillance and facial recognition system ripped right out of China that could track every one of the city’s citizens 24-hours a day.

From a bank of super-computers, authorities would be able to see every crime that happens in the city. Crimes like, for example, killing a U.S. journalist, chopping up his body, and hiding it in the woods. (Not sure why but that was just the first example of a crime that popped into my head.)

Currently, the project is on hold as Saudi Arabia is a little light on cash right now (happens to the best of us towards the end of the decade). But if some of the Crown Prince’s Silicon Valley investments start to pay off, we could see building start on this cartoon disaster within the next five years. 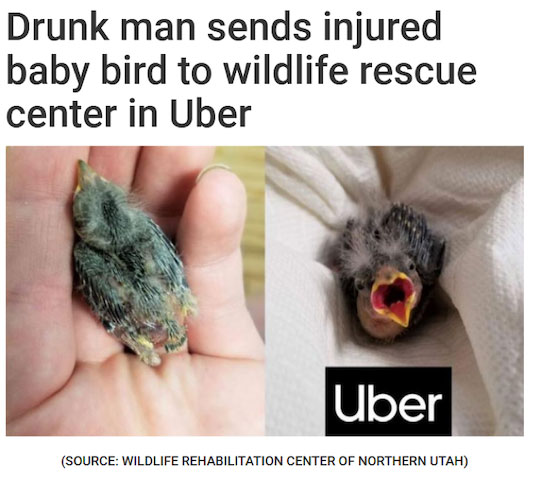 His heart was in the right place, even if he was not.

On the morning of April 9, 2019, Daniel Desnoyers drove his pickup truck into the Mohawk River in upstate New York.

Rescuers at the scene told reporters they believed his death to be a suicide. Which was later confirmed by his father on Twitter, who says Daniel superglued his seatbelt shut before driving into the river.

Daniel, a father of two, suffered from severe depression. With the aid of an antidepressant, he was able to live a normal life. But in the weeks leading up to his suicide, he let his prescription lapse.

Daniel missed a single $20 payment. And because of that, his insurance company, Fidelis Care, denied him his treatment until the following month.

Daniel slipped into a suicidal depression and weeks later, he was dead. All because of a bureaucratic slip up that could have been sorted out with a phone call.

And that’s our healthcare system. One of the richest countries in the world and people are just dropping like flies because of missed payments, artificially inflated prices, and a government that’s been too frightened to do anything about it for 50 years.