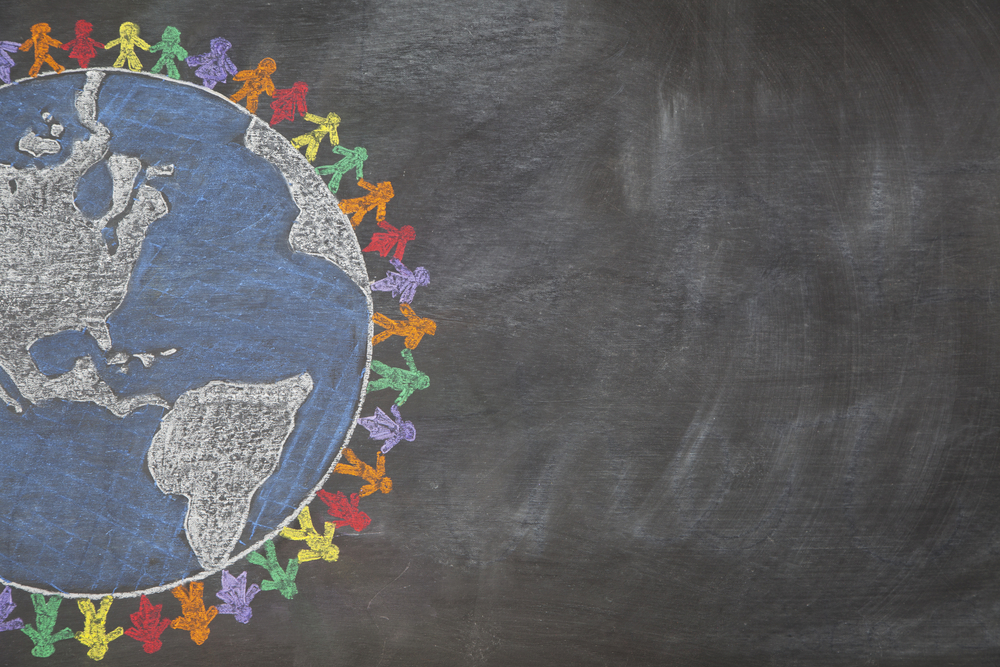 Last Saturday, as we’ve been reporting this week, Ron Paul and many other notables in the liberty sphere took to the stage in Lake Jackson, Texas, for a very important symposium.

The topic of discussion? War and Peace in the Age of Trump.

As promised, today we present to you highlights from Ron Paul’s speech, Peace is Popular.

Lots of great stuff to cover.

“Liberty is a young idea,” Dr. Paul began. “It’s really not something that’s been around for thousands and thousands of years. And the benefits of liberty have just been rather recent. I think of the Industrial Revolution as a consequence of an understanding of economic liberty. And with the tremendous advancements that have existed with the Industrial Revolution I’ve always wondered, why don’t we advance in the social revolution?

“If we learn how to build so many wonderful things and the standard of living goes up for so many people and we have all of these luxuries, why is it that we haven’t figured out how to stay out of killing each other?

“So at the same time we’ve had all of this advancement that helped us with technological things and the Industrial Revolution, we’ve had more killing than ever before.

“Just think of the 20th century, with all of that advancement. I can’t help but think about my dad talking to me about when the family dairy started. He delivered milk in a horse and wagon. And that was at the beginning of the last century. It was so recent and yet we haven’t advanced very much in this social sphere of how we get along with people. I am an optimist because I believe we should be able to do that. And when you look at the history of mankind, it’s really so very young.”

“And that’s really a serious question… what’s going on? Especially when I go to the campuses and talk to young people, they’re not saying, ‘Yeah, let’s go have another war. We’d like to go off and get exposed to the killing and we want all the death to deal with. And we want to deal with inflation. No. That group of individuals are generally less pro-war than the rest.

“I can remember one time that I made a charge that this particular piece of legislation was pro-war. And it was on the side of the Republicans that were promoting this piece of legislation. And boy, I had one ex-military official come up to me. He was so annoyed, he said: ‘I am not pro-war!’

“They don’t see themselves that way. And yet, they are pro-war. If I had to look back and guess on the number of people I’ve met throughout my lifetime… you know, from grade school on up and the many people I’ve met in the past 15 or 20 years in politics… tens of thousand, and exposed to hundreds of thousands of people, I would say that 90% of the people I come into contact with are really pro peace.

“Peace is what they want. Why is it that although 90% of the people really want to live in peace, we don’t live in peace?

The problem of war…

“Our problem is not so much the people become supportive of war or promote the war. Too many of them are very apathetic and complacent and just go along. But the big problem is, that the people, the citizens, the people who suffer from the war, don’t start the wars. The real problem that we have to understand is it’s the government and the government policies that cause the war and that’s what we have to restrain.

“So I think what happens… is people who have psychopathic and aggressive personalities and enjoy telling other people how to live — whether it’s in a social, economic or military sense — they like power. There is an opening and those people themselves don’t have much resistance. And governments tend to have, over the centuries, assumed a lot more power. And this just opens up the door for people who just want the power. And even those who go with good intentions to Washington, they are consumed with this attitude and they are part of the system.

“One term I don’t like is ‘moderation in politics,’ because I believe it’s a sacrifice of principles. What I like to think about in politics as far as making corrections because there’s so many imperfections, is to work with coalitions. And that is, there are a lot of people that might not be true libertarians, but they have a set of principles where they’d like to see a lot less killing and a lot less war and there’s no reason in the world we can’t be talking to the Dennis Kucinich’s of the world. Who will stand up for peace and this, to me, is I think the real answer. Moderates, when they come together, they have to sacrifice their true conviction.

Although the non-aggression principle, if widely adopted, would solve many incessant problems we face today, “One thing you can’t solve,” says Dr. Paul, “is the problem of good and evil. Adams said, ‘We the founders have given you a republic if you can keep it.’ And he said the moral standings of the people will make the difference. When the people become immoral, the system doesn’t work. At the same time, the problem is the immoral people get into government.

Why secession and nullification are important…

In order to keep government in check, says Paul, we need to have a clear definition of the role of government.

“The role and purpose of government should be to protect liberty. That’s it. That’s what our goal should be.”

In order to do so, we need to repeal the vast majority of what today’s government does.

“You have to have a system where the government is strictly limited. What would it mean? It would mean, first off, that we should be able to have a position in a county like ours, that our states should always have a right to secede. It’s the right to secede that’s important. That would hold the federal government in check. The government would have to be careful. But even if they had nullification, which is a strong issue of Jefferson. Just so we as a people, the local people, the local and state governments, didn’t like what the feds were doing, and if they’re violating the Constitution, you oughta be able to opt out and nullify it. That would hold a big check on the federal government as well.

“I think it’s fantastic that the issue of the ridiculous War on Drugs is coming to an end because the states and the people are nullifying these laws and saying ‘stay away.’  I hope that doesn’t get reversed with this administration, but at least we’re making progress there. And I think that is great.

“I was out in Arizona, because they’re passing a bill out there and it’s very popular. Trying to follow the Constitution on the money issue. Because the directive is to the states. The states are not allowed to use anything other than gold and silver as legal tender. So who broke the law? The government broke the law. They were explicit in the Constitution that you can’t counterfeit. That you can’t debase the currency. And they were very explicit. We’re not allowed to debase the currency. But the government is. And that is why this principle, that basic Bastiat principle, that if you and I cannot do something, if you and I can’t steal from people, we can’t debase the currency, and we can’t rob and kill and do all of these things, why in the world have we allowed our governments to do that?

“We have to curtail that power. So we just can’t just go out and kill people because it’s against the law and it’s immoral… why do we allow our governments to do this constantly? With bombs and missiles and threats and boycotts… all of the things we do. We have to be able to apply these basic principles that have been understood. But it’s turned out that our governments did this to hold us in check. To say, ‘You can’t do this. You can’t do that. You bend the rules, we’re going to get you.’

“But they’re exempt. And this sucks in the people who love that power. And most people are too lackadaisical and too apathetic.

“We need to get rid of the apathy. We need to stand up and be engaged. Everybody has a responsibility. And I’ve often talked about the responsibility of us as individuals.”

We are the eight percent.

Dr. Paul makes an important point we’ve made here in our virtual pages plenty of times before. Democracy obscures the truth of how changes in society are really made.

All throughout history, it has been a creative minority, not 51% of the population, that has helped bring incredible leaps of human progress to fruition. A relatively small group of changemakers blazed the trail and the rest of the population, seeing this new path was a better option than the status quo’s, simply traipsed through.

Today is no different.

“I think that we need eight percent of the population to really change the world,” says Dr. Paul. “Eight percent to lead the charge.”

If you’re reading this, it’s very likely you belong to that eight percent.