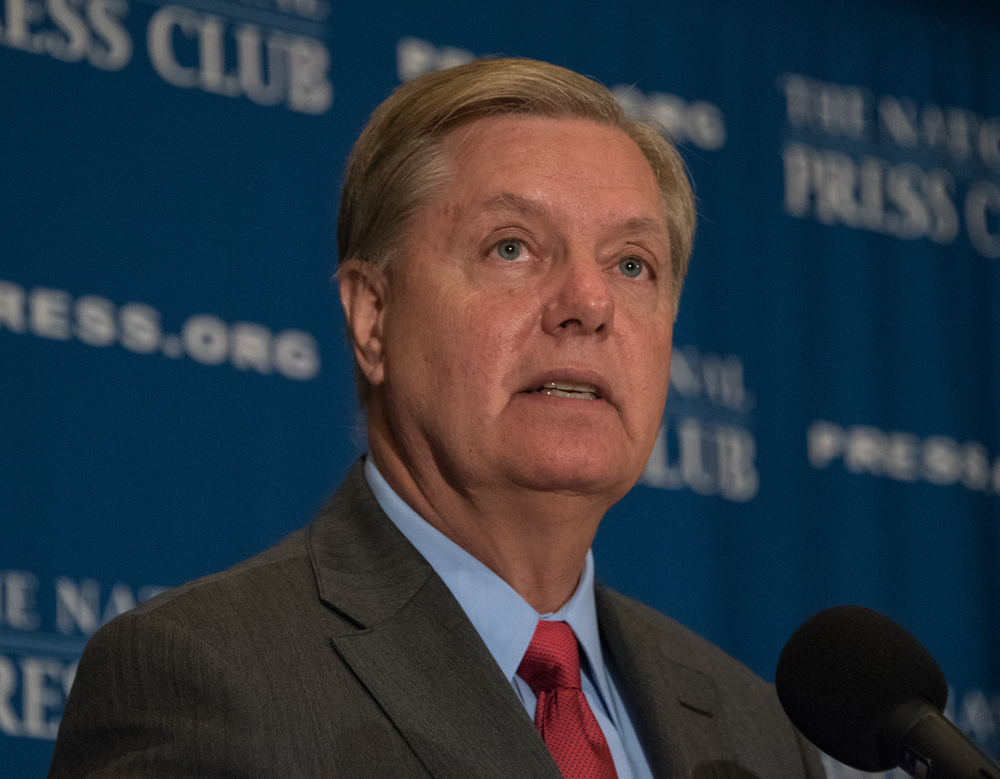 Apple began a “preview rollout” of its new credit card yesterday, moving the needle ever closer to “there are only five companies that do everything now.”

The Apple Card, issued in partnership with Goldman Sachs (because Apple is a lot of things but it ain’t a bank), was rolled out to a select few users who signed up for more information about the card.

Apple says that the first batch of Apple Card users was randomly selected (*cough* folks who spend the most money on Apple products *cough*) but the credit card will be made available to all iPhone users by the end of the month.

[Ed note: If you’re one of the users in the “preview rollout,” I’d love to hear all about it. Shoot me an email and tell us how it’s changed your life forever.]

Apple says it wants every iPhone user to be able to use the Apple Card, so it’s keeping its signup process relatively simple. (Because handing out credit cards like candy has never backfired ever.)

To signup, all you have to do is enter your address, birthday, income level, and last four digits of your Social Security number. Hit send and Goldman Sachs will approve or decline your “application” in less than a minute.

Once Goldman Sachs has given you the old Goldman green light, your phone will essentially function as a credit card. But if you prefer something shiny to flash in front of your date, Apple will send you a physical titanium card for free (which I’m sure the TSA will love). 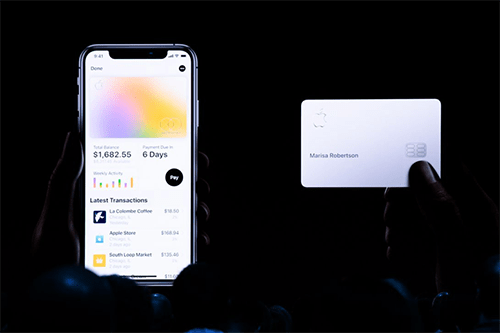 Order your Apple Card today and we’ll ship it to you through the Eldritch Void of Horrors in 5-7 working days.

The physical card has is light on security features, with no expiration date or security code. But you can lock the card or deactivate it entirely from your phone if misplace it or you just want to stealth block your S.O. from buying that highly-impractical coppertop island (they’re impossible to keep clean, Sarah!).

Probably the most innovative aspect of the card is that there will be three separate numbers associated with your card: one for the physical, one for the phone, and a virtual number for buying things online.

If you think your online identity has been compromised, you can request a new virtual number at any time, adding an extra layer of security to online shopping.

According to Verge, who got their hands on one of these bad boys ahead of release, the Wallet app itself is “extremely nice.”

“It provides detailed information about all your purchases, using machine learning to clean up merchant names and categorize your spending over time,” writes Nilay Patel. “You can set payment schedules in a variety of ways, play with a circular slider to see exactly how much interest you’ll be charged, and see how much you’re spending weekly and monthly.”

Apple isn’t charging any late fees or annual fees on its card. But then again, who needs fees when you’ve got an annual percentage rate (APR) of 24.24%. (For reference, the average APR charged in Q3 of 2018 for credit cards was 16.46%.)

The card’s reward programs are nothing much to write home about, offering a small percentage of cash back on (you guessed it!) Apple products and Apple Pay transactions.

The company that makes $1,000 monitor stands is offering 3% on any Apple transactions, 2% on any Apple Pay purchases, and 1% on purchases made with the physical card or virtual card number.

Apple’s stock rose 1.8% to 197 points yesterday, its first positive gain since the start of the month.

What do you think? Are we seeing some of the classic Apple innovation here or is it just another credit card with gimmicks?

Click here to shoot me an email and we’ll discuss it in the comments tomorrow.

Chinese authorities made some thinly veiled threats against Hong Kong protestors, signaling their support for local government (and any police who want to crack a few of these hippies’ heads).

Yang Guang, an official spokesperson for Beijing with a flair for the dramatic, told reporters “those who play with fire will perish by it.” (Oh my! What a fun way to threaten horrific violence against the citizens of a supposedly independent autonomous territory.)

“I would like to warn all of the criminals,” said Yang at a press conference Monday. “Don’t ever misjudge the situation and mistake our restraint for weakness.”

Yang went on to say that most of the protestors (which, on June 16, was a group comprised of 25% of Hong Kong’s population) were mostly kind-hearted citizens who didn’t really understand what was going on.

According to Yang, the only plausible explanation is that a small group of violent radicals had “misguided and coerced” more than 2 million citizens into joining them on the streets, because China is awesome and who wouldn’t want to be a part of it?

(Man, that small group of violent radicals is amazing at mobilizing people. Maybe we should get them over here for the 2020 Election.)

Meanwhile, across the border in mainland China, more than 10,000 mainland police officers gathered in Shenzen for antiriot drills where they beat the ever-loving crap out of mock protestors.

Beijing says the drill is simply a fun exercise in preparation for the country’s 70th anniversary. But, along with Yang’s comments, the message to protestors in Hong Kong is clear: Knock off the protesting crap or we’re going to come over there and knock it off for you.

If China were to intervene in the Hong Kong protests they would be violating the “one country, two systems” agreement and trigger a diplomatic emergency.

It seems unlikely, considering how valuable Hong Kong has become a a center of trade and finance. But stranger things have happened.

For the first time in decades, momentum is gathering among Republican lawmakers for increased gun control measures. (And all it took were two back-to-back mass shootings in a single weekend.)

Representative Adam Kinzinger of Illinois wrote a piece in Medium, saying he was sick of the “broken record” debate surrounding gun violence. Similarly, he called for a ban on high-capacity magazines, universal background checks, and raising the age to buy a gun to 21.

“If we can all recognize the existence of real evil and focus again on respecting each other, and for the love of God quit naming and showing the shooters, we can and will make a real impact.”

Several other Republican representatives, as well as the President, have echoed this sentiment since the weekend. But even if some form of legislation gets through Mitch McConnell’s bill killer (AKA the Senate), I sincerely doubt we’ll see anything more robust than a red flag law being implemented for now.

ARed Flag Lawallows police or family members to petition a state court to take guns away from a person who may present a danger to others or themselves. (For example, if you tell someone that you just love mass shooting videos, like the Dayton gunman told his ex-girlfriend on their first date.)

Chair of the Senate Committee on the Judiciary Lindsey Graham says he has a bipartisan bill in the hopper, backed by President Trump, which will provide grants for states to enact their own red flag laws.

“These grants will be given to law enforcement so they can hire and consult with mental health professionals to better determine which cases need to be acted upon,” said Graham in a statement. “This grant program also requires robust due process and judicial review. It does allow for quick action.”

This morning, President Trump said he was “all in favor” of background checks, but that he doubts Congress’s appetite to pass such a law.

“I’m looking to do background checks. I think background checks are important,” Trump told reporters this morning. “I don’t want to put guns into the hands of mentally unstable people or people with rage or hate. Sick people. I’m all in favor of it.

“[But] you have to have a political appetite within Congress, and so far I haven’t seen that.”

Historically, Senate Majority Leader Mitch McConnell has blocked red flag bills from being voted on in the Senate. But with the backing of the president and Chair of the Senate Committee on the Judiciary, that might be about to change. 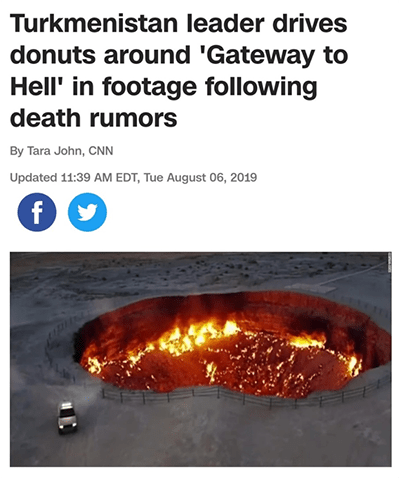 Makers of the 99-cent ice tea that’s never 99 cents, Arizona Beverage Co., is getting in the weed game. (Sweet, now they can lie to me about the price of attractively packaged, federally illegal narcotics.)

The ice tea maker is getting in bed with Denver-based cannabis company, Dixie Brands Inc., to offer a line of Arizona-flavored weed products. (I mean Arizona ice-tea flavored, not Arizona the state flavored — which I presume is just “hot.”)

As part of the deal, Dixie will make and distribute a whole bunch of Arizona-branded weed products, starting with vapes and gummies. Additionally, Arizona has the option to buy a $10 million stake in the weed company, which it will likely take Dixie up on.

After vapes and gummies, the next step is to make inroads in the most underserved section of the legal weed market.

It’s a sector that makes up just 3-4% of today’s legal marijuana sales. But thanks to certain advances in technology, it could go on to become the biggest in just a few short years.

There’s a reason experts call it the “holy grail” of the legal marijuana industry. And there’s a reason my researchers have been up to their necks in research on this one.

One of my researchers first stumbled across this opportunity about three months ago at a private “financial influencers” dinner… where the CEO of a small company told him about an eccentric Princeton scientist and a marijuana technology.

Right now, we’re in the endgame of vetting this insane opportunity. But once it’s ready, you’ll be the first know.