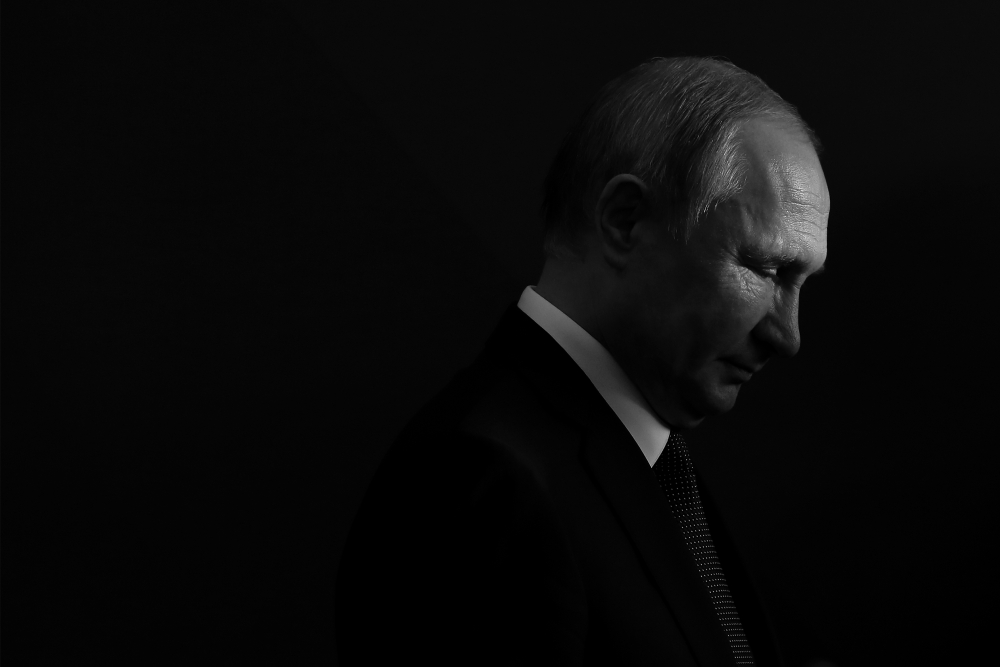 Putin on the Ritz

A British thinktank (which some say are thinkiest of tanks) has accused Netflix of funneling its international profits through low-tax havens like the Netherlands, Luxemburg, and the sovereign nation of OneLastThingsylvania.

(Absolutely no relation to this e-letter. But if you’re one of the biggest companies in the world looking to semi-legally hide your wealth… don’t call me. Wink.)

In 2018, UK Netflix subscribers paid the equivalent of $1.121 billion in subscription fees. That same year, Netflix claimed $1.204 billion in tax relief from the British government for making shows in the UK like The Crown and Stranger Things but British.

TV shows made in the UK that cost more than £1m per episode to make are eligible for the relief (but it doesn’t really matter if they’re any good or not). Netflix says it spent more the $500 million making TV shows and movies in the UK last year.

And yet, at the end of 2018, the company’s UK financial filing stated revenues of just $53.5 million and $2.6 million of pre-tax profits.

At first glance, that makes it seem like this whole streaming thing may not be as profitable as we thought it was.

However, according to the thinky boys at Tax Watch, this is because hundreds of millions of pounds from British subscribers are channeled through Netflix’s European headquarters in the Netherlands. (Because there’s nothing more European than a roofer from Stoke-on-Trent watching The Crown in his tighty-whities, eating a steak-and-kidney pie.)

“In total, we estimate that the company moved between $327.8m to $430m in profits to low tax jurisdictions from its international operations,” Tax Watch said in the report.

“There is little doubt that Netflix has structured itself to avoid paying tax, and evidence from the company’s US filings suggest that the company is moving money from its international markets into tax havens.” 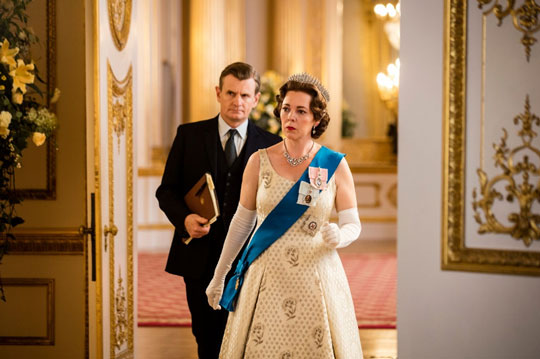 I have not seen The Crown, but emerging research suggests it may be as much as 30% less pointless than the royal family itself.

John McDonnell, the shadow chancellor (which is an unlockable character in the British government), says Netflix is ripping off Britain’s public services by channeling profits through tax havens even though it appears to have employees, property, and a substantial customer base in the UK.

Netflix replied with the usual legal kung-fu, pointing out that all it was doing was taking full advantage of the tax rules as written by the British government (and if you’re not happy about, don’t come to us. Just fix your tax rules, you idiots.)

Macroeconomist Graham Summers has been hanging around the OLT offices all this week. At this point, we’re kind of getting sick of each other. But Graham has one vital piece of information to reveal before we kick him out.

If you’ve been following One Last Thing, you’ve heard Graham lay out his incredible case that the Fed is directly intervening in the stock market. But, if you know anything about this guy, you know he’s not some passive couch economist.

Graham spends an enormous amount of time and resources identifying the source of this market anomaly to give himself an edge above the average investor.

Graham will reveal everything at the end of today’s article, or you can click here and find out how to profit from the Fed’s “ghost money” right now.

My Greatest Discovery to Date

We’ve covered a lot of ground in the pages of One Last Thing over the last week, so let’s do a quick wrap-up of everything we know so far.

Central banks are now openly intervening in the stock market. The Swiss National Bank and the Bank of Japan both print money and buy stocks outright.

The Fed is also intervening in the stock market, though it is doing so not as an investment but to prop up the markets when they are in danger of breaking down.

We know these are interventions because:

The Fed’s interventions focus on four key stocks: Microsoft (MSFT), Apple (AAPL), Amazon (AMZN), and Facebook (FB). Together, these companies account for over 10% of the stock market’s weighting.

If the Fed can get these big four companies to rally, the automated trading programs that make up 90% of all trading activity in the stock market will take over, buying everything else to drive the market higher.

So we know the Fed is intervening in the stock market. We know which companies it’s using to do this. And we know how and when it happens.

Now the big question is… how do we profit from this?

Readers of One Last Thing have sent in a lot of questions over the last few days.

And that question above – how to profit from Fed interventions – is by far the most common. That tells me you guys think like I do.

It would be one thing to simply know this market anomaly exists… that would you put you well ahead of nearly every investor on the planet.

But learning how to “front run” these interventions takes it one step further – delivering you hard and fast LIFE CHANGING profits.

In fact, the system I’ve built around this discovery has already produced gains of:

And I’m finally ready to reveal everything to you – including how YOU can start profiting from this strategy today.

I call it Ghost Money Trader. And it’s my most explosive research service to date.

All you need to do to get started is click here now.

Putin on the Ritz:
Vladimir Makes an Unexpected
(But Predictable) Power Grab

Russian President and shirtless horse rider Vladimir Putin announced a major constitutional reform yesterday to set himself up as secret king of Russia for all time.

Vlad’s tenure as Russia’s president is scheduled to come to an end in 2024. But the world’s most botoxed Skeleton took steps last night to secure his control of Russia long after leaving office.

On paper, the reforms limit the power of the presidential office and hand more control over to Russia’s parliament. Additionally, the State Council, a panel of presidential advisors that not much is known about, would receive new powers (which come with a giant marionette machine to control the new president’s brain).

Where exactly Putin fits into this newly reformed government after he leaves the office of president is unclear. But the desperately insecure strongman now has multiple avenues, from which he can resume total control of the world’s most drab superpower (at least China has good food).

What these reforms ensure, however, is that no one can become more powerful than Putin through the machinations of government ever again.

“The beauty of the constitutional reforms … (are) that it gives him a number of different possible perches where he can sit within the elite to continue to exercise influence of control over the political process after his current terms ends in 2024.”

Following Putin’s surprise announcement, the entire Russian government resigned in unison, though it is unclear if this was protest, planned, or coerced at the end of a very affordable rifle.

Prime Minister Dmitry Medvedev resigned on state television and was immediately appointed as Putin’s deputy within the state’s Security Council. Mikhail Mishustin, the head of the Federal Tax Service, who presumably has no mind of his own, was swiftly appointed as Medvedev replacement.

It’s getting hot in here (so hot), it’s time to reassess some core assumptions about modern finance. (Sing to the tune of Nelly’s Hot in Herre.)

According to findings by three separate weather agencies, the last 10 years have been the hottest decade on record (which probably doesn’t come as a surprise to anybody who’s entire country is on fire).

The findings were published yesterday by the UK Met Office and the U.S. government’s own National Oceanic and Atmospheric Association (NOAA), corroborating an early report by the World Meteoric Organization (WMO) and a blind person standing outside in Australia.

Not only has the 2010s been the hottest decade on record, but the years between 2015 and 2019 are all in the top five hottest years (probably from all the hot Twitter takes, am I right fellow young people?)

“Carbon dioxide levels are at the highest that we’ve ever recorded in our atmosphere, and there is a definite connection between the amount of CO2 and the temperature,” said Professor Liz Bentley from the Royal Meteorological Society.

These findings are undoubtedly the source of the anxious statement made by BlackRock CEO Larry Fink earlier this week.

Tuesday, the head of the largest money manager in the world said in his annual letter to CEOs that he plans to make confronting climate change a key component of his firm’s strategy.

Fink said, “the evidence on climate risk is compelling investors to reassess core assumptions about modern finance” and will fundamentally reshape investing in the coming decade.

We reported on Fink’s statement earlier this week but since then we’ve had a chance to peep into BlackRock’s new climate-focused strategy.

BlackRock says it will vote against boards and management that fail to account for climate risks or make progress on sustainability plans. BlackRock will also put pressure index providers to add more sustainable benchmarks, double its sustainable exchange-traded funds (ETFs), and sell $500 million worth of investments in thermal coal producers by the middle of 2020.