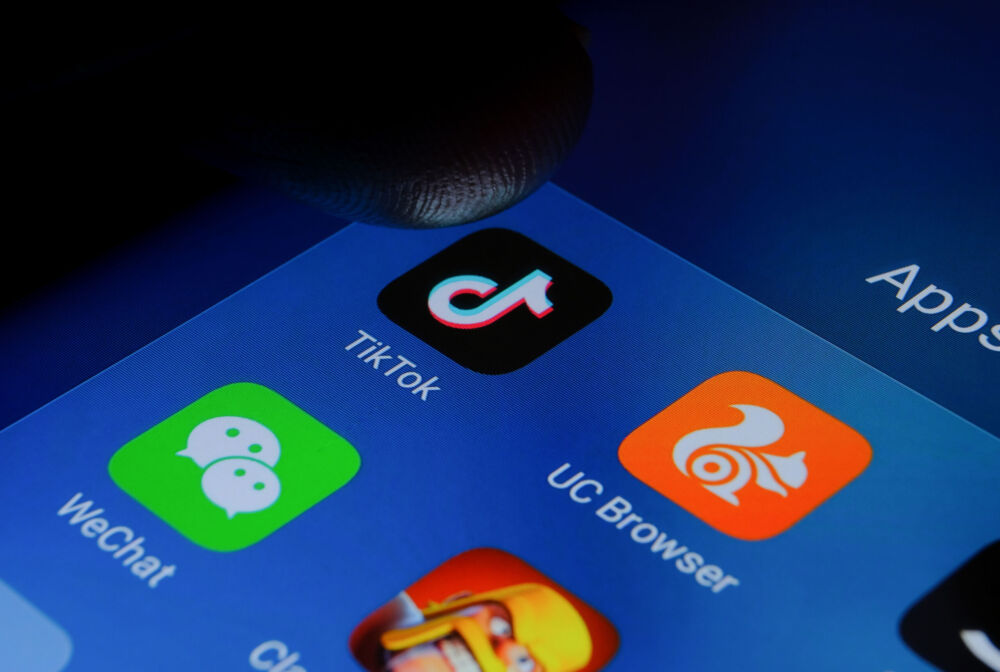 POV: You're a Chinese App Banned by E.O.

Uber reported a 29% decline in revenue last quarter, for totally bizarre reasons unrelated to the pandemic.

A giant swarm of bees has started carrying everyone to wherever they want to go for free, cutting into Uber’s core nah, I’m kidding, it was the pandemic.

Gross bookings (which is when you call an Uber specifically to throw up in it) declined 17% from the same period last year.

On the other hand, Uber’s food delivery service exploded 113%, as folks substituted good old-fashioned human contact with burgers and fries left on their doorstep by a mysterious unseen figure.

On an earnings call Thursday, Uber CEO Dara Khosrowshahi said, “The Covid crisis has moved delivery from a luxury to a utility.”

He also said he believes folks willcontinue to order food with Uber Eats after the pandemic because you don’t become the CEO of a company like Uber without being a hopeless optimist.

Despite the rapid growth in deliveries, Uber Eats is still very much run like an Uber business. And that means it doesn’t really do the whole “profit” thing. Instead, it ended up losing about $232 million last quarter.

Uber’s rideshare business is slowly starting to recover, though its ability to do the thing that it does is limited by the speed at which governments reopen and the resurgence of the virus.

“When cities move again so does Uber,” said Khosrowshahi.

The price per share of Uber’s stock (UBER) dropped more than 6% when the markets opened this morning, as investors struggled to swallow the usual “we’ll be profitable someday” shtick in the middle of a global crisis.

The ban is a drastic escalation of the Trump administration’s core policy of Not Liking Chinese Stuff and Trying to Make it Go Away, and will likely draw retaliation from Beijing.

If all goes according to plan, the social media crackdown will go into effect in 45 days and prevent US users from downloading TikTok and WeChat, Tencent’s global messaging app.

(And just as we were about to launch the One Last Thing TikTok channel! I had all these great dances planned and this POV video where I was a Dukakis canvasser reincarnated into your newborn baby. What a shame.)

“[WeChat] automatically capture vast swaths of information from its users,” said Trump in his executive order.

(I guess this is the part where I write the bit that goes into every TikTok article.)

TikTok maintains it would never hand over private data to the Chinese government. But legal experts maintain, given China’s internet security laws, TikTok would have no choice but to cough up the juice. All the party would have to do is ask.

Folks in the data collection sphere have their own concerns about TikTok and WeChat, claiming these specific apps skim buckets more information than even mega offenders like Facebook and Google. Which, you know, sucks.

China’s foreign ministry said this morning it firmly opposes the executive orders and warned that the US would have to “bear the consequences.” (Consequences, I’m hoping, are limited to seeing less of the gross stuff people make on TikTok.)

July’s job gain slowed from previous months amid a resurgence of folks getting all up inside each other’s corona zones.

The US economy added a combined 7.5 million jobs in May and June. But the resurgence of the virus has slowed the recovery effort from a delta-force rescue mission to a bunch of divorced dads trying to fish their kids out of the ball pit.

Just under half of the jobs lost during the pandemic have been recovered, though unemployment remains at a historic high of 10.2%.

“But the downturn was so big—the hole that was dug was so deep—that it will still take probably at least a couple of years to dig ourselves out.”

Separately, a Cornell University survey found that 31% of Americans who went back to work were almost immediately fired.

In this week’s episode, money is made, money is lost, and history repeats itself, as cruise ships are once again incubating COVID outbreaks.