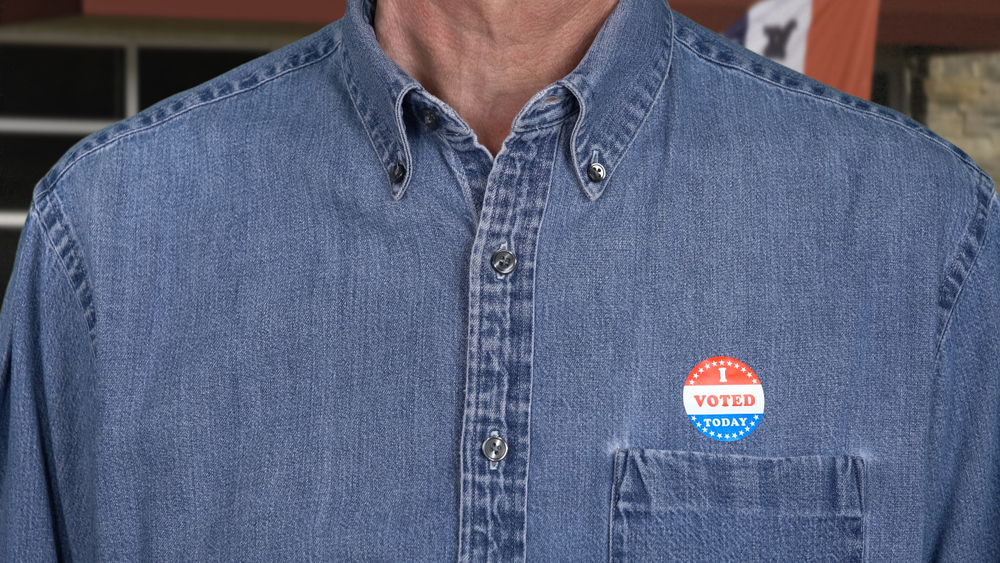 And the fallout from those two years will go on to influence the 2020 election, deciding who will become, or stay, the president of the United States for the next four to eight years…

So, you can probably understand why the folks in the mainstream media are driving themselves crazy trying to predict who’s going to win. But unfortunately, much of their efforts at polling are poorly coordinated and colored by their own readership bias.

Or as Mark Twain would put it, “Lies, damned lies, and statistics.”

Rather than work myself into a frenzy trying to sort through all the mainstream media noise, I sat down with political expert Jim Rickards who laid out the facts and numbers for me plain and simple.

In today’s issue of Money & Crisis, Jim gives us his midterm predictions, highlights the six races to watch on election night, and warns us of a serious market upset on the horizon.

P.S. After 15 years of secrecy, Jim is finally able to reveal this sensitive information on camera. It has everything to do with a powerful tool he developed while working with the U.S. government… that can predict surprising political and economic events before they happen. Click here for Jim’s shocking confession.

Here’s the lay of the land.

The Senate is divided between 51 Republicans and 49 Democrats (including two Independents who caucus with the Democrats). A change of two seats in favor of the Democrats will give Democrats control of the Senate under the leadership of Chuck Schumer of New York.

Of the 100 Senate seats, 35 are up for election in 2018. Those 35 Senate seats are currently divided among 24 Democrats, the two Independents who caucus with Democrats, and nine Republicans.

Simply put, the Democrats have more turf to defend and potentially more to lose.

Twenty of the 35 seats are considered safe for the incumbent party; those seats will not change parties and will not affect the balance of power in the Senate.

The remaining 15 seats consisting of ten Democratic and five Republican incumbents are close in the polls and will determine the balance of power.

The remaining five seats, of which three are Democrats and two Republicans, are too close to call.

The close races are Arizona and Nevada (both now Republican) and Missouri, North Dakota, and Montana (now Democratic). The Democrats would have to win all five of those close races while keeping all of their current seats to gain control of the Senate.

The Democratic control scenario is extremely unlikely to happen.

The one Democratic seat leaning Republican is Heide Heitkamp of North Dakota. The latest polling (Oct. 4) shows Republican challenger Kevin Cramer ahead of Heitkamp by 12 percentage points. Heitkamp’s vote against the confirmation of Brett Kavanaugh doomed her chances.

North Dakota is a pickup for the Republicans. This means that the Democrats would have to go five for five in the close races and score an upset in one of the “leaning Republican” states such as Tennessee or Texas. But Republicans in those states are ahead by 14 points (Blackburn in Tennessee) and eight points (Cruz in Texas) respectively.

In short, the Democrats have no likely or clear-cut path to Senate control. Investors can safely conclude that the Senate will remain Republican with a slightly larger majority of 52-48 or even 53-47 once the close races are decided.

Liberal Pollsters Are Misrepresenting the Numbers

The House of Representatives is a different story.

All 435 seats are up for election in the midterms on Nov. 6. Republicans currently control the House by 236 seats to 193 for the Democrats with six vacancies that will be decided in the upcoming election. The Democrats will have to hold all of their existing seats (including the two Democratic vacancies) and pick up 23 currently Republican seats to gain control of the House.

Of the 435 seats up for grabs, 368 (191 Democrats and 177 Republicans) are considered safe for the incumbent party or lean heavily in favor of the incumbent. That leaves only 67 seats that lean slightly either way or are too close to call.

The Democratic pickup of 23 seats will have to come from that group of 67 seats in order to win control of the House.

Put another way, if the Democrats win 27 of the 67 toss-ups while Republicans hold 40, the Democrats will take control of the House when the 27 wins are combined with the 191 safe seats.

Predicting the outcome of those 67 close elections is extremely difficult because important indicators such as polling, likely turnout, and enthusiasm are changing by the day. The vast majority of polls and pundits are predicting a Democratic victory in the House. But those predictions must be taken with more than a grain of salt.

Most major pollsters are associated with media outlets such as ABC, NBC, The Washington Post, The New York Times and others who heavily favor the Democrats. Their polling methods can skew the outcome in favor of Democrats by sampling all voters (instead of “likely” voters) and by oversampling Democrats in general.

These were the same mistakes the pollsters made in 2016 when they predicted Hillary Clinton would be elected president with a likelihood of between 70–90%. The pollsters who were wrong in 2016 will likely be wrong again because they have done little to improve their models or balance their methodology

The quality of polls and the final election results depend entirely on turnout. Pollsters make assumptions about millennial, Hispanic, female, and African-American turnout and likely voting patterns that are incorrect. Liberal pollsters routinely overestimate millennial and African-American turnout. They also overestimate the so-called “gender gap.”

Finally, Hispanic voters seem to be splitting 70-30 for Democrats instead of the 80-20 pro-Democratic split the pollsters assume. Once the polls are adjusted for all of these factors, the Republican showing will be much stronger than the media project.

Finally, let’s look at some recent polling data from actual bellwether races. Here are six races (shown by state and district number) to watch on election night and in the weeks ahead to get a feel for how the overall House election will turn out: PA-8, NC-9, IL-12, FL-26, CA-10, andCA-45.

While this data clearly favor Democrats, a few words of caution are in order. Four of the six districts have polling results within the poll’s margin of error. When that information is put in the context of the polling critique above, the races may be closer than they seem.

The other caution is that these figures are between 5–10 days old. Given the dynamic nature of these midterm elections and recent trends toward Republicans, the North Carolina 9th District and the California 10th District may produce surprise victories for Republicans.

The bottom line is Democrats are slightly favored to take control of the House of Representatives.

But the election is much closer than headlines and polls make it appear. When polling deficiencies and dynamic surges in turnout are taken into account, the election will be close and Republicans may hold onto the House, if just barely.

Since all of these trends are still in play, close attention needs to be paid over the next two weeks before final forecasts of the outcome can be made with confidence.

What Does This Mean for You and Your Money?

If the Senate and House both remain in Republican hands, expect more of the same. The Senate will continue to confirm Trump-appointed conservative judges to the federal courts and perhaps a justice to the Supreme Court should another vacancy arise.

Even with a narrow majority in the House, party discipline will enable a Republican House to work with a Republican Senate and the White House to increase defense spending, pursue bilateral trade negotiations, and isolate China on the global scene. Trump will continue his efforts to “build the wall” and tighten immigration enforcement.

If the Senate remains in Republican hands (as expected) and the House is controlled by the Democrats (a close but likely outcome as of today), investors should expect radically different results.

Chief among these efforts will be hearings aimed at impeaching Donald Trump.

Trump will respond in kind and effectively go to war with the Democratic-controlled House. Trump thrives on such controversy and will use the impeachment effort to energize his own campaign for re-election in 2020.

The result will be a paralyzed government unable to pursue effective fiscal policy, domestic policy, or international relations. While the impeachment wars are raging, the 2020 presidential campaign will go into full swing, which will politicize the environment ever more.

The hardball politics and bitterness that suffused the Kavanaugh confirmation will be back with full force except the dysfunction will last for two years, not two months.

All of this will be highly negative for U.S. stocks and bonds. It’s not that markets will choose sides. It’s more the case that markets despise uncertainty, and the political dysfunction described above will produce the greatest political uncertainty since the Cold War and Watergate.

Investors can prepare for this outcome now by reducing equity allocations and increasing allocations to cash and gold. Then be prepared to stay up late on election night to see how events transpire.

It contains sensitive information that I’ve only just revealed. I can’t reveal everything, for national security reasons. But I say as much as I can legally say. And everything’s true, I promise.

To date, the CIA has given clearance to fewer than 100 people in the entire world involved with this project.

I happen to be one of them!

Now, this short clip has NOT been sanctioned by the United States Intelligence Community.

But what I reveal has implications far beyond national security. As a tax-paying American citizen, you deserve to know the truth.