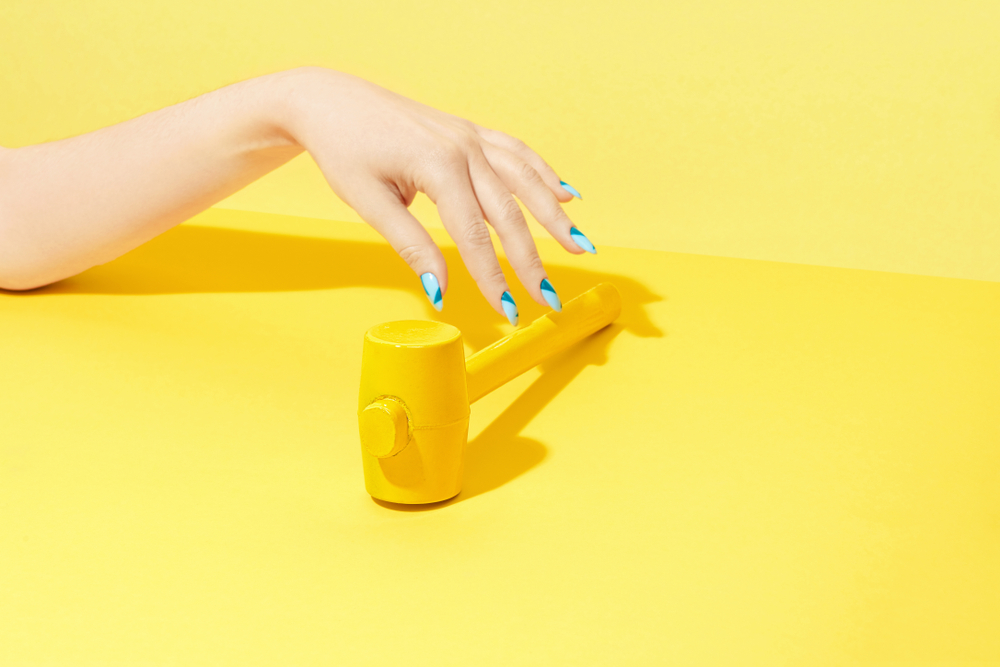 President Trump announced on Twitter last night he will delay tariffs on $250 billion of Chinese goods from Oct. 1 to Oct. 15 as a “gesture of good will.”

The peace offering came just hours after Beijing made its own concession, saying it would exempt 16 types of U.S. products from tariffs.

President Trump said the sudden decision was made “at the request Vice Premier of China, Liu He and due to the fact that the People’s Republic of China will be celebrating their 70th Anniversary.”

(Because we wouldn’t want to ruin a celebration of 70 years of Communist rule, now would we?) 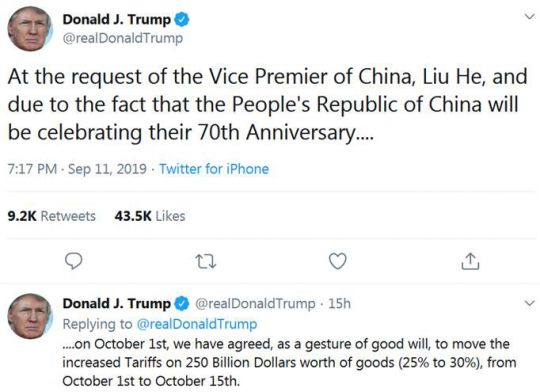 With the next round of talks scheduled for early October, shifting the date will have the added benefit of easing tensions going into those talks. (While still acting as a ticking economic clock that’ll get these negotiations going, yeehaw!)

In this next round of negotiations, China is reportedly going to try a new tactic: giving in to some of Trump’s big demands while shifting focus away from the contentious political issues which have repeatedly scuppered talks. (Do people say “scupper” anymore or is it just an old fisherman thing? We should bring it back. Yarr.)

Rumor has it that Chinese negotiators are drawing up plans to increase purchases of U.S. agricultural products, give added protections to U.S. intellectual properties made in China, and allow American companies greater access to China’s market.

All this could be safely filed under the “W” category for Trump. But broader concerns about geopolitical competition (including the whole Huawei spying for the Chinese gov thing) would be off the table for discussion.

According to the Wall Street Journal’s sources, the “off the table” topics would amount to about 40% of the Trump administration’s demands.

That’s a hard-to-swallow slice of pie chart (especially considering the broader security threat the U.S. considers China to be). But the WSJ says that China will leave the door open to “ongoing negotiations” to discuss that 40% after the trade war is resolved.

There’s no telling if President Trump will go with China’s effort to “refocus” the talks. But, given the roller coaster ride we’ve been on so far (I actually puked at one point), analysts are skeptical about any hint of “de-escalation” from either side.

Talks are scheduled to resume in Washington in early October, but I have no doubt there will be plenty of “developments” before then.

California Takes an Axe to the Gig Economy

California lawmakers (AKA “lawmakers with imitation crab and avocado”) approved a bill yesterday that would force Uber and Lyft to recognize their workers as employees.

Under the terms of the bill, all contract workers will be classified employees if a company exerts control over how they perform their tasks or if their work is part of a company’s regular business.

When the bill is signed into law, all of these folks will be entitled to basic protections like minimum wage and unemployment insurance.

California’s governor and broken Matthew McConaughey sex doll Gavin Newsom gave the bill his endorsement earlier this month and is expected to sign it when it crosses his desk later this week.

Uber and Lyft applied for an exemption to the law, asking lawmakers to reclassify their drivers as a hybrid half-contractor, half-employee abomination. (Apparently oblivious to the fact that the law was created specifically for them. The janitors just caught a lucky break.)

Uber has kept its statements to itself so far but a spokesperson for Lyft said the company was disappointed. (Aw. Maybe Lyft’s partner could pick up a bottle of wine and Chinese carryout and just take a night to decompress.)

“Today, our state’s political leadership missed an important opportunity to support the overwhelming majority of ride-share drivers who want a thoughtful solution that balances flexibility with an earnings standard and benefits,” said Adrian Durbin, a Lyft spokesman.

The success of this bill may influence other states that have been pushing similar legislation and, ultimately, threaten the entire business model of gig economy apps like Lyft and Uber. (Though I’m not sure if “we’ll be magically profitable at some point eventually” can be called a “business model.”)

It’s estimated that reclassifying their workers as employees will raise costs for Lyft and Uber as much as 20% to 30%. Which is especially unappetizing considering these companies are already hemorrhaging money as it is.

Uber will be hoping it can crack this self-driving car thing ASAP, so the company can get rid of these pesky humans forever.

Epstein’s Fake Charity Was Fake, Surprising No One

Dead pedophile Jeffrey Epstein (let’s call it like it is, folks) was funneling private money through a charity bank account at Deutsche Bank, according to a new report by the Wall Street Journal.

Epstein established the Gratitude America Ltd. foundation as a vague charitable entity in 2012 and made little-to-no effort to make it seem like a real charity.

The foundation’s stated purpose, according to the nonprofit filings, was “to support the expression of gratitude for the ideals of America.” (Which is only slightly better than “to move around money made from child-sex trafficking and do some light tax fraud while I’m at it.”)

Through a Deutsche Bank account, millions of dollars were funneled into the (and I use this word loosely) charity.

In 2015, financier Leon Black gave the foundation a $10 million “gift” through a limited-liability company that didn’t bear his name. (Because nobody wants “$$$ to Jeff Epstein” showing up on their credit card statement.)

Gratitude America’s money was supposedly redistributed (with “gratitude”) to non-profits around the world, though many of the recipients listed in the charity’s filings said they never received any money.

According to Gratitude America’s tax returns, the foundation made a $15,000 contribution to the Elton John AIDS Foundation in 2017. But a spokesperson for the Pinball Wizard’s charity said it has no record of such a contribution. 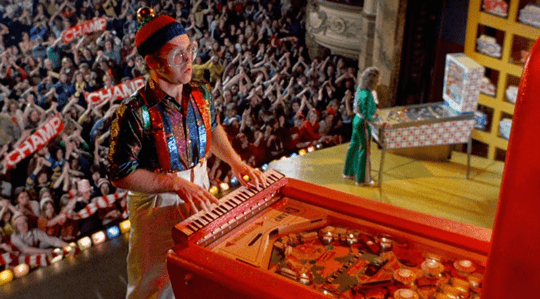 File footage of the Elton John AIDS foundation checking their donation records for 2017.

In the same vein, the Cancer Research Wellness Institute said it never received money from Epstein Fake Charity Ltd., despite a $75,000 donation on Gratitude America’s books.

Even the entities that confirmed they received the donations are suspicious, with many of the global charities saying they had received a donation but it had come from Epstein personally, not from Gratitude America.

This dumpster fire is just getting started folks. Stick around and we’ll have more on this as the story develops.

In today’s edition of One Last Thing we’re going to take a “trip across the pond” (as comedy writer’s say when they need an easy laugh) to cover a special report that the British government tried to sweep under the rug.

British Lawmakers forced the government to release a classified document that describes the worst-case scenario of a no-deal Brexit (and it ain’t pretty, folks).

According to the report, the number of trucks crossing the main freight route between Calais and Dover would drop as much as 60% the day after Brexit, with disruptions lasting as long as three months.

The supply of certain fresh foods and life-saving medicines would be disrupted and prices would skyrocket across the board. The paper also describes the potential for major protests and riots across Britain.

Former Attorney General Dominic Grieve said it was extraordinary that a British government “is content on inflicting on the British public the level of disruption which is set out in the Yellowhammer papers.”

The British government insisted Operation Yellowhammer is only a worst-case scenario for a no-deal Brexit and there probably won’t be food and medicine shortages and rioting in the streets.

Meanwhile, British Prime Minister Boris Johnson is hell-bent on hitting the rapidly approaching Oct. 31 date, saying he’d rather be “dead in a ditch” than not leave the EU by then.

It’s uncertain how he plans to achieve that, now that he’s lost his majority in parliament, and lawmakers blocked his plans for a snap election. But I would be surprised if little Boris has some whacky “get out of the EU quick” scheme up his sleeve.

Between this and the new wave of trade talks between the U.S. and China, October is shaping up to be a very spooky month for the markets.