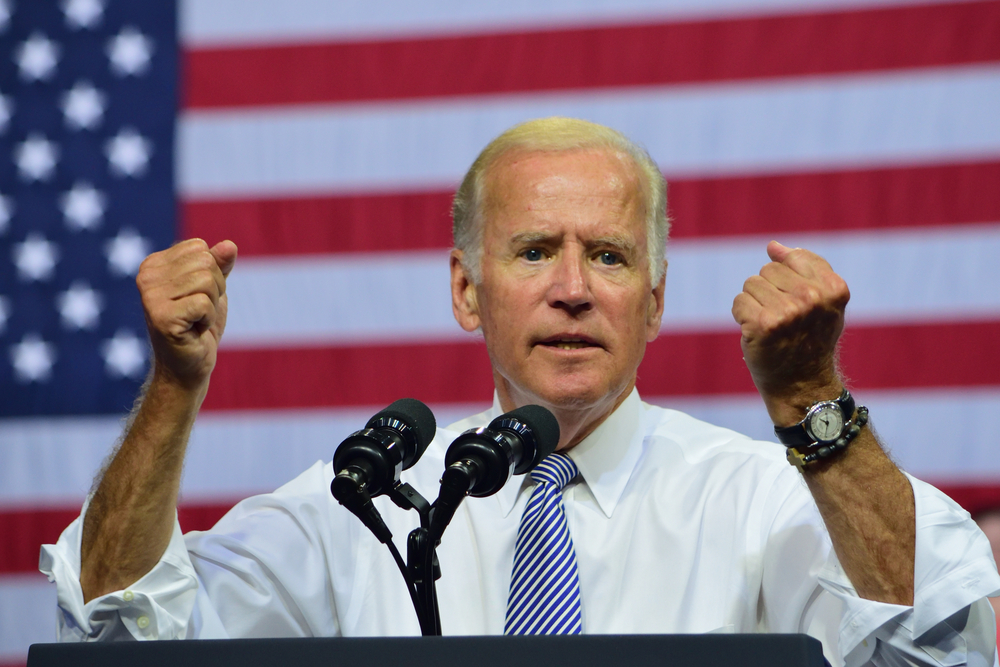 Obidencare: The Return of the ACA

Facebook’s philosophy is typically that it’s easier to ask forgiveness than permission. But in order to get its next project off the ground (turning the world financial system on its head), it’s going to need the support of lawmakers, banks, and folks who think of cryptocurrency as some form of computer magic.

Today and tomorrow, in two days of hearings, Facebook will make the case for its global cryptocurrency, the Libra. (And try to convince lawmakers that it’s not going weaken the government’s vice-like grip on the economy.)

Facebook will face skepticism from both sides of the aisle during these hearings.

Democrat Maxine Waters has already started fear-drafting legislation to block the global payment system. Meanwhile, Treasury Secretary and stock photo of an accountant Steven Mnuchin says Facebook has a lot of work to do to convince them it’s responsible enough to have its own currency.

“Many players have attempted to use cryptocurrencies to fund their malign behavior. This is indeed a national security issue,” Mnuchin told reporters yesterday. “Should Facebook develop its digital coin, called Libra, to “have a payments system correctly with proper [anti-money-laundering safeguards], that’s fine. [But] they’ve got a lot of work to do to convince us to get to that place.”

In an attempt to put its least creepy foot forward (anyone but Mark), Libra’s creator and former president of PayPal David Marcus will take the hot seat and field lawmakers’ questions.

“We know we need to take the time to get this right,” said Marcus in his written Senate testimony. “Facebook will not offer the Libra digital currency until we have fully addressed regulatory concerns and received appropriate approvals.”

Marcus goes on to say that Facebook has no intention of competing with any sovereign currencies or entering the monetary policy arena.

The Libra Association, which will manage the Reserve, will work together with the Federal Reserve and other central banks to make sure the free market doesn’t get too free.

Unlike bitcoin, Libra is not being pitched as an investment opportunity. Facebook envisions its crypto as a global currency to be used in everyday trading (like buying socks, eggs, and another example of something people buy which I can’t think of right now).

To help achieve this, Libra will get pegged to a basket of developed-world currencies and backed by a reserve of financial assets that include bank deposits and government bonds.

So you won’t have those wild swings of volatility you get with crypto. (Cause it’s nice to know you won’t accidentally pay $500 for a sandwich because of sudden changes in the value of the currency).

We’ll see how Facebook fares on the Hill in the next couple of days. But our crypto expert James Altucher says this year’s biggest news in crypto has yet to come… and it’s got something to do with Amazon.

“With one single move, Amazon will shock the world and create an opportunity for anyone to turn $100 into a retirement fortune in the next 12 months,” says James.

Just 10 days from now, on July 26, Amazon could unleash a $1.91 trillion bitcoin shock with a single announcement.

Click here to get James’s plan for using this event to turn a single $100 bill into a retirement fortune… in a matter of months.

Today in stuff-we-pretty-much-already-knew-but-now-there’s-a-report-about-it news, Julian Assange held secret meetings with Russians in the Ecuadorian Embassy in London during the 2016 election.

According to the report compiled by UC Global, a private Spanish security firm hired by the Ecuadorian government, Assange received in-person deliveries from Russian operatives and “world-class hackers.” (Oh, Barbara. You really are spoiling us with this spread of world-class hackers. Jeremy, you must try the North Korean cyber operative with the brie.) 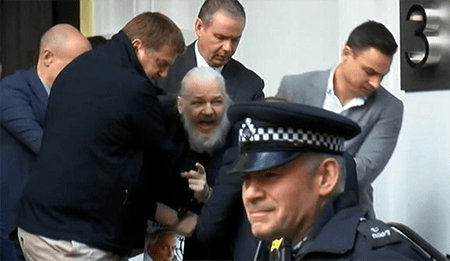 I don’t have a funny caption for this. I just can’t pass up an opportunity to use this amazing photo every chance I get.

I don’t have a funny caption for this. I just can’t pass up an opportunity to use this amazing photo every chance I get.

During the meetings, which could last hours, Assange took delivery of hacked materials and hardware upgrades that allowed him to bypass the embassy’s security and transfer massive encrypted files from Russian operatives.

In its report, which contains hundreds of pages of surveillance reports and visitor logs, UC Global concludes that there was “no doubt that there is evidence” that Assange has ties to Russian intelligence agencies. (Gasp!)

Currently, Assange is serving a 100-day sentence in a British jail cell for skipping bail. Or as the British call it, “having afternoon tea with I’mnotgoingtoprisonyoub*****ds.” (My cockney may be a little rusty but I think that’s right.)

When his sentence is served, Assange will be extradited to the U.S. where he faces charges of espionage.

Obidencare: The Return of the Affordable Care Act

Former Vice President Joe Biden unveiled his healthcare plan yesterday. (And it’s pretty much “Obamacare with some extra stuff and we’re going to roll back some Trump stuff.”)

Biden is pitching “his” healthcare plan as the Affordable Care Act 2.0.

It takes some of the most popular parts of the ACA, reintroduces some ideas that were cut from early drafts, and adds a tiny sprinkling of new ideas.

Predictably, progressive Democrats are upset because it’s not Medicare for All. (And that’s just a fun thing to say now.)

“I understand the appeal of Medicare for All,” said Biden yesterday. “But folks supporting it should be clear that it means getting rid of Obamacare. And I’m not for that.” (Because it has “Obama” is in the name and my best shot of being elected is reminding you that I was Obama’s Vice President.)

It’d be a heck of a lot of fun to just call this Obidencare and move on to today’s One Last Thing. But we spend too much time in American politics arguing over the idea of proposals and not enough time discussing what’s actually in the proposal. (Which is how you get to a healthcare system where a bag of salt water costs $546.)

So here’s a quick rundown of what’s actually in the Obamidencare proposal:

Of course, while the new wave of Dems are upset that Biden’s proposal doesn’t go far enough, the Republicans say the proposal goes way too far. (Though you can bet your bottom billion they’d have an easier time swallowing this than Medicare for All.)

The folks in the Biden camp estimate the cost of the plan to be $750 billion over 10 years. And they plan to pay for some of that by rolling back Trump’s huge tax cut package.

“We’re starting with the Affordable Care Act as the base and going to insist on the elements that we sought last time,” said a senior Biden campaign official. “And we’ll get them this time.” (And somewhere off in the distance, Mitch McConnell can be heard laughing maniacally.)

Dems. Republicans. Libertarians. I want to hear from you on this one.

Too far? Not far enough? Just what we need or a needless step backward?