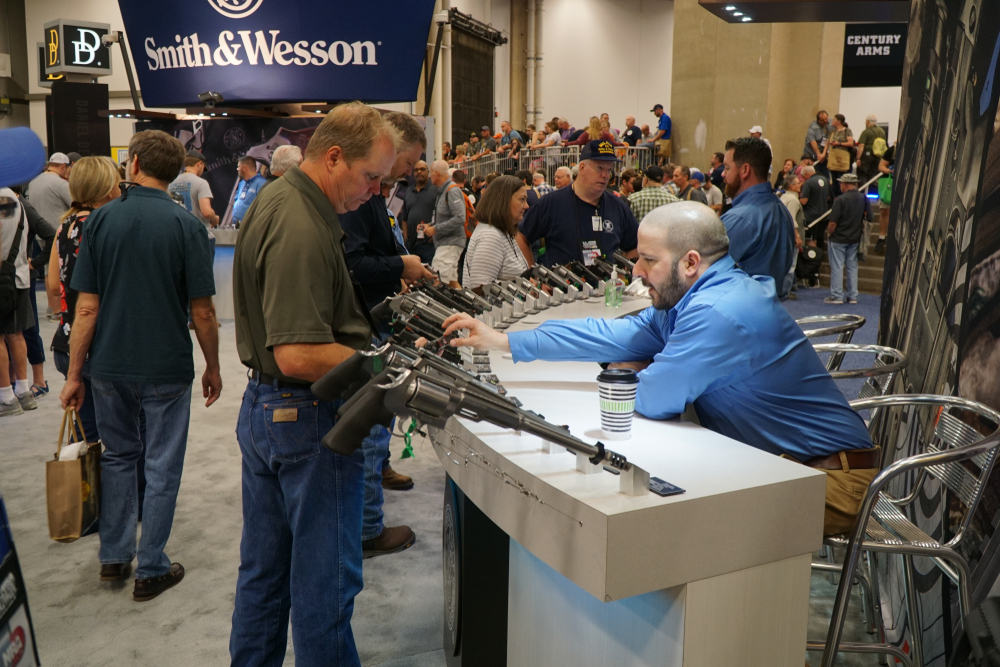 NRA Funneled Money into Own Pockets

NRA Leaders Funneled Money into Their Own Pockets

Over the past three years, 18 NRA board members have collected hundreds of thousands of dollars in deals made with the organization. (And dozens of bear claws, Danishes, and other assorted baked goods served at meetings.)

According to tax filings, state charity reports, and other correspondence collected by the Washington Post (since confirmed by the NRA), 24% of the organization’s unpaid board members are making serious bank selling goods, teaching classes, and making speeches for the NRA.

Among those who received payouts from the organization was Dave Butz — a two-time Super Bowl champion. (Who famously shouted, “We came, we saw, we kicked their Butz” at the Super Bowl XXII victory parade. Which makes no sense, Dave. You’re the Butz in that sentence.) 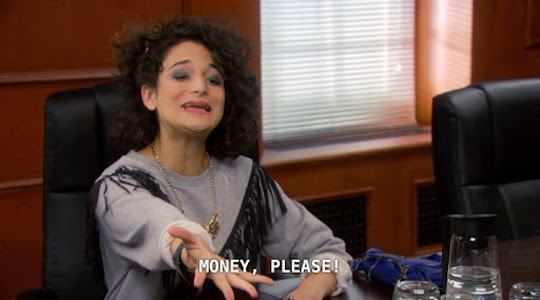 File footage of NRA board member doing some public outreach.

Now, it’s important to note that zero laws were broken here. Board members provided services and goods to members of their group and got paid for it. Fair and square.

But it does have some NRA members questioning if those that oversee the organization’s finances have the best interests of their members at heart.

Board member and Basketball Hall of Famer Karl Malone told The Post that NRA members should be concerned if this report is true.

“If these allegations are correct and 18 board members received pay, you’re damn right I am [concerned],” Malone told The Post. “If it’s correct, the members who pay their dues should be damn concerned, too.”

The report comes hot on the heels of stories of NRA infighting, allegations of lavish misspending of organization funds by its board members, and an ongoing investigation by the New York attorney general.

According to invoices leaked to the press, CEO Wayne LaPierre has spent hundreds of thousands of dollars of NRA money in charges at a Beverly Hills clothing boutique and on foreign travel. (It’s important to look nice when you’re representing the brand overseas.)

I’d like to hear the perspectives of some NRA members on this:

Should the board be able to leverage their positions to line their own pockets? Or does it undermine their ability to represent the interests of American gun owners?

Click here to shoot us an email and give us your perspective on the current leadership.

Who Won the Mexico Trade Negotiations?

After reviewing the progress made in last week’s immigration negotiations, President Trump has decided to nix the Mexican tariffs scheduled to go into effect this morning. (Which means I bought 178 frozen avocados for nothing.)

Now, there’s been a lot of hullabaloo going around about what is and isn’t in the trade deal and what the tariffs actually achieved. (So I’m going to get sacks-full of angry emails from readers if I even mention it.)

So let’s see what’s actually in the deal:

The deal also included support for economic development in Central America. (Because if you make somewhere nicer and less murdery, then folks won’t want to flee it as much.)

The president tweeted at 5 a.m. Saturday morning that Mexico has also agreed to buy “large quantities of agricultural product” from the U.S., though there’s no specific language in the deal that secures that.

So to sum it all up, Trump didn’t get everything he wanted from the deal, but overall this is a massive win for the administration’s immigration plan. And, for now, U.S.-Mexico relations are back on track.

At a rally on Saturday, Mexican President Andrés Manuel López Obrador told supporters, “We reiterate our disposition [to the U.S.] for friendship, dialogue and cooperation.”

President Trump responded on Twitter, saying, “I have full confidence, especially after speaking to their President yesterday, that they will be very cooperative and want to get the job properly done.”

Meanwhile, there’s another crisis developing that no one’s paying attention to right now.

Ten years ago, Donald Trump went on live TV with bestselling financial author Robert Kiyosaki and together they predicted that most Americans would be forced to retire poor. 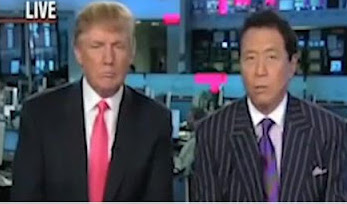 Unfortunately, they were right.

A new report from the Federal Reserve Board shows that 40% of Americans are so broke now that they can’t even cover a $400 emergency expense. (More on this in today’s One Last Thing.)

While Donald Trump went on to get some job in Washington (president of something or other, I think), Robert has been working on ways folks can make enough money to survive the crisis.

Robert discovered 49 retirement income secretsof the rich. Just a couple of these could add up to $1,000s in your pocket, week in and week out, even if you’re starting with little money.

And today, he’s giving all those secrets for free as part of a 7-video series masterclass.

An estimated half a million people took to the streets of Hong Kong today to protest a controversial bill that would make it easier to extradite people to mainland China.

Supporters of the bill say Hong Kong’s current laws will make it a haven for criminals escaping justice (and China in general).

But critics worry that the bill will be abused to target and remove political opponents to Beijing. 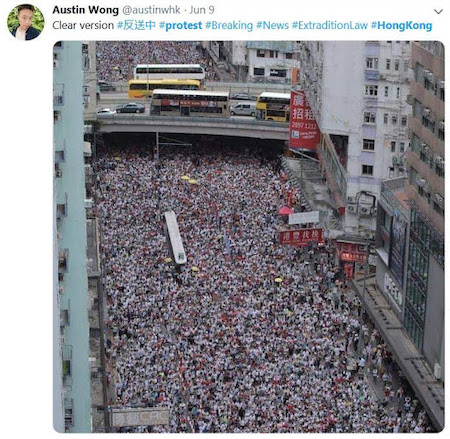 You know there’s at least one guy in there that went out to get milk and got stuck in the biggest protest in Hong Kong’s history as an autonomous state.

Under the new law, suspects of crimes punishable by seven years or more could be extradited to China for trial.

Some folks might roll out the old “if you’re innocent you have nothing to fear” argument here. But this is China we are talking about.

The conviction rate in Chinese courts is 99%. Which either means they never falsely accuse someone of a crime OR they convict everyone regardless. (Care to take a guess which one it is?)

Even before conviction, guests of the Beijing Police can enjoy a bevy of human rights violations — including, but not limited to, torture, humiliation, indefinite detention without sentencing, and denial of legal representation.

(“Please note the Beijing Police do not take reservations. Simply leave your name and political affiliation and WE WILL FIND YOU.”)

Hong Kongers (this is the actual term, believe it or not) have a unique identity entirely separate from both China and their British colonizers. But ever since the UK handed Hong Kong back to Beijing, they’ve watched as their civil liberties rapidly eroded over a matter of decades.

Since then, Beijing has gained more and more influence over the region and its political parties. But many fear the extradition bill will be the straw that breaks the camel’s back.

For now, Hong Kong’s leaders seem unperturbed by the protests (as unperturbed as you can be by half a million people who disagree with you) and will go ahead with the bill as planned.

Activists have called for strikes and boycotts on Wednesday when the reading of the bill will resume. We’ll have more as the story develops.

For the first time, the G20 just recognized the crisis predicted by Donald Trump and Robert Kiyosaki on live TV ten years ago.

We’re getting old. (By which I mean the average age of the world’s population is rapidly increasing. I’m not getting old and I never will.)

Nobody’s saying that more seniors are a bad thing (and frankly I don’t need the emails). But when there are more people leaving the workforce than entering, there isn’t enough money generated to support the financial systems the older generation depends on.

As Japanese Finance Minister Tarō Asō told reporters: “If the issue of aging starts to show its impact before you become wealthy, you really won’t be able to take effective measures against it.”

G20 financial leaders met in Japan, a country which is already experiencing the effects of the crisis.

The country’s rapidly shrinking labor force has left many major companies unable to fill job openings that would have been snapped up a decade ago.

Meanwhile, the government is scrambling to cover pension costs and the number of employed citizens contributing to the pool rapidly decreases.

Japan’s system is structured differently from our own. But we are essentially dealing with the exact same problem. Social Security is running out. And there is no plan to fix it.

Experts at the G20 recommended a massive overhaul of our systems to accommodate this seismic shift in demographics. But that could take years. Or never happen at all. And in the meantime, folks are going to be left in the lurch when the time comes for them to retire.

Or… you could take your retirement into your own hands.
Click here to discover the 49 retirement income secrets of rich and start building extra income for retirement today.